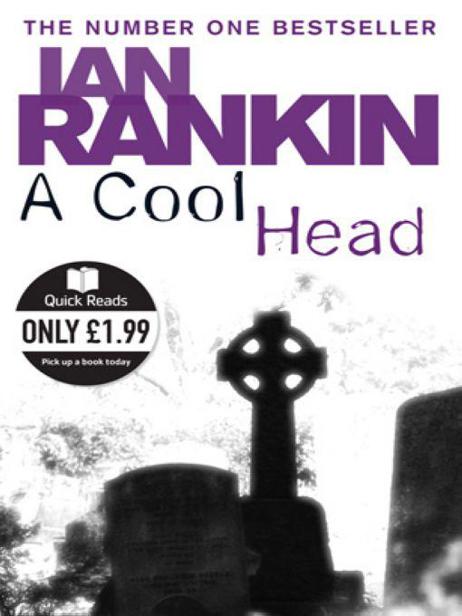 "My dad used to say to me, 'Try to keep a cool head and a warm heart'. At least
I think it was my dad. I don't really remember him."
Gravy worked in the graveyard - hence the name. He was having a normal
day until his friend Benjy turned up in a car Gravy didn't recognise. Benjy had
a bullet hole in his chest, but lived just long enough to ask Gravy to hide him and look after his gun. Gravy had looked after things for Benjy before, but never a gun. When Gravy looked in the car he found blood, a balaclava and a bag stuffed with money. Gravy's not too bright but he wants to help his friend.
So Gravy finds himself caught up in the middle of a robbery gone wrong, a woman who witnessed a murder, and some very unpleasant men who will do anything to get back the money Benjy stole... 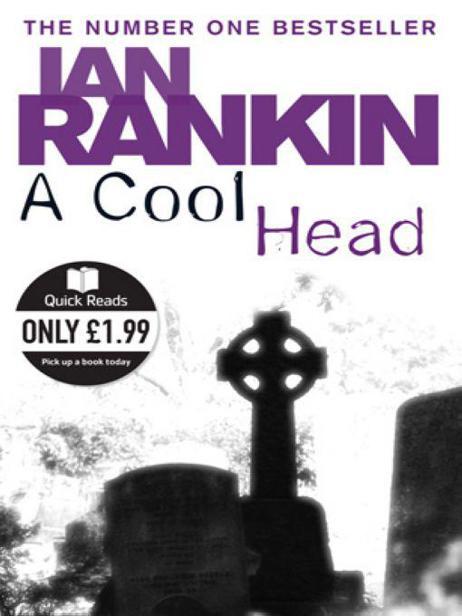 Chapter Thirteen - Jane is in Edinburgh

‘As always, Rankin proves himself the master . . . there cannot be a better crime novelist’

‘Whatever he writes, it will be worth reading’

‘Real life and fiction blur . . . You’ll love every second of it’

‘Ian Rankin is widely, and rightly, regarded as the leading male crime writer in Britain’

‘Ian Rankin . . . has produced yet another class act’

Ian Rankin was born in Scotland and graduated from the University of Edinburgh in 1982. He started to write fiction while studying. His first Inspector Rebus novel,
Knots & Crosses
, was published in 1987. The Rebus books are now translated into over thirty languages and are bestsellers around the world.

Ian Rankin has received many awards, including the Crime Writers’ Association’s Diamond Dagger. In 2002 he was awarded an OBE. He lives in Edinburgh with his partner and two sons. Visit his website at
www.ianrankin.net
.

A Question of Blood

The Naming of the Dead

A Good Hanging and Other Stories

The right of Ian Rankin to be identified as the author
of this work has been asserted by him in accordance with
the Copyright, Designs and Patents Act 1988.

All rights reserved. No part of this publication may be
reproduced, stored in a retrieval system, or transmitted,
in any form or by any means, electronic, mechanical,
photocopying, recording or otherwise, without the prior
permission of the copyright owner.

The Orion Publishing Group’s policy is to use papers that
are natural, renewable and recyclable products and
made from wood grown in sustainable forests. The logging
and manufacturing processes are expected to conform to
the environmental regulations of the country of origin.

To Richard Havers, who took me to the Beach Boys concert where I got the idea for this story. They were singing a song about always keeping a cool head and a warm heart. I started to wonder about the opposite - a hot head and a heart as cold as stone.

My dad used to say to me, ‘Try to keep a cool head and a warm heart.’ At least, I think it was my dad. I don’t really remember him. I’ve got a shoebox with photos in it, and in those photos he’s always showing his teeth. I’ve rubbed my thumb over his face so much, he’s become blurry, and that seems to be what’s happened to my memories, too. They’re fuzzy at the edges, and sometimes even fuzzy in the middle. If I went back to see Dr Murray, he’d tell me to start taking the pills again. But I don’t like the pills. They make my head hot. My dad wouldn’t like that. If he’s still alive, he’ll be fifty or sixty. I’m thirty, or something like that. Sometimes I stick my hand under my shirt just to check that my heart is still warm.

I remembered those words when I saw Benjy staggering towards me. He was holding a hand to his chest. His T-shirt was white mostly, but with a lot of red. The red looked sticky and dark. There was a bag in his other hand, the kind you get at the grocer’s shop, made of blue plastic.

I didn’t recognise Benjy at first. What I saw was a car. It came in through the graveyard gates. There wasn’t supposed to be a burial today, so I was a bit surprised. Visitors usually park on the gravel outside the gates. There’s a big sign, PARKING FOR VISITORS. That was where visitors were supposed to park. But this car drove through the open gates. I wondered if I would get in trouble for leaving them open. I wondered who was in the car. It was a black car, nice and shiny. Maybe it belonged to someone official. The driver wasn’t a good driver. He nearly hit one of the gravestones. The car kept hopping forwards, kangaroo petrol, they call it. That meant the driver was a learner, but I couldn’t see any L-plates.

The car stopped and the door opened. Nobody got out at first. But then I saw a leg. And then another leg. And then the driver managed to get out of the car. He made a groaning sound, and that’s when he pressed his hand to his chest. He left the door open and started walking towards me. I was collecting leaves and twigs and bunches of dead flowers. They would all go on my bonfire. I had a wheelbarrow and a rake, and I was wearing my thick gloves.

It was when he said my name that I knew I was supposed to know him. His face and hair were covered in sweat. He had a denim jacket and his jeans had splashes on them. He was wearing an old pair of trainers. I was surprised to recognise Benjy. Benjy always wears a black leather coat. He always wears cowboy boots, and tight black trousers, and a black T-shirt. Today was different, for some reason.

Everyone calls me Gravy. It’s got nothing to do with food. I can’t really cook. Just microwave meals and things from the chip shop. Toast, I can make toast - and beans and fried eggs. But not lasagne or that sort of thing . . .

No, that’s not why I got the name. It’s short for graveyard, because that’s where I work. And before I even worked here, I would come for walks here. I would read the people’s stories on all the headstones. When they were born, where they lived and what their jobs were. I like all that stuff. And the bits of poems and prayers, and sometimes a carving or a photo. Those photos always get damp, though, even when they’re in plastic. They rot or they fade, like thoughts and memories - and people in the ground.

‘Where’s your coat?’ I asked Benjy. He was near me now, only ten feet away. Or maybe twelve feet. He’d stopped walking and was bent over at the waist, as though tired.

‘Never mind that,’ he said. Then he tried to spit, but it was all gloopy and just hung there until he wiped it away with the bag hand - the hand carrying the bag. There was something heavy in the bag. Small but heavy. That’s a good way of telling you about Benjy, too. He’s small but heavy. He used to say he was a boxer. His punches would just miss my chin when he showed me. He wasn’t really a boxer, but he knew about boxing. He went to matches and he watched videos of fights.

When he stopped bending over, he looked around, as if making sure there was no one else in the graveyard.

‘Got something you want me to hide?’ I asked. I’d hidden things for him before. Sometimes, weeks or months later, he asked for them back. Other times he didn’t. That was how I met him the first time. He was hiding a bag behind a gravestone.

‘Yeah,’ Benjy said now. ‘Me, for a start.’ I didn’t say anything. He made another of those groaning noises and tipped his head back. Then he said a swear word, and that made me a bit embarrassed. I looked away, leaning with one hand on my rake. The man who worked with me, my boss, had gone home ages ago, like most days. He told me what to do, and then went and sat in his hut with a newspaper or book, his radio, a flask of tea and some food. He usually threw away the sandwiches his wife made him and went to a baker’s instead. He never gave the sandwiches to me, and never brought back anything for me from the shops. I waited until he went home, then I picked the sandwiches up off the compost heap. I always checked them to make sure there were no bugs or bits of leaf.

So, anyway, it was just me and Benjy in the graveyard. The sun had left the sky, so maybe it was time for me to go home too. I can’t tell the time, so I have to guess these things. I do have a home, though. It’s a room in a house. There are other people in the house. And if I lose track of time, one of them comes and fetches me, if they remember . . .

Safety Net by Keiko Kirin
Skye Object 3270a by Linda Nagata
Gossip from the Forest by Thomas Keneally
Ron McCoy’s Sea of Diamonds by Gregory Day
Strontium-90 by Vaughn Heppner
Where the Staircase Ends by Stacy A. Stokes
14 by Peter Clines
The Cottoncrest Curse by Michael H. Rubin
The Crossing of Ingo by Dunmore, Helen
Summoning the Night by Jenn Bennett