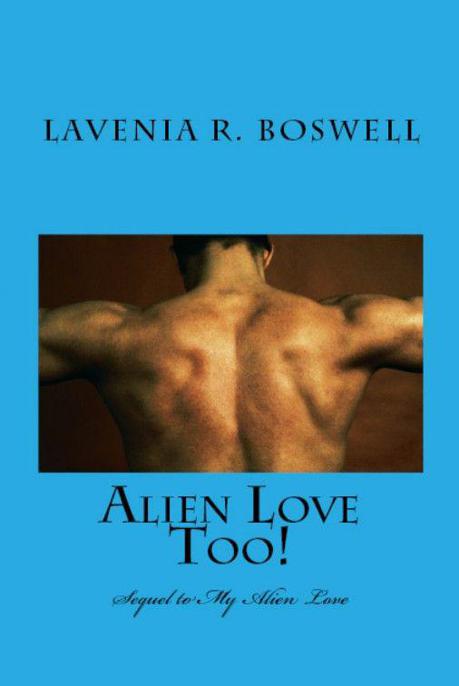 Read Other Romance Books Written By

THE DAWNING – Book I

ZEN TO HIS ZANG

Manufactured in the
United States of America
.

No part of this book may be reproduced or transmitted in any form or by any means, electronic or mechanical, including photocopying, recording, or by any information and/or retrieval system, without written permission of the author or their legal representative.

This book is a work of fiction.  Names, places and events are either the product of the author’s imagination or are used fictitiously.  Any resemblance to actual events, locals, pr persons, living or dead, is coincidental and not intended by the author.

Alien Jonathan and his Bonded Earth mate Melody become world famous for their families contributions to medicine, science and music.  What happens to Melody and their family ends up shaking everyone to the core.  They discover they have been deceived by the one person Jonathan has always trusted back on H’trae. Life and death hangs in the balance upon a grave decision Melody discovers she must make.  It may end up killing the man she loves, but she has no choice but to chose.  Melody’s family and friends try to help her, only to discover their own lives as well as her’s will never be the same, no matter what her choice will be.

To my own Star Man

I want to give tremendous thanks, love and gratitude to my family, friends and

Also to all who have encouraged me in life

and in my writing.

The planet H’trae had been ravaged by the Titac’s virus that destroyed their female’s ability to make ovarian eggs.

Their ruler and king sent a secret envoy to Earth, due to Earth being the closest planet with similar Humanoid DNA.

Their mating requires Bonding, a lifetime emotional and physical chemical response that binds that mate with them forever.

Males control the impregnation of the female as well as the sex of the child.

There had been only one incident of an Earth female and H’traeian male Bonding in their long, long history.  The man’s wife sadly miscarried the baby and then died herself just hours later.

Jonathan Jontu is Prince and the grandson of their king.  They felt that his superior bloodline must be maintained, so he was to be the first to try and create a Bond and produce an heir.  They planned to monitor his wife closely and thus prevent any problems that occurred with the previous female many centuries ago.

However, problems did occur this time as well, but only due to Jonathan not realizing his attempt to impregnate his beloved Melody had indeed succeeded.  The problem arose due to calcium and potassium store depletion caused by a much faster gestation.  Melody, his wife and the baby almost died.

Because of him almost losing his beloved, Jonathan continues to deny Melody another child, still fearing something might happen to her.  He would die without her, or horribly grieve until his own death.

Corrections were made and soon many of the H’traeian men had Bonded and produced offspring.  Their planet’s survival was then assured.  After a couple of years most returned to their planet, taking their new families with them.

Melody and Jonathan chose to remain, along with Mark, his best friend and guard, who had married Melody’s best friend, Mary.  A few other families remained as well.

The growing patterns for the children born from the H’traeian people with an Earth female were astonishingly swift.

The children grew to full adults within only months, compared to their father’s growth rate as children of months to Earth years. Their new offspring are higher in intelligence than any previously recorded.

Now the worry is past.  H’trae is assured of having continued population growth via the marriages (Bonding) of their people with the Earthlings.

H’trae’s people are of great beauty and highly skilled in various ways.

This is the continuing story of Jonathan Jontu and his very contented wife Melody.

The Impossibly by Laird Hunt
Zero Hour by Andy McNab
The Prestige by Priest, Christopher
The Queen: The Epic Ambition of Hillary and the Coming of a Second "Clinton Era" by Hugh Hewitt
Skin Tight by Ava Gray
Squishy Taylor and a Question of Trust by Ailsa Wild
Caribbean Hustle (A Nick Teffinger Thriller / Read in Any Order) by R.J. Jagger, Jack Rain
Brain Storm (A Taylor Morrison Novel Book 1) by Cat Gilbert
The Devil's Match by Victoria Vane
Feral Series IV: Feral Fallout by Skhye Moncrief