Read An Inch of Ashes Online

An Inch of Ashes 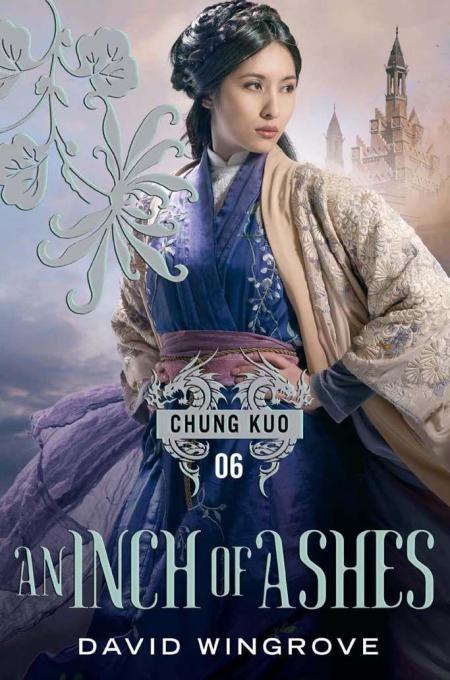 DAVID WINGROVE is the Hugo Award-winning co-author (with Brian Aldiss) of
Trillion Year Spree: The History of Science Fiction
. He is also the co-author of the first three MYST books – novelizations of one of the world’s bestselling computer games. He lives in north London with his wife and four daughters.

6 An Inch of Ashes

9 Monsters of the Deep

12 Beneath the Tree of Heaven

13 Song of the Bronze Statue

15 China on the Rhine

17 The Father of Lies

20 The Marriage of the Living Dark 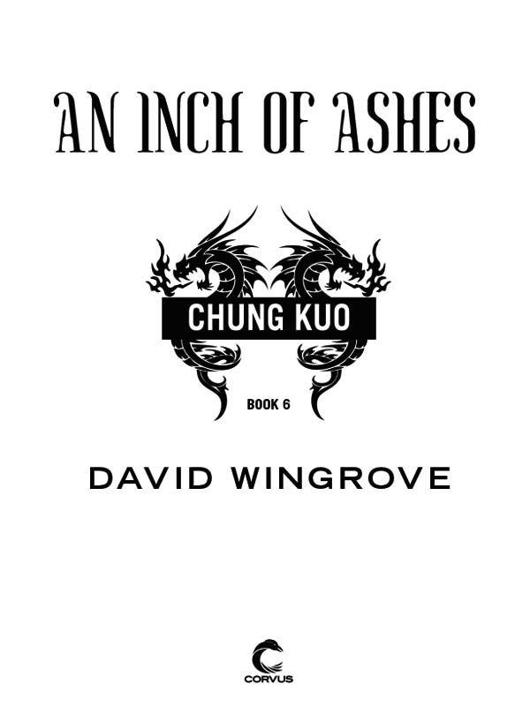 An Inch of Ashes
was first published as
The Broken Wheel
in Great Britain in 1990 by New English Library.

This revised and updated edition published in special edition hardback, trade paperback, and eBook in Great Britain in 2013 by Corvus, an imprint of Atlantic Books Ltd.

The moral right of David Wingrove to be identified as the author of this work has been asserted by him in accordance with the Copyright, Designs and Patents Act of 1988.

This novel is entirely a work of fiction. The names, characters and incidents portrayed in it are the work of the author’s imagination. Any resemblance to actual persons, living or dead, events or localities, is entirely coincidental.

Chapter 49 The Pool in the Ruins

Chapter 53 King of the World

Chapter 54 The Feast of the Dead 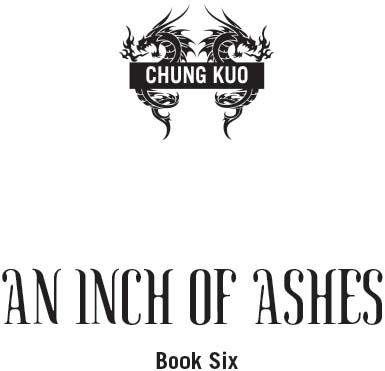 For Matt Acevedo,
for keeping The Gift of Stones

S
oren Berdichev, Head of the Dispersionist faction, is dead, his spine snapped by Gregor Karr after a long pursuit that led finally to Mars. Meanwhile, back on Chung Kuo, DeVore has abandoned his old friends and forged a new alliance with the
Ping Tiao
, or ‘levellers’, terrorists from the crowded lower levels, who wish to destroy the City and start again.

Within the Seven there is discord for the first time in their history, sown mainly by its latest and youngest member, the obese T’ang of Africa, Wang Sau-leyan. Seen as a selfish, dissolute young man by the older T’ang, he is, in fact, a highly intelligent and cleverly manipulative politician, and his presence among them makes them weaker than ever before.

Li Yuan, heir to City Europe, has married his beloved Fei Yen, his dead brother’s wife, and, at his young age, has become his father’s most trusted advisor.

Kao Chen, once a
kwai
, or hired ‘knife’, is now a servant of the T’ang, a Security officer and a friend of Gregor Karr. Alongside the redeemed figure of Axel Haavikko, these three are chief among those fighting DeVore and his minions. One of those – an unexpected figure – is Hans Ebert. Major in Security, heir to the massive GenSyn Corporation and betrothed to General Tolonen’s daughter, Jelka, he seems to have it all. Only he wants more. He wants to rule, and DeVore – like the devil he is – has decided to help him get what he wants, whatever the cost.

And then there are Ben and Kim, both still young men, who will become the premier artist and foremost scientist in Chung Kuo. Two young men who walk very different paths and represent in themselves very different things, like the two sides of the great Tao.

Historically, it is a moment of stillness, of quiet before the great storm. For the storm is sure to come now. Nothing the Seven can do will prevent it. Change is coming to Chung Kuo, like the darkest of clouds on the horizon. Who will survive the days to come? And who will go under, as the Great Wheel turns once more and the War of the Two Directions takes on a new, more violent aspect?

THE POOL IN THE RUINS

S
ervants came running to take their horses, leading them back to the stables. Fei Yen seemed flushed, excited by the ride, her eyes wide with enjoyment. Li Yuan laughed, looking at her, and touched her arm.

‘It suits you, my love. You should ride more often.’

Tsu Ma came up and stood between them, an arm about each of their shoulders. ‘That was good, my friends. And this...’ he gestured with his head, his strong neck turning to encompass the huge estate – the palace, the lake, the orchards, the view of the distant mountains, ‘... it’s beautiful. Why, the ancient emperors would envy you.’