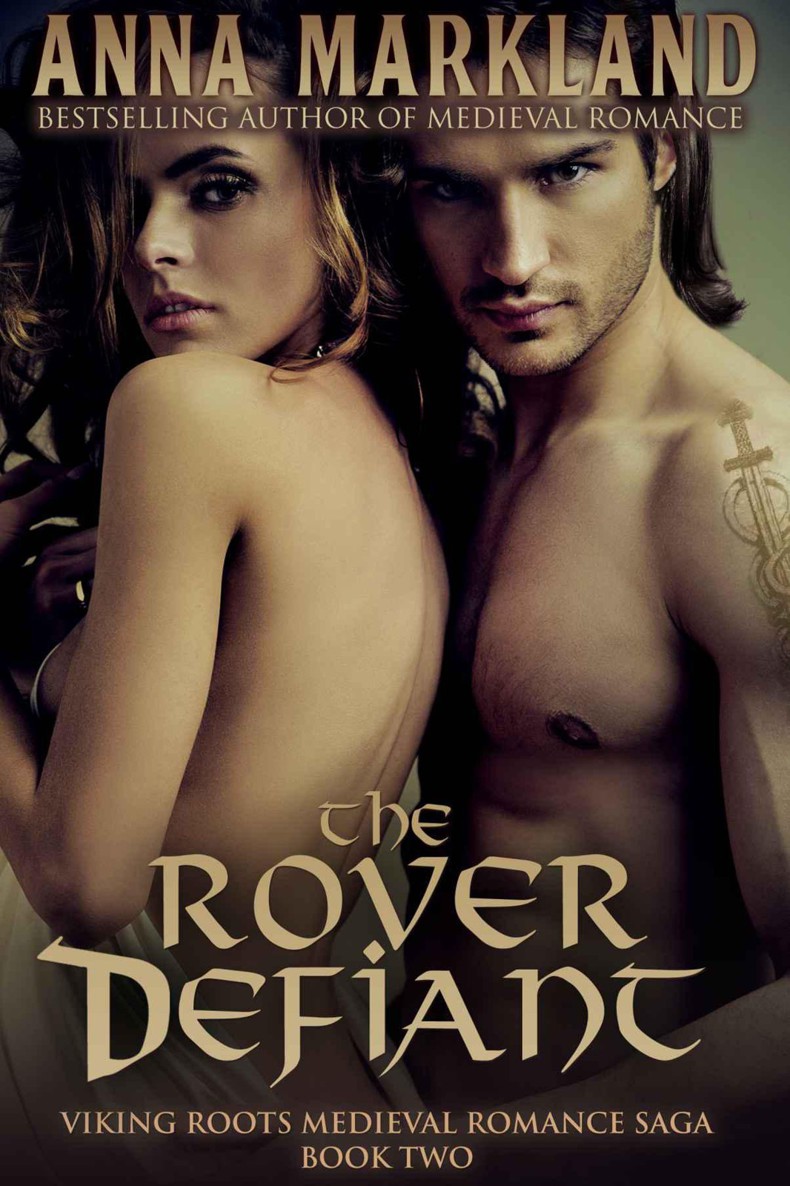 NEVER TAKE A THRALL AS A FRIEND

PREPARATIONS FOR A BAPTISM

Dedicated to victims of human trafficking.

There is no easy walk to freedom anywhere, and many of us will have to pass through the valley of the shadow of death again and again before we reach the mountaintop of our desires. ~ Nelson Mandela

This ebook is licensed for your personal enjoyment only. It may not be re-sold or given away to other people. If you would like to share this book with another person, please purchase an additional copy for each recipient. If you are reading this book and did not purchase it, or it was not purchased for your use only, then please return to your retailer and purchase your own copy. Thank you for respecting the hard work of this author. All rights reserved. Except for use in any review, the reproduction or utilization of this work in whole or in part in any form by any electronic, mechanical or other means, now known or hereafter invented, including xerography, photocopying and recording, or in any information storage or retrieval system, is forbidden without the written permission of the author.

All fictional characters in this book have no existence outside the imagination of the author and have no relation whatsoever to anyone bearing the same name or names. They are not even distantly inspired by any individual known or unknown to the author and all incidents are pure invention.

Near a grove of fledgling trees, Sonja stopped dead, her heart in her throat. The young man with the silver buckle was leaning with both hands on the long shaft of a gardening implement, stripped to the waist, sweat glistening on his sun bronzed skin. His hair was short, something she hadn’t noticed in the cathedral. Slicked back and tied behind his nape, it was as sleek as oiled ebony.

Torstein stared at the squirming newborn Alfred had placed in his arms. In an uncertain life filled with danger, real fear gripped him for the first time. His throat constricted, his belly churned.

“Don’t be afraid,” his burly uncle reassured him with a smile, “you won’t drop your cousin.”

It was easy for Alfred to say. He had ten children, and it was unlikely he would let this new nephew fall.

But it wasn’t the prospect of dropping the red-faced babe, nor the unfamiliar odors lingering in the air that intensified Torstein’s unease.

Did he dare murmur the word
cousin
? He mouthed it silently.

Before being granted his freedom, he’d never been acknowledged as part of this family crammed into the small chamber to share the joy and relief of the new parents. He was the child of one of their sons, but his mother was a thrall.

He gazed at the babe, searching for any resemblance to his dead father, swept away in a storm tide the autumn before the Vikings left their Norwegian coastal village forever in search of a new life. He saw none, but then he barely remembered Gunnar’s face.

His last glimpse of his mother’s ashen mask of despair haunted him. The chieftain had declared her dead weight during the voyage from Møre to Francia. Torstein had watched in stunned disbelief as she was herded away with other slaves to the Danes’ market at Ribe.

“Don’t worry,” the babe’s mother told him, jolting him from his memories. But her smile turned to a wince as Hannelore drew a bone comb through her tangled hair, startlingly black against the clean bolster. As she fussed with the comb, Alfred’s wife pulled the fresh linens up to Cathryn’s chin, clucking about modesty and too many men in the room.

Torstein wanted to tell his aunt-by-marriage she looked serene, despite having labored for hours in the chamber in the Archbishop of Rouen’s house to bring forth her son. But he doubted his uncle Bryk would approve, despite his obvious euphoria at having sired a boy. His scowl clearly showed his unease with his nephew holding the babe. Torstein was grateful he’d been allowed into the chamber—he had Cathryn to thank for it.

“He is beautiful,” he ventured, inhaling the cleansing aroma of the new life he held. A lifetime of servitude was difficult to forget, though his uncles had freed him months ago. He was aware many in the Viking community were of the opinion Bryk and Alfred had lost their wits when they’d granted him his freedom.

“Bah!” Bryk Kriger exclaimed impatiently, taking the babe from Torstein’s wooden arms and holding him aloft. “Boys are not
beautiful
. They are handsome…sturdy…rugged.”

The child’s lingering warmth seeped away. The new babe threw his arms wide and wailed loudly, kicking his legs. His father laughed, but his mother frowned.

If the boy grew to be like Bryk, he would indeed be big and strong, whereas Torstein had inherited his mother’s frame and coloring. He was the only one in the family with dark hair, apart from Cathryn, and imagined he looked like a struggling sapling standing next to his uncles.

But a man didn’t need muscles to be strong. Torstein might not be the celebrated warrior his uncle was, but he’d proven in the war against the Frankish army he had as much Viking blood in his veins as any of them.

He’d led a revolt of slaves against their Frankish captors and helped his uncle rescue Cathryn from the enemy’s clutches.

He wondered briefly if his dead father had felt pride and joy at his birth. The answer was hard to swallow. Gunnar had barely acknowledged his existence. After the storm tide, his uncle Bryk had become his master.

But Odin had decided things would change. Though the battle against the Franks at Chartres had been lost, King Charles of Francia had conceded that the Vikings weren’t going away and would continue to fight for land to settle. He’d granted their leader, Hrolf Ganger, control of a huge swath of the Seine valley, including the city of Rouen, in exchange for Hrolf’s oath of fealty.

Hrolf in turn had given fertile land on the banks of the mighty river to Bryk and Alfred, and they had bestowed freedom on Torstein and recognized him as their nephew.

“What will you name him?” he rasped, suddenly uncomfortably aware of a jealous desire for a son of his own. As a thrall he’d sworn never to sire a child into slavery. But now—

Cathryn smiled again, her eyes full of love for her husband and the child he toted face down on his hip as if it were something he’d done for years. This was Bryk’s firstborn, but he’d evidently observed his older brother. “We decided on Bernard, after my father. Though I never knew him, I wish to honor his memory.”

Torstein often felt greater kinship with Cathryn, a Frank by birth, than with his own flesh and blood. But his aunt-by-marriage had been raised in a convent and made no secret of her abhorrence of the notion of slavery. Her generous heart had prompted the naming of her son after the father who’d drowned in the Seine before she’d been born. What would it be like to have such a woman look at him with adoration in her eyes in the way Cathryn looked at her husband?

Bryk’s booming voice brought him back to the present. “But Magnus is the name he’ll be known by. After my father.”

The realization stunned Torstein. He had only a vague memory of the giant warrior who’d somehow managed to go a-viking frequently and run a productive farm in Møre. He’d died in his sleep at a ripe old age. After his death, Alfred and Gunnar had taken over the family farm and apple orchards.

Bryk had followed in his father’s roving footsteps. But a few years ago he’d suddenly turned his back on murder and mayhem and joined his brothers. Most in Møre deemed him a coward for his actions. His first wife, Hrolf Ganger’s sister, had died of shame. Myldryd had taken their unborn child to the grave.

Torstein felt great joy for his uncle’s newfound happiness with a wife he loved and a healthy son. He’d at first agreed with the settlement’s condemnation of Bryk Gardbruker. But in the course of the war with the Franks, he’d come to see his uncle was a man of great courage and strength, a hero deserving of the ballads the
skalds
sang of him around the campfires. He’d left Norway a
nithing
, but now Hrolf recognized him as one of his most worthy and trusted lieutenants. Bryk Gardbruker had been renamed Bryk Kriger—the Farmer was now the Warrior.

Torstein’s bravery at Chartres hadn’t gone unnoticed by his fellow Vikings, and he hoped one day to be as celebrated as his uncle, which might take a miracle.

The Christian Franks often spoke in hushed tones of miracles wrought by the
Vite Krist
. Torstein had become an adherent of their faith, as had all the Vikings—the acceptance of the
White Christ
a condition imposed by King Charles the Senseless. But he sensed deep in his heart that entreaties to Freyja, goddess of fertility, might be more productive if he embarked on a search for a wife.

Magnus Bernard was now wailing insistently. Bryk handed him back to his mother. “He’s hungry,” he said in Norse, cocking his head towards Torstein. “Best you leave now.”

Hannelore waved her hands as if she was shooing chickens from the chamber. “How can this woman regain her strength with so many sweaty men in here? Out! Out!”

Torstein wondered if perhaps Alfred’s wife was jealous of the attention Cathryn was receiving. It was unlikely many well-wishers had attended any of her confinements. However, her unusually disheveled appearance and sweat-matted hair attested to her having travailed hard and long in assisting with the birth.

Torstein had to leave, but his feet refused to move. A dangerous impulse to watch Cathryn suckle her child seized him. He thirsted for what Bryk had. He imagined his uncle’s delight at watching his wife feed their son, a boy who belonged to the first generation of a new nation of people.

However, Bryk would kill him if he suspected Torstein harbored a notion to look upon Cathryn’s breasts.

He wasn’t interested in his aunt-by-marriage that way. As he’d grown to manhood in Norway, only one woman had caught his eye, and the interest of his
pikk
. She was the daughter of a Viking nobleman from a neighboring settlement and sister to two hulking louts he’d steered clear of in Chartres. Sonja Karlsdatter didn’t know he existed.