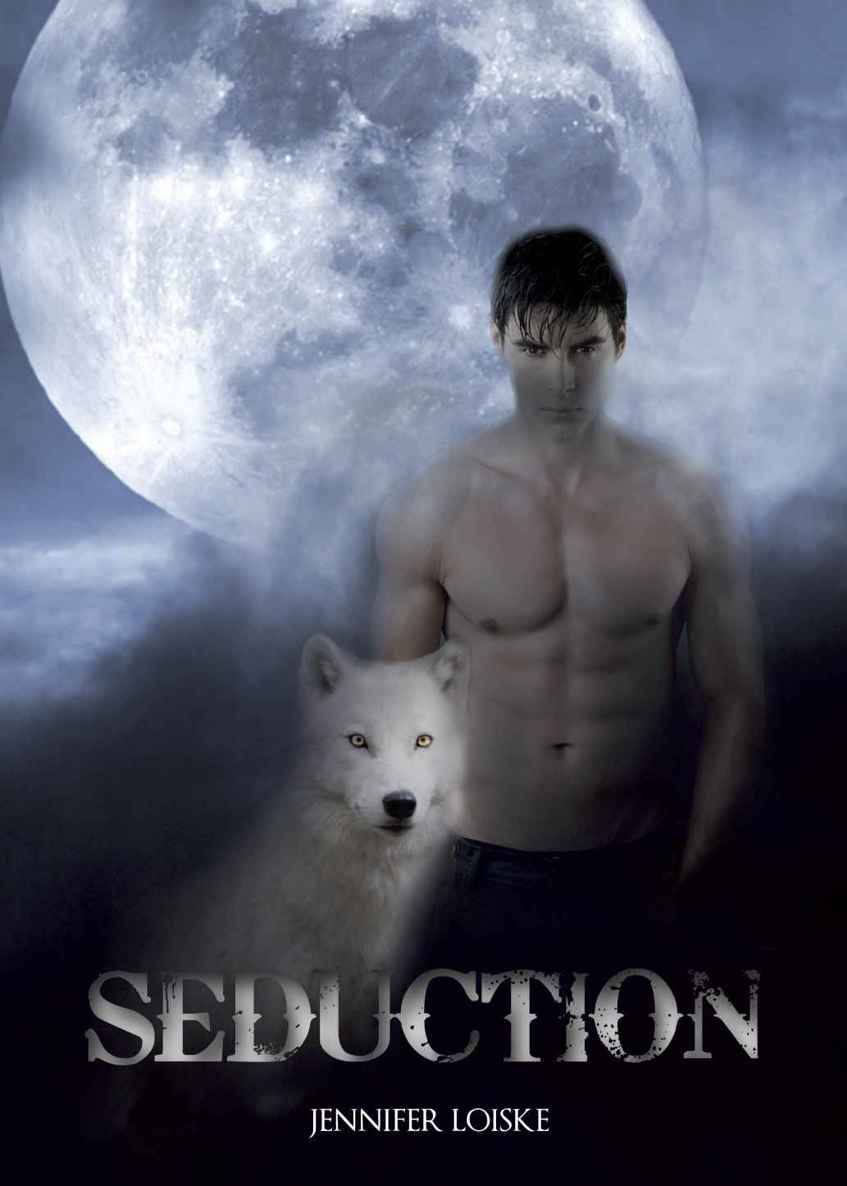 No part of this publication may be reproduced or transmitted, in any form or by any means, without written permission from the author.

All characters and events in this publication are
either
purely fictitious
or used fictitiously
and any resemblance
to real persons, living or dead
is purely coincidental.

Any Gaelic language used in this book may have many different versions or meanings depending on the area from where it originated or where it is used. Therefore any mistakes in the grammar are the authors.

Clarissa stared out her window at the hoar frost-covered
white yard. The
dark green grass
that
was jutting out
after the summer
had collected
some filmy white frost
during the night. The boughs in the trees were frosty and
the
cobwebs on the grass glittered when the morning sun reached them. The last mosquitoes from the summer danced above the grass, enjoying the warmth of the sun and their last days alive, baffling the ice-cold winter that
was already waiting
around the corner. Clarissa, however, didn't see the beauty of the y
ard, for her eyes were locked
to the black eyes of the wolf -
eyes that hounded her night and day.

A
huge, brown-black wolf
was standing in
the woods, hidden, staring
steadily at Clarissa. She had no strength to turn her gaze from its hypnotic grasp. The air around it
was steaming
and its fur gleamed from the dampness of the morning. It had
been standing there since the early hours of
the morning and had
been waiting
for Clarissa to wake up. It had intruded her dreams and slowly seduced her mind through the night, tempting, calling and promising to fulfill all her wishes, if only she would give herself in to the wolf.

Clarissa heard its call in her mind and she knew it wouldn't take long until all her barriers crumbled. She tried to build better, tighter barriers, just like her mom had told her, but the wolf came through them easily and though it didn't succeed in breaking all of them, it dug bigger and bigger holes in her walls and it was just a matter of days before it would overpower her mind completely. Excitement grabbed her stomach. She was deathly scared of the wolf and yet, without noticing, she stepped closer to the window.

She pressed her nose close to the cold glass and
watched it mist
up. She couldn't help drawing a heart on the
misted glass and
just stared at it
after
, stunned. The wolf tightened its gaze and looked extremely pleased. Clarissa wiped the window quickly and stepped back. Her loose night trousers flopped, covering her lo
ng beautiful legs, but her tiny camisole
revealed all her shapes
,
and somewhe
re inside her head she heard the wolf scream
its lust
for her. She quickly grabbed
the topmost shirt from the chair and
tweaked it on. The wolf sighed in frustration
.

Someone knocked on her door and with e
normous effort
Clarissa turned her head
, moving
her eyes a
way from the wolf. When she didn't answer,
her little sister
Marie
opened the door car
efully
and peeked in. When she saw
Clarissa
's confused face, she grinned.

“Pancakes,” she sighed happily and slumped on
to
Clar
issa's messy bed, snuggling in
her warm, white duvet.

Clarissa stared at her, confused.

“Pancakes,” Marie repeated ecstatically and glanced at
a perplexed Clarissa
.

Marie's dark hair was tied
loosely
on the bottom of her head and some of it had esca
ped from her coiffure, as usual. She looked so full of life with
her mossy-green eyes sparkling with excitement
that
Clarissa had to look
away,
smiling.

“If I could decide, I would choose Mathanan. You wouldn't believe what fantastic, thick American pancakes he makes! And ice-cream and maple syrup! I'm in heaven,” Marie moaned.

“If I've understood it correctly, Matt doesn't even want me,” Clarissa pointed out sarcastically
. But she couldn't help smiling
when she saw how blissful Marie looked.

“Who cares! Choose Matt,” said the laughing voice, under the blanket.

Clarissa took the blank
et from Marie and threw
a pillow
at her
. “And what does Tiamhaidh think of your interest in Matt's extraordinary cooking skills?”

“He loves me and since he can barely boil an egg, he can't judge me,” Marie laughed and sat up.

“Seriously, you have to come downstairs and save us. You know who has been here since six a.m. and we're all just so tired of entertaining him.”

“Joshua,” Marie repeated with a grin and smooched the pillow loudly.

“Since
six?” Clarissa asked and blushed.

“What's wrong with you? Stop it! You're so weird, more than
usual
. Joshua has
been waiting
for you to wake up and he has a surprise for you. Just come downstairs and stop acting like some stupid parrot!”

Clarissa turned, complaining, and glanced at the window just in case, but there was nothing. The yard was empty and the wolf she hoped to see had long gone to the thick of the forest. She
could barely suppress
the melancholic sigh that was about to b
reak out of her lips and
managed
instead
to let out some weird mix of giggles and hiccups. Marie looked at her, puzzled, but couldn't wait one minute. She was just happy to get Clarissa downstairs with her.

In the middle of the stairs Marie stopped and knelt down. She gasped for breath and held her head.

“Are you okay?” Clarissa asked, concerned.

Marie couldn't answer. She just stared at her
feet with
glass
y eyes
. Her lips moved, though Clarissa couldn't hear a word.

With an effort, Marie managed to make a small nod. Clarissa felt terrible. She had no clue what to do. Should she shout for help? Could she just run downstairs and leave Marie like this or should she just ignore the seizure? She had seen hundreds of Marie's seizures, but somehow she knew Marie didn't want her to tell anyone about this
. Y
et she felt that she had to. Clarissa took the first step down, when she felt a hand grabbing her leg.

Clarissa stopped and sat down next to Marie. Silence wrapped around them. Marie looked pale and exhausted. Clarissa petted her hand gently. She felt terrible. Finally, after at least fifteen minutes, Marie stood up with her shaking legs and smiled lamely.

“No! Promise. This is my disease and it's my right to decide, so just promise me,” Marie demanded, looking so fragile that it broke Clarissa's heart.

Clarissa looked at her and nodded slowly. “Okay then. If you're absolutely sure?”

“I am. There's no need to strain her. Besides, I can control this, this was just a small one.”

Clarissa couldn't say a word. Marie had
a very severe epilepsy, but Clarissa
had thought that she had it controlled. It had been at least three years since she had seen anything like this and she was so sure that their Mom didn't have a clue about what was hap
pening. If Marie could do any
t
hing, she could fool Mom and Clarissa was sure that her m
om wouldn't ignore this. No matter what Marie said, this was not just a small seizure and certainly not one
to ignore. They were silent as
they slowly walked down the stairs. Just before they reached the bottom, they pasted a smile on their faces.

When they came downstairs, Marie saw a huge huddle of pancakes and a cup full of s
teaming hot chocolate in which
Tiamhaidh, the gorgeous man she loved, had secretly dropped big bars of milk chocolate. Nothing could've tempted her from that breakfast table. Marie grabbed Clarissa's hand tightly, and dragged her unwilling sister to the table.

Twelve young shape shifter males had appeared in Clarissa's yard at the beginning of the Autumn. Their main goal was to have Clarissa as their partner. Two of them were exiled for their outrageous behavior, but ten gorgeous men were still stuck with her family. Joshua, from the Rocky Mountains, was the strongest one and Clarissa liked him the best. The others seemed to struggle more at a friendship level and Cl
arissa couldn't actually see herself
dating them.

The shape shifters had agreed to stay in their human forms until Clarissa made up her mind to choose one of them, but technically Joshua was
way ahead of the others and no
one really believed she would dump Joshua and fall in love with someone else. However, Adam was a true threat to Joshua. Adam, the dangerous, wild dark wolf, who had been exiled to the village of Senja in Northern-Norway where the eldest of the shape shifters lived, who had escaped from them and was back again, claiming Clarissa for himself and bonding with her in a way that no one else seemed
to understand. There sure was a
lot chemistry between them.

Clarissa had just discovered her ability to shape shift and though no one could deny her abilities, no one could tell yet how strong she would become. Would she stay at this level, where she could
barely shift her shape for a few
minutes or would she achieve a full shape shift and her full strengths? She was the first shape shifter ever to be born from the union of human and shape shifter. The future scared her. She didn't know what she was anymore. Was she more a human than a wolf? Or vice versa? Odd creatu
re, freak? Sometimes she wished
she could go back to her past and live happily ever after with her loving parents, not knowing anything about the shape shifters. Thinking that animals were just animals and
the
boys she dated were just boys not wolves. She wished she could still b
elieve that the fairytales her m
om used to tell her were not true and that all the scary stuff didn't exist. Now she was lost. She didn't know what to believe and she suspected everyone and everything. Her childhood was irreparably over and she had no choice but to open her eyes and face the truth, no matter how hard it would be.