Ronald Malfi is the award-winning author of the novels
The Ascent
,
Snow
,
Shamrock Alley
,
Passenger
, and several others. Most recognized for his haunting, literary style and memorable characters, Malfi's dark fiction has gained acceptance among readers of all genres. He currently lives along the Chesapeake Bay where he is at work on his next book.

A predator stalks the frozen woods!

At a fort deep in the Ontario wilderness in 1870, a ghastly predator is attacking colonists and spreading a gruesome plagueâhis victims turn into ravenous cannibals with an unending hunger for human flesh. Inspector Tom Hatcher has faced a madman before, when he tracked down Montreal's infamous Cannery Cannibal. But can even he stop the slaughter this time?

In Montreal exorcist Father Xavier visits an asylum where the Cannery Cannibal is imprisoned. But the killer who murdered thirteen women is more than just a madman who craves human meat. He is possessed by a shape-shifting demon. Inspector Hatcher and Father Xavier must unravel a mystery that has spanned centuries and confront a predator that has turned the frozen woods into a killing ground where evil has come to feed.

Enjoy the following excerpt for
Dead of Winter:

It was the endless snowstorms that ushered in their doom. Each day and night the white tempests whirled around the fort, harrowing the log houses with winter lashings. At the center of the compound, the three-story lodge house creaked and moaned. Father Jacques Baptiste chanted in Latin and threw holy water on the barricaded front door. Above the threshold, a crucifix hung upside down. No matter how much the Jesuit priest prayed, the devil would not release its grip on this godforsaken fort.

Something scraped against the wood outside. Father Jacques peered through the slats of a boarded window. Tree branches clawed violently at the stockade walls. The front gate stood open, exposing them to the savage wilderness. It also provided the only path of escape. If by chance they made it out the gate, which way would they go?

The priest considered their options. Beyond the fort's perimeter, the dark waters of Makade Lake knocked plates of ice against the shore. Crossing the frozen lake would be a dead man's walk. Last week two of the trappers fell through the ice. The only way out was through the woods.

Father Jacques shuddered at the thought of leaving the fort. The trappers had fortified the outpost to keep the evil out. They hadn't counted on the savagery attacking them from within. He prayed for the souls of the men, women, and children lost in the past few weeks. Last autumn the French-speaking colony was twenty strong. Now, in midwinter, they were down to four survivors and not a crumb of food to split between them. How much longer before the beasts within completely took them over?

“Forgive us, oh Lord, for our fall from grace.” Father Jacques sipped the holy water. It burned his throat and stomach like whiskey. “Cast out these evils that prey upon us.”

Behind him the sound of boots approached from the darkness. The priest spun with his lantern, lighting up the gaunt face of a bearded man. Master Pierre Lamothe, the fort's chief factor, wore a deerskin parka with a bushy fur hood. His eyes were bloodshot. He wheezed.

The priest took a step back. “Are you still with us, Pierre?”

Father Jacques knew the pains of hunger. Each passing day it pulled his flesh tighter against his ribcage.
“We'll find something to eat soon, I promise. Here, take another sip.” He offered the bottle of holy water.

Pierre took a swig and winced. Seconds later he stumbled back, rubbing his eyes.

“The burning will pass.” Father Jacques grabbed his wrist. “Remember our plan?”

“We must hurry. Now may be our only chance.” They removed the barricade from the door. A long staircase led down from the second floor to the snow-covered ground. “Bless me, Father.” Pierre raised his shotgun and stepped out into the blizzard. He all but disappeared in the white squall. The only parts visible were his hood and the outline of his shoulders. Father Jacques nervously watched the fort grounds. At the surrounding cabins wind howled through shattered windows and broken doors. When Pierre reappeared at the stables, the priest released his breath.

The chief factor pulled a horse out. The poor animal was so thin its hide sunk into its ribs. As Pierre threw a saddle on its back, he raised two fingers, signaling that a second horse was still inside the stable.

Father Jacques closed the door and clasped his hands. “Thank you, oh Lord.”

Someone tugged at his cassock. He looked down to see a small French-Indian girl. Pierre's daughter ZoÃ© had tousled black hair and large brown eyes that had kept their innocence despite the horrors they'd witnessed these past few weeks. The girl held a tattered Indian doll to her chest. “I'm afraid,
PÃ¨re
.”

Father Jacques touched her head and gave the most comforting smile he could conjure. “Don't worry, ZoÃ©, the angels will protect us. Here, you need to bundle up.” He fastened her fur parka, pulled the hood over her head.

“I'm sorry, ZoÃ©, but she's too sick. She would die out there. You, your papa, and I are going to ride out to the nearest fort. Then we'll send help back for your mother.”

Father Jacques glanced down at the Indian doll. One green eye stared back. The other eye was a ragged hole. Since ZoÃ© had stopped eating two weeks ago, she suffered from dementia. She spent most of her days whispering to her doll. Father Jacques wanted to rip its head off. He squeezed his fist. “NoÃ«l is just afraid like the rest of us. Now, pray for forgiveness for speaking to me in that manner.”

“Now, drink.” He gave the girl the last of the holy water. She drank it and winced as if it were castor oil.

Outside, the horses whinnied. A shotgun fired.

Father Jacques dashed to the window. He searched the fort grounds. A saddled horse ran in circles. Where was Pierre?

Behind the wall of whirling snow more shots were fired. Then came a scream. Pierre stumbled out of the mist. Blood spouted from the stump of his shoulder. He was missing an arm.

Peering out the boarded window, Father Jacques screamed at the sight of blood gushing from Pierre's shoulder. As the wounded man stumbled up the front steps to the lodge house, the white mist rolled in from behind and swallowed Pierre. His scream was cut short.

“Papa!” ZoÃ© ran toward the barricaded door. “Let Papa in!”

“No, move away from the door.” Father Jacques grabbed her hand and backed away.

Outside, the storm wailed. Snow blew in through the cracks of the boarded windows. Footfalls charged up the staircase like thundering hooves. Something rammed against the front door. The hinges buckled.

“Back to the cellar!” The priest pulled the girl through the dark corridors of the lodge house. Behind them, the front door crashed open. Terror stabbed Father Jacques' chest with icy pinpricks at the shattering of windows and splintering of wood. Growls echoed throughout the lodge.

On a routine crabbing expedition in the Bering Sea, Charlie Mears and the rest of the men aboard the trawler
Borealis
discover something unbelievable: a young woman running naked along the ridge of a passing iceberg. The men rescue her and bring her aboard the boat.
Â
But they will soon learn her horrible secret.
Â
By the time they find out why she was alone on the iceâand what she truly isâthe nightmare will have begun, as one by one she infects them with an evil that brings about unimaginable terrors.

eBooks are
not
transferable.

They cannot be sold, shared or given away as it is an infringement on the copyright of this work.

This book is a work of fiction. The names, characters, places, and incidents are products of the writer's imagination or have been used fictitiously and are not to be construed as real. Any resemblance to persons, living or dead, actual events, locale or organizations is entirely coincidental. 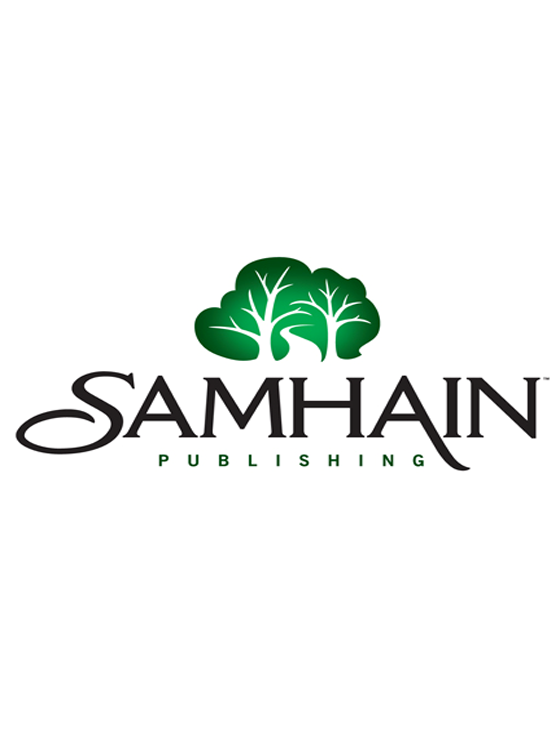 The Labyrinth of Destiny by Callie Kanno
Sex and the Single Vampire by Katie MacAlister
Passionate Vengeance by Elizabeth Lapthorne
temptation in florence 05 - seaside in death by boeker, beate
Battle Hymn of the Tiger Mother by Amy Chua
Grizzly Love by Eve Langlais
Society's Most Scandalous Viscount by Anabelle Bryant
Secrets Mormons Don't Want You To Know by Richard Benson, Cindy Benson
The Book of Transformations by Newton, Mark Charan
Black Sun, The Battle of Summit Springs, 1869 by Terry C. Johnston