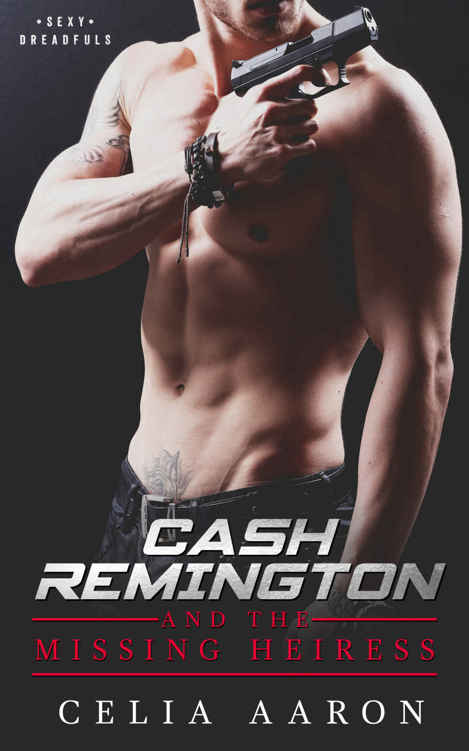 and the Missing Heiress 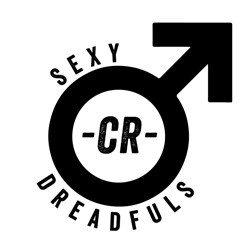 Cash Remington
and the Missing Heiress

All rights reserved. This copy is intended for the original purchaser of this e-book only. No part of this e-book may be reproduced, scanned, or distributed in any printed or electronic form without prior written permission from Celia Aaron. Please do not participate in piracy of books or other creative works.

This e-book is a work of fiction. While reference may be made to actual historical events or existing locations, the names, characters, places and incidents are products of the author’s imagination, and any resemblance to actual persons, living or dead, business establishments, events, or locales is entirely coincidental.

Other Books by Celia Aaron

The Hard and Dirty Holidays

Cash Remington is a man of action and adventure. He kills the bad guys, gets the girl, and always has a story to tell. He may come in different guises—spy, pirate, private detective, prize fighter, prince, and many more. But he’s always the same Cash Remington—the alpha who never misses, takes what he wants, and leaves his women satisfied. 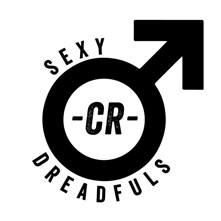 I
JUMP.
T
HE WIND
whistles past my ears, and a cold blast to the face gets my blood pumping. I howl into the night, loving the feel of a free-fall. My plane continues silently above me, heading back to a friendlier country.

Is there anything better than a sky dive at night over enemy territory with no clear landing zone? Of course not.

The palace lights glow to my left, illuminating the white arabesque domes typical of the country’s grander architecture. The streets directly below me are all but dark, the peasants given candles instead of electricity.

Somewhere close to the palace is a poppy field whose flowers are the gem of the opium-producing world. I aim for where I know it is, more than happy to stomp the shit out of a few crops as a special fuck-you to the warlord who controls the area.

By the faint light of the rising moon, I sense the ground approaching. A few more moments and my altitude is low enough for me to pull the cord. I fall a little farther, making sure the bloom of my chute won’t be seen from the palace. Gripping the cord, I yank. My fall is impeded with a swift jerk.

Floating down, I get a glimpse of the shanty town a few hundred yards away. I brace and hit the ground, crunching a few rows of flowers under my polished black oxfords. My knees take the impact, and I stroll through the field.

I depress the button at my chest, and the chute comes off easily. It remains where it lands, yet another fuck-you. Someone will find it in the morning, but by then I’ll be long gone, in friendly airspace, with the missing heiress on my cock.

I smile and straighten my black bowtie. The poppies crunch under my feet as I stride toward the palace. The glowing lights are welcoming, promising me a good time and a successful mission.

The building’s layout is already ingrained in my mind. Not that I have to sneak in. An invitation rests in my pocket for one of the most exciting events in this part of the world. A slave auction, replete with American women from good stock who will sell for a high price.

But I didn’t come to buy. I came to reclaim one girl in particular—Collette Stanford, heiress to a tech fortune many times greater than most countries’ GDP. She’d gone missing from her college dorm two days prior after meeting a mystery man on the Internet.

Her photo intrigued me—mousy brown hair, intelligent blue eyes, and an innocence I could almost taste. When the assignment came in, I jumped on it. She was mine. I solved her disappearance in record time and demanded I be the agent to collect the spoils—her. Seeing as I was the best spy the agency had on hand, it was a no-brainer.

A cool wind sighs through the air, bringing me the scent of blooms and earth as I reach the end of the poppies. The field recedes behind me, and my feet hit cobblestones. I knock the dirt from my shoes and dart down a few side streets. No one is out at this hour except bad men like me. I smile at the thought and stroll through the gate of the outer palace wall, the white stone looming above me on either side.

I smooth my black hair down and wait between two parked luxury cars. The turnout looks to be even larger than I’d planned. My trigger finger itches as I see the fuckers lined up at the palace entrance for a taste of virgin pussy from foreign lands. But I don’t make a move. Not yet.

He steps out and hands me his keys. He eyes my tux and cocks his head, uncertain. To assuage him, I whip a ticket from my pocket and flash him a dumb smile. He relaxes and takes the square of paper. After one more long look, he turns toward the palace.

“Thank you so much,” I say under my breath.

I park the McLaren at the front gate, stash a gun inside, and pocket the keys. The row of sports cars has several other contenders, but the McLaren is low hanging fruit and will certainly do in a pinch.

I climb the stairs to the palace portico and join the group of depraved fucks who came here to buy slaves. Vines, heavy with night-blooming jasmine, snake overhead, giving the place a pleasant scent despite the assholes milling about on the steps. Waiting my turn, I overhear several conversations about the anticipation surrounding the finest female to be auctioned off yet. They’re speaking of Collette.
My
Collette.

I glare at the older Egyptian in the white turban. He has the worst plans for her, including “destroying” her “American pussy” the first chance he gets. His swarthy moustache is filled with flecks of food, and his protruding gut begs for my knife.

He catches my eye, and I don’t look away. “Problem?” he asks in a thick accent.

I smile, imagining his blood on my hands. “Not yet.” I answer in perfect Arabic.

A taller man steps forward, the Egyptian’s security. “I suggest you back away, my friend.” His blond hair and brown eyes are familiar. An operator, likely a mercenary. British.

“I suggest your boss mind his manners.”

The blond’s eyes darken, and he reaches toward what I know is a holster under his jacket. Starting trouble here isn’t part of the plan, but the threats against Collette have my blood boiling.

“Boys, boys. There’s plenty for everyone.” An attendant waves the Egyptian into the palace. The blond follows after giving me one more glare. I‘ll remember his face. He’s on my radar now, which is unfortunate news for him.

Once the Egyptian is gone, I approach the attendant holding a tablet. Two burly guards stand at his back. They hold Kalashnikovs, the gunmetal gray so familiar to me it’s almost comforting. The attendant swipes across the screen, his bushy eyebrows hiding him from my gaze.

“Name?” His nasal voice is almost as bad as the Egyptian’s.

Stiff by Mary Roach
Once by Anna Carey
All Who Are Lost (Ashmore's Folly Book 1) by Forrest, Lindsey
Not Flag or Fail by D.E. Kirk
The Last of Lady Lansdown by Shirley Kennedy
Return To Forever by James Frishkey
Matricide at St. Martha's by Ruth Dudley Edwards
Hour of the Olympics by Mary Pope Osborne
Irresistible by Bankes, Liz
Deidre's Death (#2, Rhyn Eternal) by Lizzy Ford