Clarissa wondered what she was talking about. ‘Just books and shelves. It always looked odd jutting out at the end and covering the row. It looks much better now, don’t you think?’

‘Yes, much better.’ Violet smirked, then spun around and stalked off down the hallway towards the grand staircase.

Meanwhile, back in the dining room, Digby Pertwhistle was serving dessert and Clementine Rose was entertaining the guests with one of her favourite poems. It was by a very famous man called Roald Dahl and it was about a crocodile.

She was imagining the crocodile had a face just like Aunt Violet’s, but only half as mean.

The guests clapped loudly as she finished with a bow. 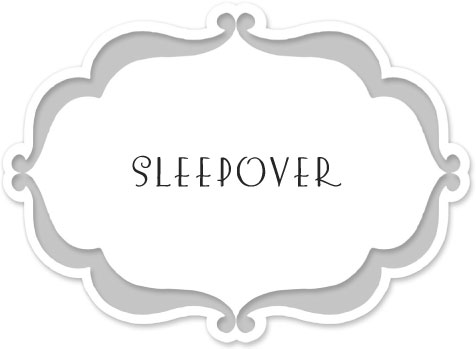 B
y midday on Sunday the guests had all departed, except Aunt Violet, who had vanished after breakfast, leaving a trail of belongings strewn around the Rose Room.

Clementine was helping her mother take the sheets off the guest beds and wondering how long it would be until Sophie and Jules arrived. ‘Where’s Uncle Digby?’ she asked.

‘He’s in the library. He said he wanted to give the place a spring clean,’ Clarissa explained.

‘Yes, he does. We’re lucky to have him,’ her mother said with a nod.

‘It’s nothing bad, Mummy. I was just wondering if we can have a camp-out tonight.’

Her mother frowned. ‘But where do you want to camp this time?’ When Clementine, Sophie and Jules last had a ‘camp-out’, it was in the front sitting room under a giant tent made from bedsheets, on a floor of cushions.

Clementine thought for a moment. They all liked camping in the Rose Room, where they could turn the four-poster bed into a giant tent. But that was off limits because Aunt Violet was there.

‘Can we camp in the attic?’ Clementine asked.

‘No, Clemmie, it’s jam-packed with all sorts of things and I think you might find it a little on the creepy side,’ her mother replied. Clarissa didn’t like going up there in the middle of the day, let alone the thought of staying there all night. 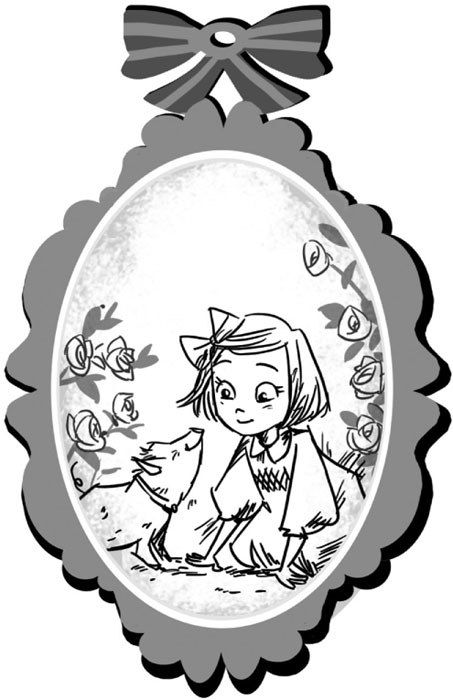 ‘What about the library?’ Clementine suggested.

‘Perfect,’ her mother said. ‘And at least there won’t be any dust, either.’

Clementine loved the library. It was one of her favourite rooms in the whole house.

‘Why don’t you go and get some pillows from the linen press and take them downstairs,’ her mother suggested. ‘I can finish up here.’

Clementine nodded. ‘Come on, Lavender,’ she called to the tiny pig, who was snuffling about under the bed. ‘We’ve got to get your basket and blanket and all the duvets and at least one hundred pillows.’

Clarissa smiled to herself. She couldn’t imagine how dull her life would have been without Clementine.

Clementine dragged piles of pillows and duvets downstairs to the library where Digby Pertwhistle was almost finished cleaning.

After their second run, Lavender stayed behind and settled in for a nap under one of the armchairs.

As Clementine charged up the back stairs to her bedroom, she caught sight of Aunt Violet coming out of the room. She was tucking something sparkly into the pocket of her trousers.

‘Hello Aunt Violet,’ Clementine called. ‘Were you looking for me?’

The old woman shot into the air and spun around.

‘Good heavens, child, do you make a habit of sneaking up on people or do you reserve that especially for me?’ she snarled.

‘Well, you did. And no, I wasn’t looking
for you
,’ Violet said with a small snort of disbelief.

‘But you were in my room,’ Clementine said, remembering how cross Aunt Violet had been when she had visited the Rose Room.

‘It was
my
room, actually, when I was a girl. And I was just looking,’ Violet replied.

‘No, it was much prettier when it was mine. But I suppose we could always fix it up to the way it should be. Perhaps I’d like to have it again.’

Clementine wondered what her great-aunt was talking about. She wasn’t moving out of her room.

‘Are you staying for a long time, Aunt Violet?’ Clementine asked.

‘That depends. Has Pertwhistle finished in the library yet?’ the old woman demanded.

‘No. Uncle Digby’s doing a spring clean and they take ages and then my friends are coming to stay for the night and we’re having a camp-out,’ Clementine explained.

‘Sophie and Jules. They live in Highton Mill. Their father Pierre makes all of those lovely cakes you like to eat,’ Clementine prattled.

Clementine was puzzled. ‘I don’t know what you mean, Aunt Violet.’

‘I’m exhausted,’ the woman declared. ‘Tell your mother to bring me a cup of tea in my room. I’ve got a headache coming on.’

Clementine watched as her great-aunt strode along the hallway to the main staircase. Surely she couldn’t take her room away. Grandpa would have something to say about that. 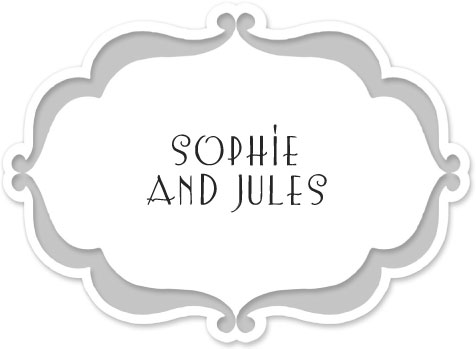 ‘N
ow, make sure that you do everything Clarissa asks and don’t get into any trouble,’ Odette instructed her two children as they stood on the driveway beside Clementine and her mother.

‘Come on, Odette, we ’ave to get all the way to Downsfordvale before dark,’ Pierre called from the driver’s seat.

Odette gave her children a kiss on each cheek and then did the same to Clementine and Clarissa.

‘
Sacrebleu
, Odette, ’urry up. It’s only for one night. We will come back and get them tomorrow. Maybe.’ Pierre grinned and shrugged his shoulders.

‘That’s fine with us, Papa,’ Jules told his father. ‘We love it here.’

‘Maybe your Mama and me, we’ll leave you with Lady Clarissa for a week and take an ’oliday,’ Pierre teased.

‘We’re having a camp-out,’ said Clementine. ‘That’s like a holiday.’

‘In the library,’ Sophie added, as her mother closed the passenger door.

‘Goodbye,’ the children chorused as the little van sped off down the driveway.

Lady Clarissa would gladly have kept Sophie and Jules for a week. Jules was a wonderful big brother to Sophie, and he and Clementine got along famously too.

‘Come on then, what would you all like for afternoon tea?’ Clarissa asked. ‘Your father has left me half the patisserie, I think.’ 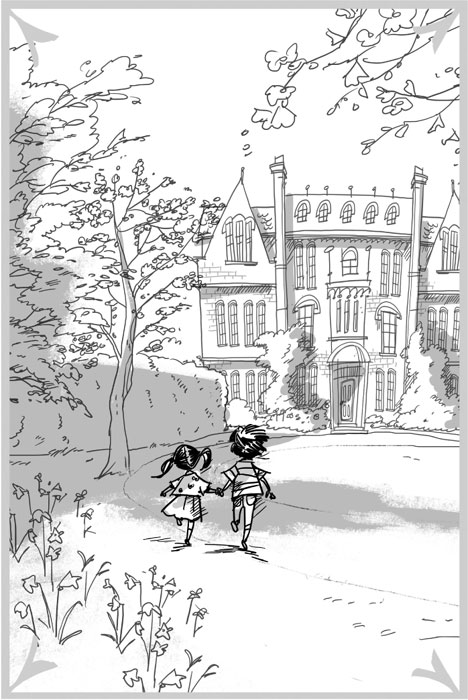 ‘Chocolate brownie for me,’ Sophie said.

‘Chocolate eclair for me,’ Jules said.

‘Is there a meringue?’ Clementine was imagining the sweet tingly confection melt away in her mouth.

‘Yum! We need to have lots of energy if we’re going camping in the library,’ said Clementine.

‘Because we’re going on a safari,’ said Clementine, as if it was obvious. ‘Just like Grandpa did when he was young, except we’re not going to shoot the animals, we’ll just take some photographs.’

Jules laughed. ‘So this is another adventure of yours, Clementine. Like last time when you said that all the people in the portraits on the walls had come to life and you told us about them.’ Sophie and Jules loved Clementine’s stories.

Clementine nodded. The three children followed Lady Clarissa into the entrance hall and Lavender trotted along behind.

‘Do you remember when I told you about that lady up there?’ Clementine pointed at Aunt Violet’s portrait. ‘I said that her name was Grace and she was beautiful and kind.’

Lady Clarissa disappeared into the hallway on her way to the kitchen.

‘What is her name?’ Sophie asked.

‘But I thought she was dead, like your grandfather,’ Sophie said, her mouth gaping.

‘I thought so too, but she came on Friday,’ Clementine explained. ‘And I don’t think she likes me very much and she definitely doesn’t like Lavender. She has a sphynx that looks like a giant rat and this afternoon she said that she might like to have my bedroom. But she does wear nice clothes and she has some of the loveliest shoes I’ve ever seen and she didn’t tell on me last night about Mr Sparks’s hair.’

‘Maybe, but she really doesn’t like Uncle Digby,’ Clementine confirmed.

‘We should stay out of her way, then,’ Jules decided. ‘Your house is so big we shouldn’t have to see her at all.’

‘Come on, let’s get something to eat and then we can start building our tents.’ Clementine raced off towards the kitchen with Sophie, Jules and Lavender hot on her heels.