Clifton Chronicles 01 - Only Time Will Tell 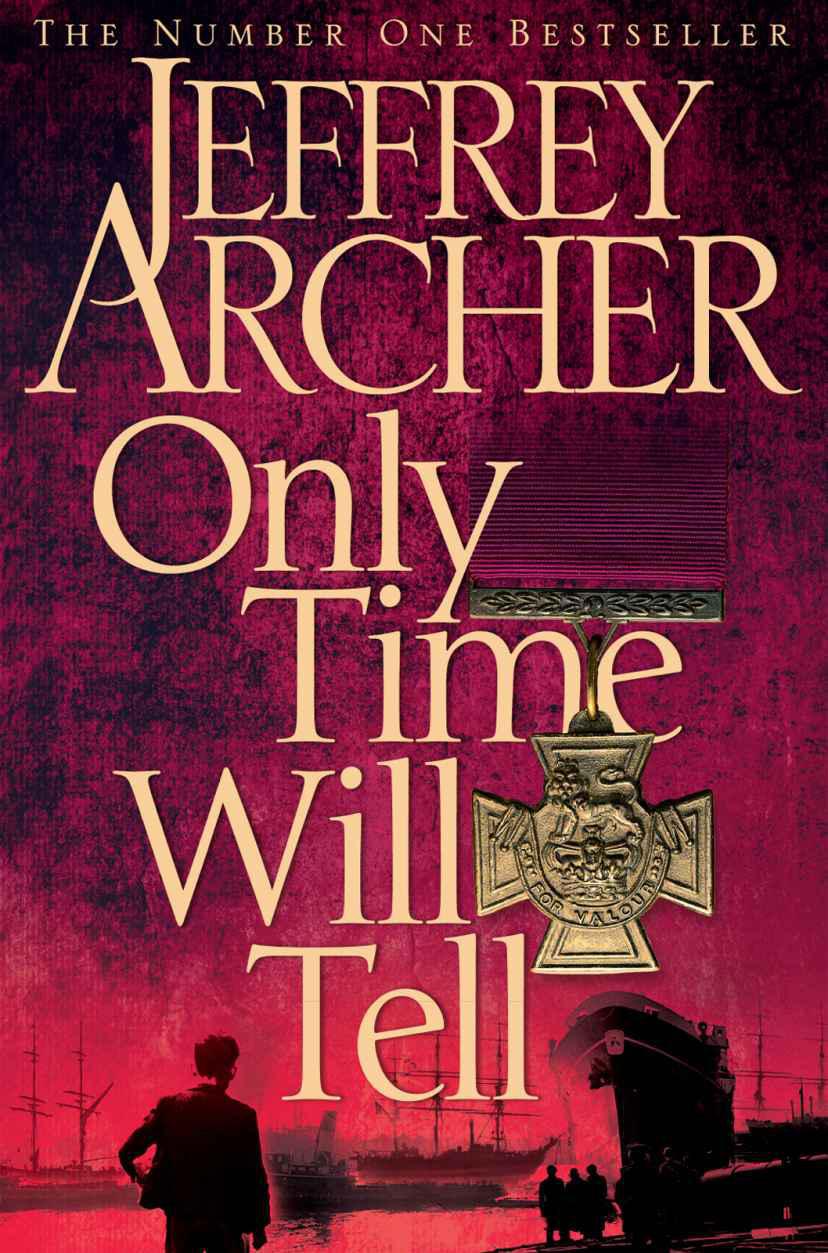 THE CLIFTON CHRONICLES VOLUME ONE

ONLY TIME WILL TELL 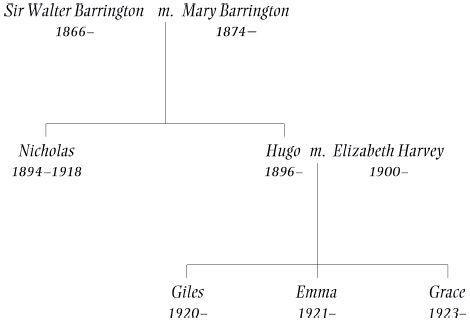 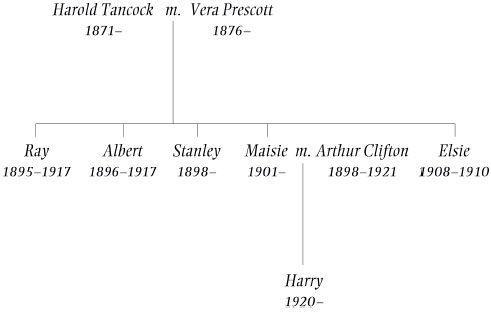 This story would never have been written if I hadn’t become pregnant. Mind you, I had always planned to lose my virginity on the works outing to Weston-super-Mare, just not to that particular man.

Arthur Clifton was born in Still House Lane, just like me; even went to the same school, Merrywood Elementary, but as I was two years younger than him he didn’t know I existed. All the girls in my class had a crush on him, and not just because he captained the school football team.

Although Arthur had never shown any interest in me while I was at school, that changed soon after he’d returned from the Western Front. I’m not even sure he realized who I was when he asked me for a dance that Saturday night at the Palais but, to be fair, I had to look twice before I recognized him because he’d grown a pencil moustache and had his hair slicked back like Ronald Colman. He didn’t look at another girl that night, and after we’d danced the last waltz I knew it would only be a matter of time before he asked me to marry him.

Arthur held my hand as we walked back home, and when we reached my front door he tried to kiss me. I turned away. After all, the Reverend Watts had told me often enough that I had to stay pure until the day I was married, and Miss Monday, our choir mistress, warned me that men only wanted one thing, and once they’d got it, they quickly lost interest. I often wondered if Miss Monday spoke from experience.

The following Saturday, Arthur invited me to the flicks to see Lillian Gish in
Broken Blossoms
, and although I allowed him to put an arm around my shoulder, I still didn’t let him kiss me. He didn’t make a fuss. Truth is, Arthur was rather shy.

The next Saturday I did allow him to kiss me, but when he tried to put a hand inside my blouse, I pushed him away. In fact I didn’t let him do that until he’d proposed, bought a ring and the Reverend Watts had read the banns a second time.

My brother Stan told me that I was the last known virgin on our side of the River Avon, though I suspect most of his conquests were in his mind. Still, I decided the time had come, and when better than the works outing to Weston-super-Mare with the man I was going to marry in a few weeks’ time?

However, as soon as Arthur and Stan got off the charabanc, they headed straight for the nearest pub. But I’d spent the past month planning for this moment, so when I got off the coach, like a good girl guide, I was prepared.

I was walking towards the pier feeling pretty fed up when I became aware someone was following me. I looked around and was surprised when I saw who it was. He caught up with me and asked if I was on my own.

‘Yes,’ I said, aware that by now Arthur would be on his third pint.

When he put a hand on my bum, I should have slapped his face, but for several reasons I didn’t. To start with, I thought about the advantages of having sex with someone I wasn’t likely to come across again. And I have to admit I was flattered by his advances.

By the time Arthur and Stan would have been downing their eighth pints, he’d booked us into a guest house just off the seafront. They seemed to have a special rate for visitors who had no plans to spend the night. He started kissing me even before we’d reached the first landing, and once the bedroom door was closed he quickly undid the buttons of my blouse. It obviously wasn’t his first time. In fact, I’m pretty sure I wasn’t the first girl he’d had on a works outing. Otherwise, how did he know about the special rates?

I must confess I hadn’t expected it to be all over quite so quickly. Once he’d climbed off me, I disappeared into the bathroom, while he sat on the end of the bed and lit up a fag. Perhaps it would be better the second time, I thought. But when I came back out, he was nowhere to be seen. I have to admit I was disappointed.

I might have felt more guilty about being unfaithful to Arthur if he hadn’t been sick all over me on the journey back to Bristol.

The next day I told my mum what had happened, without letting on who the bloke was. After all, she hadn’t met him, and was never likely to. Mum told me to keep my mouth shut as she didn’t want to have to cancel the wedding, and even if I did turn out to be pregnant, no one would be any the wiser, as Arthur and I would be married by the time anyone noticed.

I was told my father was killed in the war.

Whenever I questioned my mother about his death, she didn’t say any more than that he’d served with the Royal Gloucestershire Regiment and had been killed fighting on the Western Front only days before the Armistice was signed. Grandma said my dad had been a brave man, and once when we were alone in the house she showed me his medals. My grandpa rarely offered an opinion on anything, but then he was deaf as a post so he might not have heard the question in the first place.

The only other man I can remember was my uncle Stan, who used to sit at the top of the table at breakfast time. When he left of a morning I would often follow him to the city docks, where he worked. Every day I spent at the dockyard was an adventure. Cargo ships coming from distant lands and unloading their wares: rice, sugar, bananas, jute and many other things I’d never heard of. Once the holds had been emptied, the dockers would load them with salt, apples, tin, even coal (my least favourite, because it was an obvious clue to what I’d been doing all day and annoyed my mother), before they set off again to I knew not where. I always wanted to help my uncle Stan unload whatever ship had docked that morning, but he just laughed, saying, ‘All in good time, my lad.’ It couldn’t be soon enough for me, but, without any warning, school got in the way.

I was sent to Merrywood Elementary when I was six and I thought it was a complete waste of time. What was the point of school when I could learn all I needed to at the docks? I wouldn’t have bothered to go back the following day if my mother hadn’t dragged me to the front gates, deposited me and returned at four o’clock that afternoon to take me home.

I didn’t realize Mum had other plans for my future, which didn’t include joining Uncle Stan in the shipyard.

Once Mum had dropped me off each morning, I would hang around in the yard until she was out of sight, then slope off to the docks. I made sure I was always back at the school gates when she returned to pick me up in the afternoon. On the way home, I would tell her everything I’d done at school that day. I was good at making up stories, but it wasn’t long before she discovered that was all they were: stories.

One or two other boys from my school also used to hang around the docks, but I kept my distance from them. They were older and bigger, and used to thump me if I got in their way. I also had to keep an eye out for Mr Haskins, the chief ganger, because if he ever found me loitering, to use his favourite word, he would send me off with a kick up the backside and the threat: ‘If I see you loiterin’ round here again, my lad, I’ll report you to the headmaster.’