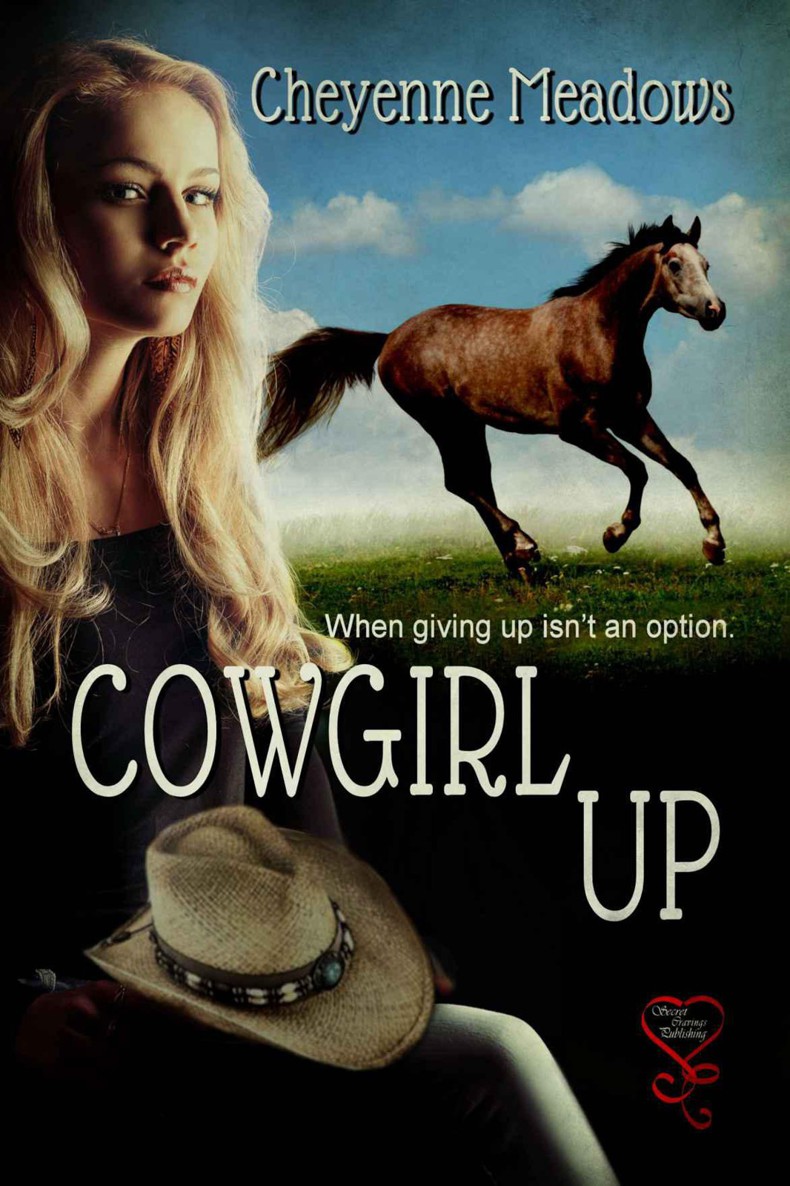 ABOUT THE
E-BOOK YOU HAVE PURCHASED: Your non-refundable purchase of this e-book allows
you to only ONE LEGAL copy for your own personal reading on your own personal
computer or device.
You do not have
resell or distribution rights without the prior written permission of both the
publisher and the copyright owner of this book.
This book cannot be copied
in any format, sold, or otherwise transferred from your computer to another
through upload to a file sharing peer to peer program, for free or for a fee,
or as a prize in any contest. Such action is illegal and in violation of the
U.S. Copyright Law. Distribution of this e-book, in whole or in part, online,
offline, in print or in any way or any other method currently known or yet to
be invented, is forbidden. If you do not want this book anymore, you must
delete it from your computer.

WARNING: The unauthorized
reproduction or distribution of this copyrighted work is illegal. Criminal
copyright infringement, including infringement without monetary gain, is investigated
by the FBI and is punishable by up to 5 years in federal prison and a fine of
$250,000.

If you find a Secret Cravings Publishing e-book
being sold or shared illegally, please let us know at
[email protected]

All cover art and logo copyright ©
2015 by Secret Cravings Publishing

ALL
RIGHTS RESERVED:
This literary work may not be reproduced or transmitted in
any form or by any means, including electronic or photographic reproduction, in
whole or in part, without express written permission.

All characters and events in this
book are fictitious. Any resemblance to actual persons living or dead is
strictly coincidental.

For all those who refuse to give up on their dreams.

Have
you heard about the newest idea in ebooks, the ebook club? Secret Cravings
Publishing has two ebook clubs, The Cravings Ebook Club or the Cravings
Paranormal Ebook Club, and we invite you to become a member.

As a
new member, you will receive
Trouble With
a Cowboy*
by Sandy Sullivan and
Blood
Kisses**
by H.N. Sieverding FREE, just for joining!

You’ll
also receive
4 BRAND-NEW EBOOKS
,
specially selected by our Editorial Director, every month in a variety of
genres for a total price of only $9.99 for all 4. This comes out to barely
$2.50 per book,
much less
than the retail price and you’ll be able to
enjoy your books
even before
they are
uploaded to the popular sales sites. One
of several privileges of club membership.

18 wheels had her heart
until one hard-up cowboy found her kickin' up her heels and propositions her to
take his bull to Vegas.

Jacie Hawkins drives big
wheelers for a livin'. Something not a lot of women do. Littleton Oklahoma is
just a dry stopover for a few hours of rest and relaxation at the nearest bar.
Jacie needs to find a hot cowboy to release some of her pent up frustrations on
for the night, but wannabe's aren't her style.

Tucker Marshall needs a
big-rig driver to haul his prize bull to National Finals Rodeo and he needs one
fast. Who would have thought he'd find one shootin' pool at the local bar
dressed to kill and takin' numbers?

Can some slashed tires and
an ornery bull bring two hard-headed people together for some fun in the sun
and a little more?

Ashleigh Brown, the author of the popular Nightwalkers
series, lives a quiet life free of the limelight. She keeps her real identity secret by writing
under the pen name, Victoria Allure. She
soon finds herself in a bind when she's kidnapped by a group of handsome
vampires seeking Victoria. She then
agrees to meet their Master, who's a huge fan of her books. But instead of meeting him, she accidentally
crosses paths with her rock star crush. He is the sexy muse behind Nightwalkers and the man she based the hero
in the series upon. She would do anything to meet him but little does she know
her crush has a secret...

We will try to
match your books to your preferences, however, if you’re a major paranormal
fan, we suggest you join the Cravings Paranormal Club. Everything is the same
except that three of your four books will be paranormal. The remaining book
will be of a different genre.

As a
club member, you will also receive:

exclusive
interviews with your favorite authors

special
offers not available to the general public

To
join, visit the Secret Cravings Publishing website. At the bottom of the page
you’ll see a button for the club. You can sign up there and share your
preferences for genre, format and heat level with us. You will be charged,
automatically, through PayPal, only $9.99 every month. Your b
ooks
will be shipped within 1 day after PayPal payment has cleared.
You may
cancel at any time by clicking on the “unsubscribe” button located on the
Cravings Club tab at the bottom of our website and keep the FREE BOOKS as our
gift.

We hope
our Secret Cravings books will delight you each and every month.

“We’ve
found a foal for Star.”

Trinity
blinked at her mother. Star, her former champion barrel racing mare and
Trinity’s best friend, gave birth less than twenty-four hours ago to a
stillborn baby. Almost immediately, Lora, Trinity’s mother, signed up Star as a
nurse mare in an effort to help the obviously grieving mare and give a needy
foal a wonderful momma.

“Golden
Aspirations Farm in Gentry.” Her mother collected her purse. “Let’s get moving.
The sooner we get Star there, the sooner she can dote on another baby and be
happy again.”

Which
was all that truly mattered. To them all.

Their
world revolved around the mare, once one of the best to take on the cloverleaf
pattern at regional rodeos. Probably would have made it to the big time if Lora
hadn’t had a quick fling with a bull rider named Buck, ended up pregnant, then
traded in her saddle for diaper duty and a job as an elementary school teacher,
determined to make it as a single mother and raise her daughter right.

Trinity
knew love, caring, and the giving nature of her mother. What she missed was
knowing her father and getting the opportunity to follow in her mother’s
abandoned footsteps. She wanted to surge straight to the summit of barrel
racing by not only being invited to the national finals, but winning. Her best
friend, Star, might have been the springboard for her mother, but with her
advancing age, Lora opted for retirement for the beloved mare and motherhood in
hopes of raising the next generation of a speedy and nimble barrel racing
horse. That bubble burst yesterday.

Now,
Trinity’s dreams lay as lifeless as Star’s first foal. Considering they
sustained on a teacher’s salary, a kitchen garden, and the fee from breaking a
horse now and again, the ability to pay a hefty stud fee remained well out of
their grasps.

“What
happened to the mother?” Trinity glanced out the window of the old truck, her
mind whirling at this latest development.

“Complications
from delivery, I’m told. Perforated bowel from what they could determine. She’s
already been rushed off for emergency surgery.”

Being
raised around horses all her life, Trinity realized how dire the situation for
the poor unfortunate mare. Most people wouldn’t bother with the effort, but
this mare obviously had an exceptional owner who strove to do right by her
animal.

Maybe
all wealthy people weren’t heartless after all.

Couldn’t
prove it by her. Not since her father made a career out of his sport, raked in
the prize money, and still stubbornly refused to offer up financial assistance
to her mother. Since his name and signature were absent from her birth
certificate and he refused a paternity test, legal pursuit remained way out of
reach. Oddly enough, Lora never blamed him or held animosity for the man who
left her pregnant and alone. Instead, she brushed the harshness of life off her
sleeve and moved on.

A skill
Trinity wished she could learn.

Less
than an hour later, they arrived at their destination, left Star in the trailer
for the moment, and walked into the first barn as they’d been directed. Three
people stood waiting, all with thin lips and pensive expressions. Worry eked
from each one in abundance. The two men flanking the one woman had to be either
the farm’s owner or perhaps a manager, leaving the middle-aged woman with
silver hair to be presumably the owner’s representative. Trinity doubted most
top-of-the-line thoroughbred breeders and owners attended the birth of their
latest foal.

“Thanks
for coming so soon. I’m Jerry. I spoke with you on the phone. This is Mrs.
Hunter, the mare’s owner and John, the broodmare foreman.” He tilted his head
toward the woman next to him, then once more toward the other man.

Mrs.
Hunter. The name rang a huge bell. Not only did the woman own a few racehorses,
she owned some of the best, including last year’s winner of the Kentucky Derby
and the Preakness. Another Victory Gallop fell short by a nose in the Belmont
Stakes to pulling out the rare and nearly impossible Triple Crown.

Totally
amazed and impressed, Trinity studied the woman closer, deciding she liked the
lady who stood in the middle of a stable after dark, trying to help a
motherless foal even as her mare underwent surgery at the university’s vet
hospital.

“Yes,
of course.” Lora held her hand out and shook his. “I’m Lora Crocket and this is
my daughter, Trinity.”

The
others inclined their heads toward Trinity, but her mother held their
attention.

“Let’s
get the details ironed out so we can unite the colt with his new mother,” the
second man said.

“Mrs.
Hunter, the mare’s owner, is generously offering a nurse mare rental fee of ten
thousand, including the care of your mare while here and the farm has a handful
of studs at their disposal both here and at another location, including a
couple of quarter horses, to breed her back to as is traditional in this
situation.”

The
woman pursed her lips. “Thank you, John, but I can speak for myself.” She
pinned Lora with her gaze. “If that amount is agreeable to you…”

Lora
opened her mouth, but Trinity broke in. “We want her bred to Another Victory
Gallop.”

All
eyes stared at her.

Jerry
blinked. “Do you know what his stud fee is right now?”

“One-hundred-thousand
as of last Wednesday.” Trinity lifted her chin and met their gazes steadily.
“An amount we’ll never see.”

Mrs.
Hunter studied her for a long moment. “You realize what you ask is way
overboard?”

Trinity
nodded. “Yes, I do. But I know this. Star was the best barrel racer of her time
just like Another Victory Gallop was in his. I know it’s almost unheard of to
mate a top level thoroughbred stallion to a quarter horse mare, but it will
work out. Wonderfully so. I just know it.” She poured her heart out, willing
the older woman to agree. Her future hung in the balance.

“What
do you intend to do with the resulting foal?”

“Ride
him to victory at the barrel racing national championships,” Trinity answered
truthfully, then held her breath.

A ghost
of a smile crept up on Mrs. Hunter’s face. “I believe we have a deal.”