Read Curse of the Alpha: The Complete Bundle Online

Curse of the Alpha: The Complete Bundle 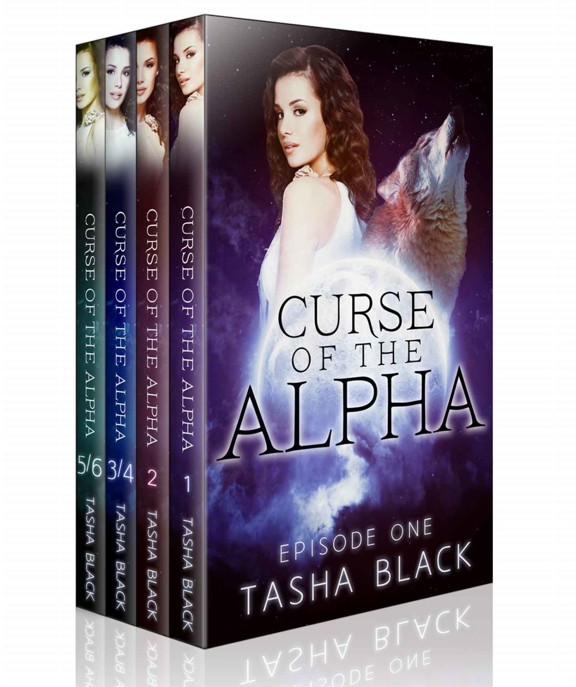 Step into a world of shifters, witches, ghosts and romance...

Ainsley Connor has turned her back on her past.

Her perfect life as a successful real estate agent in Manhattan makes her memories of growing up as the daughter of a werewolf seem like a dream. But when a tragic accident forces her back to her unusual hometown, she can't repress her inner wolf any longer.

Worse, the pack needs her to settle down and pick a mate. But how can she choose when the tiny college town is full of sexy shifters, all vying for her attention?

And the shifters aren't even the strangest thing about Tarker's Hollow...

Ainsley Connor is on a mission to get back to the penthouses of Manhattan before the full moon. Will the pack manage to stake their claim on her before it's too late?

Ainsley learns about the danger facing the pack, and discovers that someone she trusts is hiding a dark secret. Will she be able to restrain the beast inside as it struggles to break free?

Ainsley must retaliate after a shocking betrayal. Information from her past helps her to see things in a new light. But how will she react when she receives a ghostly visitor?

Ainsley makes a plan to leave Tarker’s Hollow, but ends up running for her life. Will she manage to escape in time to use what she has learned to shape her future?

Ainsley makes a powerful enemy. Mysteries are solved and secrets are uncovered. How will the pack react when the new alpha is drawn?

Ainsley must master her true nature to bring balance to the pack. Will she be able to harness her powers in time to defend the ones she loves?

Curse of the Alpha: The Complete Bundle combines all six episodes of the Curse of The Alpha serial in one place! It is a complete story of over 400 pages, and does not contain cliffhangers!

It is romance with sex, and is NOT intended for readers under the age of 18.

C
opyright
© 2014 by 13th Story Press
All rights reserved. This book or any portion thereof
may not be reproduced or used in any manner whatsoever
without the express written permission of the publisher
except for the use of brief quotations in a book review.

C
over design
2014 by Cormar Covers

T
hanks for taking
the time to read the first installment of Curse of the Alpha!

I’ll let you know when I have something new coming out. Plus you'll get the chance to read unreleased sneak previews, snag free stuff, and even make suggestions on future installments!

Y
ou can also check
me out at:

And thanks again for reading my book. I know there is no shortage of books out there. It means a lot to me that you chose to read mine!

A
insley was having
the dream again.

She had worried that coming home to Tarker’s Hollow would bring it back. Her hands twisted the sheets as she tossed in her old childhood bed. At the same time, she smelled the pine needles crunching underfoot as her dream-self ran through the college woods.

In the dream she was always a teenager again.

Brian Swinton, the new boy at school, ran a few steps behind her, laughing.

Brian had just a few freckles on his cheeks that made you look at his eyes, his big, dreamy, hazel eyes. Once you were done with his eyes, which could be quite a while, you couldn’t help but see how his t-shirt hugged his wide shoulders and his Levi’s hung from his narrow hips. And even though he was a new kid and quiet, he made Ainsley’s heart beat loud, loud, loud.

After school he would walk her home, and sometimes, Brian would try to pull her toward the woods. And Ainsley, who had always been a good girl, would sometimes let him.

There, they would kiss under the pine trees until Ainsley was dizzy and heated and pushed him away to run as fast as she could back home. He would call after her, both of them laughing.

But the dream wasn’t about one of those times. The dream was always about their last visit to the woods.

In the quiet night of her parents’ empty house, a more grown up Ainsley thrashed in the sheets and tried desperately to wake up. But her traitorous feet carried her deeper into the woods, deeper into the dream.

As she ran, her own laughter mingled with Brian’s, close behind. At last, she stopped, whirled around, and wrapped her arms around his neck, ready for a sweet, slow kiss.

Instead, he spun them both around and pressed her back against a tree.

He’d never done that before.

Before she could react, he slid his hands gently down her ribcage and let his thumbs brush her nipples.

Ainsley gasped as she took in the brand new sensations.

Brian pressed his mouth to hers again and angled his whole lean body against her soft one. She felt his heart pounding in his chest, and the hardened length of him throbbing against her hip.

Her insides clenched in pleasure and she deliberately pressed her breasts against his chest.

He inhaled sharply and stilled for a moment, then devoured her mouth again, fists clenched in her hair now, his hips rocking that mysterious stiff bulge against her.

In that moment Ainsley felt a surge of awareness. Suddenly she could hear every twig snap and every squirrel scamper in the woods. She could smell the wood shavings at the hardware store in the village, and hear the train on the tracks in the city half an hour away, thundering toward Tarker’s Hollow.

What was happening to her?

The sensory assault washed over Ainsley in a tidal wave until she felt that her heart could not keep beating.

Even poor Brian Swinton, excited as he was, must have felt the change in her. He pulled away, panting.

“Listen, we don’t have to make out, Ainsley. I know you have a lot of school work and you’re a nice girl…”

From her bed, Ainsley wanted nothing more than to agree with him and walk away. But she knew that was useless. The dream would run its course.

Teenaged Ainsley touched a cautious finger to Brian’s lips, then cupped both hands around his familiar face, letting her thumbs brush over the freckles on the tops of his cheeks, and staring into his hazel eyes. The smell of anxiety wafted off the light sweat on his brow.

She ran her hands through his sandy hair and he closed his eyes. Her fingers traced the gentle swell of his biceps, and her nails raked slowly down his chest. He leaned into her hands, but she brought them back up to his face.

Before he could respond, she grabbed his lower lip in her teeth and sucked on it gently.

Something was building inside Ainsley, struggling to break free.

Brian moaned softly. His hand cupped her breast, then worked its way down. He fumbled with the button of her jeans while they kissed.

The sounds of the surrounding woods disappeared - Ainsley could hear nothing over the pounding of her own pulse. At last, the button gave way and Brian slipped his fingers into the waistband of her cotton panties.

There was a blur of movement, and a harsh growl, then everything went black as the air filled with shrill, unnatural shrieks.

Ainsley Connor finally opened her eyes in the safety of her old bedroom, her throat raw from screaming in her sleep.

The dream was over, but the feeling of it still draped her like a thick fog.

Any hope of rest was gone for the night.