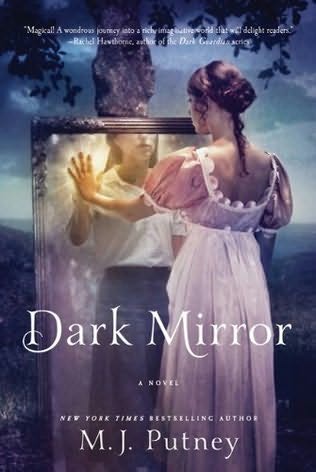 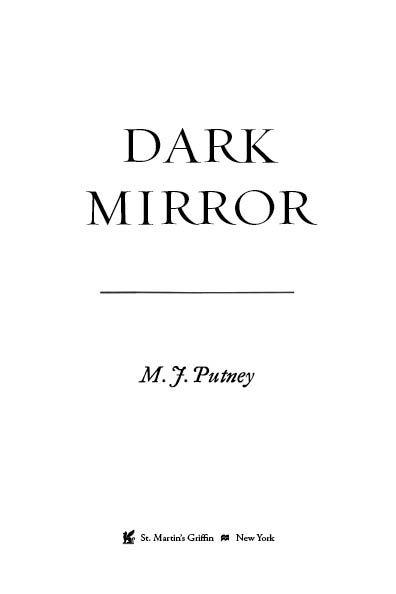 To all the brave people who came together at Dunkirk to rescue an army, which was the first essential step toward saving Western Europe. Your courage will never be forgotten.

My thanks to all the usual suspects, most especially Pat Rice and Susan King for helping me bat this around, and to John, who is terrific at the warrior stuff.

A special thanks to two most excellent editors: Betsy Mitchell, who suggested I write YA, an idea that immediately seemed absolutely right. And to Sara Goodman, who had the brilliance and exquisite taste to fall in love with Tory and her friends.

I mustn’t forget the amazing Robin Rue, an agent who is willing to let her authors follow their mad particular stars, and also thanks to her assistant, Beth Miller, who was a great help as I shaped
Dark Mirror.

Nicola Cornick and Elspeth Cornick generously offered to help make my prose properly British and accurate to the period. I’m grateful for your help. Any errors are mine.

Many thanks also to John Tough, archivist of the Association of Dunkirk Little Ships, who helped me as I struggled to make the evacuation as accurate as I could.

“Be damned to all mages!” the earl snarled as he stormed into the coffeehouse.

Sally Rainford, the proprietress, rolled her eyes silently. There were more than a thousand coffeehouses in London, but hers, the King’s Cup on Saint James Street, had the most aristocratic patrons. And most, like this earl, were a plaguey nuisance.

The earl gestured to Sally to bring coffee, then claimed a seat at the communal table occupied by a dozen or so of his fellow aristocrats. “We must make the practice of magic illegal in England!”

Make magic illegal? How could they ban something so natural? Keeping her thoughts to herself, Sally assembled a tray with coffee, a small pot of cream, and little bowls of shaved chocolate, cinnamon flakes, and chipped sugar.

The cool viscount sitting opposite the earl arched his brows. “That’s rather extreme, my dear fellow. What happened?”

Sally carried her carefully prepared tray to the earl. She’d rather pour the coffee on his head, but that would be bad for business.

“A poxy mage used his power and almost seduced my youngest daughter.” The earl stirred a spoonful of chocolate shavings into his coffee with angry jabs. “I’ve made sure the brute won’t seduce any more wellborn young girls, but if it hadn’t been for his magic, he would never have dared try.”

Sally stifled a snort. Maybe it made the earl feel better to blame a mage, but young girls often had roving eyes.

“Was it Hollinghurst? That young beast has used magic to seduce other women,” a tight-lipped baron said.

The earl gave a sharp nod. “But seduction is not the only trouble mages cause. We should ban the lot of them!”

“Lord Weebley uses magic to cheat at cards,” another man growled. “I’m sure of it, but I’ve never had proof. Bloody impossible to prove magical cheating.”

The scowling baron stirred sugar chips into his coffee. “Magic is a tool of the devil, and it’s time we banned it. Who hasn’t suffered at the hands of mages who use their vile powers to cheat and manipulate? I say it’s time we start to burn witches again!”

Disturbed, Sally pressed a hand to her belly. It was too soon for the babe to show, but her husband, Nicodemus, came of a Kentish family known for magical ability. Likely this child would be a mage, too, since Sally was a talented hearth witch. That was why her coffee was the best in London.

It hadn’t been all that long since witch hunts were common, but these days, most people had come to see the value of magic. Plus, witches had started calling themselves mages, which didn’t sound so wicked.

Sally didn’t think that the bad old days would come again now that magic was so widely accepted. But far too often she heard patrons of the King’s Cup make angry comments like these. Friends who worked in great houses reported similar remarks. Maybe in time the fancy folk would disdain all magic and leave the benefits to commoners like her.

A tall, lean man whose dark wig cascaded past his shoulders had been lounging by the fire. Raising his voice to carry through the coffeehouse, he said, “A total ban would never work. Most Englishmen like magic. They celebrate if their children show strong gifts since such talents can be profitable.” He stroked his thin moustache idly. “No point in passing a law no one will obey.”

Sally gave thanks that the most important man in the room was showing his usual good sense. His opinion encouraged others to speak up. A duke said thoughtfully, “A total ban wouldn’t be in our best interests. I almost lost my wife and son in childbirth, but a mage healer saved them both.”

“Can’t afford to get rid of weather mages, either,” a gruff northerner said. “As wet as it is in Westmoreland, most years my tenants’ crops would rot in the fields if I didn’t employ a good local mage to send half the rain away.”

Sally nodded approval. The Rainfords were best known for their weather magic, and it was men like the northerner who kept them prosperous. Her husband’s earnings had enabled them to start the King’s Cup.

The tall, dark-haired man drawled, “Perhaps social censure might serve you better than a law. The aristocracy is small compared to the great mass of Englishmen. Though it’s not feasible to ban magic throughout England, influential gentlemen like you should be able to drive magic out of the nobility. Leave it to the lower orders.”

There was a pause while all the lords in the room considered the words. The angry earl said slowly, “We should speak out about how unsporting and vulgar magic is.”

“We can give the cut direct to mages. Involve our wives, since they rule the social world.” The cool viscount gave a faint smile. “My lady recently complained about a mage duchess who uses power to enhance her beauty. My wife was furious. She and her friends will gladly use their influence to make magic unfashionable.”

“My mistress has strong illusion magic, and she can change her appearance to look like any woman I fancy,” another lord said. “It’s like having a harem of the most beautiful women in England!”

There was a burst of laughter from the other men. The viscount said, “I foresee a world where people of our sort are above magic, but we benefit by how commoners use it.” He smiled slyly. “My mistress has very similar talents.”

Sally sniffed but kept her gaze down while the lords raved about all the ways they could demonize magic among their own kind. Mostly the lords didn’t notice her unless they wanted more coffee, but if someone saw the expression of contempt on her face, there might be trouble. These men had power, and it was best not to offend them. Wiser to concentrate on shaving chocolate and nipping loaf sugar into small pieces.

Sally set a pan of coffee beans to roast, thinking the viscount was right. Foolish aristocrats would drive the mages from their ranks. She touched her stomach again. Her babe would have magic. When it was born, its talents would be welcomed, and that was as it should be.

But she felt sorry for those poor doomed magelings who would be born to the nobility.

Lady Victoria Mansfield flew high, high over her family’s estate. Arms and legs outstretched, long skirts fluttering around her knees as she gloried in her freedom and in the soft scented wind.

She laughed with delight as she saw the familiar Somersetshire hills from above. Here was the vast stone length of her home, Fairmount Hall, there the beautiful gardens that ran to the bluffs. Waves crashed far below, and gulls soared at Tory’s height, their cries haunting.

She swooped down to investigate the round stone dovecote. Doves squawked in protest when she flew inside. Startled, she almost plunged to the ground.

Concentrate on staying aloft.
With a giddy rush, Tory swooped up again, soaring through the door of the dovecote and into the sky. Perhaps she should fly to the nearby estate of the Harford family. The Honorable Edmund Harford was the eldest son and heir to his father’s title and property.

She’d always admired Edmund. He was back from university for the summer and she wanted him to see that she had grown. Perhaps he’d think she was almost as pretty as her older sister, Sarah.

Tory banked into the wind and turned east toward the Harford estate.

A horrified cry shocked her awake.

Jolted from sleep, Tory realized she was floating a yard above her rumpled bed, terrifyingly unsupported. Her mother, the Countess of Fairmont, stood in the doorway, her expression horrified. “Victoria,” she breathed. “Oh, please,
no
!”

Tory glanced up into the canopy above her head. A spider had spun a web in the corner, and the ugly creature was looking right at her.

She shrieked and crashed down on the bed, her breath whooshing out as she flopped onto her stomach. Shaken and afraid, she pushed herself up with her arms. She couldn’t really have been flying! “What … what happened?”

“You were flying.” Her mother closed the door, her white-knuckled hand locked around the knob. “Don’t ever do that again!” she said, voice shaking. “You know how society feels about mages. How … how your father feels about them.”

“I can’t be a mage!” Tory gasped, shocked by the impossibility of her mother’s words. “I’m a Mansfield. We’re not magical!”