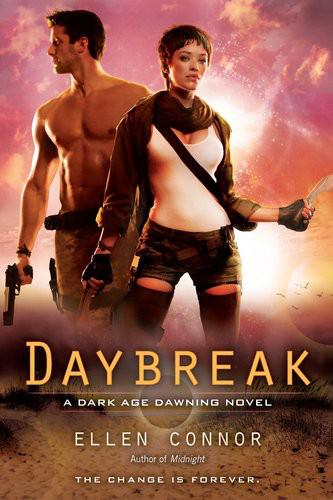 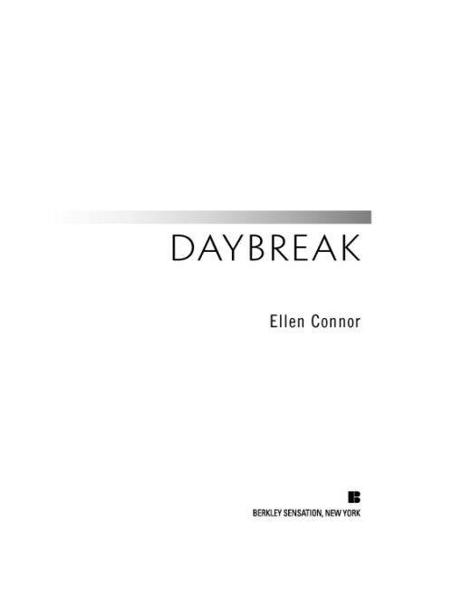 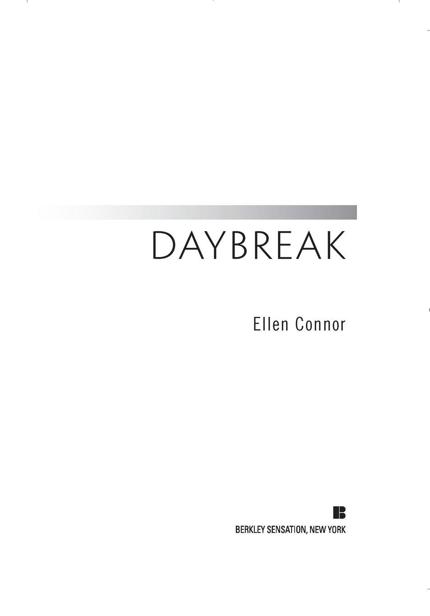 To our readers,
whose support made this journey epic
ACKNOWLEDGMENTS
It’s time to mention the people whose expertise and support made this novel possible. Thanks to Laura Bradford and to Cindy Hwang for believing. The Penguin team is likewise fantastic . . . with renewed appreciation for artist Gene Mollica for such gorgeous covers. You brought our vision to life.
With love and gratitude, we thank our families for their fortitude in the face of leftovers and distraction: Andres, Andrea, and Alek, as well as Keven, Juliette, Ilsa, and Dennis and Kathleen Stone.
Additional thanks to the Peeners, the Broken Writers, plus Larissa Ione, Sasha Knight, Jenn Bennett, Zoë Archer, Lorelie Brown, Patti Ann Colt, and Kelly Schaub. Your unstinting and unshakable friendship means the world to us. Thanks, as well, to Fedora Chen for the best proofreading in the business.
To our readers, we offer sincere appreciation.
Daybreak
ends this journey, but as always, we deliver the happy ending the hero and heroine deserve. You can email us at [email protected]
ONE

From the great water, a leader will rise up. He bears no magic and yet those who fly and cast and shift their skins will follow him.
From great sorrow a flower blooms in a woman’s shape. A lion prowls in her shadow. She may be born again in the beast’s mouth.
The flower balances between lion and leader, and she must choose. In such days, an island kingdom may found an empire that spans a hundred plus a hundred years. The world holds its breath.

Pen Sheehan twisted her right forearm. Wire dug in where guards had pinned her arms behind her back. The slack meant she could slip free. With time. But no telling how much she had. The camp could be anywhere, from a few kilometers away to a few hundred.
Only, she couldn’t work any faster. Just slow, patient movements. Should her unconscious mind tumble ahead of her goal, she’d panic. She’d realize just how terrifying it was to be bound as a sex slave.
Visceral fear jabbed at her, as real as the gouging strand of wire along the thin skin of her inner wrist. She closed her eyes and breathed steadily. But she only ever found her mother in the dark—her mother, Angela, who had been dead nearly twelve years.
Her pulse jumped. The tingling ache that radiated out from her marrow said she was too close to losing control. Panic meant transporting. Involuntarily. She’d blink the wrong way and find herself by the side of the road somewhere.
And with her magic, panic could mean much worse. So much worse.
As much as she’d love a breath of air untainted by filthy, sweaty bodies, she needed to stay put. Stay in the truck. Make it to camp.
She opened her eyes and met another woman’s wide, terrified gaze. Thin and grimy, she should’ve resembled muck hauled from a pit. But she had amazing cheekbones, smooth skin, and a remarkable figure revealed by tatters of dark wool. O’Malley would earn a fortune on her, especially if she was free of disease.
Wire wrapped the woman from palm to elbow, securing her arms overhead on a rusted hook. At least Pen didn’t have to wiggle out of
that
serpentine fastening. She might not have been able to hold back her terror.
Using magic wasn’t the problem. It was the dizziness and half-starved weakness that came from it, especially emergency bursts designed for self-defense.
And then there was the unpredictability.
She needed to arrive at camp strong and in full control of her senses. Anything less meant failure. No more innocents would die because of her.
She cleared her throat and locked eyes with the woman across the way. “What’s your name?”
No response. Only the shy skitter of a gaze that touched the two armed guards at the back of the truck, then ducked away to a neutral place on the truck’s filthy floor.
Pen sighed. While she struggled with the occasional flash of alarm, at least she had recourse that the other two dozen captives lacked. Not only could she heal and produce at will, a host of spells, but she was in the truck by choice. The Change had done its best to wipe out humanity. She refused to let the nastiest surviving strain obliterate the remaining good.
Purpose infused her with new strength. She braced herself for the pain. With a quick jerk, she wrenched her elbow; the wire gave up a half inch of its grip. Blood dripped along the pad at the base of her thumb.
The boy trussed to her right ducked away. He cringed. No one wanted to be associated with a rule breaker. Rage simmered under her breastbone—a quiet burn that matched the ache at her wrist—at seeing people so victimized. She kept working, occasionally checking the guards. The bastards were, as always, distracted by the merchandise. One of them might find
her
worth staring at, which could be disastrous for her plan.
At least she didn’t fear rape. None of the slaves did. Not in the truck, anyway. Later, after a sale, daily abuse became a fact of life. But for a guard to sully the goods meant the loss of his dick. She’d seen O’Malley thugs stripped of all four limbs and left alive to serve as an example. A man who stole from General O’Malley might as well find a rope and hang himself.
Her hand went numb. Her knees, too, ached from the way she’d been forced to sit. Hunger gnawed at her belly. The hot wind snaking between gaps in the tarpaulin left her missing her cloak, because that would’ve kept the dust out of her mouth. She adored that damn cloak. Blanket and disguise and protection, all in one. But giving it up had been essential. Be meek. Be subservient. Anything else risked betraying her real purpose.
ADS
15.4Mb size Format: txt, pdf, ePub

The Dominion Key by Lee Bacon
Small Vices by Robert B. Parker
A Breath of Dead Air (The Mysteries of Bell & Whitehouse Book 8) by Nic Saint
Casca 21: The Trench Soldier by Barry Sadler
A Bad Night's Sleep by Michael Wiley
Trail Of the Apache and Other Stories (1951) by Leonard, Elmore
shadowrun 40 The Burning Time by Stephen Kenson
Smoke and Mirrors by Tiana Laveen
Kill Switch by Neal Baer
Mistletoe and Mayhem by Kate Kingsbury