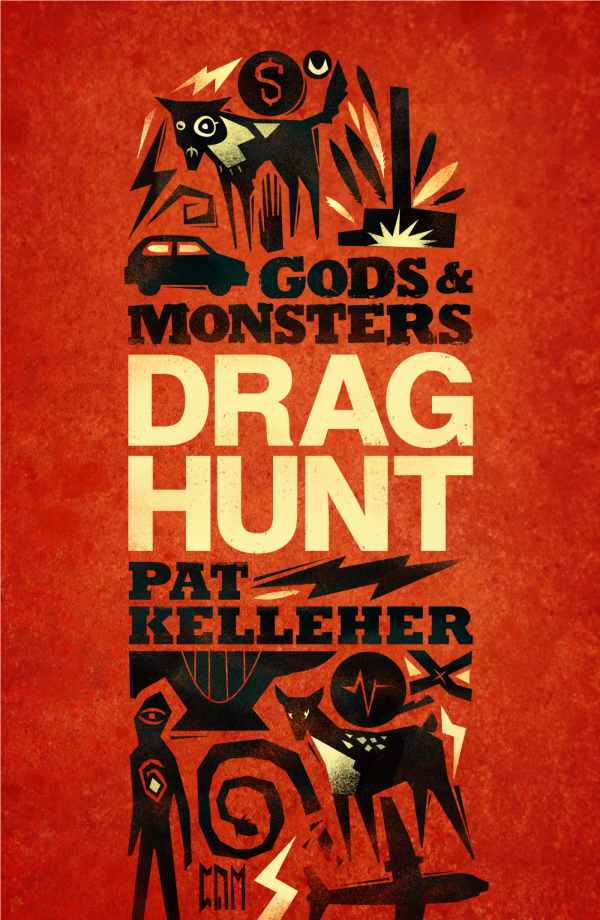 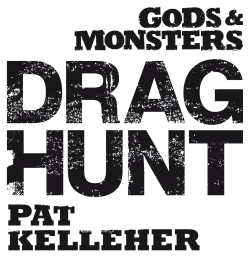 Abaddon Books and Abaddon Books logo are trademarks owned or used exclusively by Rebellion Intellectual Property Limited. The trademarks have been registered or protection sought in all member states of the European Union and other countries around the world. All right reserved.

A
CHING WITH AGUE
, his joints stiff with age, the tramp ran, though he could barely remember how. In desperation, he cast aside the bundle of plastic bags containing all his hoarded worldly possessions, nothing now but ballast. They split as they hit the ground, their contents scattered to the winds as he fled.

He couldn’t understand why they were chasing him. He couldn’t even remember his name; it had been so long since anyone had used it. But he remembered fear, and he ran.

He darted through the bedraggled copse beyond the abandoned industrial estate, all that remained of the wildwood that once dominated his dreams, now a haunt of underage drinkers and doggers—old rituals turned sour. He loped down old tracks that no longer existed in anything but his threadbare memory. It wasn’t even conscious. It was pure instinct.

In the dark, black hounds, eyes glowing as red as torturers’ coals, bayed at his heels.

H
E’D SPENT HIS
day in the town centre, the kingdom of his prime, reduced to a pile of jealously guarded soggy cardboard boxes and shopping bags, under bowers of concrete blooming with graffiti. In his dreams, people sought him out with offerings, for blessings. Now, invisible, forgotten, he had to beg.

Then
they
showed up.

The silver-haired businessman with the woollen coat had dropped loose change into his broken polystyrene cup.

“I’m sorry,” the businessman had said.

The tramp gave him an uncomprehending toothless grin, and watched as the man walked away, taking a small glass tablet from his pocket, and drawing mystical runes on its surface.

“Found him,” the businessman said to it. “A genius loci, no doubt.”

Spooked, the tramp gathered up his dirty blanket, plastic bags and cardboard, and shuffled off. Maybe he was a council man. He looked the type. It was time to move on, anyhow. The shops were shutting. Their skips would be filling with out-of-date foods. Sandwiches and cakes. Left for him, like the votive offerings of his dreams.

N
OW, AIR ESCAPED
from his lungs in long, dry rasps. Lank, wet, yellow-grey hair lashed his face as he glanced behind him at the pursuing shadows.

The ground fell away beneath him. He tumbled down the embankment, staggered, dazed and half-blinded, onto the motorway.

He whirled, confused. Around him, rushing lights striated in the hard biting rain. Squeals and screeches filled the night air as metallic monsters roared by. He threw up his arms against the light as cars swerved to avoid him, horns blaring.

He took momentary refuge on the central reservation, before crossing the far lanes in a mad pirouetting dash and scrambling up the embankment on the other side.

Cold, biting rain whipped across the moors above the town. He stumbled over the heather and across the bog that held the bodies of those willingly sacrificed to him, bodies long since drained of any sacred power he might have drawn from them.

They were getting closer.

Why? They didn’t need to do this. He was no threat to anyone.

But his pursuers knew the old ways. They had beaten his bounds. They had run him to earth. The boundaries of his dominion had become a cage. Now they were closing in. There was only one place left to run.

The stones rose above him on the brow of Hillstone Howe. Ancient and solitary, the stone circle, known as the Devil’s Fingers, had stood there since the town of Bridstowe had been naught but a ford across the river. They had weathered the centuries better than he had. He hobbled in desperation toward its centre, to the tall stone that stood there.

The air burned in his chest as he reached out to touch the greasy wet surface of the menhir, and trace the illegible weathered runes carved into its lichen-poxed surface. He rested his forehead against the soothing cool damp of the stone. In his dreams, this was the seat of his tiny realm. His sacred place. His hearg. The one place he should be safe.

“You gave us good sport!” a voice called through the wind.

The tramp turned his back against the stone.

The large black hounds prowled round the edge of the stone circle, low growls issuing from curled black lips. The hound master, a slim man with black hair, jet black eyes and an insolent smile, called out.

A man with auburn hair strode from the shadows and took a defiant step into the stone circle. He looked about, as if expecting something to happen. Nothing did. A grin split his face.

He opened his arms wide. “What, no welcome? Have you forgotten your fridh?”

The tramp dug his heels into the dirt to scrabble backwards, but the stone was hard at his back. There was no further retreat. “What do you want? What do you want from me?”

He saw the well-dressed businessman with his phone, hanging back. Is that how he got his kicks, having his bullyboys beat up defenceless old men?

“You... you ain’t a bunch of them happy slappers, are you?” He’d heard apocryphal tales on the grapevine, of homeless men torched in bus shelters for the entertainment of teenage bastards with nothing better to do.

The auburn haired man shook his head in despair. “That new bypass weakened you, practically drove a stake right through your heart. We’re just finishing the job. See it as a mercy killing. You can’t survive much longer anyway.

“Look to yourself. Your name is long lost. You are dying, decade by decade. You are tied to this place, to the past, and it is killing you. I can give you a future. Or we can leave you and your eventual death can be meaningless. It is the Wyrd. Your choice here will have consequences. This way, you will live on, become part of something greater.” He looked around. The sickly dirty orange glow of the conurbation leeched over the hills. In the distance, the constant rubber rumble of the motorway rushed like a river. He waved a dismissive hand. “This is no place for gods. House god, show him.”

Bristling at the name, the businessman in the woollen greatcoat and scarf stepped forward and crouched down on his haunches, pinching and pulling his trousers at the knees fastidiously as he did so. He placed his palms either side of the tramp’s head, and searched his rheumy eyes.

“You’ve lost your memories. I know where they are.”

Under his touch, the tramp felt the truth of the words. He remembered now. Those who dwelt around here once worshipped him, they used to seek him out, ask favours and boon. He remembered the offerings, the sacrifices and the fornicating in his honour, but now, all that remained were embers of his greatness and they were fast fading to ashes. He was old and tired, the glories of his youth long behind him. He had been dying for centuries, piece by piece, his spirit necrotising under a creeping industrialisation that spread like a canker across his ward. He was forgetting who he was, what he was. Fading. His end was inevitable.

He drew a great sucking breath, like a drowning man come to air. It was as if he had shed a great burden, although he could no longer say what it was; but the relief was palpable. He relaxed, slumping back against the standing stone. The tramp looked up and smiled, his puffy red eyes welling with tears, nose running with snot. At last, he knew. He remembered. He looked up at the auburn haired man.

“Something greater. You promise?” he asked with a note of desperation, as if this moment of lucidity was only fleeting and would soon be gone again.

The tramp stood up with some measure of pride now in his bearing, an echo of the being he once was. “Then I give it, willingly.”

The auburn haired man stood over him and from a sheath at his hip drew a knife, its blade etched with runes.

The man grabbed his hair and pulled his head back, exposing the pale throat, its pores blackened with grime beneath the dirty yellow-grey beard. With a swift movement, he slit the tramp’s throat with the knife. Black liquid welled up from the gash.

“Thank... you,” said the tramp, his voice a hoarse whisper as his eyes locked with those of his redeemer.

Another man stepped forward with a large ornate two-handled silver phial, catching the vital fluid that issued from the wellspring of the tramp’s throat, filling the container and stoppering it.

The tramp’s body stiffened. His wretched jumble of clothing appeared to swell, but it was his body shrivelling, the black ichor escaping from his throat now transforming, on contact with the air, into a swirling black vapour, like greasy smoke, that was caught in the rain, dissolved in relentless drops, and pounded back into the earth.