Read Fallen Angel of Mine Online

Fallen Angel of Mine 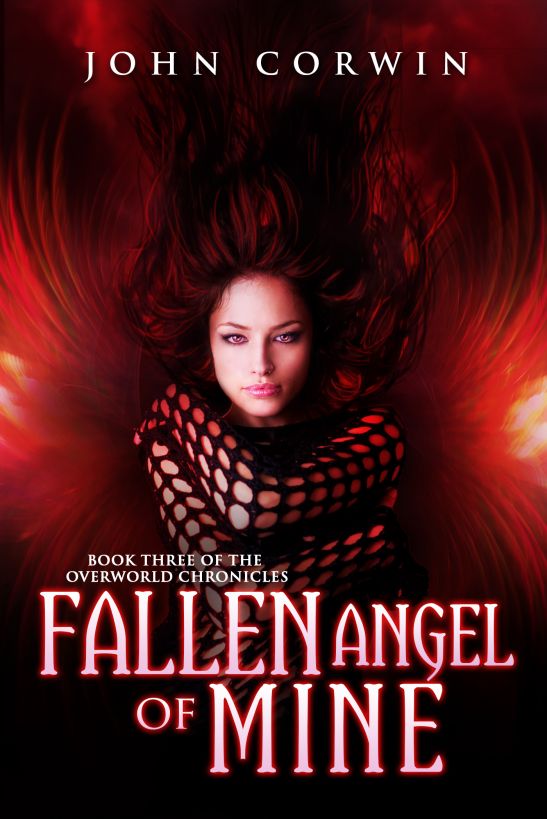 Fallen Angel of
Mine

Book Three of the Overworld
Chronicles

All rights reserved.  Except as
permitted under the U.S. Copyright Act of 1976, no part of this
publication may be reproduced, distributed, or transmitted in any
form or by any means, or stored in a database or retrieval system,
without the prior written permission of the publisher. 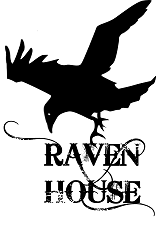 The characters and events in this book
are fictitious.  Any similarity to real persons, living or
dead, is coincidental and not intended by the author.

This ebook is licensed for your
personal enjoyment only.  This ebook may not be re-sold or
given away to other people unless expressly permitted by the
author.  If you would like to share this book with another
person, please purchase an additional copy for each
recipient.  If you’re reading this book and did not purchase
it, or it was not purchased for your use only, then please go to
Amazon.com and purchase your own copy.  Thank you for
respecting the hard work of this author.

Justin has just barely caught his
breath after surviving an encounter with the most notorious
assassin in the Overworld, hellhounds, and his father's demon spawn
relatives, when the universe throws him another curve ball. An
attack by gray men sends him to Thunder Rock, a dreaded place where
Elyssa's father, Thomas Borathen, and a host of Templars were
ambushed by demon spawn nearly twenty years ago. Because of this,
Thomas despises spawn and hates Justin.

Despite a foreseeance predicting Justin
may be the only thing standing between the world and a cataclysm,
major family issues, and a pair of angels who each want him to join
their side of the conflict, Justin realizes he may be able to gain
something even more important than world peace: the approval of
Elyssa's father. But first, he'll have to find the culprit
responsible for the ambush and bring him to Templar
justice.

Trying to escape Thunder Rock, Justin
is hurtled through an Obsidian Arch and ends up in Colombia. Elyssa
is captured by her father, who's determined to make her take the
White, a Templar ritual which will erase all her memories of
Justin. Death cannot stop true love. But a mind wipe probably
will.

Thousands of miles from home with
destiny breathing down his neck, Justin has to solve a mystery
older than he is, overcome new enemies, and make a citizen's arrest
on the crazy mofo behind the insanity so he can save Elyssa and
gain acceptance from her family.

Because true love is totally worth
it.

To my wonderful support
group:

Police officers outfitted in black body
armor burst from the back of a SWAT van and stormed my school,
assault rifles held at the ready. Wailing fire trucks and
ambulances zipped past while police cars screeched into blocking
position across the roads leading into and out of the school
grounds. Pandemonium reigned at Edenfield High.

And it was all my fault.

Well, mostly anyway. Elyssa
and I stood at the back of the milling student body. We'd evacuated
to a church parking lot across the road and had front-row seats to
the three-ring circus. I didn't want to watch. I knew
exactly
what had happened
and didn't want to think about it. People had died. I was
responsible for one of the dead. Vampires, half-crazed by the
vampling virus, had killed everyone else.

The face of Mr. Turpin, my English
teacher, caught my eye as he met a group of the po-po in the middle
of the road and spoke with them. "If only those cops knew who they
were talking to," I muttered to Elyssa.

"He's a creep," she said, gripping my
hand as her gaze found my target. "But he's also full of useful
information."

Mr. Turpin, aka Underborn, was the most
notorious assassin in the Overworld. But whatever information he
had to offer wasn't worth it. "His price is too high." I let go of
Elyssa's hand, trading it for her shoulder so I could pull her
closer. Without her, I wouldn't have survived the past few days.
Underborn had marked my father for death. When I tracked him down
and demanded he rescind the hit, he admitted it had mostly been a
ploy to lure me to him. To test me, as he put it. As a price for
calling off the hit, I'd had to help him with a vampire problem at
my high school. Now our institution of lower education looked like
a warzone.

"What a mess," I said turning away from
the school. Violent images flashed through my mind, a stark
reminder of the death and destruction that claimed the lives of
nearly nine people, one of them a former classmate. "Everything I
touch seems to go to hell, and Underborn thinks I'm supposed to be
a leader?" Stress wormed its way into my insides, abrasive and
painful.

"Even the best leaders can't plan for
everything." Elyssa pecked me on the cheek. "Just ask my
dad."

I chuckled. "Yeah. I'd rather not." I'd
be more likely to receive a sword through the guts than
advice.

Elyssa's violet eyes met mine.
"Underborn will want you to go after Maximus, instead of your
mother and sister, won't he?" she said, phrasing it more like a
statement than a question.

Maximus was actively recruiting high
school students all over Atlanta—maybe even the entire country—to
form a rogue vampire organization. I'd done my part, acting as
Underborn's errand boy and now I needed to find my sister and
mother.

"I know he's not done with me," I said
as my mind churned through plans to force Underborn to tell me what
I wanted to know. "But I need to be done with him. Unfortunately,
he's the only person I know who might be able to help me find Ivy
and Mom."

"If I can convince my father to
mobilize the Templars against Maximus, maybe that will be
enough."

I took my eyes off Underborn and turned
to Elyssa. "You really think you can do that?"

She shrugged. "Considering everything
we've been through, talking our way out of a situation instead of
fighting has a certain appeal."

A smile died on my lips as I thought
back to my last fight. Maximus was a vampire, true, but he wasn't
old enough to turn others into his kind. Instead, the turning
failed, leaving behind an undead creature with vampiric abilities
and a highly infectious virus, which would kill and turn others
into what those in the Overworld called vamplings.

Maximus had turned Brad Nichols and the
result had been carnage.

"Your dad is too focused on taking down
the spawn to care about a rogue vampire." I thought back to my
disastrous meeting with her parents. To say Thomas Borathen
despised my kind would be a huge understatement.

She brushed a lock of black hair behind
an ear as a gust of wind dislodged it. "Underborn told us my
father's feelings might change if we figure out who engineered the
Thunder Rock massacre."

Thunder Rock.
Before I was born, Thomas Borathen had led a group
of Templars to apprehend a rogue spawn responsible for manifesting
into demon form and consuming the souls of those unlucky enough to
cross his path. Instead of finding a lone spawn, they'd encountered
hordes of dark creatures from the demon plane. Only two Templars
escaped that day: Thomas Borathen and Kevin Sorensen. But Thomas
didn't know about the second survivor. In fact, my eyes were
looking at the presumed-dead Templar right
now—Underborn.

"Pshhhht. Yet another mystery our
beloved assassin wants me to solve," I said. "It's a never-ending
cycle. He'll always want me to do more while he dangles Mom and
Ivy's location like a carrot."

Elyssa's eyes narrowed. "We can't just
let him dictate terms for everything, Justin. I say we make him
talk. Make him tell us where your mom is."

She bared her teeth at the mention of
the name I'd given the sorcerer who'd sent his gray-suited golems
after me.

The pressure of eyes watching me
prickled the hairs on my neck. It took less than a second to find
the source. Nearly a hundred yards outside the police roadblock to
my left, a blaze of red hair in the window of a parked limousine
captured my attention.

The breath caught in my throat as the
window on the car rolled up and the pale face vanished from sight.
This wasn't good. Not at all. Dad's family, House Slade, had
arranged a marriage between him and Kassallandra of House Assad.
Except Dad had fallen in love with my mother, Alice, and run away
with her. I was pretty happy with the outcome—being born and
all—but hell hath no fury like a woman scorned, and Kassallandra
was a demon spawn like my father. Her temper obviously matched her
fiery hair because she'd sent hellhounds to track Dad down and
fetch him like a human Frisbee.

But now she was here. Watching me.
Why?

It didn't take long for my brain to
connect the dots. She probably planned to use me to get to Dad.
Time was running out for me to question Underborn. I gripped
Elyssa's hand. "Think we could kidnap an assassin?"

Her eyes widened. "What?"

Agnes Wright, Principal Perkins's
secretary, appeared through a break in the crowd. Her beady little
eyes locked onto me. She jabbed a finger my way and spoke to two
officers following close behind her.

"Oh, crap." I took an involuntary step
back.

Elyssa saw Agnes leading the policemen
our way and grimaced. "Did she see Principal Perkins and Coach
Burgundy take you outside the school earlier?"

I nodded. "Ted Barnes was there too.
They took me to the football training room just before Brad and his
two goons burst in and killed everyone." Just thinking about the
black veins racing up Brad's face made me shudder. The vampling
virus had turned him into a half-dead lunatic with all the strength
of a vampire. Perkins and his good old boys hadn't stood a
chance.

Elyssa tapped her chin with a finger,
eyes deep in thought. "If the cops ask you, tell them Perkins and
Burgundy were telling you about scouts at the next football
game."

"Yeah, college football scouts. Tell
them they were tipping you off there might be scouts and that you
could get a college scholarship. Then they let you go back to class
and that's the last you saw of them."

"Yeah but what if these cops know about
Perkins and the others blackmailing me to play football? For all I
know the entire police department was in on it."

"If there's one thing I've learned
about corruption, the big players hold the most valuable
information close to their chest and only tell their underlings
what they need to know. If they were planning to make big bucks by
manufacturing supernatural steroids from your blood, there's no way
they would've told anyone outside their little group."

The Paris Secret by Karen Swan
The Sandcastle Sister by Lisa Wingate
Council of War by Richard S. Tuttle
Unfinished Dreams by McIntyre, Amanda
My Life in Pieces by Simon Callow
Telepathy of Hearts by Eve Irving
Al Capone Does My Shirts by Gennifer Choldenko
Aveline by Lizzy Ford
Temper by Beck Nicholas
Consequences by Skyy