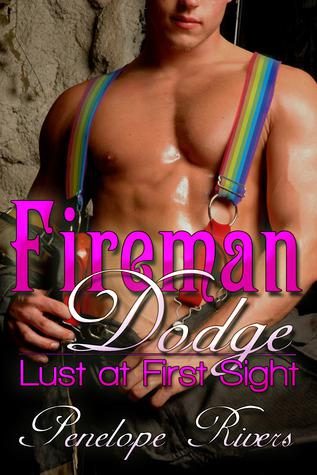 This e-book is licensed for your personal enjoyment only. This e-book may not be re-sold or given away to other people. If you would like to share this book with another person, please purchase an additional copy for each person. If you’re reading this book and did not purchase it, or it was not purchased for your use only, then please return and purchase your own copy. Thank you for respecting the hard work of this author.

Author’s Note: All characters depicted in this work of fiction are 18 years of age or older.

All rights reserved. No part of this book may be reproduced or transmitted in any form or by any means, electronic or mechanical, including photocopying, recording, or by any information storage and retrieval system, without permission of the publisher, except in the case of brief quotations embodied in critical articles or book reviews.

This is a work of fiction. Names, characters, places, and incidents are either the product of the author’s imagination or are used fictitiously, and any resemblance to any actual persons, living or dead, events, or locales is entirely coincidental.

As a firefighter, having a name like Dodge can earn you a lot of heckling. Of course, there are some things that won’t change, so he had learned to live with his friends’ jokes along with many other life-related problems
—
for example, the constant swooning of women that passed him by. He was a firefighter, and yes, he did have a six-pack, toned arms, and quads of steel. Little did these swooning women know that he was also attracted to men.

That was why, on his Friday off, he was at a gay bar when a fire started. It was twelve o’clock at night and the evening was a toasty eighty degrees. He had been sipping his favorite drink, Tequila on the rocks, when a man’s flaming drink managed to light some of the sparkly, sequined hangings on fire. Dodge had seen it a million times before. Flaming drinks equaled a catastrophe in one way or another.

Though the bar had been packed to the gills with people squished together and gyrating, the moment that the fire started to spread panic ensued. Somebody screamed, a man with the highest voice that Dodge had ever heard, and people started to rush and knock into things, leaping from the bar as fast as they could. Unfortunately, most frightened victims were more than willing to trample others in the escape process, which meant that more people were hurt by the pandemonium than by the flames themselves.

Dodge leapt up onto the black granite bar and started yelling to the panicking crowd that was heading towards whatever exit possible: “STAY CALM, PEOPLE! THERE ARE MORE THAN ENOUGH EXITS FOR EVERYONE! WAIT YOUR TURN!”

His words had as much of an effect on the crowd as a water gun had against a lion.

The fire began to spread more quickly now, filling the bar with dark smoke and the scent that Dodge knew too well. The bartender had already scrammed for his life, and thankfully, most of the people were finding their way to safety with minimal trampling and injuries, though one woman had knocked over an uncorked bottle of strong alcohol and had managed to make the fire even stronger.

Coughing and thinking that everything was fine, Dodge went to escape the fiery inferno himself when he saw something horrifying: A sexy blonde in a business suit was trying to escape from the bathroom, but he was blocked by a solid wall of flame that had been started by a trailing glass of alcohol.

In the dancing firelight, the blonde looked like a lusty inferno, but there was panic in his sparkling green eyes. The dark smoke was already beginning to fill up the area, choking the blonde, and Dodge knew that he must do what he was trained to: rescue people.

With one fowl swoop of his well-toned body, he jumped up off of the bar and propelled himself forward into the now flaming dance floor. He leapt over the wall of flame, ignoring the fact that his hand had gotten seared in the process, and looked at the beautiful blonde who was glistening with sweat. Dodge tried to get the blonde to move, but he wouldn’t.

Dodge glanced in terror at the 6’5 man that he was trying to save and sized himself up. Though he was muscular, he was only 6’0 and would have a great deal of trouble getting the man to go into the flame. Still, regardless of that, Dodge lunged forward and let out a war enraged cry, grasping the blonde underneath the small of his back and knocking his feet out from underneath him. Once again, his body straining as he did so, Dodge lunged forward through the flames with sweat licking his used-to-be-best clothes.

Suddenly, the blonde let out a loud yelp as his own shirt and jacket caught on fire, and Dodge hissed underneath his breath, coughing and thinking,
He sure is a looker, but in a fire he’s about as useful as a wooden plank soaked with alcohol.
Dodge lunged forward, yanking off the man’s clothing, revealing a sweaty, thin, limber body underneath.

Dodge pulled off his black shirt as well, coughing and panting, as he said, “Press this over your face and breathe into it.”

Coughing worse than ever and fearing smoke inhalation, Dodge finally found the glistening exit sign even with his burning, agonized eyes. They burst through the door and into the fresh air just as glistening red lights came around the corner, and Dodge exhaled a sigh of relief and of pain.

After Dodge had finally recovered, he turned towards the tall blonde that was shirtless from the waist up and was glistening with sweat. He looked down at himself, realizing that he must have looked the same, and swore loudly. Still, this was no time for his vanity.

“Are you okay?” Dodge panted. “You look a little shell-shocked.”

Though the blonde had previously worn a business suit and had a very polite, formal appearance, his eyes got all sparkly and he leapt into Dodge’s arms princess-style as he cried out, “My hero!”

“I’ve always wanted to be rescued,” he said to Fireman Dodge, “I’m Norman, but you can call me Norm. You’re my hero!”

The next thing that Dodge knew, Norm was kissing him square on the mouth, tongue and all. Almost immediately, Dodge felt himself react as the smell of sweat and fire
—
something that now caused adrenaline to rush through his veins due to repeated job-related exposure
—
filled his nostrils.
I shouldn’t be feeling this
, Dodge thought darkly, his heart beating hard,
but I’ll be damned if this strange guy isn’t the best kisser that I’ve ever had.

The police and fire department are here, so I should be making a report. Instead, I’m thinking about having sex with the shirtless guy that I just rescued that has a princess complex
, thought Dodge blearily, his head pounding. As he stared into Norm’s bright, sparkling green eyes, Dodge felt his resolve weakening. He had made sure that nobody was hurt, and Norm, who evidently was well enough to initiate a make out session as well as jump into his arms like a kangaroo, was doing just fine physically.

As if reading Dodge’s thoughts, Norm placed two sweaty, fire smelling hands on his bare chest and came closer. It didn’t matter that Dodge didn’t like taller guys. It also didn’t matter that half the people on the street, some from the gay bar and some from another place down a ways, were watching the two of them with looks ranging from amusement to shock.

“I have an apartment down the street,” purred Norm, “and I’ve never been rescued before. What’s your name, hero?”

“Dodge Falon,” he said quickly, wondering if he would regret it later if Norm turned out to be a deranged stalker. “I’m a firefighter.”

As much as Norm had been a limp log in the fire, he most certainly was no slouch now. Dodge was standing very still, trying to figure out what was going and what planet Norm had dropped down from, when he was yanked forward with extreme power. Dodge struggled for just a moment, but then he caught sight of Norm’s glistening green eyes and sweaty chest, and he thought,
What the hell? This guy is sexy, and it is my night off.
Dodge began to move forward.

The two of them walked by many a concerned pedestrian, and Dodge cast a sideways look at Norm again, wondering about the quirky and strange personality that the man had. It most certainly wasn’t normal behavior to launch princess-style into a firefighter’s arms. In most case scenarios, people were too excited to go back to their families to bother hitting on him.

They came to a stop in front of a small apartment building. It was three stories tall, and an old woman was outside walking a fat dog. If she thought that the fact that Dodge was sweaty, covered in soot, and was holding hands with Norm was an oddity, then it most certainly didn’t show on her face. Instead, she waved her hand and said, “Hey, Norm.”

Norm waved back, swearing loudly as he fumbled around his sweaty chest before he stuck his hand inside of his pant pocket, pulling out a key. As Dodge leaned over, looking at Norm’s package, he noted the admirable erection there. Suddenly, Dodge felt subconscious. Dodge was massive in the muscle compartment, but would he measure up to Norm’s size?

The two of them stumbled inside and went up to the second floor. They headed down the short, four-door hallway and paused only briefly as Norm fumbled with yet another door lock. Dodge half considered running at this point, as the lust filled heat and adrenaline was wearing off. He shouldn’t be doing this. It was unprofessional, even off the job. It didn’t matter that Norm had the thickest eyelashes that he had ever seen or that he had a massive erection.

As if reading Dodge’s thoughts, Norm stopped mid-fumble and pressed him against the wall with a giggle that did not fit his large body. Norm moved his lips on top of Dodge’s again, slipping his tongue in only once, before he nipped down hard on his bottom lip. Suddenly, Dodge’s heart was pounding again, and any thought of leaving was once more swept from his mind. Norm had a pace of his own, and Dodge apparently was along for the ride.

After Norm had made sure that all thoughts of leaving were far from Dodge’s mind, he opened his apartment door. The inside of Norm’s room was a testimonial to every movie heroine known to man. As Dodge was standing there awe-struck, realizing that Norm had not been joking about his “You’re my hero!” wording, two big, strong hands came from behind and ran down Dodge’s chest and over his abs. Norm sunk his teeth once into the outer rim of Dodge’s ear and then exhaled sharply. The breath caused Dodge to shudder with passion and want.