PRAISE FOR JANE HIGGINS AND THE BRIDGE, WINNER OF THE 2010 TEXT PRIZE

âA brilliant novel with echoes of John Wyndham's
The Chrysalids
, its young protagonists
show heart in a world of despair.'
West Australian

âThe Text Prize is going from strength to strength. The latest winner,
The Bridge
,
is brilliant. Every sentence is skilfully crafted, with just enough left unsaid that
the reader is always hungry for moreâ¦

This is a breathtaking first novel.'

âTaut adventure, high-stakes, big emotion, individual heroism and no less than the
possible end of the world. That's how I like my fiction served! A fantastic read.'

âAs winner of the Text Prize for Young Adult and Children's Writing, you can expect
action from the get-go, vivid characters and a plot that will grip young readersâand
it delivers.'
Sun Herald

âA real page-turnerâ¦From the very first sentence there is a good plot that hurtles
along.'
Waikato Times

Jane Higgins was born in New Zealand and lives in Christchurch. She is a social researcher
at Lincoln University, specialising in projects with teenagers. She has worked on
many human rights campaigns and is interested in astronomy, mathematics and classic
science fiction. She won the 2010 Text Prize for Young Adult and Children's Writing
for her first novel,
The Bridge
. 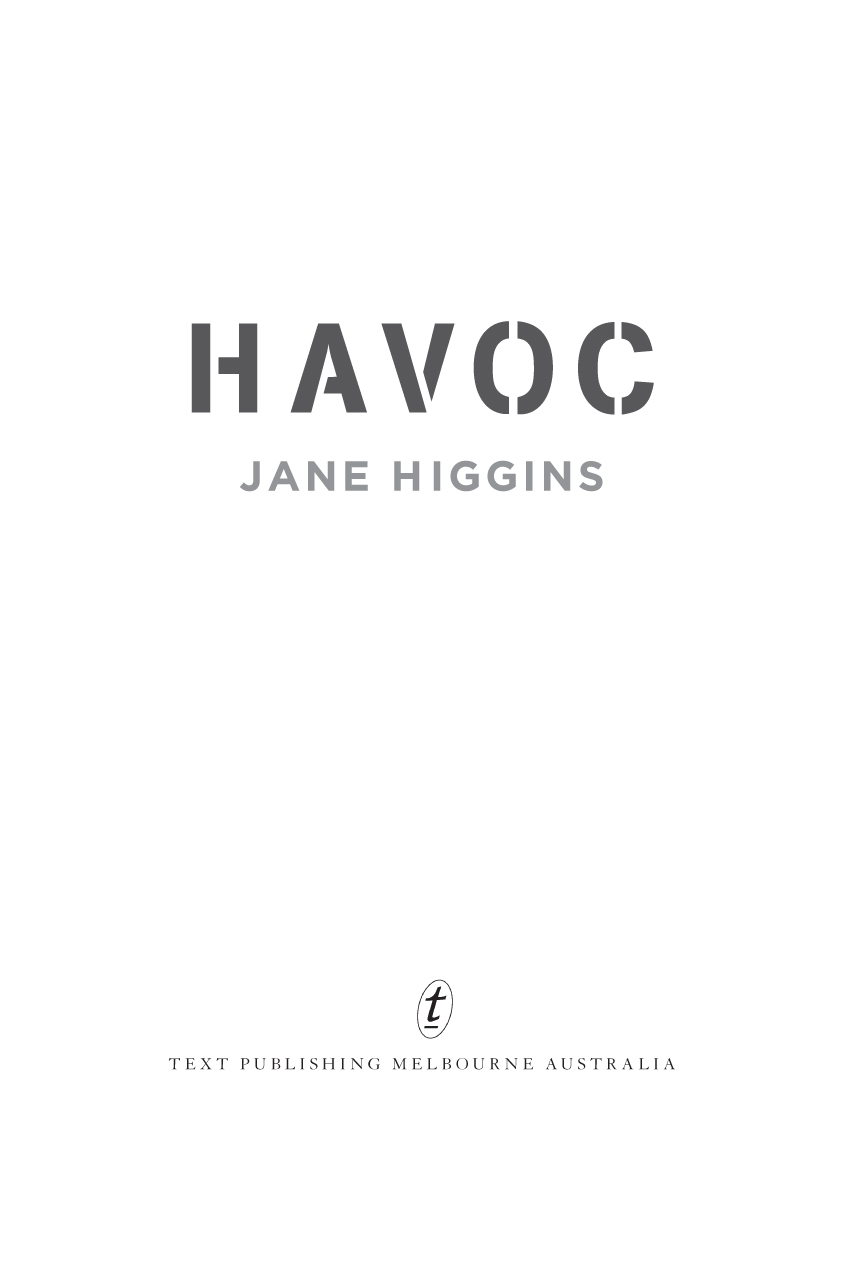 The moral right of Jane Higgins to be identified as the author of this work has been
asserted.

All rights reserved. Without limiting the rights under copyright above, no part of
this publication shall be reproduced, stored in or introduced into a retrieval system,
or transmitted in any form or by any means (electronic, mechanical, photocopying,
recording or otherwise), without the prior permission of both the copyright owner
and the publisher of this book.

For Pamela and Douglas 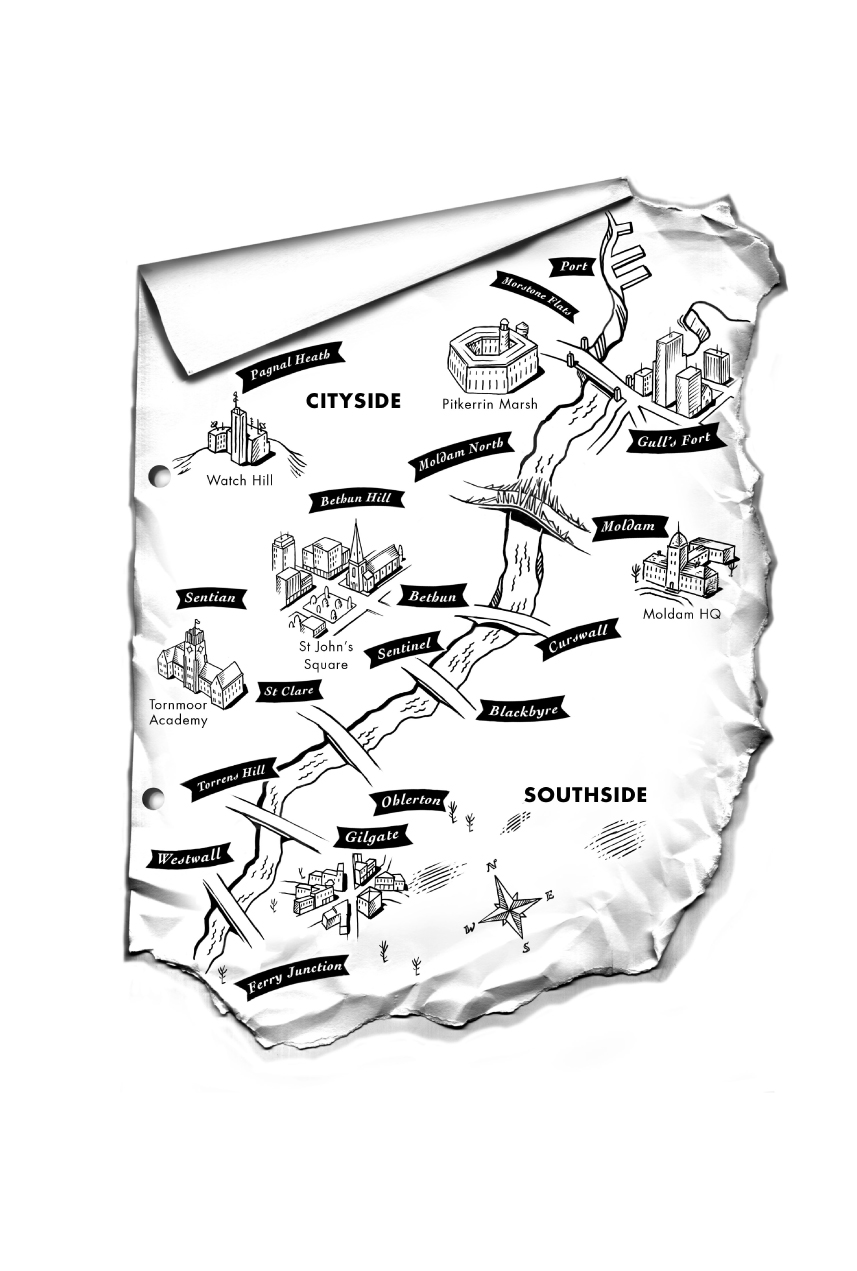 There is no marsh at Pitkerrin Marsh, but there is a memory of one. It seeps through
stone floors in underground rooms, mottles walls, and hangs stinking in the heavy
air. There's no warmth in those rooms, and no true light, no glimpse of sky.

The Marsh is no place for a Dry-dweller.

But that's where I was. Four days I'd been there, four days shaking the wire of my
cage shouting in all the languages I knew, four days hallucinating about escape.
Sometimes I woke up on the floor, fingers and toes red-marked, back and shoulders
black-bruised, and I knew I had climbed that cage in my sleep.

My name is Nomu. At home in the desert that's a word for rain. My mother chose it,
though whether she
meant it for a prayer or a joke, I do not know. Three gifts she
gave me: my life, my name, my brother Raffael. Now, in the Marsh, I had lost my name
and my brother, but I would not lose my life, not without a fight.

I watched the girl in the cage next to mine. She was brown skinned and half starved.
Breken, I thought. That's what the people living in squalor on the south side of
the river are called: Breken, for the broken Anglo that they speak. The girl was
dying. There were fifteen of us in that room and by my count twelve were very sick,
but she was dying faster than the rest. Her sheets were tangled around her legs and
arms, and her cough had become a retch. The blood-dark rash was spreading on her
body as if she was charred black by her fever. Soon her eyes would turn bloody and
sightless, but by then she would be too weak to scream at the horror of it. I would
though. I would scream. I would make the whitecoats standing at the observation window
take notice.

When she lay quiet and breathless on her bed I sat beside the wire mesh between us
and talked to her. It calmed us both. I told her that when I was her age I used to
climb the watchtower of our settlement hub at day's end and sing the sun down. I
told her how peaceful it is up there that time of day; the old chains clank in the
breeze and the tower sways and groans as if complaining to its brothers across the
rock and sand. They do not answer. They lurch out of the dunes like giant buzzards
with
broken wings, straining for the sky. Dry-dwellers, you see, I told her. We stretch
our bones to the sky.

Settlements squat at the feet of those watchtowers, small satellites of our own great
hub, each one as shattered and dark as a husk pecked open by some gigantic beak.

But our hub remains; in fact it prospers.

From my perch beside the watchtower's tiny cockpit high above the ground, I can feel
the thud of the water pumps, the heartbeat of the hub, feeding the meadows and orchards
with water from deep beneath the Dry. Trees are heavy with dates and limes and oranges,
honey bees crowd their hives, the leafy tops of greens push through the black earth.
Ahead of me, the desert at day's end is amber sand and tall black basalt, and the
horizon is a shadow of dusty red.

Sitting in the underground of Pitkerrin Marsh, I ached for that old watchtower so
much I could smell its ironwork hot in the sun. But you know, I told the girl, it
was not put there for my dreaming. The ancestors built it when the world began to
go dark so that they could see trouble a long way off, before it reached our door.
And trouble cameâbands of desert raiders crept insect-like across the plains, hoping
to surprise us, and storms grew from dirty, far-off smudges into surging, billowing,
mountain-high monsters of sand and dust that scoured the Dry and left us gasping.
But always, we were ready.

Then, in my seventeenth year, the year that I began
my apprenticeship in the laboratories,
a threat came from a city in the north. It came thundering towards us worse than
any storm or desert raid, and our watchtower stood its tall and lonely ground and
did not see it.

I stopped my story. The girl was past hearing it, so I began to sing to her instead.
I sang the Drum chants in the old language of the desert. Why choose a warrior chant
for a dying girl? Because we die fighting when we die young. And because no one should
die in silence.

I knew she would be gone soon, for I knew this disease. I'd seen my own people die
of it. We knew it as HVâC6: Hemorrhagic VirusâClass 6.

The whitecoats called it Havoc.

Southside laid down its guns.

At noon on midsummer's day, Breken squads all along the south side of the river stepped
down from an attack footing, and a one-sided ceasefire went live. It was supposed
to be an act of good faith. It felt like defeat.

I worked late that night at the hilltop HQ where Moldam township's militia squads
were barracked. No one there was leaping for joy or sighing with relief. Maybe some
fingers were crossed; maybe some prayers were said. The whole place was deathly quiet,
as though we were holding our breath. Up and down the south bank of the river seven
Breken townships, about a quarter of a million people, had just handed Cityside the
chance to do things differently: to end the war, unlock the bridges and let Southside
be transformedâno more, the gigantic detention camp and reservoir of slave labourâtransformed,
renewed, restored to what it used to be: the other half of a single, great city.

At 11pm when the power went down for the night I left for home. Moldam was sleeping,
except for a couple of guards on the bridge gate, a squad on patrol and a few stragglers
on the streets. Walking down River Road I stopped beside a stuttering streetlamp
and climbed onto the riverwall. The wind was up, blowing cold from Port and promising
the open sea beyond the rank air of the Moldam alleyways. I breathed deep and looked
across the river to Cityside. There was nothing to seeâCityside was blacked outâbut
you could feel it lying there, like some huge wild beast from an old fairy tale,
half asleep, tail twitching, eyes slow-blinking, watching across the water.

Friends were over there. Fyffe with her parents up at Ettyn Hills. Dash, now an agent
with Security and Intelligence based at Pitkerrin Marsh. Lou and Bella lying half
a year in their graves, their bodies pierced with shrapnel from the Breken bomb that
had put them there. Sol's grave was there too, but his ghost was here. Right here,
at my shoulder. He never left me and why should he? He was dead; I hadn't saved him.
He'd be eight years old forever. There were a thousand ways I could have done things
differently and he might have got home. I'd thought of all of them, planned them,
executed them perfectly in my head, and at the end of every one of them
he came straight
back to me, the dead weight of him in my arms on the bridge, the bloody tunnel of
the bullet through his chest, his eyes staring at the sky.

Soon by Charlotte Grimshaw
Every Bride Needs a Groom by Janice Thompson
Dreamscape: Saving Alex by Kirstin Pulioff
The Alphas' Bliss by G.J. Cox
Every Thug Needs A Lady (Thugs) by Clark, Wahida
Revelation of Blood by J. L. McCoy
To All the Boys I've Loved Before by Jenny Han
Close to the Heel by Norah McClintock
Japanese Gothic Tales by Kyoka Izumi
Guys on Top 02 - Guys on the Side by Darien Cox