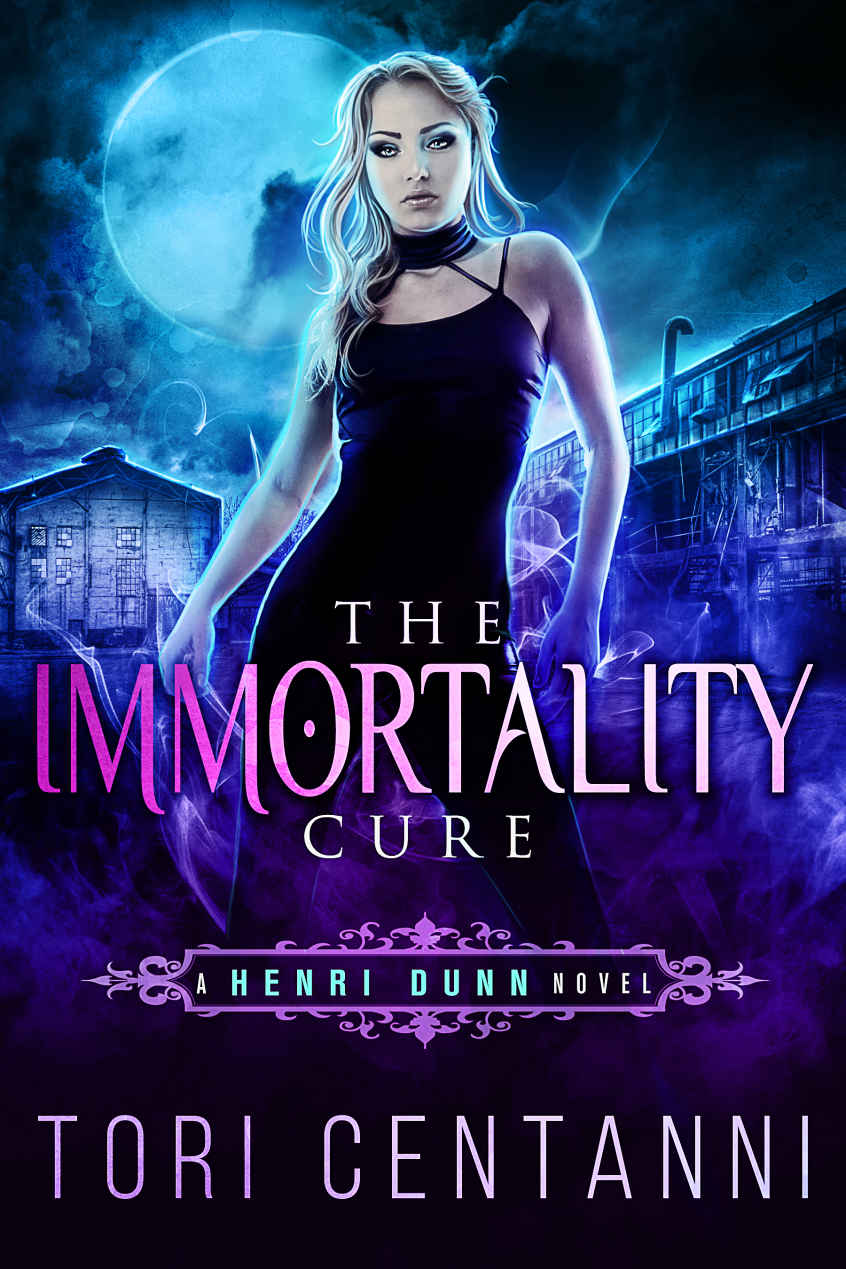 Thank You For Reading

This is a work of fiction. Any resemblance to actual people, living or dead, or to businesses, companies, events, or institutions is completely coincidental.

For my mom, Deborah Centanni,

I
watched the sunlight spread out across Lake Union like a glittery yellow curtain floating on the top of the water. The sky was shades of orange and pink too bright to seem real. Even after six months of being human, I was still awed by how beautiful the sun was.

Then the impatient snapping of a customer broke me out of my reverie.

I twisted my neck around so fast I was half-surprised it didn’t break. I fixed the asshole at table ten with a glare. He was wearing an Armani suit and holding his martini glass out in my direction.

I smiled my most vicious I-am-going-tear-your-throat-out-with-my-teeth smile, but it was far less effective without fangs. It was almost nine thirty—summer sunsets come late in the Pacific Northwest—and this couple had been here since seven. The woman kept looking at her phone, yawning, and clearly hoping he’d take the hint that she was ready to go. She hadn’t had a refill on her martini in almost an hour. “Another round for you both?” I asked, sparing her a sympathetic look.

I could practically see the woman’s eyes roll back in her head. She wanted to go. From snatches of conversation, I’d ascertained this was a first date, one set up by someone this woman clearly didn’t want to offend by excusing herself to the restroom and sneaking out the door.

“I’m good,” she said with a half yawn. Then she feigned looking around the room, as if she hadn’t already noticed that place had emptied out around them, with only a single occupied table remaining in the far corner, and even as we spoke, that table was signing their check and getting ready to leave. “Oh wow, are you closing?”

No points for acting skills, but she was making an effort to politely end this date. “We stop seating at nine on weeknights,” I said. Technically, Le Poisson did not close as long as customers were still inside. I’d heard horror stories from coworkers about servers stuck at work until after two, when our inability to legally serve tables more wine finally persuaded customers to leave.

“We should probably get the check,” she said, smiling pleadingly at the man. He looked at her like she’d slapped him, his arrogant smile sliding off his face for a second before he recovered.

“I’ll have another Grey Goose martini, and two olives this time,” he said, handing me his glass. He glanced over at the woman, eyes lingering on her cleavage, and then his face darkened, probably realizing that wherever he’d thought this date was heading, it wasn’t going to end in him tearing off her purple blouse. “And the check.”

What an asshole. He was exactly the kind of entitled dickhead I’d have happily drained of blood, back when I was capable of that sort of thing. I supposed I could still manage it with the right tools, like that guy on that serial killer show, but it wasn’t the same as having fangs of my own.

I put his drink order in, printed the check, and then delivered both the cocktail and the bill to the table. I refilled her water, so she’d have something to sip while he nursed his last drink. And boy, did he nurse it, continuing to talk himself up the entire time; when I went to grab his credit card at ten o’clock, he was telling her about his vacation home in France. The woman looked like she was mentally crossing France off the list of places she would ever visit.

I made a note of his name out of habit. Before, back when I was a monster, I used to bartend and often found my victims that way, identifying the worst, most arrogant customers and then finding out if they were guilty of crimes worse than harboring a massive ego. A surprising number of entitled douchebags also turned out to be rapists, white-collar criminals who stole from their employees, and even murderers.

I gave the man his credit card slip to sign and went into the back to finish folding napkins so I could get the hell out of there. This was my sixth shift in a row and I was ready for my day off tomorrow. It had been much easier to be polite to assholes when I knew I could kill them afterward if I wanted.

I retreated to the server station, rolling my tongue around in my mouth. How did it always taste so sour? I swore I could feel the bacteria multiplying. I pulled an Altoid tin out from the shelf under the point-of-service computer. I kept it there because the tin rattled too loudly to keep in my apron, and popped a mint into my mouth.

Max was leaning over the counter, counting his slips and adding credit card tips into the computer as needed. Most tips are now on cards, which means less cash in hand. I missed the old days, when I could bartend and walk with a wad of cash. The computer would calculate how much the bussers, food runners, and cooks got, and the tips would appear on everyone’s paychecks. One thing a lot of people don’t realize about tipping is that servers are obligated to tip out a certain percentage of their sales to the rest of the staff, so when you stiff them, you stiff everyone.

He looked up from his slips. “Rough night, Henri?” he asked.

“Trying night,” I corrected. “And exhausting.” Being physically tired was still not something I was used to. After being an immortal monster for almost a century, having muscle aches and sore feet was a relatively new experience. And not a welcome one. Not that being human again was welcome in the first place.

“God, I hear that. I worked at RJ’s this morning. I am ready to collapse.” Max, like most people in the industry, worked two jobs. He’d gotten me a job at RJ’s Diner, but no amount of willpower could make a morning person. I gave up after I slept through my alarm three shifts in a row. They would have fired me anyhow. I saved them the trouble.

“You off tomorrow?” I asked.

He shook his head. “Covering for Tara. Like always.”

We both rolled our eyes. Tara was a college student who seemed to be sick or have an emergency twice a week. She was also the manager’s friend’s daughter, and therefore would never be fired, no matter how many times other people had to pick up her slack.

“What about you, Miss Henrietta? Big plans?” Max smiled.

Finally, Asshole and his date left. He’d added exactly fifteen percent to his check, which was better than I’d expected. I hoped the woman took an Uber home and never called him again.

Cursed by Diamonds (A Dance with Destiny Book 1) by JK Ensley, Jennifer Ensley
Kingshelm (Renegade Druid Cycle Book 1) by George Hatt
Appalachian Galapagos by Ochse, Weston, Whitman, David
Shades of Temptation by Virna DePaul
One (One Universe) by LeighAnn Kopans
Happily Never After by Missy Fleming
When Love Calls by Unknown
At The King's Command by Susan Wiggs
Gaffers by Trevor Keane
Edge of the Heat 2 (Westwood Harbor Corruption) by Ladew, Lisa