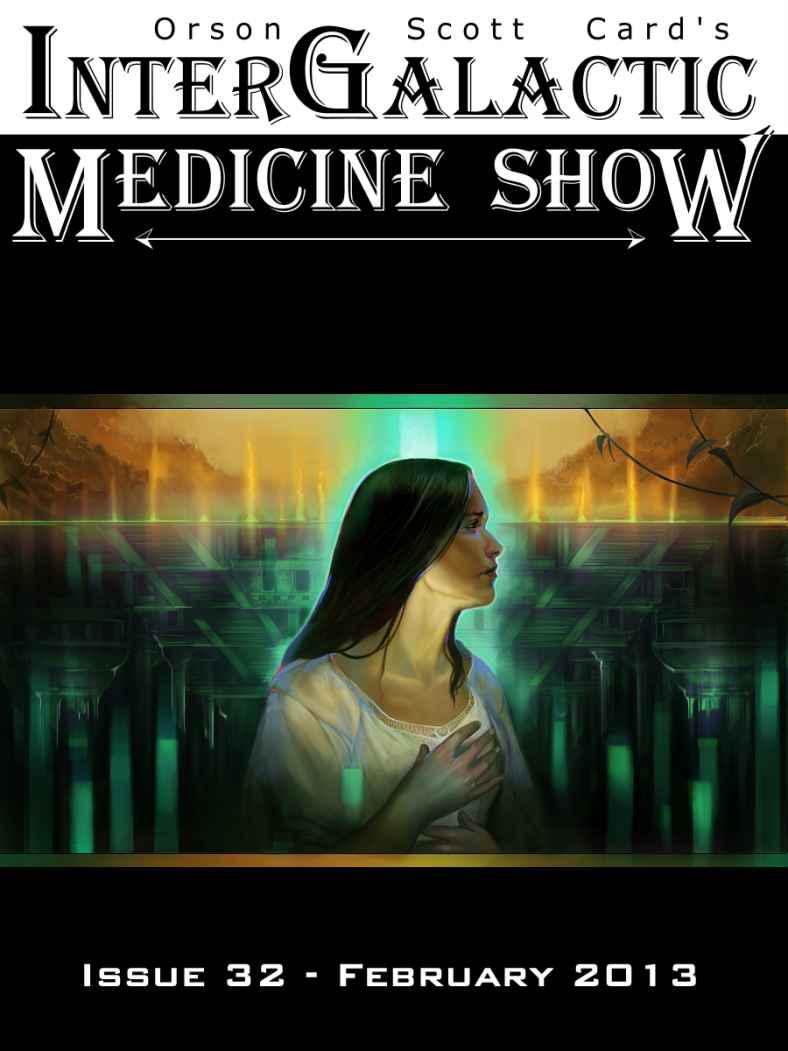 Notes on a Page

by Barbara A. Barnett

Letter From The Editor 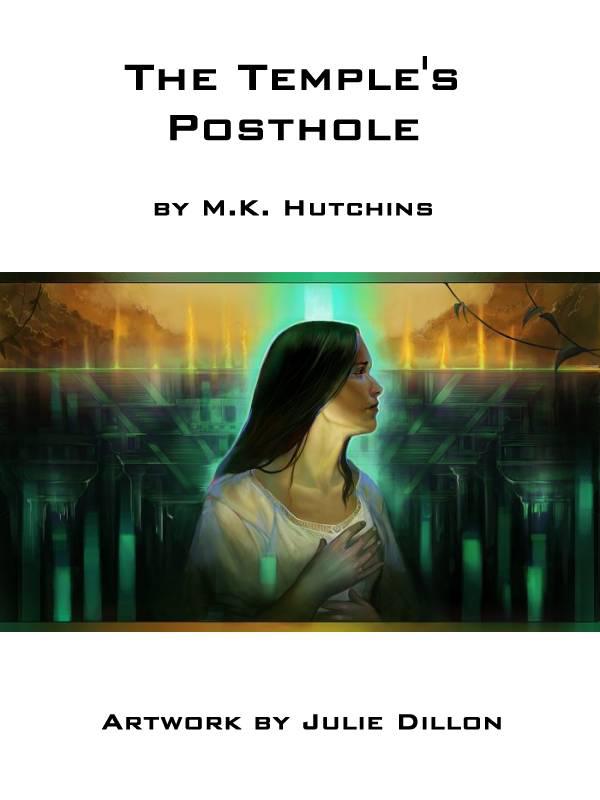 Ayin ducked into the temple, one hand wrapped around her ribs, the other one clutching her son's hand. The poor filled this place -- some had broken bones, some writhed with yellow snake fever. The priestesses patiently wended through them, administering bandages, salves, and teas.

"It smells funny in here," said her son, Tzi.

A thick, wet cough tensed in Ayin's lungs. She swallowed it. "Temples are a place of reverence. Speak softer."

He rolled his eyes heavenward and sighed loudly. Only seven years old, and so dramatic.

One of the priestesses approached -- a pretty woman with a round face. "Welcome to our temple. May the gods see fit to bring you healing."

The cough clawed up Ayin's throat. She dropped Tzi's hand and covered her mouth. She hacked, throat burning. Tzi rubbed her back.

And then the cough faded. Ayin straightened, pulling her hand away. Orange mucous stained it. Before she could find a handkerchief, the young priestess was cleaning her hand with a rag smelling strongly of corn beer. "I need you to sit over here."

Ayin nodded and followed her to a mat of woven palm fronds. Tzi managed to be reverent; he bit his lip and stared at his mother.

The priestess -- she said her name was Cham -- pressed her ear to Ayin's back and listened. "Have you been to any Xook ruins lately?"

"I'm a looter." She'd been at the ruins of a Xook flintknapping workshop last week, but someone had already used up the magic in the postholes. Two days' trek through the thick of the jungle, and she hadn't even been paid. That seemed to happen a lot, lately.

Cham looked in her throat, felt her pulse, and sighed. "May the gods watch over you, because I can't. I've seen a cough like yours before. In their later buildings, the magic-hating Xook poisoned the bottoms of their postholes."

"I have wet lung, don't I?" Ayin's chest twisted, this time in sinking dread. She'd hoped this was some regular cough.

Cham nodded. "It's not contagious, at least."

Ayin squeezed Tzi's shoulder. Small comfort. Her merchant-minded husband wouldn't return from the trading roads for another half-year at least. If she died in a month, who would care for Tzi? They had no other kin.

"Thank you," Ayin said. She took Tzi's hand and left the smells of cotton, herbs, and sickness behind.

"So you'll cough up orange slime until you find some good-paying work. Not so bad, right?" Tzi asked. Despite his casual tone, his face pinched with worry.

Ayin wanted to scoop him up, cover his face in kisses, and assure him everything would be sweet as honey. But she'd never been good at lying, at putting on faces. Maybe she'd be a better mother if she were. She shook her head and stayed silent. Tzi scuffed his feet on the dirt road, matching her mood.

If her husband were here, he'd know what to say. Yunen made everyone laugh easily -- that's why he'd gone with the caravan to try and make their fortune. A laughing customer is a spending customer. She ached to see his infectious smile again. Too bad they hadn't been able to pay passage for herself and Tzi on the caravan as well.

She should have headed home, but Ayin couldn't resist looking at the cure for her ailment, even though she couldn't afford it. Her feet pulled her deeper into the city, where the thatch and plaster of the houses gleamed new. Women wore shells on their skirts; necklaces of scarlet feathers adorned the men.

"Where are we going?" Tzi asked.

Ayin turned the corner and nodded just ahead. Some six postholes graced the building platform. They'd burned this temple down so recently the air still smelled of smoke, but it had stood and served the poor for ten years -- enough time for the soul of the building to develop.

A pair of burly men with obsidian spears stood guard. Here, if you could pay, you could get
real
healing. A gray-haired man with a luxurious cape of blue cotton handed the magician pieces of jade. Ayin's throat tightened. How many months of corn and beans could that buy? Her lungs squeezed, promising a cough. She tried to swallow it.

The caped man pushed a woman forward -- much younger than himself, but with the same broad nose. Surely his daughter. A jagged scar marred her forearm. The magician settled her next to one of the postholes, then burned some sweet-smelling copal and chanted.

A portion of the glow gathered in a ball, then floated upward. The magician chanted louder and it drifted to the girl's arm. It sunk into her skin, removing the scar as it passed.

Ayin's lung burned, then the coughing began anew. Hack after hack, her head swam, desperate for air. Tzi's hand rubbed her back again.

When she felt too weak to breathe, let alone stand, the cough abated. Shakily, she straightened her back. No cloth smelling of corn beer here. She wiped the orange mucus on her skirt.

"Do you have anything to pay for my services?" the magician asked doubtfully.

Ayin didn't have the breath to answer. Tzi did for her. "She's a looter! If you heal her, she'll find you some old, Xook buildings you can use!"

"Pah! Like there are any of those left. Leave, or my guards will remove you."

Tzi helped her through the streets, back toward the small hut her husband built them before he left. "That magician was a thrice-damned, arrogant bastard."

"
Where
did you learn such words?"

Ayin rubbed the bridge of her nose, trying to push away the threatening headache.

Tzi changed the subject back. "You're a great looter!" His voice bled with indignation. "You can even read Xook. He's an idiot for not healing you."

"Yes, but magicians have already dried up the souls of all the easy-to-find Xook ruins. Work . . . isn't exactly plentiful."