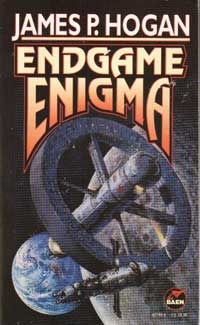 Grateful acknowledgment is made for permission to reprint from MARX AND ENGELS, BASIC WRITINGS ON POLI-TICS AND PHILOSOPHY, Lewis S Feuer, ed

This book may not be reproduced in whole or in part, by

mimeograph or any other means, without permission.

mark consisting of the words “Bantam Books” and the por-

trayal of a rooster, is Registered in U.S. Patent and Trademark

Office and in other countries. Marca Registrada. Bantam

PRINTED
IN
THE
UNITED
STATES
OF
AMERICA

To EDWARD JOSEPH, my third son in a row.

who, after three daughters in a row.

restored my faith in mathematics by proving

that the law of averages does work in the end.

provided one gives it long enough.

I would like to express my gratitude to the following people for their help and advice in writing this book:

Brent Warner of NASA’s Goddard Space Center, Maryland, who spent many hours thinking about pendulums, gyroscopes, vortexes, and rotating geometries, and gallantly placed his sanity at risk by sharing for a while the weird kind of world that s. f. writers inhabit. Jim Waligora of NASA’s Johnson Space Center, Houston, for information on the physiology of low pressures and spacesuit design. Steve Fairchild of Moaning Cavern, Murphys, California, for thoughts on just about everything and his invaluable penchant for devil’s advocacy. Lynx Crowe of Berkeley, California, for suggestions on security methods. David Robb of Applied Perception Technologies, Minneapolis, for lots of data on space colonies. Cheryl Robinson, who helped hatch Lewis and his companions from a pile of barren notes. Owen Lock of Ballantine Books, for sharing some of his immense knowledge of the world of military intelligence. Kathy Sobansky, for her assistance with Russian language translations. And Takumi Shibano, for his guidance in penetrating Oriental inscrutability.

And then there was Jackie, who doubled as electrician, plumber, handyman, auto mechanic, gardener, chauffeur, and carpenter, as well as being a mother to three small, rowdy boys – and never once complained about the hours a writer works. She made the book possible; they made it necessary.

The MIG-55E fighter-bomber, code-named “Grouse” in Western military parlance, was rugged, easy to maintain, and equipped for a variety of ground-attack roles, making it popular for counterinsurgency operations among rulers of the Third World’s teetering Marxist regimes. Western military intelligence was interested in it, too, because it carried the first production version of the Soviet OC-27/K target-designating and-tracking computer, which the counter-measures experts were anxious to learn more about.

Like most Soviet aircraft, ships, and ground units, the MIG carried a black box that could compute its position accurate to a few feet anywhere on the Earth’s surface with respect to an electronic navigation grid laid down by Soviet satellites. What Pilot Officer Abel Mungabo didn’t know when he took off on a training flight from Ziganda, one of the two Madagascar states into which the former Malagasy Republic had fragmented, was that aboard the Australian destroyer cruising fifty miles offshore was a group of professional mischiefmakers with some highly classified equipment, which in conjunction with transmissions from the USAF high-altitude bomber that just happened to be passing over at the time, was causing Mungabo’s black box to come up with wrong numbers. He turned back after becoming hopelessly lost over the ocean, but missed the tip of Madagascar completely and ended up off the coast of the South African mainland. There he ran out of fuel and bailed out.

What happened after that was never cleared up officially. Mungabo swore upon his return that he saw the plane go down in the sea. The South Africans said he must have been mistaken: the plane crashed on the shore and exploded. They even produced pieces of twisted wreckage to prove it. But the Soviet engineers who arrived in Ziganda to examine the remains were suspicious. The damage, they said, was more consistent with demolition by explosives than with a crash. And it seemed strange that not one piece of the more sensitive electronics devices aboard the aircraft had been recovered. The South Africans shrugged and said that was the way it was, and the ensuing diplomatic accusations and denials continued for a while longer.

But by that time, specialists in several Western military laboratories were already acquiring some interesting new toys to occupy them. The OC-27/K target-designating and-tracking computer found its way to the US Air Force Systems Command’s Cambridge Research Labs at Hanscom Field, near Bedford, Massachusetts.

Dr. Paula Bryce brushed a curl of blond hair from her forehead and studied the waveforms on one of the display screens surrounding her desk. She tapped a code into a touchpad, noted the changes in one of the pulse patterns and the numbers that appeared alongside it, and commanded a reconfiguration of the circuit diagram showing on another screen. “That’s better,” she said. “D-three has to be the synch. E-six is coupled capacitively to the second-stage gate.”

On a bench a few feet away, the Russian computer had been stripped down into an assortment of frames and subassemblies that were now lying spread out amid tangles of interconnecting wires and test leads. Ed Sutton, another Air Force communications scientist, peered through a microscope at a detail of one of the boards and repositioned a miniature probe clipped to it. “That’s it again with the input on both,” he said. “Anything now?”

“It’s triggering…. Threshold’s about point two of a volt.”

“So it is differential?”

“But not for noise rejection?”

Sutton straightened up from the microscope and sat down on the stool behind him. He pivoted himself to look across in Paula’s direction. “It’s starting to look the way you guessed,” he said. “Initialization for a smart missile with its own inertial reference, updating from the aircraft’s grid-fix.”

“That was a pretty good hunch you had.”

“Not really. It’s a modification of something I’ve seen before. This version would permit tighter evasive maneuvers while attacking.” Paula shifted her gaze to a screen displaying text, and began updating her notes. As she tapped deftly at the pad, glancing intermittently at the display of the reconstructed circuit and the data alongside, she was aware of Sutton staring over the cubicle between them. Almost thirty, she was slimly built – bony almost – beneath her lab coat and jersey, with fair, wavy hair, which although cut to neck-length and battened down with a clip, broke free into unruly wisps wherever it got the chance. Her features were clear, but somewhat sharp with a prominent bone structure, and her nose a shade too large and her chin too jutting to qualify her as glamorous. Nevertheless, men found her candid, light-gray eyes and the pert set of her mouth attractive in a way that derived from her poise and the self-assurance that it radiated, rather than from looks. “Challenging,” was how many of them said they found her. She didn’t find that especially complimentary. If they meant formidable as an object of conquest, it wasn’t exactly flattering, while if it referred to something ego-related in themselves that they saw her as potentially instrumental in resolving, well, that wasn’t her mission in life or reason for existing. The real challenge was to recognize that the challenge was to avoid being placed in either of those categories. It was too subtle to be articulated, for the whole purpose of the game was to divine its rules, but the few who could pass – those were the really interesting ones.

“Good reason to celebrate, maybe,” Sutton ventured after a while.

“Really?” Paula continued entering her notes. Typically, he was waiting for her to put the proposition. Just for once, why couldn’t he simply say straight out what was on his mind?

He skidded off along the tangent. “Cher’s away this week – gone to the Catskills. We’ve got relatives and a vacation lodge up there, you know. Good skiing area in winter. Ever get up that way?”

“No, I never did.” Paula sighed inwardly with exasperation. The stupid thing was that Sutton wasn’t too bad a guy. His being the man had nothing to do with her refusing to help him out, or with any hangup about who was supposed to make a first move to whom. It was simply that the matter seemed important to him, while it wasn’t especially important to her. Therefore the game required him to do something about it. That was what the challenge was all about.