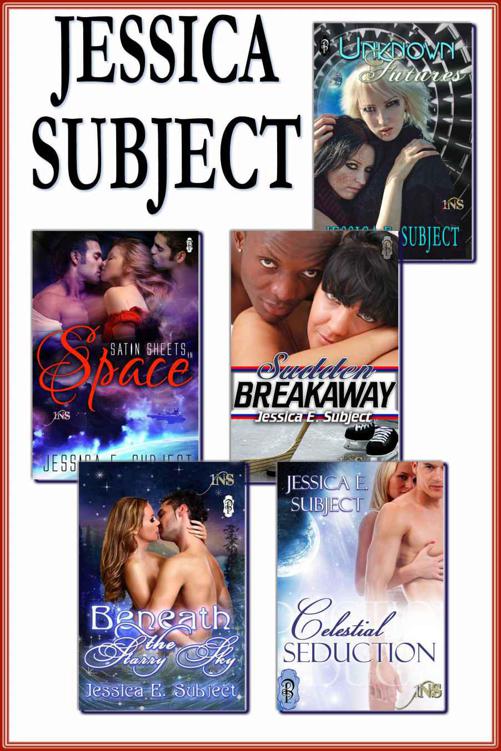 This book is a work of fiction.  Names, characters, places, and incidents are the products of the author’s imagination or used fictitiously. Any resemblance to actual events, locales or persons, living or dead, is entirely coincidental.

Beneath the Starry Sky

Beneath the Starry Sky 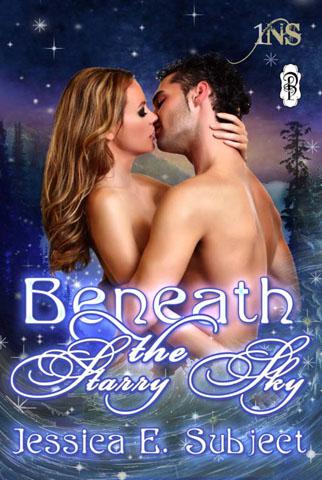 Tamara Johnson raced past the pretty, Latina concierge of the Castillo Hotel to the bathroom. The wig maker had assured her the suction wig would not come off in the wind and water, but she needed to check for herself. Driving with the window down hadn’t been the brightest thing to do.

She brushed her hair back in place and found the wig had lived up to the claims. Well worth the price. Hopefully she could say the same thing tomorrow morning regarding the date she’d driven to the hotel for.

She hadn’t planned to begin dating again, but her friend, Leah, managed to twist her arm. They’d met at a bakery the last time she’d come down to Vegas for work. “You’re too fun to stay inside all the time,” she had said. “Who cares if you don’t have any hair? When you find the right guy it won’t matter.”

But it had mattered to her fiancé, Chad. Make that her
ex-fiancé
. He’d left her, claiming he couldn’t marry a bald woman. His rejection had affected her so deeply that after steroid injections and several topical treatments proved unsuccessful, she’d looked to alternative medicine and paid a fortune for a radical new
natural
cream to treat her alopecia. That treatment turned her two small bald patches into a completely bald head.

With one last look at her wig, she took a deep breath and left the bathroom.

The concierge stood right outside the door, smirking, her eyebrows raised as if amused by her predicament. “Excuse me….”

If Leah hadn’t taken Tamara to the hotel to meet her husband, Jackson, owner of the Castillo hotel chain—whom Leah had met during her own 1Night Stand—she wouldn’t have even known where the restroom was. “I know I should have checked in first. I’m sorry. But I assure you I am a guest here.”

“Yes, I was asked to personally escort you up to your guest room.” The words rolled off her tongue in a lovely Spanish accent. “You’re Miss Johnson, I presume?”

“You mean I don’t need to check in?” How did this woman know who she was? She looked around for any sign of Leah, but she and Jackson had left the day before to look at a property in Ottawa, her hometown, for a new Castillo resort.

“That is correct, Miss Johnson. May I take your bag?”

So I don’t back out.

She handed the overstuffed shoulder bag to the woman and followed her to the elevator. The silence chewed at her gut as they rode to the ninth floor. She had to say something before she lost the contents of her stomach. “My name is Tamara.”

“Victoria.” The woman reached out and shook her hand.

“So, how long have you worked here?”

“I’m sure you’ve seen a lot.” She could only imagine the strange people who would come through the doors of any Vegas hotel. She’d seen a few on the city streets who’d made her look twice.

“Yes, I have.” Victoria laughed. “It makes the job interesting.”

Arriving at her room, Tamara took her bag back and tipped the woman well. “Thank you and have a good night.”

“And you as well, Miss Johnson.”

Entering the large suite, she searched for any sign of her date. Madame Evangeline hadn’t given her any details, only that she would meet him at the hotel. Her stomach had been twisted in knots all day thinking of the possibilities. She found no one else in the room, but a welcome card sat on the king-size bed beside a box of chocolates.

Your date for the evening will arrive soon. Please make yourself comfortable while you wait. A word of advice; don’t be afraid to show him the real you.

She threw the note back on the bed.
The real me?
She didn’t even know who that was anymore.

Didn’t matter. The date would only last one night. Sure, Leah had found Jackson, but Tamara hadn’t come on the date looking for love. She only wanted a night of passion, a night to prove she could date again, even hidden under her wig. Love meant taking the wig off and she would never expose her bald head to a man again. If that meant a life of one-night stands, so be it.

She reached into her shoulder bag and pulled out the red lace teddy she’d bought the day before.
If there’s one way to get a man to fuck me, it’s with sexy lingerie.

After changing into the form-fitting outfit, she waited on the bed, trying to figure out the sexiest pose to be in when her date arrived.
What says ‘take me now?’

Josh Summers rushed through the doors of the Castillo Hotel. He’d come to Vegas to finally escape the big city and bright lights, at least the one where crazed fans and paparazzi followed him everywhere. Unfortunately they followed him to Vegas. Thankfully, Castillo hotels and resorts had a reputation for keeping out those he constantly tried to avoid. But it also meant he had to miss the meteor shower that night. The stars of Hollywood could never compare to the celestial wonders in the sky. It had taken him years to notice there was more to life than bright lights, dollar signs, and hot women. He’d had plenty of them all, until his accident. That moment and the following months had opened his eyes to the reality of the world he’d been living in. Friends were only friends as long as he kept making money. And the women he’d trusted after the event that left him scarred had only wanted him until they saw his now imperfect body up close. Many in a similar position would have turned to drugs, but he’d escaped to the outdoors, finding peace and acceptance in the solitude. Sure, he’d kept the accident a secret from the tabloids, consenting to an out of court settlement and paying a ludicrous price for hair transplant surgery, but refusing to take his shirt off reduced the number of acting contracts he was offered. And with his current contract now expired, he’d failed to sign a new one.

His fans though, did not know about the accident that left his body damaged. He’d let them keep their fantasies instead of being featured in their nightmares. Yet, on days like this one, when he’d been sideswiped by flashing cameras in between leaving his car with the valet and stepping into the hotel, he considered showing them the monster he’d become. No, as long as he stayed inside, he would be safe for the next ten days while contractors finished the renovations to his new home and Kevin Keinelburt decided whether he wanted to invest in his new production company. The business proposition would take him out of the spotlight to behind-the-scenes. And out of the tabloids. He checked in then grabbed a protein bar from his bag to eat while riding in the elevator.

He wanted to relax. Even though the network hadn’t renewed his contract and ended his television series after two seasons, he still had months of promo after the last episode aired. They had to thank the fans. Unfortunately for the entire cast, some people didn’t know the difference between being a fan and a stalker. But Josh noticed it the most. His stalkers, claiming to be fans, attempted to rip off chunks of his clothing and chipped paint off of his car. Paparazzi weren’t afraid to get
in
his car.

Ten days locked in a hotel will be the best holiday ever. I won’t have to keep myself covered. I’m free to walk around naked if I want.

He set his bag down to slide the key card in the lock. Pushing the door open, he entered his room. Ready to crash on the bed, he tossed his keys, phone and wallet on the counter in the kitchenette then he slipped off his shoes and socks.

He reached for the light switch on the bedroom wall and heard the bed shift.
Fuck!
Who was in his room?

Light flooded the room and he jumped back, seeing a woman on his bed. A very sexy, scantily-clad woman lying across the sheets in a provocative position. But that woman wasn’t supposed to be in his room.

Maybe the attendant at the front desk had incorrectly programmed his key card. “I’m sorry, ma’am. I didn’t mean to walk in on you. There must have been some mistake.” Thinking she was a stalker would only ruin his stay at the hotel.

“Josh Summers? Yes, sorry, I’ll go back down and get this figured out.”

When she sat up, her smile dropped in disappointment. “Who? No, I thought you were my date.”

He backed out of the room. “I’m sorry, but I’m not him. He sure is one lucky guy though. Have a good evening.”

Rounding up all of his belongings, he couldn’t get out of the suite fast enough. Sure, the woman was gorgeous with her long, honey-colored hair, perfectly-rounded curves, kissable red-painted lips…. But she looked like every other girl he’d previously dated, with her flawless hair and makeup—high-maintenance. And sure to make a quick exit at the sight of his back.

His new spur of the moment nature didn’t mesh well with those women who spent hours in front of the mirror to go for a walk. Someone would get lucky tonight, but not him. He wanted to be alone.

Walking toward the elevator, his cell phone chimed with a text message.

Good evening, Joshua. I trust you’ve made it to the Castillo without losing a limb?

Only one person called him Joshua, and it wasn’t his mother. But the phone number attached to the text did not belong to his older brother either.
Madame Evangeline
. Yet another unwelcome surprise.

To what do I owe the pleasure?

Why, we have unfinished business.

I thought you had a no refund policy.
The money he’d spent for Madame Evangeline’s 1Night Stand dating service had gone to waste. If only he’d known his brother was gay before he contacted her.

Yes, if only you’d known your brother was already engaged to Kyle before you set him up?

Another message came in before he’d hit send. The policy remains, but that does not mean the payment cannot be transferred to someone else.

Your brother contacted me the other day. He seemed concerned about you.