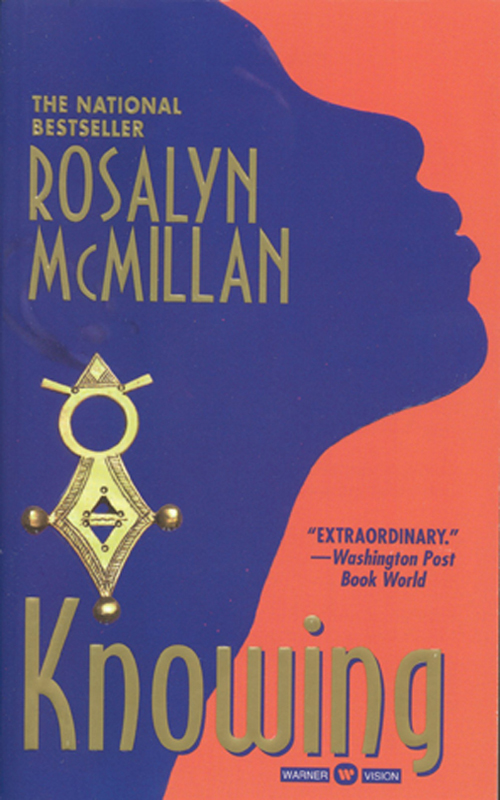 “True-to-life, funny, and sometimes biting dialogue. . . . Looks at passion between and beyond the sheets. . . . Explores a situation that many women can relate to.”

“Recommended. . . . Will appeal not only to African-Americans, but to most women struggling to make sense of their lives.”

“Ultimately it’s the story of everyone’s struggle to find that faith, that happiness. Turn the pages fast, though, or you’ll burn your little fingers!”

— Patrice Gaines, author of
Laughing in the Dark

“A good-hearted novel. . . . It’s about who’s most important, your husband, your kids, or yourself.”

“McMillan has this kind of novel down to perfection, snappin’ on the menfolk, crying on cue, and standing tall for the Sisterhood.”

“A tale of love, lust, family ties, deception, dreams, relationships, and fulfillment . . . peppered with something for everyone: lustful sex scenes, passionate sermons, [and] bittersweet and powerful moments with families.”

“Warmth and down-to-earth richness . . . humorous. . . . McMillan’s strong point is certainly her powers of description and imagery.”

“Rosalyn McMillan has a knack for capturing the directness and humor of modern black female speech. She manages to bring out the glamour, passion, and fabulous interior design in the lives of everyday, workingclass people.”

This novel is dedicated to my mother and father, Madeline Katherine and Edward Lewis McMillan

The poem “Complicated” is reprinted courtesy of the author, Angelica R. King.

Warner Vision is a registered trademark of Warner Books, Inc.

I would like to thank God for the power and creativity that facilitated me in writing this novel.

I would like to thank my best friend for a lifetime, my lover and husband, John D. Smith. Also my four children, Vester Jr., Shannon, Ashley, and Jasmine, who were and always will be the inspiration, the motivation, and the loves of my life.

Equally important are what my special sister Crystal Joy calls the shopping network: my three sisters, Crystal, Terry, and Vicky McMillan, whom I love and cherish dearly. Let’s give new meaning to the phrase “shop ’til we drop,” girls! See you soon.

My agent, Denise Stinson, is a miracle; she’s also my friend. She worked very hard and lobbied for me and the success of this novel on unlimited occasions. I thank you, Denise, for your hard work and enthusiasm on this project, and I unequivocally appreciate everything you’ve done.

Research is very essential also, and I’ve learned to enjoy the process. I would like to thank the Southfield Public Library for the generous help they’ve given me.

It’s very important to have someone in the publishing industry who believes in you and your work. Anne Hamilton was that person. I would personally like to thank Anne, who loved
Knowing
first, and my editor, Rob McQuilkin, who loved it last.

And finally I’d like to give honor to my mother, Madeline Katherine, who could have been a stand-up comedian in her lifetime; but she chose to be a mother. We’d be on the telephone talking and I’d say, “Mama, wait a minute, let me get a pencil so I can write this down.” And she’d say, “Child, I can’t remember everything I say.” Her remarks were always so spontaneous, so on the money. I am still enamored by her words of wisdom and can still hear her laughter today.

My mother left this world two years ago, but I am content in knowing that she is telling jokes to the angels up above, and that she is an inspiration to them as well as to the loved ones she left behind who still cherish her memory.

I feel your power, your sweet spirit, Mama, radiating over me. In the evenings, as I look up toward the heavens, I feel and I know that it’s your single star shining bright down on me. I miss you and I love you, Mama.

Twinkle, twinkle, little star, now I know what you are.

A Preview of "One Better"

November light streams through the window

and lays in yellow slices on my bedspread.

And I can’t help but stare at you as you lay helpless,

still fully succumbed to the throes of sleep and slumber.

I sit up slowly so as not to disturb your sleeping form.

And I love strong black coffee.

in dark and silken softness.

I long so much to reach out and touch you

and feel your heat

beneath my hands, but I do not.

Instead, I sit thinking,

I love you. It really is that simple. I love you more

than I have loved anyone in my whole life.

or blow it off, or what’s worse,

you may tell me that you don’t feel the same way.

That makes this complicated.

a prisoner of myself,

a prisoner of you,

for my daily ration of bread and coffee.

Ginger waited until she heard the familiar faint, even snoring from the man lying next to her in their usual double-spoon sleeping position. She lifted his arms from her waist and slid out from under the comforter of their king-size bed, pausing to trace a light caress as feathery as butterfly wings across his thighs. She knew nothing would wake him for a few hours after a serious session of sex. She never could understand how men were able to go to sleep so suddenly after sex, while their women, listless, would lie staring at the ceiling, counting the spots on the walls, straining to listen for sounds from children’s rooms.

In her closet, Ginger slid a pink satin gown over her nude body. She stepped into a pair of matching satin slippers and walked out of their bedroom, glancing back over her shoulder for a last glimpse of her husband sleeping peacefully.

She carefully cracked open the door of her daughters’ room, knowing the television would still be on from their unsuccessful attempt to stay awake and watch the Friday night comedians on the cable channel. She went in, lifted Autumn’s leg, which was dangling over the edge of the bed, and tucked the cotton coverlet securely under her chin, careful not to disturb Suzy Scribbles, the doll her five-year-old daughter never slept without.

Turning off the set, Ginger leaned over and kissed her daughter Sierra, who was in the fifth grade. If only she could put a timer on the television set to turn it off automatically at 11:30 on Friday and Saturday nights, Ginger thought, she’d save herself a fortune on the electric bill.

Christian, sucking on his bottom lip as usual, had gone to bed first on the weekend. Ginger smiled, shaking her head as she left his room. She’d wager none of his friends approaching their first year of high school hit the sack before his younger siblings. Never had she seen a child who loved to sleep so much. He must have gotten it from his father’s side of the family. She hoped the rest of his body would soon catch up with his large, round pie face and pearly white chipmunk-sized teeth.

“Mama, is that you?” Jason called from his room. The faint sound of rap music could be heard in short, choppy waves, emanating from his stereo system. He’d rushed across the street to ABC Warehouse after his fifth paycheck from working as a bagger at the grocery store and laid out his hard-earned cash. Ginger was astonished that he hadn’t bought the latest Michael Jordan gym shoes. She came home from work one night to find him and Christian huddled together trying to figure out the instructions for assembling the glass-and-oak cabinet that housed the unit. She noticed Jason’s increasing addiction to the harsh lyrics that no one in the house but he seemed to enjoy. Ginger hated rap too, until she saw L. L. Cool J on the TV American Music Awards, his shirt off, moving his pelvis in a titillating, scandalous imitation of sex. . . . It left Ginger perspiring all over. Later, she heard from a friend that other women, heated from his gyrating performance, had also left smiles on the faces of their unsuspecting husbands that night.

Modestly covering himself with his top sheet, Jason whispered, “Anything wrong, Ma?”

“No. I can’t sleep.” The neon digital clock cast a turquoise glow over the posters of various basketball players and rappers papering his walls. He sat up as Ginger pressed the Off button on the stereo. “Don’t you have to be at work at six-thirty in the morning?” She closed the door to his closet. The smell was overbearing. She barely heard him mention they’d changed his schedule from 11:00 A.M. to 7:30 P.M. “Drop those stinking gym shoes in the laundry room when you get up. All of ’em,” she instructed.

Jason wrapped the crisp, white sheet around his muscular body, like a Roman emperor, gave Ginger a quick kiss on the cheek, and guided her out the door. “Okay, Ma.”

He loosened the toga and flopped down on the bed, reaching underneath to retrieve his Sony Walkman. Adjusting the earphones, he crossed his legs at the ankle, laced his fingers behind his head, and began nodding to the beat of the radical refrain. Hearing the faint sound of the blaring music outside his door, Ginger shook her head.

As she descended the circular staircase leading to the first floor, the coolness of her satin robe teased the tips of her breasts. A trace of lemon polish hung in the night air from the carved oak panels that covered the walls of the spacious circular foyer. Raking her fingers through her hair, she leaned her head forward, and massaged her temples with the tips of her fingers.

In Hiding: A Survivors Journal of the Great Outbreak by Elliott, ,ichael
The End of the Whole Mess: And Other Stories by Stephen King, Matthew Broderick, Tim Curry, Eve Beglarian
Heart Troubles by Birmingham, Stephen;
Unintended Consequences by Stuart Woods
The Nowhere Men by Calvin, Michael
Dragon Moon by Alan F. Troop
Austin's Lost Bride (The Sterns) by Winters, Mindi
5.5 - Under the Ice Blades by Lindsay Buroker
Sullivan's Woman by Nora Roberts
An Armenian Sketchbook by Vasily Grossman