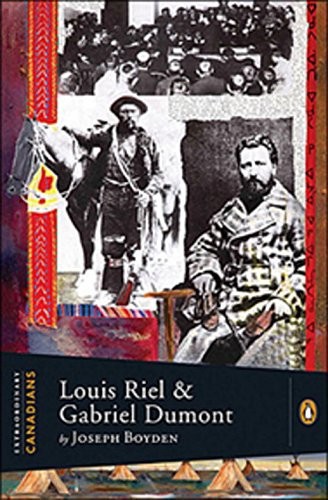 Lester B. Pearson
by Andrew Cohen

With an Introduction by

This book was printed on 30% PCW recycled paper

And always, for Amanda.

How do civilizations imagine themselves? One way is for each of us to look at ourselves through our society’s most remarkable figures. I’m not talking about hero worship or political iconography. That is a danger to be avoided at all costs. And yet people in every country do keep on going back to the most important people in their past.

This series of Extraordinary Canadians brings together rebels, reformers, martyrs, writers, painters, thinkers, political leaders. Why? What is it that makes them relevant to us so long after their deaths?

For one thing, their contributions are there before us, like the building blocks of our society. More important than that are their convictions and drive, their sense of what is right and wrong, their willingness to risk all, whether it be their lives, their reputations, or simply being wrong in public. Their ideas, their triumphs and failures, all of these somehow constitute a mirror of our society. We look at these people, all dead, and discover what we have been, but also what we can be. A mirror is an instrument for measuring ourselves. What we see can be both a warning and an encouragement.

These eighteen biographies of twenty key Canadians are centred on the meaning of each of their lives. Each of them is very different, but these are not randomly chosen great figures. Together they produce a grand sweep of the creation of modern Canada, from our first steps as a democracy in 1848 to our questioning of modernity late in the twentieth century.

All of them except one were highly visible on the cutting edge of their day while still in their twenties, thirties, and forties. They were young, driven, curious. An astonishing level of fresh energy surrounded them and still does. We in the twenty-first century talk endlessly of youth, but power today is often controlled by people who fear the sort of risks and innovations embraced by everyone in this series. A number of them were dead—hanged, infected on a battlefield, broken by their exertions—well before middle age. Others hung on into old age, often profoundly dissatisfied with themselves.

Each one of these people has changed you. In some cases you know this already. In others you will discover how through these portraits. They changed the way the world hears music, thinks of war, communicates. They changed how each of us sees what surrounds us, how minorities are treated, how we think of immigrants, how we look after each other, how we imagine ourselves through what are now our stories.

You will notice that many of them were people of the word. Not just the writers. Why? Because civilizations are built around many themes, but they require a shared public language. So Laurier, Bethune, Douglas, Riel, LaFontaine, McClung, Trudeau, Lévesque, Big Bear, even Carr and Gould, were masters of the power of language. Beaverbrook was one of the most powerful newspaper publishers of his day. Countries need action and laws and courage. But civilization is not a collection of prime ministers. Words, words, words—it is around these that civilizations create and imagine themselves.

The authors I have chosen for each subject are not the obvious experts. They are imaginative, questioning minds from among our leading writers and activists. They have, each one of them, a powerful connection to their subject. And in their own lives, each is engaged in building what Canada is now becoming.

That is why a documentary is being filmed about each subject. Images are yet another way to get at each subject and to understand their effect on us.

The one continuous, essential voice of biography since 1961 has been the
Dictionary of Canadian Biography.
But there has not been a project of book-length biographies such as Extraordinary Canadians in a hundred years, not since the Makers of Canada series. And yet every generation understands the past differently, and so sees in the mirror of these remarkable figures somewhat different lessons. As history rolls on, some truths remain the same while others are revealed in a new and unexpected way.

What strikes me again and again is just how dramatically ethical decisions figured in these people’s lives. They form the backbone of history and memory. Some of them, Big Bear, for example, or Dumont, or even Lucy Maud Montgomery, thought of themselves as failures by the end of their lives. But the ethical cord that was strung taut through their work has now carried them on to a new meaning and even greater strength, long after their deaths.

Each of these stories is a revelation of the tough choices unusual people must make to find their way. And each of us as readers will find in the desperation of the Chinese revolution, the search for truth in fiction, the political and military dramas, different meanings that strike a personal chord. At first it is that personal emotive link to such figures which draws us in. Then we find they are a key that opens the whole society of their time to us. Then we realize that in that 150-year period many of them knew each other, were friends, opposed each other. Finally, when all these stories are put together, you will see that a whole new debate has been created around Canadian civilization and the shape of our continuous experiment.

And in no story does the past reverberate into the present with as much force as that of Louis Riel and Gabriel Dumont. Riel, the great martyr or villain—depending on your point of view—of nineteenth-century Canada, has become the Father of Manitoba, the great Métis leader, and a tragic national hero. Gabriel Dumont, long-time Métis leader, a great buffalo hunter and guerrilla fighter, and one of Canada’s most remarkable military leaders, has always been a mysterious figure, somehow cut off from mainstream political reality.

Now the brilliant novelist Joseph Boyden has brought the two men together, back into the relationship that shaped them, shaped modern Métis history, and was central to the shaping of Canada. After all, the tragedy of the Canadian internal war of 1885 showed how badly we could go wrong as a country, how easily and deeply we could scar ourselves, both the victims and the victimizers. But the power of the Riel–Dumont story has turned the tragedy into a lesson.

This balance, this tension of two very different men, shows how their reality and the reality of the Métis people are central to all our lives.

Gabriel wakes before the sun. All real hunters do. He tethers his horses to his four-wheel cart. He wishes the squealing axles silent because he knows that they cry out his departure to those who are afraid of him, and to those who wish him great ill. These include the priest, Father André, and that whining dog of a man, the bureaucrat Lawrence Clarke.

Gabriel’s wife is used to his early morning departures, has come to expect them and his eventual return, days or weeks or months later, his cart laden with the sustenance of the hunt. But this journey carries great secrecy and great import for the people who have asked him to take it.

Gabriel is not a tall man. He’s compact and powerful though, thick as a bull moose through the chest, with the black eyes of a crow, the beard of the French, and the high cheekbones of the Sarcee. He is the leader of the buffalo hunt, a position of high respect and huge skill as well as crushing demand. The buffalo are mostly gone now, and the Métis people fall back on what they’ve always fallen back on in tight times: their farms here, in what is now Saskatchewan, laid out Red River style, long and narrow, using the riverfront for their thirst. Métis and crops alike need water, first and foremost. And the Métis allotments are sensible for this landscape.

But Gabriel is not a farmer. He knows that anyone who wishes to head west, or east for that matter, has to cross the wide and pretty South Saskatchewan River. With no buffalo to pursue, he’s built himself a good business here where the Carlton Trail nears Batoche. He runs a river ferry, and because Gabriel is a social man, he’s constructed a small store as an excuse for visitors to come in. When they do, they’re always surprised to find a billiards table at the centre of the room. There’s nothing Gabriel enjoys more than a good game, and he’s a talented player, rarely losing. Gabriel’s known across the North-West not only for his skills as a hunter and a leader but for his social skills, too. He’s a wellrespected man.

Before Midnight by Blackstream, Jennifer
Who by Fire by Fred Stenson
Face the Wind and Fly by Jenny Harper
Twin Roses: A Beau Rivage Short Story by Sarah Cross
The Secret of the Forgotten City by Carolyn G. Keene
Life in Secrets: Vera Atkins & the Missing Agents of WWII by Sarah Helm
Under Cover by Caroline Crane
Cherish her: Laws of Seduction, Book 4 by Ava Hayworth
Girl Alone: Joss came home from school to discover her father’s suicide. Angry and hurting, she’s out of control. by Cathy Glass
From Lies by Ann Anderson