Luzo: Reign of a Mafia Don 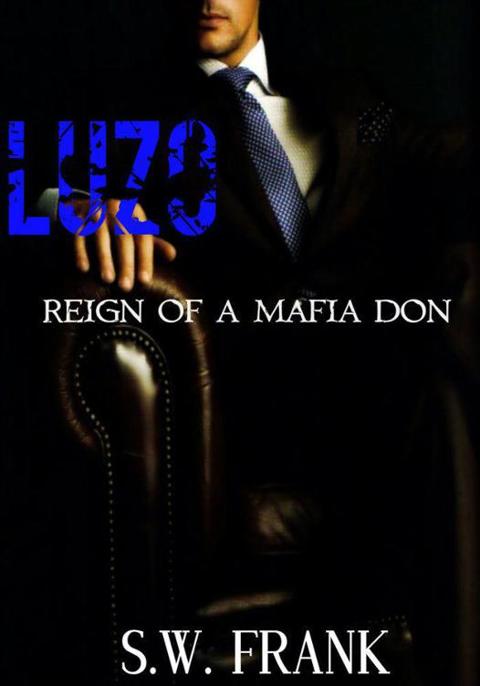 Reign of a Mafia Don

No parts of this book may be reproduced, stored in a retrieval system in any form without prior written permission of the author. Piracy of the book is a crime. It is not always laws which govern a person, it is what a person does when nobody watches which is the test of a person’s character and the governance of self.

This is a work of fiction. The characters, incidents and events portrayed in this story are not to be construed as real. Any resemblance to any actual persons, living or dead is entirely coincidental and simply the vivid imagination of a storyteller.

Images are for illustrative purposes only.

"Our lives begin to end the day we become silent about things that matter."

"In the end, we will remember not the words of our enemies, but the silence of our friends."

"I have decided to stick with love. Hate is too great a burden to bear."

“
Nothing in the world is more dangerous than sincere ignorance and conscientious stupidity.”

Man Made: A Novella

The Sisters of Cain and Abel

Allysen
, the answers are found within the pages. Alberti’s memory is indeed long, cara mia.

“Ssssh Giuseppe,” a mother cautioned her sleepy son.
The shaky wavering of her lip went unnoticed by the toddler.

The mother touched
her
child’s soft cheek, listening to the noises beyond the doors. Men had entered their property intent on murder in the dark hours. They were on the grounds, gunfire rattled followed by death sounds which were eerily distinct. She didn’t have much time. She must fetch her twin daughters, Angelina and Cecelia. They were in a deep slumber, probably dreaming of faerie tales she had read as they drifted to sleep. Her husband gave her a hug from behind, a weapon dangled from his hand. She breathed in his cologne, wanting to cry but lifting her chin when he kissed her cheek.

“Retrieve the girls and take them to safety Amelda. If I do not come, know that I love you beyond death cara mia.” Sergio
Giacanti said to his brave wife before rushing to join the soldati in the fight to defend his home.

A wife experienced a sinking feeling that she may never see her beloved again. They were Giacanti, hated, loved and feared. Sergio angered many. He lacked a patient temperament with politics and Mafiosi. His actions defied the German dictum and Mussolini’s enforcement by shielding Jews and other clandestine activities. But, she
like her husband was not entirely innocent.

“We are playing a game, you are to stay quiet until you hear me tell you to come out, capisce mio amo
re?”

The tired boy nodded and rubbed his eyes. His mam
a urged him to return to sleep and he listened. Like a good ragazzo, Giuseppe’s small body assumed a fetal position in the dumb waiter as Amelda lowered the child down, nervously glancing over her shoulder when men scurried past with guns. Her heart clenched, ‘
save the children’
she thought during the mayhem. When the mechanism ceased to turn she closed the camouflaged door and rushed down the long hall to fetch the girls. The gunshots were loud; they shook her steps as she waved a soldati out of the way as he ran toward the stairs. Then her legs wobbled, at the crashing noises below that grew so loud she jumped. The killers had entered. She could tell by the deathly grip holding her in place. Gunfire, shouts and running feet are not what she envisioned when she went to bed a short time ago.

“Amelda,
andare get the girls…ora!” Sergio Giacanti shouted as he appeared at the top of the stairs, a thin line of heat vapor billowing from the submachine gun.

He was a vision to her eyes. This was her love. Cad that he was, she knew his heart stayed true. He hurried to her side, yanked a handgun from the pocket of his robe,
thrust it in her hands before planting a quick kiss to her lips. The cobalt colored eyes traveled in the direction he had recently traversed. His eyes remained there as he urged her on. “Andare cara mia, know I am always yours.”

Then there came a shout from near the stairs where a man lie concealed. “Give me the books Sergio and I will not harm Amelda or the children.”

Sergio gestured for his wife to go. Reluctantly she began to back away toward their daughter’s bedroom. “Ti amo…ti amo,” she whispered sadly to her husband’s back. Her eyes filled with tears, she cocked the gun in the event she was intercepted before reaching the children’s bedroom door. Sergio’s attention was on the man he once considered a friend, but friends do not enter under the cloak of night mowing down former acquaintances without remorse. He had not expected the betrayal to come from the hands of a board member, but greater treacheries befell Kings. They were tales of deceit and plots long recorded in history books. “I have nothing for you Umberto, you spineless cazzo!”

There was an eerie quiet. Sergio’s fingers were primed to shoot. His wife had yet to reach the door. He was aware of her movements, smelled her perfume and heard her soft breaths that often caressed his neck when she lay in his arms. He was not concerned with his death, what he feared were the murderous bastards harming his wife and children.

Salvatore was studying in France, perhaps he should have sent all of the children there but his arrogance led him to believe he could uncover the conspirators. Unfortunately, he had not.

Perhaps he should have shared more with Amelda. His regrets were many, especially his involvement in the demise of his former friend’s wife. But, then he found hope. Salvatore and Anthony were not home. Salvatore would know what to do. Everything he
needed was secured in the chest; at least he had considered the possibility of his death and sought to secure the future of his children.

There was a scream. Amelda’s gun fired
with a boom and Sergio unleashed a round of bullets that shattered the walls as he spun to aid his wife as men appeared from the opposite end of the hall. A bullet tore through Sergio’s flesh and blood splattered on the colorful wallpaper.

Sergio’s weapon held men at bay, but they flocked from both directions, converging on the couple. Their bullets tore through his skin, molten steel obliterated the flesh. In the final moments of life, he was with his love fighting against former allies. Sergio’s last vision of Amelda was her tumbling in a beautiful silk robe. Like a painful dream, he pulled hard on the trigger.

The man who shot his heart crashed through the window. There was resignation before his eternal sleep and satisfaction.

He
prayed all of his children survived.

“
Morte ai nemici della mia famiglia
!” Sergio muttered before Umberto stepped near his body to demand from the deceased a ledger filled with numbers to secret bank accounts.

‘
The fox gave up chasing the wind,

The wind never gave up chasing the fox.’

Salvatore Giacanti had the spry steps of youth as he strolled along the bullet riddled streets of Paris carrying his books. Lessons were the daily rituals, except on religious days. He enjoyed walking alone and seeing the uniforms of the Red Cross personnel and American ASS on Parisian soil in the aftermath of the Liberation of Paris. His father had sent him here shortly after the Germans were defeated although he did not want to go.

War seemed to be everywhere and there were few places to escape the insidious despotism afflicting leaders. The Nazi’s had flexed their military might to invade countries but of course had
not counted on rebel groups willing to fight against an occupation, certain to lead to oppression.