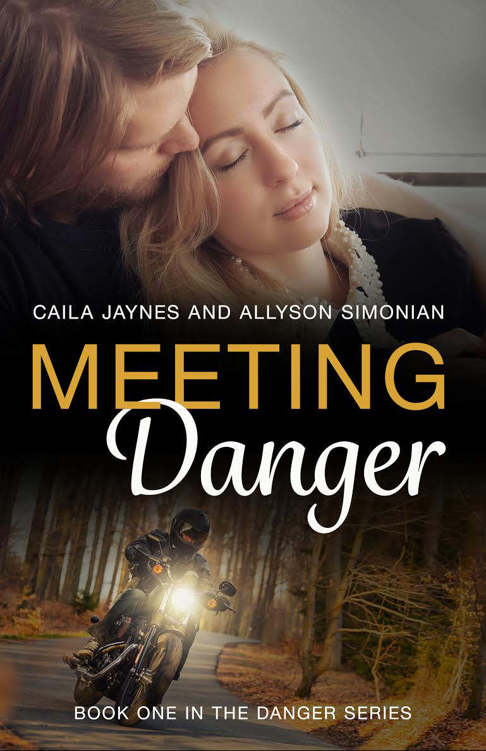 This is a work of fiction. Names, characters, organizations, places, events, and incidents are either products of the author’s imagination or are used fictitiously. Any resemblance to actual persons, living or dead, or actual events is purely coincidental.

CONNECT WITH THE AUTHORS

Camden Taylor coughed, choking on the black smoke roiling around him. Fire that only moments ago was licking at the cabin’s ceiling had now engulfed it, and the exposed beams above him crackled as they were consumed.

His heart raced, its beats pounding in his ears as he tried to calm himself and
think
. Time was running out. If the kidnapped boy his task force was searching for was being held here, he was probably in one of the bedrooms in the back of the house. The mountain cabin was small, so they were surely only a few feet away, but the smoke was so thick that Camden couldn’t see past his own hand, which was outstretched as he tried to feel his way through the living room.

Overhead, something snapped. His head whipped up just as the beam overhead collapsed on top of him, pinning him to the floor. Dazed from the blow, he lay facedown on the floor and shook his head as he tried to take a breath, and pushed back his panic when his lungs wouldn’t inflate. Heat scorched his face, and as flames licked at his back, he thrashed, trying to free himself from the crushing weight on his back so he could breathe.

His teammate’s hazy form came into focus as he stepped through the thick, rolling smoke. Grayson lifted the beam a few inches, allowing Camden to scramble out from underneath. He struggled to his feet, his lungs heaving with relief until Grayson shouted at him.

Camden’s federal academy training kicked in and he dropped to the floor, rolling back and forth to extinguish the flames as he yelled, “Try the bedrooms!”

Grayson nodded and disappeared into the smoke. A moment later, he hurried back to Camden’s side, his eyes bleak beneath the black Phoenix Task Force cap pulled low over his brow.

No!
Gritting his teeth as he tried to ignore the pain searing his back, Camden took Grayson’s offered hand and stood up, using the momentum to stumble in the direction of the bedrooms.

Grayson coughed hard and moved to block his path. “He’s gone, Cam. And we need to get out of here!” When Camden shook his head and tried again to push forward, Grayson gripped his arm. “I’ll knock you out if I have to!”

As they staggered out of the blazing cabin into the bitter winter air, three SUVs emblazoned with the Phoenix logo screeched to a halt on the dirt road out front, blue lights flashing, with a couple of fire trucks and an ambulance in their wake. A few neighbors congregated in a small group in the yard of the cabin across the road, whispering amongst themselves as the leaden sky began to spit snow. Camden wondered which of them had made the call that had led to this raid, and wished they’d called just an hour earlier.

Camden’s eyes burned from the smoke as well as the emotion, and he pressed the heel of his hands against them as Grayson led him toward the ambulance that had just pulled up. He looked back at the house, now a roaring inferno, the acrid bite of smoke in his mouth and throat not nearly as bitter as the taste of failure.

Autumn Mason sucked in a breath and dropped her gaze as Butch Cobb backed her into the wall, crowding her and using his size and bulk to intimidate her. When he pressed until they were practically nose to nose, she risked a glance upward. The rage in his eyes had eased, but not by much.

It wouldn’t be unusual for Butch to raise a hand to her; he’d done so more than once. Despite what had happened outside, it was something she hoped to avoid.

Not fifteen minutes before, she’d checked on the chicken roasting in the oven before bundling up against the February chill to walk down the long gravel driveway to pick up the day’s mail. Butch normally picked it up on his way in, but she’d been a little antsy and had wanted a walk.

Along the way, she’d stopped to pet a barn cat that had trailed behind her, and had lost track of time. The cat had purred loudly at the attention, and she’d enjoyed playing with him for a few moments. Butch wouldn’t allow her to have a pet, so she pretended for a moment that the cat was hers, amused as it batted at her hand, wanting to lick at her fingers.

“You smell the chicken, don’t you?” she’d said with a laugh.

Their mail carrier pulled up just as she reached the mailbox. The balding, middle-aged gentleman had smiled and lifted a hand in greeting.

Autumn had ducked her head, knowing Butch wouldn’t be happy if he saw her talking to the man, despite the fact that the mailman was old enough to be her father. Muttering a quick hello, she’d reached out to accept the bundle of mail just as Butch had roared into the driveway on his motorcycle. Her heart pounding, she had quickly said good-bye to the mailman and hurried back to the house, hugging the bundle of mail to her chest.

As she’d reached Butch, his eyes had narrowed into slits. He’d shut off his bike and slipped off of it. With a baleful glance in the direction of the mail truck puttering down the road, he’d taken her arm and steered her roughly inside.

When they’d entered the kitchen, smoke had been billowing from the oven, and her heart had begun racing. The chicken she’d been roasting for their dinner was burning. Butch’s grip had tightened painfully on her arm before he’d whirled her around and pushed her against the wall.

Now Autumn gazed up at a face that was far too menacing to be handsome. Ignoring her roiling stomach, she struggled to keep her tone calm but not pleading as she said, “It’s not ruined. I can fix it.”

She hated the man, hated how he controlled her every move, much like her father had done as she was growing up. Over the years she’d learned how to control her expressions, knowing it was dangerous to reveal any anger. The smart thing to do was keep her head low and get along. Otherwise she’d be “corrected,” or worse, knocked to the floor and kicked repeatedly. After all, it wouldn’t do to let people see her bruises.

A muscle in his jaw twitched as he glared at her for another beat before releasing her arm. Holding in a sigh of relief, Autumn ducked away from him and put the mail on the counter, quickly hanging up her coat before she headed for the oven.

By the time she and Butch sat down to eat, he seemed calmer. Dinner was quiet as he hunched over his plate, shoveling food into his mouth without speaking. Autumn was grateful for the silence. She’d take ambivalence over anger any day.

From beneath lowered lashes, she studied him as she ate. His wavy dark hair couldn’t be considered long, but it wasn’t short either. He had strong, symmetrical features enhanced by a clean-shaven square jaw and intense blue eyes. Butch was popular with his motorcycle club’s women, not just for his status as president, but for his looks. For Autumn, though, fear of his temper and his rough treatment of her destroyed any attraction she might have ever felt for him.

Butch swallowed the last of his meal and pushed back from the table without a word. Seconds after he walked into the living room and switched on the TV, sounds of a basketball game filled the house.

Autumn stood to clear their plates, noting the leather “cut” he’d draped on the back of a chair when he got home. The vest was adorned with various patches that signified Butch’s club, his road name, and his accomplishments.

Her gaze raked over the cut, familiar with the emblems sewn on it. The patch with the number twenty-two meant Butch had spent time in jail. Although she’d never gotten the full story, one of the brothers had let it slip that Butch had once assaulted a police officer.

But it was the patch with the number thirteen that always bumped up her heart rate. The number stood for the thirteenth letter of the alphabet,
M
, which could signify a number of things, including
marijuana
or
meth
,
and
murder
.

There was no teardrop accompanying the letter, which would have been a sure sign that the patch signified murder. But in her heart of hearts, Autumn knew that’s what it was.

Over the years, she’d tried not to pay attention to what Butch did for a living, but she still heard bits and pieces. The Wicked Disciples motorcycle club sold drugs, heroin specifically. And as the president of the Newburgh chapter, Butch was in the center of the ring.

When his club had first started dealing heroin, Butch had ranted about a rival dealer, angry that Paxton had cut into his profits. Then not long ago, Butch had gone away one weekend. When he returned, he never again spoke the man’s name.

Autumn squeezed her eyes shut as she let out a slow breath. It wasn’t as if she could ask Butch if he’d killed Paxton. And calling the police was definitely out of the question. If she did, Butch would kill her. It was best to just get her mind off of it, but the thoughts continued to nag at her as she cleared the table and washed the dishes.

As she was putting the last of the plates in the cabinet, the basketball game ended with howls of delight from the home team’s fans. Butch muttered something under his breath and snapped off the television.

Knowing what was expected, Autumn hurried over to him and sat on his lap, straddling his legs as his large hands pushed her skirt up her thighs before squeezing her breasts. He unzipped his jeans, pushed her panties aside, and entered her roughly. Biting her lip to hold back a whimper of pain, she gripped his arms to maintain her balance and shut her eyes as he began thrusting.

Isabella and the Strange Death of Edward II by Paul Doherty
Home Is the Sailor by Lee Rowan
Tiger Claws by John Speed
The Listening Walls by Margaret Millar
Virtue and Vice by Kimberly Brody
The Bottle Ghosts by Dorien Grey
Make Mine a Ranger (Special Ops: Homefront Book 4) by Aster, Kate
The Blind Barber by Carr, John Dickson
Long, Lonely Nights by Marla Monroe
Summer Unplugged by Sparling, Amy