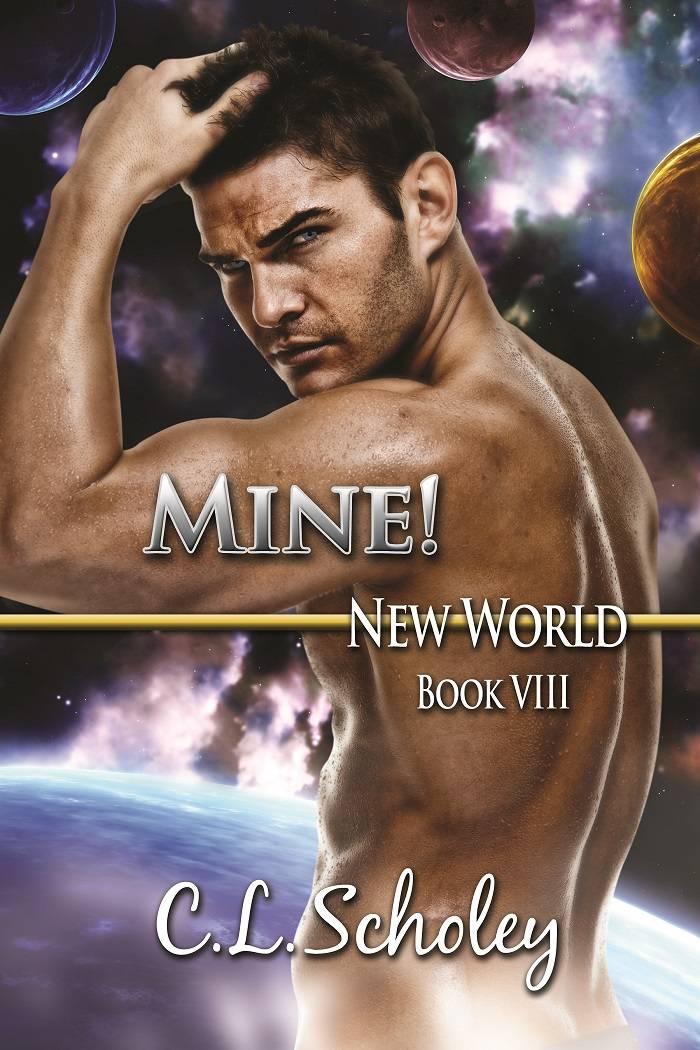 Warning: The unauthorized reproduction or distribution of this copyrighted work is illegal. Criminal copyright infringement, including infringement without monetary gain, is investigated by the FBI and is punishable by up to 5 (five) years in federal prison and a fine of $250,000.

Names, characters and incidents depicted in this book are products of the author’s imagination or are used fictitiously. Any resemblance to actual events, locales, organizations, or persons, living or dead, is entirely coincidental and beyond the intent of the author or the publisher.

WHAT THEY ARE SAYING ABOUT
GAME ON!

This is one married couple whose appetites for each other grow ever stronger with each passing year. They thoroughly enjoy discovering new ways to keep the spark alive and thriving. Allowing another couple to share in their fun only seems to increase the possibilities. Keeping the love alive is certainly not a problem for Mac and Jenney, which makes their escapades deliciously fun to read.

Abri is a strong female heroine. She didn't let deafness define who she is. Raiden is a likeable guy. Why? Even though Abri is deaf, Raiden picked her for his female.

C.L. Scholey has done a terrific job of creating this futuristic romance series. We have action, romance, adventure & mystery all in 102 pages.

The Brethren of Tavish is a wonderfully written book. The characters are well rounded and bring you into the story as if you were really there. The story flows smoothly tying one part to the next. The plot is well thought out, giving you plenty of action…

Other Books by Author Available at Torrid Books:
www.torridbooks.com

The Brethren of Tavish

A Vampire to Watch Over Me

To Catch a Warrior

Back to Our Beginning

I want to thank family, friends, and readers, who have become friends, for making this series a success. Thanks for the encouragement, emails, reviews, and for being a special part of my journey as an author. Thank you to the publishers, cover artists, and my wonderful editor.

Grey shield raised and agitated, Huck was in a flurry, racing tree to ground to tree. Long talons and claws dug into the bark, then ground as he propelled further faster. His movement so dizzyingly wild, the tips of his razor sharp weapons caught more air than substance.
Where are
you female?
So damn close. The scent filtered to his nostrils teasing, taunting, doubling his effort. The planet’s earth was eaten up beneath his harried motion. Foliage flew within his wake as his commanding presence wouldn’t be denied the spoils of victory. To scent her was to have her. Death would come swiftly to any who stood in his way.

He could taste her in the breeze. Female fragrance danced across his tongue filling his mouth. Excitement thundered in his chest. His search would soon be at an end at long last. No more lonely shuttle, no more empty days running into nights. A new home, a new planet and a new beginning were almost in his grasp. His talons twitched to touch soft flesh. The strong surface beneath him, simply connecting with earth was bliss. The hard shuttle floor beneath his feet would be a distant memory once he secured the female and made his way to Bagron. Every inch of him was alive.

The search for the female came to an abrupt halt. His claws skidded on the terrain, sending brown dirt particles flying. Huck scowled as he came to a dead stop. Growling, he sliced his talons across a tree trunk to keep from slaughtering the interference. There were six human males standing around a battered shuttle craft. He thought he’d scented a female.
I know I did, damn
. The scent was gone, testosterone filled the air. All six men, various sizes shapes and colors were joking and laughing. Huck sensed no threat—
paltry pieces of fluff—
he leaned against the trunk of the tree, dropping his shield. None of them noticed him. The idea made him shake his head, if he chose they would already be dead.

One male, Caucasian, tall, red hair, was laughing so hard tears were rolling down his face. Another man, shorter with a stockier build, tan, and bald, shoved him and turned beet red.

Another, the biggest of the lot, slapped his thighs and roared with laughter. “We’re all gonna fuck ourselves before that bitch spreads her legs.”

Bitch, a female dog or derogatory human slang term for a human woman.
Huck heard his shield mutter within his thoughts as it did often. He was used to its ramblings; sometimes he ignored its musings, other times he agreed. Human males had no imagination. Tempest, hellcat, whirlwind, was construed as cute as far as Huck was concerned. Females, in his opinion, resembled four legged furry beasts in no way, shape, or form. Huck had learned humans used odd terms more often than not. Then again, if it was metaphorical speech, the men could be interpreted as assholes, puckered sphincters spewing shit.

“Who the hell teaches a woman to fight like the karate kid?” The red head moved his arms like a dying bird and Huck supposed he was trying to look dangerous. Huck snorted.
Not.
Their banter was humorous, but he was growing impatient.

“I hear her old man was a Navy SEAL.”

“Her old man was a SEAL, and her mother was a Green Beret, and they gave birth to an untouchable.”

Huck had heard enough. From their joking he was convinced there was a female around, somewhere. He wanted her, and patience was never his strong point. Huck stepped into the open. All six men stopped laughing and stared at him. The scent of fear wafted to Huck’s nostrils and he scrunched his nose.

Who are the bitches now?
Huck’s lips twitched at his shield’s sense of humor. All of the men sported facial hair. Where their shirts were ripped, many had chest hair and leg hair in places their pants didn’t cover. His shield had a point; Huck had never seen a furry female.

The grey shield he used when he planned to kill remained down, but didn’t mean the shield wasn’t active. His source of protection for over a thousand years, the shield was an extension of him. Huck’s personal weapon and at times confidante. At the moment, the shield was content to watch. Huck wore form fitting grey pants that hugged his hips to his ankles. The rest of him was bare. All six men centered their gaze onto him, all six wary.

“Maybe later, I haven’t decided. The idea is amusing. For now, I want the female. I know you have one; she’s mine now.”

“The Tonan and the titan. Buddy, I got some advice for you. All six of us are no match for you, granted. But Becky will kick your ass.”

Huck was surprised when the red-haired man laughed. They were staring death in the face and cracking jokes?

“Buddy,
we
sleep with knives, not Becky. One little nightmare when she’s crashed and holy hell, run for your life when she wakes. She’s a tornado of motion.”

“And heaven help you if she sees grey. Hates the color with a passion, so I’d suggest a change in clothes,” Tom said.

“Where is the female?” Huck was getting annoyed, his fingers twitched to throttle someone. He already knew some females were terrified of grey; it was a Tonan color.

Remember your mission.
Sometimes his shield was too annoying.

A man threw up his hands looking exasperated. “Beats the hell out of me. Off smashing the crap out of some hapless creature who shit where she walked, who knows? Look, we don’t want any trouble. We stopped here for water and we’re leaving as soon as she comes back.”

“Get your water and go, you may leave with your lives, but you will also take off without the female,” Huck said.

“Come on, Jack. Becky’s a shit, but can you blame her? The six of us are bad enough. She can’t be left here with him. Look at the size of him and he’s a Tonan warrior. You really think she’ll be fine?”

“You wanna take a Tonan warrior on for Becky? It’s not like you’re getting anything from her, none of us are,” Jack said. “Hell, out of the lot of us, she’d be the better man. Look, Tonan, buddy, you want her, find her. And thank you for not disembowelling me.”

Jack jumped into the shuttle. Four others followed. The one man who offered up the resistance was left; he was the smallest. He hesitated only a second before he spoke.

“Are you going to kill her?”

“It would take me two seconds to kill you.”

“Then I’d only have to worry over her for two more seconds.”

The little man balled his fists. Huck’s armor came up. His grey shield slammed over him from within. The man went white as a star. Huck clicked his long talon fingers together, sparks flew. His clawed feet gripped the earth and he took a step to show the male what damage the claws could do to simple terrain beneath his feet. A long grey tail snapped like a whip, cracking against bark leaving a scorch mark, making the man jump. Huck was a huge warrior to begin with, even without his shield. Taller than many Tonan warriors, when Huck talked everyone listened.

The word was a squeak. The man had guts, he wasn’t lying. The male’s fear was palpable, but he stood his ground. He swallowed hard and raised his fists into the air. The little mouse had more balls then the five huddling together taking bets on whether he’d be sliced or diced.

A worthy opponent in heart only.
Killing him would be senseless, he was unarmed.

“Go with your companions. The female will be fine. Scared shitless no doubt, but I will use a kind hand.”

Skull in the Wood by Sandra Greaves
Blood Of Kings: The Shadow Mage by Paul Freeman
Wild with You by Sara Jane Stone
Lost Highway by Hunter, Bijou
I Only Have Eyes For You by Bella Andre
Blue Madonna by James R. Benn
Hawkmaiden by Terry Mancour
A Ticket to the Circus by Norris Church Mailer
Love, Lies and Texas Dips by Susan McBride
The Coming of the Unicorn by Duncan Williamson