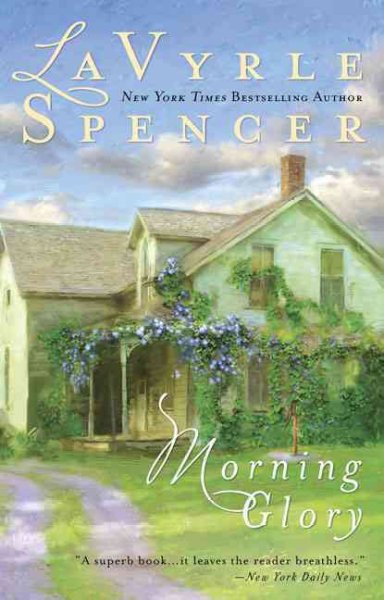 T
he train pulled into
Whitney
,
Georgia
, on a leaden afternoon in November. Clouds churned and the first droplets of rain pelted like thick batter onto the black leather roof of a waiting carnage. Both of its windows were covered with black. As the train clanged to a stop, one shade was stealthily lifted aside and a single eyeball peered through the slit.

The carnage door opened and a man stepped out. He, like the carriage, was garbed in black—suit, shoes and flat-brimmed hat worn level with the earth. He glanced neither right nor left but strode purposefully to the train steps as a young woman emerged with a baby in her arms.

"Bring your bastard and come with me." He turned her roughly by an elbow and marched her back to the carriage without looking at her or the infant.

The curtained door was thrown open the instant they reached it. The young woman lurched back protectively, drawing the baby against her shoulder. Her soft hazel eyes met the hard green ones above her, framed by a black bonnet and mourning dress.

"Get in before every soul in this town sees our shame!"

The man gave his daughter a nudge. She stumbled into the carriage, scarcely able to see through her tears. He followed quickly and grasped the reins, which were threaded through a peekhole, yielding only a murky light.

He whipped the horses into a trot.

"See her?" The woman's mouth pursed as she continued staring straight ahead. "I'll have to, won't I, for the rest of my life, while people whisper about the devil's work you've brought to our doorstep."

The young woman clutched the child tighter. It whimpered, then as a jarring crash of thunder boomed, began crying lustily.

"Her name is Eleanor, Mama and—"

"Shut it up before everyone on the street hears!"

But the baby howled the entire distance from the depot, along the town square and the main road leading to the south edge of town, past a row of houses to a frame one surrounded by a picket fence with morning glories climbing its front stoop. The carriage turned in, crossed a deep front yard and pulled up near the back door. The mother and child were herded inside by the black-garbed woman and immediately a dark green shade was snapped down to cover a window, followed by another and another until every window in the house was shrouded.

The new mother was never seen leaving the house again nor were the shades ever lifted.

T
he
noon
whistle blew and the saws stopped whining. Will Parker stepped back, lifted his sweat-soaked hat and wiped his forehead with a sleeve. The other millhands did the same, retreating toward the shade with voluble complaints about the heat or what kind of sandwiches their wives had packed in their lunch pails.

Will Parker had learned well not to complain. The heat hadn't affected him yet, and he had neither wife nor lunch pail. What he had were three stolen apples from somebody's backyard tree—green, they were, so green he figured he'd suffer later—and a quart of buttermilk he'd found in an unguarded well.

The men sat in the shade of the mill yard, their backs against the scaly loblolly pines, palavering while they ate. But Will Parker sat apart from the others; he was no mingler, not anymore.

"And dusty," added the one called Blaylock. He hacked twice and spit into the pine needles. "Got enough sawdust in my lungs to stuff a mattress."

The foreman, Harley Overmire, performing his usual
noon
ritual stripped to the waist, dipped his head under the pump and came up roaring to draw attention to himself. Overmire was a sawed-off runt with a broad pug nose, tiny ears and a short neck. He had a head full of close-cropped dark hair that coiled like watchsprings and refused to stop growing at his neckline. Instead, it merely made the concession of thinning before continuing downward, giving him the hirsute appearance of an ape when he went shirtless. And Overmire loved to go shirtless. As if his excessive girth and body hair made up for his diminutive height, he exposed them whenever the opportunity arose.

Drying himself with his shirt, Overmire sauntered across the yard to join the men. He opened his lunch pail, folded back the top of his sandwich and muttered, "Sonofabitch, she forgot the mustard again." He slapped the sandwich together in disgust. "How many times I got to tell that woman it's pork plain and mustard on beef!"

"You got to train 'er, Harley," Blaylock teased. "Slap 'er upside the head one time."

"Train her, hell. We been married seventeen years. You'd think she'd know by now I want mustard on my beef." With his heel he ground the sandwich into the dry needles and cursed again.

"Here, have one o' mine," Blaylock obliged. "
Bologna
and cheese today."

Will Parker bit into the bitter apple, felt the saliva spurt so sharply it stung his jaws. He kept his eyes off Overmire's beef sandwich and Blaylock's spare bologna and cheese, forcing himself to think of something else.

The neatly mowed backyard where he'd ransacked the well. Pretty pink flowers blooming in a white enamel kettle sitting on a tree stump by the back door. The sound of a baby crying from inside the house. A clothesline with white sheets and white diapers and white dishtowels and enough blue denim britches that one pair wouldn't be missed, and a matching number of blue cambric shirts from which he'd nobly taken the one with a hole in the elbow. And a rainbow of towels, from which he'd selected green because somewhere in the recesses of his memory was a woman with green eyes who'd once been kind to him, making him forever prefer green over all other colors.

The green towel was wet now, wrapped around the Ball jar. He folded it aside, unscrewed the zinc lid, drank and forced himself not to grimace. The buttermilk was sickeningly sweet; even the wet towel hadn't managed to keep it cool.

With his head tilted back against the bole of the pine tree, Parker saw Overmire watching him with beady mustardseed eyes while stretching to his feet. The jar came down slowly. Equally as slowly, Parker backhanded his lips. Overmire strutted over and stopped beside Will's outstretched feet, his own widespread, firmly planted, his beefy fists akimbo.

Four days Will Parker had been here, only four this time, but he knew the look on the foreman's face as if the words had already been spoken.

"Parker?" Overmire said it loud, loud enough so all the others could hear.

Will went stiff, slow-motion like, bringing his back away from the tree and setting the fruit jar down by feel.

The foreman pushed back his straw hat, let his forehead wrinkle so all the men could see how there was nothing else he could do. "Thought you said you was from
Dallas
."

Will knew when to keep his mouth shut. He wiped all expression from his face and lifted his eyes to Overmire's, chewing a piece of sour apple.

"You sayin' that's where you're from?"

Will rolled to one buttock as if to rise. Overmire planted a boot on his crotch and pushed. Hard. "I'm talkin' to you, boy!" he snapped, then let his eyes rove over his underlings to make sure none of them missed this.

Parker flattened both palms against the earth at the sudden jolt of pain. "I been there," he answered stoically.

The strangling sense of subjugation rose like bile in Parker's throat. Familiar. Degrading. He felt the eyes of the men measuring him above their half-formed, prepotent grins. But he'd learned not to talk back to that tone of superiority, and especially not to the word "boy." He felt the cold sweat break out on his chest, the sense of helplessness at the term calculated to make one man look small, another powerful. With Overmire's boot exerting pressure, Will repressed the awful need to give vent to the loathing he felt, sealing himself in the cocoon of pretended indifference.

"They only put the tough ones in there, ain't that right, Parker?" Overmire pushed harder but Will refused to wince. Instead, he clamped a hand on the ankle, forcing the dusty boot aside. Without removing his eyes from the foreman, Will rose, picked up his battered Stetson, whacked it on his thigh and settled the brim low over his eyes.

Overmire chuckled, crossed his burly arms, and fixed the ex-convict with his beady eyes. "Word came down you killed a woman in a
whorehouse and you're fresh out for it. I don't think we want your kind around here where we got wives and daughters, do we fellows?" He let his eyes flick to the men briefly.

The fellows had quit rummaging through their lunch pails.

"Well, you got anything to say for yourself, boy?"

Will swallowed, felt the apple skin hitting bottom. "No, sir, except I got three and a half days' pay comin'."

"Three," Overmire corrected. "We don't count no half days around here.

Will worked a piece of apple peel between his front teeth. His jaw protruded and Harley Overmire balled his fists, getting ready. But Will only stared silently from beneath the brim of his sorry-looking cowboy hat. He didn't need to lower his eyes from Overmire's face to know what his fists looked like.

"Three," Will agreed quietly. But he hurled his apple core out beneath the pines with a fierceness that made the men start their rummaging again. Then he scooped up his towel-wrapped jar and followed Overmire into the office.

When he came back out the men were huddled around the time board. He passed among them, sealed within a bubble of dispassion, folding his nine dollars into his breast pocket, staring straight ahead, avoiding their self-righteous expressions.

"Hey, Parker," one of them called when he'd passed. "You might try the Widow Dinsmore's place. She's so hard up she'd probably even settle for a jailbird like you, ain't that right, boys?"

Jeering laughter followed, then a second voice. "Woman like that who'll put her card up in a sawmill's bound to take anything she can git."

And finally, a third voice. "You shoulda stepped a little harder on his balls, Harley, so the women around here could sleep better nights."

Thud Ridge by Jack Broughton
Secret Sins: A Callie Anson by Kate Charles
ADifferentKindOfCosplay by Lucy Felthouse
Northshore by Sheri S. Tepper
Forbidden (A New Adult Paranormal Romance) by Dawn Steele
Outside The Lines:: Third Person Narration by Bella Love
Lysistrata by Flora, Fletcher
The Finishing Touches by Browne, Hester
You Don't Have To Be Evil To Work Here, But It Helps by Tom Holt
High Couch of Silistra by Janet Morris