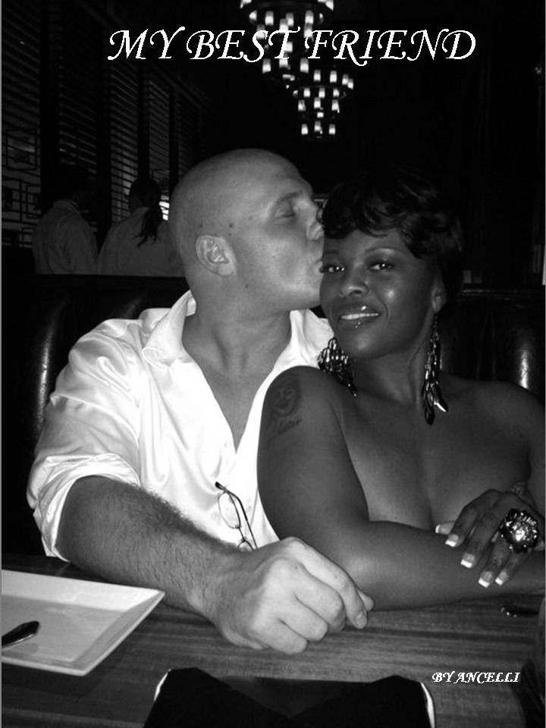 All rights reserved. No part of this publication may be reproduced, stored in retrieval system, copied in any form or by any means, electronic, mechanical, photocopying, recording or otherwise transmitted without written permission from the publisher.

Kay stared at the screen. The picture was a bit blurry, but the sound was loud and clear. Finally it was starting to be real to her; she was going to be a mother. She looked up at Jason and realized she could always count on him. Kay could see how amazed Jason was at what he saw. He didn’t quite seem able to put the shapes together, but the sound of the baby’s heartbeat had him mesmerized. He looked up at Kay wit
h his dreamy blue eyes and said,
“I can’t believe
you’re
going
to be a mom.” He smiled holding
her hand and kissed her smooth milk chocolate tummy. “Hi, little one,” he said with excitement.

The doctor began to explain where the
baby’s heart, lungs and spine w
ere on the screen and answered all the questions Kay and Jason had.

Kay and Jason had been best friends for almost four years. They’d met in their last year of college, and ever since, they’d learned to depend on each other. She knew she would always have Jason by her side. He’d been there with her through the good and bad. When he found out she was pregnant, he was upset with her but never turned his back on her. He went with her to all her doctor’s appointments when it should’ve been Tommy. She’d been trying to get in touch with her ex-boyfriend over the last two month. The last message she’d left him was about her first sonogram, but he never showed up.

Both Kay and Jason did well for themselves and were successful. Kay had worked hard for everything she’d ever had. She was a ruthless businesswoman, the only female Marketing Manager at B & Price Advertising Company. Jason came from a wealthy family but achieved everything on his own. He was a partner in the law firm of Wilson & Hughes, and he was one of their best attorneys.

The next day Kay called Tommy to let him know how the doctor’s appointment went, but still got no answer. She’d dated Tommy for about seven month before she found out she was pregnant. She’d known it was too soon to even try to start a family with someone she barely knew, but she was in love, or so she though
t
. All she could remember was what he’d said when she told him she was pregnant. Yes, she still pondered those words. He’d wanted her to have an abortion because he already had three kids and didn’t want another one. She thought about having an abortion many times, but with Jason’s help, decided against it. When she’d told him she decided to keep the baby, Tommy packed his things
he had at her house
and left.

Later on that day, Kay looked at herself in the mirror. She could finally see her little baby bump. She looked at her reflection, and what she saw was sadness.

Jason came in whil
e she was looking in the mirror.
Damn she’s beautiful.
Her skin was the color of smooth milk chocolate. Her curly brown hair was pulled up into a ponytail, and that short black strapless dress she was wearing showed off her curves in all the right places. She always took his breath away.
Damn she looks sexy in those high heels.

She looked at her reflection one more time
and was surprised to see Jason.
“How long have you been watching me?”

Jason looked at her and smiled. “Not long.”
Not long enough,
he thought. He couldn’t stop staring at her beautiful big brown eyes, full juicy lips, and that one dimple on her left cheek.

She turned and snapped.
“Just because I gave you a key to my house for emergencies doesn’t mean you can use it whenever you want.” As she was talki
ng to him
, he smiled and stared at her. She
stared
back
into
his dreamy blue eyes, but what she saw confused h
er, she thought she saw desire. S
he lowered her s
ight to his beautiful smile, and
couldn’t stop staring at his lips. Jason was a very attractive man. He was six feet tall with deeply tanned skin, dirty blond hair, and a very lean muscular body. She could see his muscles under the polo shirt. The blue color made his eyes sparkle even more, and her mouth watered seeing how hot he looked in those washed out jeans.
He looks hot
.
These damn hormones.
She scolded herself. H
er mind was playing tricks on her because she wasn’t attracted to him.

Jason walked closer to her, stretching
his hand
out
with the key pointed at her. “If you want your key back, you can have it. I’ve been knocking on your door for about five minutes with no answer, so I got worried about you.”

Kay looked at him and apologized for snapping. He put the key back into his pocket.

As they walked to his car, she
could smell
his cologne; it was driving her crazy. Jason, always a gentleman opened the passenger door for Kay.

“So
Kay, have
you heard from Tommy lately?”

She turned to face him. “No, not since I
told him I’m having the baby.”

“It’s going
to be hard raising a baby alone.”

He looked ahead towards the road. “You won’t be alone; you’ll have me.”

“It’s not the same
.
I just need to get Tommy to talk to me, so I
can explain why I choose to have
this baby,
”
s
he whispered.

Jason got tense. “You don’t have to explain anything. It’s your body, your baby and you don’t need him.”

They pulled up at the Columbian Cuisine to have dinner. Every Friday they came here to talk about everything that happened in the week. It had become their ritual.

He looked at her
.
“She’s doing great
, packing to go on a
business trip
.”

“So
what are you doing here with me? I
nstead of saying bye to your soon-to-b
e
- fiancée.”

He stopped smiling.
“Fiancée? Are you crazy? She’s just my girlfriend, and we’re nowhere close to getting married. We’re not that serious, and I’m here because it’s Friday. Friday is our day. I told her goodbye last night.” He winked at her. “If you know what I mean.”

She looked at him and felt a little jealousy by the comment but shook it off.

They got out of the car, and walked up to the restaurant. The hostess greeted them and led them to their seats.

The waitress strolled by. “Are you guys having the usual?
La Bandeja Paisa
and two Cokes?”

“Yes.”
Both of them answered

“Kay how was your week?” Jason asked.

“Same thing every day—morning sickness, nausea and work. I just started a new proj
e
ct; it’s for a cable company,
bu
t n
othing
really excited to tell. How was your week?”

“I won my case on Wednesday. Remember the one I was d
oing all that research on? M
y client
was fired
unfairly, but it’s over now, so I guess I had a great week.”

The waitress came back with their drinks
, set them on the table
.
“Your food will be out soon.” She excused herself and went to the other booth.

Kay looked at him. “I don’t remember if I’ve told you lately. Thank you for coming with me to my appointments.”

“Any time. I’m starting to enjoy going with you to those appointments. I couldn’t really see the baby on the screen, but the sound of the heartbeat was awesome.”

She started giggl
ing. “The doctor asked me something really funny.”

“If you were the baby
’s father,” she answered laughing
.

“Why was that so funny?”

She started to giggle, but by that time, Jason was already annoyed.
What was wrong with the doctor thinking that?

She stopped laughing.
“What’s wrong, Jason? Why the long face?”

“I just didn’t find that question funny. He assumed that I was the father because for the last three appointments I’ve been the one there with you, not fucking Tommy,” he said. He didn’t understand why he was getting so worked up over her comment. “I’m sorry
for my outburst. It’s just
it makes me mad that Tommy would leave you now.”

The waitress came back wi
th their food, set
t
ing it on the table
.
“Enjoy.”

She squeezed his hand. “Don’t worry. I guess I’m not the only one with hormonal problems.” As soon as her hand touched his, she felt a tiny shock of electricity.
That’s never happened before,
she thought
, l
et
ting
go of his hand and started eating.

She could tell he
felt
ed
it too
; by the way he looked back at her when she released his hand. They smiled at each other,
enjoyed their dinner
,
and talk
ed
about the
ir week
.

After dinner, they pulled up to Aqua Nightclub. They di
dn’t really do nightclubs, but her friend had invited her, and
Kay knew that soon she wouldn’t be able to go clubbing so she convinced J
ason to tag along with her. She
entered the club
with Jason following right behind her
and started looking for John and Amy. John was a good friend, and colleague of Jason. He was a
handsome, six feet tall,
black hair with green eyes. He
was dating Kay’s co-worker, Amy. She was a medium built, five six, brunette with light brown eyes. They’d met at Jason’s celebration
party when he made partner. He spotted them, grabbed Kay’s hand and started walking towards where they sat,
next to the dance floor. Jason
let go of
her
hand and shook John’s.
“Hi
man, how are you doing?”

John answered.
“Great, just enjoying the view,” h
e looked over at Amy and took a drink of his vodka.

How to Paint a Dead Man by Sarah Hall
The Volcano That Changed The World by James W. Mercer
Billy Hooten by Tom Sniegoski
Nauti Dreams by Lora Leigh
Sham Rock by Ralph McInerny
Little Birds by Anais Nin
Hotter Than Hell by Kim Harrison, Martin H. Greenberg
The Education of Portia by Lesley-Anne McLeod
Bliss, Remembered by Deford, Frank
How to Run with a Naked Werewolf by Harper, Molly