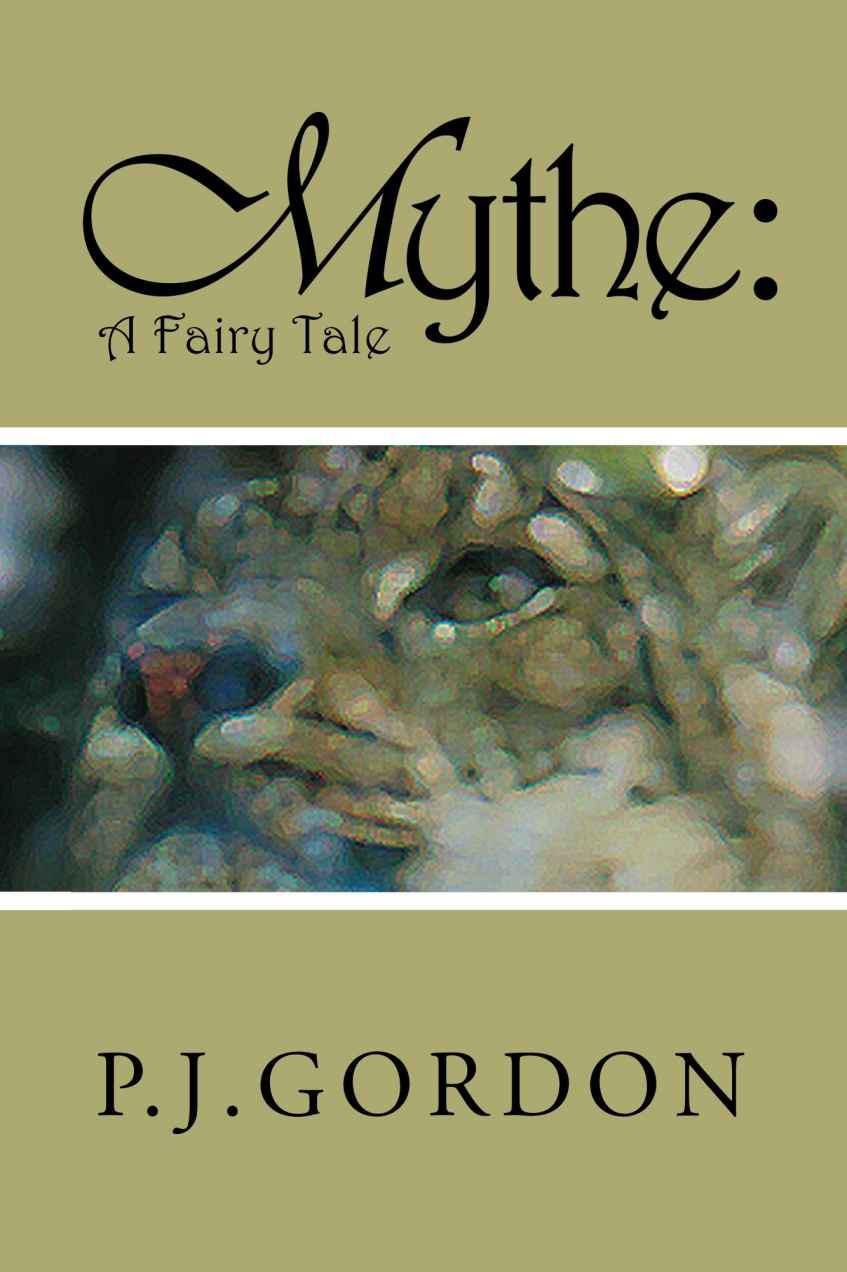 When wunderkind graphic designer Amanda Jensen is asked to work with brothers Richard and Joshua Raines, she’s both thrilled and nervous. After all, the two men are like a pair of Prince Charmings ripped from the pages of a fairy tale—rich, famous, and handsome—while she has always been the terminally uncool overachiever. But her new clients are much more than the two-dimensional sex-symbols that most people see, and Manda’s real-life fairy tale veers sharply into the surreal when Manda discovers that her new clients are also much more than human. Manda never expected to find herself tangled in their life of secrecy, lived under the constant glare of the media spotlight. She certainly never expected to fall in love with one of the brothers, or suspected that Happily Ever After would be so hard to come by. She also never suspected that she would lose her life, but Manda had forgotten one fundamental truth: Fairy tales always have a dark side.

All rights reserved. Except as allowed under the U.S. Copyright Act of 1976, no part of this publication may be reproduced or transmitted in any way, without the prior written permission of the author.

The characters and events portrayed in this book are fictitious.
Any similarity to real persons, living or dead, is coincidental and not intended by the author.

To my family, who inspire me every day.

J
osh had a feeling that something was going to happen. He just wasn’t sure if it would be something very good or something very bad. He only knew that their carefully constructed life was about to change. He’d suspected it the moment his brother had laid eyes on the girl.

Josh had tried to run interference, as he usually did whenever a woman looked at Richard in that one particular way, but it hadn’t worked. Not that Manda had thrown herself at him. In this case it had been the way
Richard
had looked at
her
that had put Josh on alert and caused him to turn on the charm. If he could redirect her interest away from Richard and toward himself, things would be simpler for everyone—and Richard wouldn’t have to deal with the guilt again.

Josh’s older brother had misstepped before, but only once that Josh remembered. That slip, and the ones before, still haunted Richard. That was why he avoided women. It wasn’t that he didn’t like them—quite the contrary—but he refused to put them in danger.

Richard seemed to be breaking his own rules with this girl though. When she’d announced that she was going downstairs to pick up their dinner, Josh had already been headed for the door to help her when Richard volunteered to go. He’d walked out with her just a few moments ago, leaving Josh standing alone in the conference room in a state of confusion and concern. This was untrodden ground for Josh. He’d never seen Richard volunteer to be alone with any woman who was even vaguely attractive and available. Yet Manda was more than vaguely attractive. She was very beautiful…and quite likeable. It wouldn’t upset him at all if she fell for his diversionary flirtation. Okay, she was a bit quiet for his taste, but she hadn’t been giddy and star struck either, so that was a mark in her favor.

Outgoing and gregarious, Josh was an anomaly in a family that had a lot to hide. The rest of the family was private, even secretive. It was natural, he supposed. It was drilled into their heads from childhood.
Keep a low profile. Don’t draw attention to yourself.
Josh, however, hadn’t really absorbed that particular lesson. He was the black sheep, never shying away from the spotlight. Hey, it had worked out pretty well for him so far.

David walked in, interrupting Josh’s introspection. Josh liked the designer. He sensed a kindred spirit there and hoped they would get the chance to be friends. He liked Manda too. Maybe they could be friends as well…maybe, if nothing happened. He still had the feeling that something
was
going to happen though, and the greater likelihood was that it would be a bad something rather than a good something.

R
ichard walked through the glass doors into the airy office space with his brother one step behind him. When the receptionist, a smiling older woman, looked up from behind her curved, pale wood desk, her casual glance toward the visitors transformed into a wide-eyed stare. She stammered “They’re here” into the headset she wore and fumbled with a button on the phone console before gathering herself enough to greet them with a faint “Good afternoon.”

“Good afternoon,” Richard smiled down at her. “My name is Richard Raines, and this is my brother Joshua. We have a three o’clock meeting with Curtis Aronson.”

“Yes, of course you are...um...of course you do,” the flustered receptionist stammered. “Please have a seat. Someone will be right with you.”

She made a fluttering gesture toward a seating area to her left. Richard turned toward one of the armchairs. He didn’t mind waiting, but didn’t expect to be left there long. It had been his experience that people didn’t tend to leave him unattended for any length of time. He couldn’t remember the last time he’d been left sitting in a waiting room to flip through magazines or just watch the other waiting people. Funny how you could miss such small, normal things like that.

“I’ll walk them back, Lena. No problem.”

A young, female voice brought Richard up short before he reached the armchair. Just as he’d thought, he wouldn’t be waiting at all. Josh, who was already half-seated on one end of the sofa, straightened back up and both men turned in the direction of the voice.

Richard was startled. The girl who had just spoken was pretty—beautiful actually—but Richard was used to attractive women. He was often surrounded by stunningly beautiful women—women who were all too often maneuvering to secure a place on his arm, or in his bed. Of course it was what he did, not who he was, that interested them. He’d gained quite a reputation for his handling of such women. He pushed that train of thought away. This girl was more than pretty, with even features, high cheekbones, and an expressive mouth. Her wide eyes were the dark, blue-gray color of a thundercloud and they sparkled with humor and intelligence. They met his gaze directly and without faltering. It was her eyes that startled him, guileless yet unexpectedly and disconcertingly perceptive—too perceptive for the young face they stared out of.

“I can take you back to the conference room,” the girl offered. “Curt’s already there.” She turned her eyes away, suddenly self conscious, and offered Josh a friendly smile.

“Thank you. That would be perfect,” Josh said, returning her smile with his most winning grin. Yes, Josh would like her.

“This way then,” she directed and gestured behind herself. She led them away from the still-flustered receptionist, tossing a quick “Thanks Lena!” over her shoulder as she went.

She walked slightly ahead of the two men, half looking back over her shoulder at them. The soft sound of her footfalls on the thick carpet mingled with the low ambient noises of the office.

“I don’t think I’ve ever seen Lena quite so out of sorts,” she said in an amused undertone. “She’s usually so composed and unflappable!” She laughed, a quick, quiet laugh. “But you’re probably both used to it.”

“You could say that,” Josh agreed, still grinning at her.

“The conference room is right here,” she said, opening a large door that was paneled with the same light wood as the reception desk. She led the way into the room and then stepped to one side, allowing them the full impact of the view before them.

The conference room occupied a corner of the top floor of a 40-story building in downtown Denver. Glass walls circled all four sides of the room; the two interior walls were constructed of frosted panels inset in deep frames of the pale wood, while the two exterior walls were each made up of one thick pane of lightly tinted glass stretching from floor to ceiling. These two expansive windows offered a panoramic view of the Rocky Mountains. The large glass conference table in the center of the room, surrounded by eight padded leather swivel chairs, did nothing to distract from the impressive vista.

“The mountains are beautiful today, aren’t they?” The girl commented before turning to a balding, gray-haired man in a business suit who had been seated at one end of the table with a laptop computer open in front of him. “Curt, Richard and Joshua Raines are here.”

The man had stood up when they entered and he walked around the table with his hand extended toward them.

“Hi, I’m Curt Aronson. It’s a pleasure to finally meet you in person. I’m glad you could make it. Thank you again for allowing us to help with this. My team is looking forward to working with you.” He shook each of their hands firmly. “We’re just waiting for a couple of people before we get started. They’re on their way up now. Please, sit down.”

Richard gave himself a quick mental shake. He’d been somewhat distracted by the picture that the girl with the storm-blue eyes made in front of the picture-postcard mountains. Thankfully, Josh spoke up before his distraction was evident.

“The pleasure is all ours. We’re excited to work with you, too. We’ve heard great things about your team.”

As Josh spoke, Curt slid back into his chair at the head of the table. Richard glanced at the girl, waiting for her to sit. When she moved toward the door instead he took a seat at the table, with Curt to his right. Josh claimed the chair to Richard’s left.

Would the girl be staying for the meeting, he wondered? Who was she? He noticed Josh watching her with decided interest. His younger brother was as accustomed to the attention of the opposite sex as he was, but was much more susceptible to the attractions of beautiful young women. And this girl was very appealing, Richard had to admit. If she was going to stay, Josh was going to be distracted. Richard grudgingly acknowledged that he himself was already distracted. Those eyes! They were disconcerting.
You’re being ridiculous
,
he thought to himself.
There’s nothing about this little girl of any interest to you! She’s just a pretty child. Focus!

“Can I bring you something to drink?” she asked, intruding upon his silent self-reproach. “Coffee, tea, a soft drink, water?”

“Water would be fine. Thank you,” Richard responded with a polite smile.

“For me, too. Thanks,” Josh agreed, but his smile was much warmer.

Was she some sort of assistant or intern? She didn’t seem to have claimed a seat at the table and she was certainly too young to be anyone of rank or standing in as prestigious a public relations firm as Aronson & Associates. She couldn’t be more than 20 or 21—no older than Josh.

“No problem,” she said from the doorway. “I’ll bring some for everyone. Be right back.”

Until We Reach Home by Lynn Austin
Sleeping Angel (Ravenwood Series) by Mia James
The Sportswriter by Ford, Richard
Marea estelar by David Brin
Kingdoms of the Night (The Far Kingdoms) by Allan Cole, Chris Bunch
Death of a Wolfman (A Lily Gayle Lambert Mystery Book 1) by Susan Boles
The Valkyrie's Guardian by Moriah Densley
The Job by Claire Adams
The Lost Dog by Michelle de Kretser
Cain by José Saramago