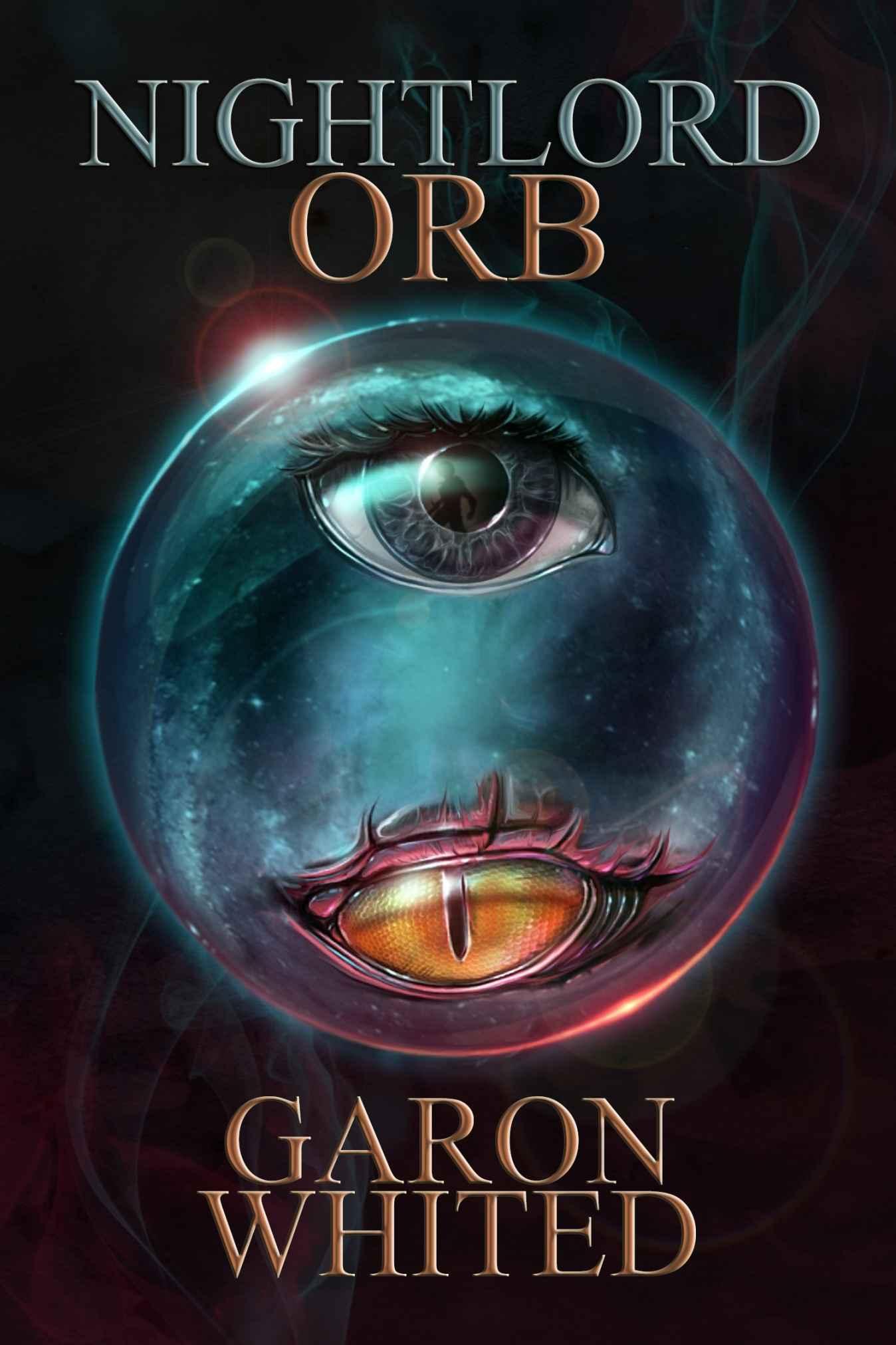 This is a work of fiction. Names, characters, places and incidents either are the product of the author’s imagination or are used fictitiously, and any resemblance to any actual persons, living or dead, events, or locales is entirely coincidental.

Other Books by Garon Whited:

Men judge generally more by the eye than by the hand, for everyone can see and few can feel. Every one sees what you appear to be, few really know what you are.

Why am I telling you this?

Because someone should know, and I don’t count.

I lie about as much as anyone, I suppose, but I am especially talented at the lies I tell myself.  If you have paid attention, you have doubtless seen many examples.

Yet, buried in the lies I tell—thinking them facts—perhaps there are some fragments, some shards of that most elusive of all treasures, the Truth.  Enough, perhaps, for a clever mind to sift them from the dross of my thoughts and assemble them, piecewise, into something that might pass for objective reality.  But only if the lights are kept dim and no one tries to touch it.

Is the truth whatever we believe?  In a limited sense, belief can define truth.

What I believe may also be discovered, although any relationship to truth is questionable.  I have a nasty habit of being wrong.

As for any other bits of broken truth, shattered dream, gems of wisdom, or worthless drivel you may find, please remember that, for whatever reason, some force in your universe chose you to be the reader of this diary.  You were selected to be a home for the memories that make up who I am.  If I am gone, you are the place where I may yet remain, living on in your thoughts and feelings.  I hope I am not too inconvenient a guest.

I often wonder about immortality.  It has been said a person lives for as long as a memory remains.  In a blind, mechanistic, uncaring universe, we live only as long as someone remembers us.  But I have seen universes that seem to live and breathe with a strange sort of vitality—neither blind nor uncaring.  There, every soul is as immortal as the world itself, for such a world remembers even when men forget.

Undead or no, I find that oddly comforting.  Something will remember me even after my inevitable demise.  After all, everything must end.  Even a story.

Although… perhaps not today.

It feels weird to be inside my own head like this.  I—if I may use the pronoun—“I” feel weird.  I feel disjointed, dissociated, fragmented… as though I am a puzzle, trying to assemble myself.  There are pieces missing and no box top to guide me.  I know who I am and how I got here, but there’s something more, somewhere, and I’m not sure what it is.

It’s hard to concentrate on abstract concepts when I’ve got running to do.

On the other hand, I’ve given a lot of thought to the word, “basement.”  “Base,” as in the foundation, and “ment,” as in “mental.”  The mental foundation.  The foundation of the mind.  That is obviously not the real derivation of the world, but it’s oddly appropriate at the moment.

Mine’s full of garbage and unpleasant Things.  I should know.  I’m stuck down here.

Lopsided and gutted buildings give the landscape a drunken look as they lean at odd, uncertain angles.  They seem distorted, somehow, making perspective a subjective thing and given to rapid, unpredictable changes.  Small fires burn fitfully, throwing patches of light and shadow into dancing alleys of not-quite-there surreality.  Smells of smoke and decay drift through the darkness like ghosts of old memories drawn from under houses and forgotten cellars.  Bits of broken things—lost toys, old cars, fractured dreams—litter the cracked and sunken streets.  A stream of something dark and acrid slops, gutter-like, down the middle of a ruined street.  The occasional ripples have nothing to do with anything on the surface.

I like my study much better.  This place is a nightmare.

Yes.  A nightmare.  How apt.  Where else do nightmares come from, if not from this rusted, blasted place, a rotted slice of lukewarm Hell?

Of course, no Hell is complete without the damned.  I’ve seen little things emerge from cracks and crevices, some as small as scuttling beetles, some as large as rats.  They come out by the hundreds, perhaps by the thousands, wherever I pass, following me, licking at the bloody prints of my bare and bloodied feet.

I don’t dare glance back.  I can hear the skittering and pattering of tiny feet and tiny claws, sometimes hear the lapping and slurping as they lick at my bloody footprints.  That is more than sufficient.  I don’t want to see them.

I don’t want to see the ghostly, nebulous figure of an unborn baby boy, either.  But it’s there, hauntingly present, always behind me, following me like a balloon.  Sometimes I can lose it, temporarily, but it always finds its way to me.  Whenever I think I’ve lost it for good, it floats up behind me and makes a gurgling wail, a skin-crawling, nerve-wracking sound, and attracts scuttling things.

Other apparitions actively chase me as I run naked through the ruins.  There’s a man, for example.  He’s a little taller than me, a little more broad-shouldered.  He looks like me, but with a more chiseled jaw, and eyes that flash with charm and humor.  He’s immaculate.  He smiles at me, always understanding how I’ve failed to live up to my potential.  He’s perfect—so perfect, he magnanimously forgives me for being a failure by comparison.  And yet, he won’t leave me alone, either

Another problematic figure is the fiery lady.  A giant made of bloody flames, she laughs as she stomps after me, leaving footprints full of sullen, greasy fire.  She carries the remains of a child in her left hand and occasionally pulls pieces from the charred corpse to eat them, crunchingly.  She’s not fast; she can’t catch me.  She shows up unexpectedly, like an incendiary bomb, and always when I least expect it.  Then I have to run from her as fast as I can.  She’s too powerful to face.

And then there are the harpies, swooping down whenever they find me, defecating and shrieking.  Their bodies and faces are familiar, but twisted—cruel, angry, evil versions of the women I love.  They dive at me, screaming epithets, accusations, remonstrations, blame.  Sasha screams about how I am unworthy; Shada demands to know why I didn’t save her; Tort always shrieks the question of why couldn’t I love her.  As they dive, sometimes one or another will swipe at me with slimy talons, forcing me to duck, driving me to the ground.

I am filthy, covered in the muck and grime of a lifetime of regrets, anxieties, fears… What are the deadly sins?  Avaritia, gula, ira, invidia, superbia, vanagloria… have I forgotten some?  Surely I have.  But whether I
remember
their names or not, they’re
here
.  Oh, yes; they lurk around every corner, spring forth from every shadow, and wear my most terrible memories like masks made from the skins of corpses.

Nothing will let me sleep.  Even when I slip down narrow alleys, shake whatever pursues me at the moment, endure the burning of the foul waters on my bloodied feet, and leave no tracks to a hiding-place, I can only rest.  There is no sleep in nightmare.

Then something finds me again and I run.  It’s hard to stay hidden for long.  Some of the things in the depths of my mind never come out into the light.  They lurk in the darkness inside gutted buildings, scrabble in the deeper shade between a wall and a leaning billboard.  And they watch.  Always, they watch, with eyes that reflect the guttering fires with a sickly, yellow gleam.

Freud was wrong.  Perhaps he would say I am a dethroned Superego trapped in a dream of the Ego and the Id.  It’s not that simple.  If there were only three of us, I might reach some sort of accommodation, some sort of balance or agreement.  I have a million adversaries hunting me and haunting me, all spread through the landscape of my forgotten unconscious, all wanting to punish me for creating them, or for allowing them to be created.

Perhaps I’m the one who’s wrong.  Maybe they want more time, a greater sense of self and self-control, of independence.  I don’t know.  They may be parts of my mind, pieces of me and my thoughts—those little voices that urge me to do or think things I choose not to do.  If so, I still don’t understand them.

“Know thyself” has taken on a whole new meaning.

Got to run; my demons are catching up to me.

Goodness, but I ask tough questions.

If I’m mad, what am I running for?  If I’m sane, I certainly know what I’m running
from
.

Wait.  Back up.  If I’m sane, what
am
I running from?  A sane man, almost by definition, understands his own mental problems and overcomes them.  Well, maybe he doesn’t
understand
them, but he’s aware of them and deals with them.  I mean, I know I’m a self-centered, insecure, self-righteous jerk.  I have problems with expressing how I feel and I tend to be somewhat reactionary.  I also have a badly distorted self-image, which pretty much assures that I don’t know what I’m talking about when I talk about myself.  There’s a nice paradox.  There are a hundred other things which might be regarded as part and parcel of a deeply flawed character, none of which I care to address.  How many have
you
got?

Is that my trouble?  Is running through the darkened wastelands of my mind a metaphor for denial?  Ask me again when I feel like facing my fears.

Another question.  How long can I keep running?  If I am avoiding facing my darker aspects—a not-unreasonable course, I think, if the Black Copy is still empowering them—how long will that work?  And am I getting anything out of it?

I suspect my darker self isn’t paying me much attention.  The trapdoor hasn’t opened, at least not that I’ve noticed.  The original mob that seized me and dragged me down dispersed once the door slammed shut.  I don’t know if that cut off his influence or if he lost interest, and that’s a serious point in any plans I might make.

Besides, there are other things demanding his attention.  He’s got an immortal body to play with and a kingdom to rule.

Suddenly, I’m in a hurry.  I have to do something about this besides bide my time.  My granddaughter—and a lot of other people, yes, fine; she’s the one who inspired my sudden hurry—is out there in the world and thinks I’m still driving my body. That thing is driving my body around and
nobody
knows it!  He’s all the things that make me a monster, but amplified and with all restraint removed.

I don’t want him anywhere near
anybody
I love.

I have to get out of here.

No, I put that badly.

I’m
getting
out of here.

Deeper (The Deeper Chronicles #1) by Allyn Lesley
The Dream-Maker's Magic by Sharon Shinn
Drone by Mike Maden
Kit's Law by Donna Morrissey
Wishes in Her Eyes by D.L. Uhlrich
The Mapmaker and the Ghost by Sarvenaz Tash
Covenant With the Vampire by Jeanne Kalogridis
No Marriage of Convenience by Elizabeth Boyle
Separate Lives by Kathryn Flett
Pleasantly Dead by Alguire, Judith