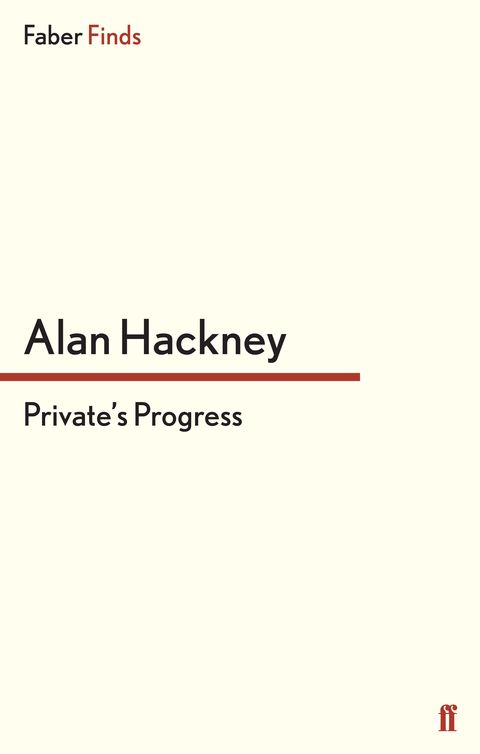 PART ONE
CHAPTER ONE

“W
ELL
,”
SAID THE
Warden of Apocalypse with a vague geniality, “good-bye, Wilson.”

He extended a brisk hand.

The college library was fuller than usual. It was the Warden’s Collection. In patches of sunlight the tail-end of an alphabet of undergraduates stood about in groups, waiting to be called. Here were the flushed and energetic rowing-men, discussing their bumps and their Toggers in interminable undertones. A few beaglers and horsey folk gazed with frank curiosity at the books on the shelves. The occasional contemplatives, alone, in sandals, and blinking with defiant purpose, mixed indifferently with the remains of the main body, an amorphous, unremarkable category, its members almost indistinguishable from one another in retrospect. Among them, unnoticeable, Stanley had been waiting.

It was almost lunch-time.

Stanley murmured his thanks.

“Wootton!” boomed the Dean in summons, and yet another unremarkable undergraduate came forward.

Stanley made his way, enervated by the bland Oxford sun, across the grey quadrangle to his rooms. As it was wartime he had to share them with a
well-meaning
young man called Arthur Egan, who wore blue suits, and who had come up, like Stanley, in 1942, but with a scholarship, from a northern grammar school.

For the past year Egan and he had lived here—Egan conscientious with his law books, Stanley reading his unadventurous English, neither breaking his tutor’s heart nor firing him with the slightest interest, but producing a reasonably competent weekly essay and listening politely to his comments. Sometimes his tutor could hardly remember whether he had taken him or not.

The rooms were almost exactly the same now as when they had first come into them. Egan was
economical
by nature and had introduced no new
embellishments
apart from a black-encased microscope on top of the bookcases and a portable radio. Stanley had always been meaning to bring some pictures from home but had somehow overlooked them each term. They both knew that they would be interrupted after a year and called up, and had let matters slide. Neither of them had apparently gained in stature from their
room-sharing
, unlike two hefty classical scholars in the rooms above on Stanley’s staircase, known to fall to wrestling when book-learning palled. Sudden rumbles from
upstairs
would mark the opening of such a bout, as one scholar seized the other in a crafty half-nelson.
Occasionally
a yell in the Billy Bunter tradition would shake the windows of the quadrangle. After five minutes,
panting and refreshed, they would return to their books.

Relations in the room below were more sober.

Egan was sitting on the table. Although he was wearing his Senior Training Corps uniform, he
somehow
managed to convey the impression of a blue-striped collar.

“I’ll be off in a minute,” he said, closing a book of Stanley’s. “It always means waiting around tea-time at Bletchley, any road. You’re not packed yet, I notice.”

“No,” said Stanley. “I think I’ll get Nobby started on it after lunch. It seems a pity, all this.”

“Well, frankly,” said Egan, “I quite welcome it. Army? What’s the Army? Why, we’ve had the basic stuff, training, here already in the S.T.C. Six weeks in the ranks, OCTU, nice commission, off to see life, and back to Oxford again after.”

“I suppose so,” said Stanley uncertainly.

He crossed to the open window and looked out into the quad.

The gardener was poking at the geraniums in the next window-box. A trickle of undergraduates were going across to the Hall for lunch, with little white jugs to collect their milk ration from the Buttery. Pigeons cooed on a pediment above.

“Should you carry a greatcoat, d’you fancy?” asked Egan, anxious to be correct. “Or wear it, with it this hot?”

“I should imagine, carry it.”

He put on the coat and went. It was a little long and creased.

Stanley sat down at the window and watched the gardener fiddling with the plants. He was an old man and wore an antique hat, with vent-holes as large as halfpennies scattered over its surface. Occasionally he removed the hat and rubbed the perfectly bald head underneath. Stanley gazed absently at him till the trickle of undergraduates came back with their jugs full. Lunch was over.

Stanley’s scout stood at the staircase entrance as he left.

“Good-bye, sir,” he said. “You haven’t forgotten your umbrella this time, have you?”

“No, Nobby, thank you,” said Stanley.

“Yes, he is,” said Stanley. “There are quite a lot altogether.”

“Good-bye, sir. Remember me to your father.”

Nobby watched the small uncertain figure recede through the archway.

He looked up at the pigeons.

Near the station Stanley remembered his umbrella and went back for it. By the time he had reached the station again the first of the series of local trains that took him home each term over the Cotswolds had left, and he hung about an hour for the next one. It was after seven when he got out of Wetherall’s taxi in front of the solid stone house where his father had lived the life of a literary recluse since his wife’s death in Stanley’s first year of infancy. Since Stanley’s elder sister Catherine’s departure in 1940 into the Land Army Mr. Windrush had been quite alone, except for the
omnipotent
Miss Canning, his housekeeper, formerly governess to the children, and suspected, unjustly, by the entire village, of being his mistress. Miss Canning’s parents had christened her Letitia, but she had always been Sarah to the family. She gave an impression of vigilance though, inexplicably, not of rectitude, resembling more a widow than the spinster she undoubtedly was; and a certain gentility, combined with this impression, was sufficient for the village to link her name intimately with that of her in fact virtuous employer.

Of this gossip she knew nothing: the village woman who came daily for the more vigorous work was taciturn and uncommunicative.

Sarah heard the taxi on the gravel and opened the door to Stanley.

She greeted him unemotionally.

Stanley hung up his umbrella and made his way to his father’s door.

His father was at his desk.

“Hullo,” said Mr. Windrush, pushing his glasses up onto his forehead. “Did you find your way?”

Mr. Windrush was convinced that people needed constant guidance when travelling. His desk contained several years’ volumes of Bradshaw, and the ABC; bus time-tables entirely filled one drawer, and a London Underground map was pinned neatly to the wall at his side. When visitors were going he would present them with full written instructions for their journey, with alternative routes and timings, and his own rare trips (on which he always ended by taking the same train) were planned in detail beforehand like a military operation.

“Connections all right?” asked his father. “Good, splendid. Well, now, listen to this.”

He picked up a sheet from his desk and in a precise voice read:

“‘When I was a nipper about six-months-old

My mother and my father too,

They didn’t know what to wean me on,

They were in a dreadful stew.’

Significant. You recognise it?”

“I’m afraid not,” said Stanley. For three years now his father had been engaged in writing a monograph on music-hall songs. Material had been amassed, whenever possible, from sources in close touch with the halls. Mr. Windrush had spent several periods of up to six weeks in London, staying at Brown’s, and going forth daily to
Kilburn or Brentford Market, pestering costers and old men in public bars for new lyrics.

“It’s the verse as opposed to the chorus,” said Mr. Windrush, “of ‘Boiled Beef and Carrots’. Harry
Champion
. You don’t often hear the verse. It goes on:

I
said,
“
Take
me
down
to
the
old
cook
shop

Then the chorus, of course: ‘Give me boiled beef’ and so forth. Have you eaten, by the way?”

“You must eat alone, I’m afraid,” said his father. “I shall be rather busy with all this. I’m glad to see you seem to have put on some weight.”

“Nobby wished to be remembered to you,” said Stanley.

“Clark drinks too much,” observed his father mildly. “Half my port when he got a chance. When do the Army want you to go to Gravestone?”

“I’ll get you a route out,” said his father, making a note of it. “Remember there are two ways from
Paddington
to Victoria. If you go by Bakerloo you’ll have to change, of course, and you may not gain anything. What time must you be there? Three? Lunch in Town, then. I would certainly strongly advise that.”

Mr. Windrush was given to strong advice of this sort. No guest of his could long avoid being strongly advised about certain elementary procedures. Before a
projected day’s outing they were strongly advised to take breakfast. If they faced a journey of six or seven hours he would urge them to eat a meal on the way. In the hall before they went he would strongly advise them to call upstairs before leaving.

The effect of this was that visitors, with few
exceptions
, stayed away, and Mr. Windrush found his life almost entirely undisturbed by callers. The vicar, a sensitive man, had last called several winters previously, on his being appointed; but after being urged, in the course of a short visit, to wear two layers of wool, to take a fourth cup of tea for the sake of his kidneys, to call upstairs, and to gargle while up there if he had not already done so that day, he had not called again. Mr. Windrush was, as always, quite unconscious of having bored or given offence, and put down the vicar’s not calling to a certain eccentricity.

“That fellow Stilton,” he had confided to an
archaeologist
down to look at the dolmen. “Most odd. Never see him from one year’s end to another. Last week I actually saw him dismount from his bicycle and cycle off the other way when I was coming.”

The archaeologist, however, had found in Mr. Stilton an over-enthusiastic and rather embarrassing digger, who had discovered an obviously Victorian horse-brass at a depth of four feet, whereas he himself had
discovered
nothing. In spite of this, after being told daily for a week that he would be very well advised to have an anti-tetanus injection in view of his constant dangerous contact with the soil, the archaeologist (a convinced atheist) had found an excuse, in its being nearer the site, to move into Mr. Stilton’s vicarage.

“Well,” said Stanley’s father. “I really must get on with my commentary.”

Stanley spent the next three weeks reading.
Sometimes
he went to a cinema in Cheltenham, but the town was full of Servicemen, and he was usually back well before blackout.

His father rarely appeared. Once he presented Stanley with an itinerary for his journey, strongly advising him to send any heavy luggage in advance.

He wrote to his sister Catherine, who had some time previously deserted the Land Army to marry a
reasonably
successful artist in Sussex. Here they had almost immediately been surrounded by a network of troops and had transferred to London. Her husband Philip had spent much time on predominantly grey canvases in the Tube shelters, with sleepless blanketed figures peering over his shoulder as he worked.

Lunch with us. It will be bloody, but charming to see you. You must meet Nita. May rise to Spam.

In the same post was a railway warrant and a movement order:

“You
will
proceed
to
628
Primary
Training
Centre
,
The
Barracks
,
GRAVESTONE
,
on
Thursday
,
26
th
July
,
arriving
NOT
later
than
1500
hrs
.
Uniform
and
all
equipment
issued
to
date
will
be
taken.
You
will
report
to
the
Guard-Room
on
arrival
.”