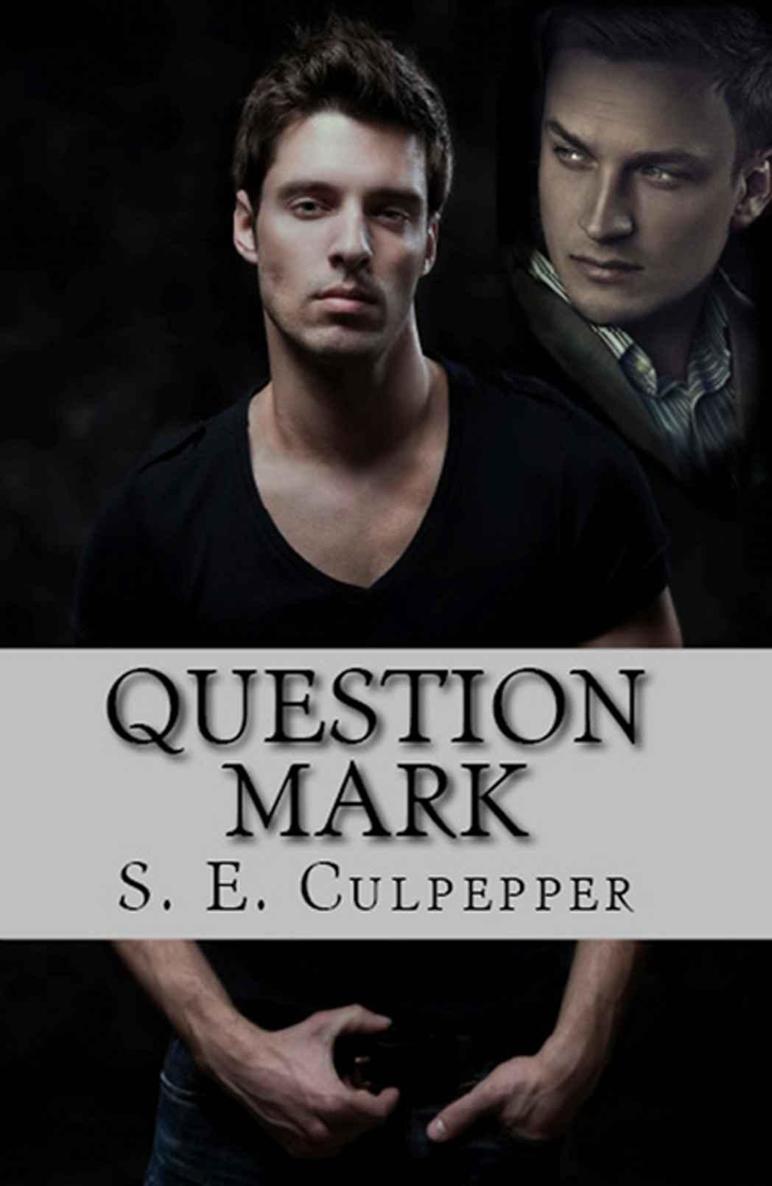 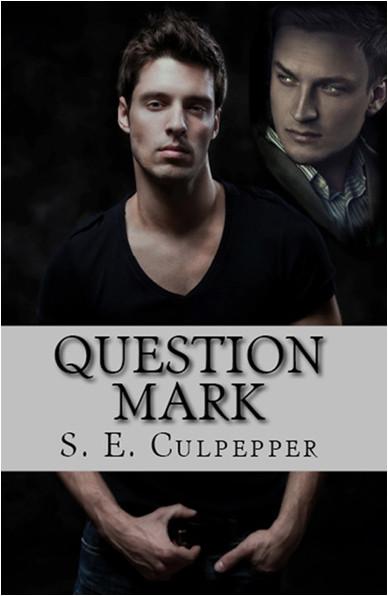 To my little sister, Sam. You are brave, kind, and true. The best kind of person in this world. There aren’t words that fit who you are to me, so…LOVE.

Without the encouragement and support of friends when I’m feeling bogged down, I wouldn’t be able to write. So, thank you, Dale, my dear friend. Without you this book wouldn’t exist. Much love.

OTHER TITLES BY THIS AUTHOR

Mark Newland slipped away from the hospital room quietly, a guilty weight on his chest and his stomach churning, hollow and expectant. Puking was a distinct possibility. All he could see was the way his ex-boyfriend, Rafe, had looked past him and into the eyes of his new guy, Jeremy. It was like Mark wasn’t even in the room anymore. He knew that Rafe felt bad about everything that happened between them, but Mark really thought they had a chance together this time. Turned out that once again, he’d gotten it all wrong. Making poor choices was his gift.

How many years had he been chasing after this guy? How many people had he hurt or turned away trying to get closer to Rafe who never felt the same way about him? They lived together for a year and this was the way things ended? It was a blow not only to Mark’s ego but to what was left of his romantic nature. It really truly
sucked
. Mark was walking away for the last time, conceding the victory, and it was more ball shriveling than he would’ve thought. Plus, the conversation that was supposed to provide some damned closure hadn’t actually provided any at all—for Mark at least. Rafe probably forgot about him the second he left the room with that blond around.

A sudden surge of pressure in Mark’s throat made him realize how close he was to making a complete fool of himself. His imagination rushed to carry out his ruin: The nurses would find him closed up in a supply closet, hugging bed linens and whimpering mournfully. If Mark managed to avoid sobbing, then it would only take a couple more blurry-edged memories before he’d be sulking behind the steering wheel of his Ford and listening to
Def Leppard
. The perfect way to cap off the evening.

“Bringin’ on the heartbreak…”

Mark swallowed down the lump in his throat and sneaked past the nurses station. Visiting hours were over and he didn’t feel up to a lecture from whomever owned the squeaky shoes he kept hearing in the halls. He had to come visit though. There was no way he could hear about what happened to Rafe today and not make sure his ex was okay. Hostage situations with gunfire, deaths, and serious injuries didn’t qualify as a
no-news-is-good-news
situation. He had to see that Rafe was going to make it with his own eyes.

Plus he was a sucker for punishment. A bitter queen looking for a fix.

Mark found out just how good Rafe was when he ran into Halliday outside the hospital room, and then again when he gathered the courage to go in the room and check on him. There was no mistaking the look in Rafe’s eyes. He was head over ass in love and Mark wasn’t the object of his affection.

Funny. It was weird to see his own testicles on a platter like that.
Bing! Order up!

Even after a year and a half of wishing, aching, praying, and fighting tooth and nail for a relationship, Mark was listening to whispered good-byes. All a part of the royal kiss-off.

What was he supposed to do now?

Mark was seriously considering the benefits of wallowing; really rolling around in the disappointment for a few days. He’d call in sick and become best buddies with his couch cushions. But in the end, all that got him was a chafed ass and an emotional hangover that he could do without.

He could go on like a good soldier, or he could
get it on
with a good soldier—that might numb the pain for a night or two—yet he’d realized that all these months of chasing an “ungettable get” had made him touchy and a pain in the ass to be around. He hadn’t been all that likeable for a solid year and Mark was finally admitting it to himself. He didn’t want to be this ugly version of Mark Newland anymore.

Lovelorn and bitter sort of put him in the unpopular category. Most of the “friends” Mark had left were straight, family men and if they did know gay guys, they probably wouldn’t set them up with him, especially since he knew they’d describe him as “catty.”

Mark was exhausted with himself and as much as he wanted to unload a shipment of
Woe Is Me
on Rafe’s driveway, he wanted to move on even more. He couldn’t heal fast enough.

He walked through the automatic sliding doors to the parking lot and with the mild night air on his skin, he made his decision.

Somehow he’d lost track of the good stuff about himself and became the guy that he used to make fun of: the guy who wouldn’t
let go
. The sap. The clinger. Well, no more. Every inclination Mark had to hang on to the past, he was going to force himself to do the opposite and move on. It was time and even if it felt like he was lying to himself now, he had to believe that he had a chance at happiness and grab it, letting go of the things holding him back.

No wallowing. No suppressed anger. No sick days. But a vacation…? That would be
perfect
.

The resort shuttle boat pulled up to the dock and Mark watched through dark sunglasses as two men wearing identical uniforms of khaki shorts and red polo shirts tied off to the pier. They were like twins in everything they did, their routine like a well-oiled machine—a good-looking well-oiled machine. The benefits of busting ass in the tropics must be ample.

He sighed and bit back a smile. This vacation was shaping up to be damn fine already. His flights went off without a hitch and the ride to the dock was no problem. Bora Bora was absurdly beautiful and the sight of the clear, crisp water made him want to stretch out on the pier and soak up the sun. He thought the pictures online were amazing, but they were nothing compared to being there surrounded by the real thing. All that trip research paid off.

He had wanted to avoid that feeling that he’d stumbled onto a set of
Queer As Folk
with sudsy bubble parties and steam rooms where some old dude whacks off as younger men saunter by in next to nothing…or just plain nothing. Wind-surfing lessons, fishing trips, swimming with sharks—not on his agenda—and just about anything else he wanted to try was available to him here. He was more excited and comfortable in his own skin than he’d felt in ages and it only made it better that he didn’t know anybody. For now, anyway. Give him three hours and he might start to regret that he didn’t invite his brothers.

He was on vacation and determined to do it right. The end result would be a renewed Mark with the bits of him that he used to like coming back full force. Gone was the sulking, bitchy, negative guy that had taken over. And gone was the Mark who let other people use him. He was smart enough to know when he was getting dicked around, but he’d allowed it to happen anyway. He couldn’t continue setting himself up for stupid shit. A real, loving and fun relationship was what he wanted. It likely wouldn’t start here on vacation, but he was open and that was the most important part.

One of the twins from the boat crew hopped onto the dock and smiled pleasantly as he reached for luggage. Mark was the only passenger at the moment and he followed the crewman onto the boat and settled himself to wait either for more passengers or for the ride to start. Stretching out his arms over the bench seat back, he finally let loose with the grin that had been teasing at the corners of his mouth the whole day.

Half Lives by Sara Grant
Monsters and Mischief by Poblocki, Dan
I Had the Right to Remain Silent...But I Didn't Have the Ability by Ron White
Buried Secrets by Joseph Finder
Good Harbor by Anita Diamant
Dangerous Curves by Dara Girard
Curse of the Dream Witch by Allan Stratton
The Sound of Sleigh Bells by Cindy Woodsmall
A Beauty Dark & Deadly (A Dark & Deadly Series Book 1) by Heather C. Myers
Discovering Pride (Pride Series) by Sanders, Jill