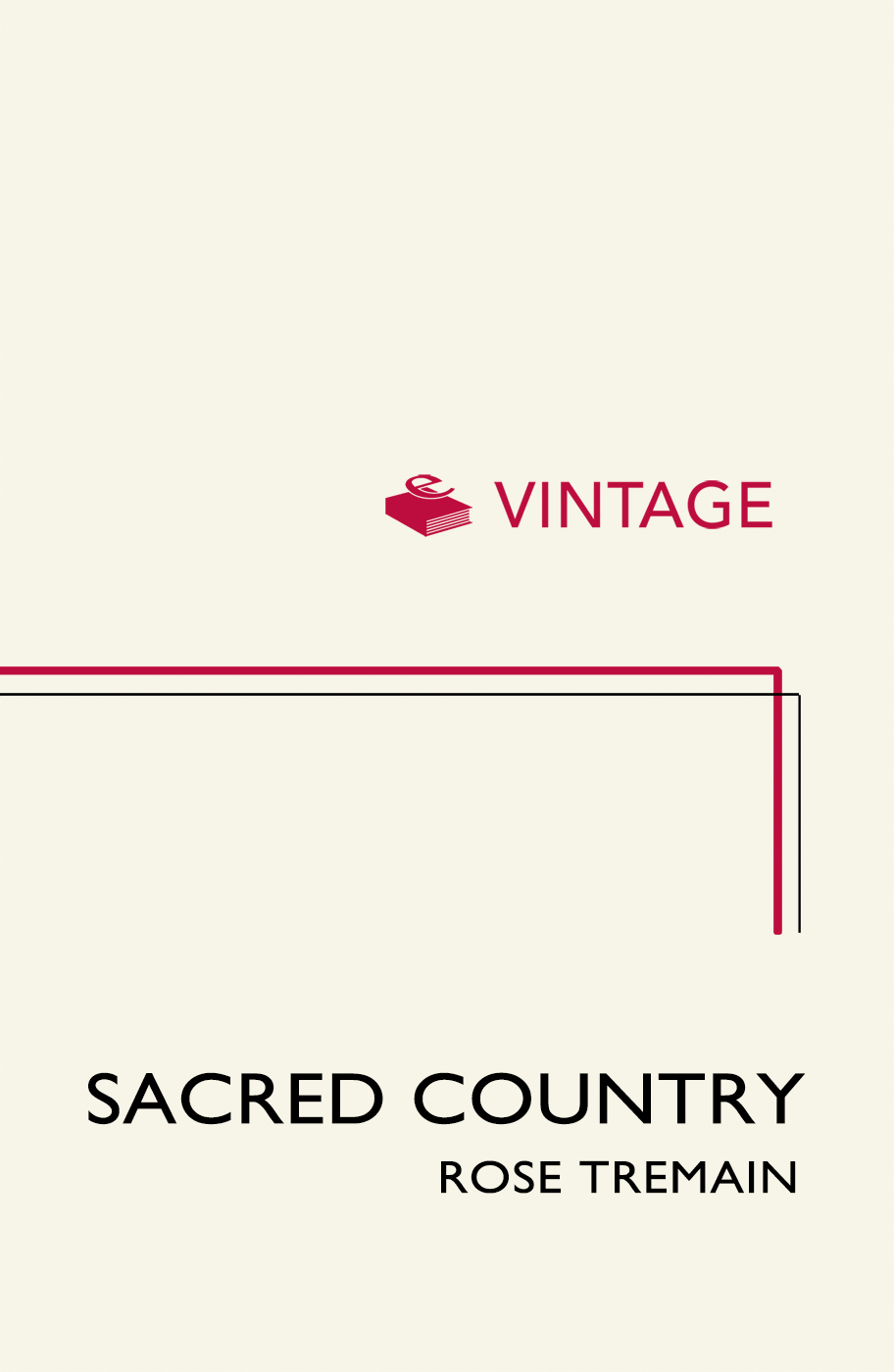 The Forest of Long Ago

A Nose for It

As Far As It Goes

To the memory
of Bernie Schweid

I would like to thank the following people, without whose knowledge, assistance and generosity this novel could not have been written:

The author and publishers are grateful to Faber & Faber Ltd for permission to quote from
The Hollow Men
by T. S. Eliot.

The author and publishers are grateful for permission to reproduce words from songs as follows:

The Yodelling Cowboy
, words and music by Jimmy Rodgers,
Frankie and Johnny
, sung by Jimmy Rodgers, and
I’m working on the building
, words by A. P. Carter: used by kind permission of Peermusic (UK) Ltd, London.

Every effort has been made to trace the holders of copyrights. Any inadvertent omissions of acknowledgement or permission can be rectified in future editions.

Rose Tremain is a writer of novels, short stories and screenplays. She lives in Norfolk and London with the biographer Richard Holmes. Her books have been translated into numerous languages, and have won many prizes including the Whitbread Novel of the Year, the James Tait Black Memorial Prize, the Prix Femina Etranger, the Dylan Thomas Prize, the Angel Literary Award and the
Sunday Express
Book of the Year.

The Way I Found Her

The Garden of the Villa Mollini

The Darkness of Wallis Simpson

Journey to the Volcano

– St John of the Cross

Part One
CHAPTER ONE
1952
The Two-Minute Silence

On February 15th 1952 at two o’clock in the afternoon, the nation fell silent for two minutes in honour of the dead King. It was the day of his burial.

Traffic halted. Telephones did not ring. Along the radio airwaves came only hushed white noise. In the street markets, the selling of nylons paused. In the Ritz, the serving of luncheon was temporarily suspended. The waiters stood to attention with napkins folded over their arms.

To some, caught on a stationary bus, at a loom gone suddenly still, or at a brass band rehearsal momentarily soundless, the silence was heavy with eternity. Many people wept and they wept not merely for the King but for themselves and for England: for the long, ghastly passing of time.

On the Suffolk farms, a light wet snow began to fall like salt.

The Ward family stood in a field close together. Sonny Ward had not known – because the minute hand had fallen off his watch – at what precise moment to begin the silence. His wife, Estelle, hadn’t wanted them to stand round like this out in the grey cold. She’d suggested they stay indoors with a fire to cheer them and the wireless to tell them what to do, but Sonny had said no, they should be out under the sky, to give their prayers an easier route upwards. He said the people of England owed it to the wretched King to speak out for him so that at least he wouldn’t stammer in Heaven.

So there they were, gathered round in a potato field: Sonny and Estelle, their daughter, Mary, and their little son, Tim. Pathetic, Sonny thought they looked, pathetic and poor. And the suspicion that his family’s silence was not properly synchronised with that of the nation as a whole annoyed Sonny for a long time afterwards. He’d asked his neighbour, Ernie Loomis, to tell him when to begin it, but Loomis had forgotten. Sonny had wondered whether there wouldn’t be some sign – a piece of sky writing or a siren from Lowestoft – to give him the order, but none came, so when the hour hand of his watch covered the two, he put down his hoe and said: ‘Right. We’ll have the silence now.’

The salt snow fell on their shoulders.

It was a silence within a silence already there, but nobody except Mary knew that its memory would last a lifetime.

Mary Ward was six years old. She had small feet and hands and a flat, round face that reminded her mother of a sunflower. Her straight brown hair was held back from her forehead by a tortoiseshell slide. She wore round glasses to correct her faulty vision. The arms of these spectacles pinched the backs of her ears. On the day of the silence she was wearing a tweed coat too short for her, purple mittens, wellingtons and a woollen head scarf patterned with windmills and blue Dutchmen. Her father, glancing at her blinking vacantly in the sleet, thought her a sad sight.

She had been told to think about King George and pray for him. All she could remember of the King was his head, cut off at the neck on the twopenny stamp, so she started to pray for the stamp, but these prayers got dull and flew away and she turned her head this way and that, wondering if she wasn’t going to see, at the edge of her hopeless vision, her pet guineafowl, Marguerite, pecking her dainty way over the ploughed earth.

Estelle, that very morning, had inadvertently sewn a hunk of her thick black hair to some parachute silk with her sewing machine. She had screamed when she saw what she’d done. It
was grotesque. It was like a crime against herself. And though now, in the silence, Estelle made herself be quiet, she could still hear her voice screaming somewhere far away. Her head was bowed, but she saw Sonny look up, first at Mary and then at her. And so instead of seeing the dead King lying smart in his naval uniform, she saw herself as she was at that precise moment, big in the flat landscape, beautiful in spite of her hacked hair, a mystery, a woman falling and falling through time and the fall endless and icy. She put her palms together, seeking calm. ‘At teatime,’ she whispered, ‘I shall do that new recipe for flapjacks.’ She believed her whispering was soundless, but it was not. Estelle’s mind often had difficulty distinguishing between thoughts and words said aloud.

Sonny banged his worn flat cap against his thigh. He began to cough. ‘Shut you up, Estelle!’ he said through the cough. ‘Or else we’ll have to start the silence again.’

Estelle put her hands against her lips and closed her eyes. When Sonny’s cough subsided, he looked down at Tim. Tim, his treasure. Timmy, his boy. The child had sat down on a furrow and was trying to unlace his little boots. Sonny watched as one boot was tugged off, pulling with it a grey sock and revealing Timmy’s foot. To Sonny, the soft foot looked boneless. Tim stuck it into the mud, throwing the boot away like a toy.

‘I can’t hear any silence at all,’ said Estelle.

So Mary thought, how many minutes is it going to be? Will it get dark with us still standing here?

And then the idea of them waiting there in the field, the snow little by little settling on them and whitening them over, gave Mary a strange feeling of exaltation, as if something were about to happen to her that had never happened to anybody in the history of Suffolk or the world.

She tried another prayer for the King, but the words blew away like paper. She wiped the sleet from her glasses with the
back of her mittened hand. She stared at her family, took them in, one, two, three of them, quiet at last but not as still as they were meant to be, not still like the plumed men guarding the King’s coffin, not still like bulrushes in a lake. And then, hearing the familiar screech of her guineafowl coming from near the farmhouse, she thought, I have some news for you, Marguerite, I have a secret to tell you, dear, and this is it: I am not Mary. That is a mistake. I am not a girl. I’m a boy.

This was how and when it began, the long journey of Mary Ward.

It began in an unsynchronised silence the duration of which no one could determine, for just as Sonny hadn’t known when to begin it, so he couldn’t tell when to end it. He just let his family stand out there in the sleet, waiting, and the waiting felt like a long time.