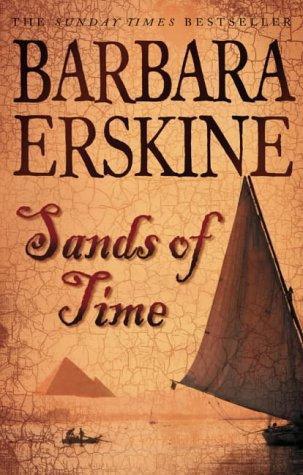 These stories are entirely works of fiction. The
names, characters and incidents portrayed in it are
the work of the author’s imagination. Any
resemblance to actual persons, living or dead,
events, organisations or localities is entirely
coincidental.

If poets’ verses are but stories, so are food and raiment stories. So is all the world a story. So is man of dust a story.

This third collection of short stories has allowed me to fulfil, at least in part, my ambition to write a sequel to
Whispers in the Sand
. One of the hardest stages in the writing of a novel is finishing it. For weeks, perhaps months, I will have been looking forward to writing those two magic words,
The End
– words that mean a conclusion to obsession, to long hours, to RSI at the keyboard and to saying no to invitations I would so much love to accept. When the moment finally comes, however, saying goodbye to the characters, reconciling the urge to give them a happy ending with the temptation to leave the reader on a knife edge – after all, real life doesn’t provide neat endings – and parting with the characters, people who have become closer in many ways than family or friends, and whom I will miss enormously, is the most difficult and painful time. The close of a book leads to a few hours of euphoria and relief, then to intense post-natal depression! One way of getting over that feeling is to consider, if only for a short time, the possibility of resurrecting the story by writing a sequel – something I have actually gone on to think about seriously with only two of my novels,
Midnight is
a Lonely Place and Whispers in the Sand
.

The result of these thoughts as far as
Whispers
is concerned is presented in this short story collection. There are two long stories, one of which picks up Louisa Shelley’s life some seven years after we leave her at the end of
Whispers
. The second continues the tale of Anna and Toby, in this case only days after the end of the novel. It has been a fascinating exercise and not nearly as easy as I thought. I had the novel sewn up pretty well and it was quite hard to unpick a loose end to carry on the narrative. I hope you find that the resultant unravelling and re-ravelling fulfils your expectations and leaves you – well, wait and see …

To be putting together another collection of short stories is an indulgence, an enormous pleasure. Reading through the stories that I have written over the past five years I see the mood has changed. The themes move on, reflecting my own preoccupations and those of the world around me and many of my contemporaries. Almost inevitably most of the stories involve ghosts – partly because they interest me, partly because once one has a reputation for writing about a particular kind of subject that is what magazines ask one to write! In case this is seen as something of an obsession I should point out that many months separated most of them in the writing! And I see I have been travelling by train more than I used to – I have always loved writing on trains; that womblike abstraction from the world is the perfect place to lose oneself in the narrative of the imagination. Although the silence and isolation have alas been spoiled by the advent of the mobile phone, even so the strange hypnotic quality of train travel continues to fascinate. And most of these train stories are based on events that have actually happened to me on my travels. Trains lead to adventures.

In this collection I have for the first time included one or two short poems. I have written poetry since I was at school and have occasionally over the years published individual poems, but on the whole I have always felt poetry too intensely personal a medium to show to people. It is time, I felt, that I came out of the closet.

I hope you enjoy
Sands of Time
.

Title Page
Dedication
Epigraph
Preface
The Legacy Of Isis
What Price Magic?
Between Times
Sea Dreams
The Footpath
Sacred Ground
Damsel In Distress
The Last Train To Yesterday
Party Trick
Lost In The Temple
Random Snippets
On The Way To London
Second Sight
The Cottage Kitchen
The Room Upstairs
Moonlight
The Girl On The Swing
An Afternoon At The Museum
Day Trip
Barney
You’ve Got To Have A Dream
First-Class Travel
Moving On
‘You’ve Got A Book To Write, Remember?’
Sands Of Time
The Storyteller
About the Author
Praise
By The Same Author
Copyright
About the Publisher

The Legacy of Isis

Louisa Shelley’s anguished denial was instantaneous. ‘I don’t want to see them!’

The maid’s message had been so innocuous. She had come in carrying a steaming ewer of water as Louisa was standing staring out of her bedroom window.

‘My lady said I was to tell you that we have a treat this evening, Mrs Shelley. Unexpected guests. She understands they are old friends of yours. Mr and Mrs David Fielding?’ The girl smiled, clearly delighted with her news. ‘They arrived while you were out painting.’

Her eyes widened as she registered Louisa’s horrified reaction. She had been somewhat overawed at first by their guest’s fame. Louisa Shelley was an acclaimed water colourist. Her drawings and paintings of her travels in Egypt in the mid 1860s had been exhibited in London galleries, so she had been told, and besides that, Louisa’s elegance and beauty had stunned her. Her hair was glossy chestnut, the colour emphasised rather than spoiled by the threads of silver appearing at her temples. She wore graceful flowing dresses in bright jewel colours quite unlike those of the lady of the house, Sarah Douglas – in fact unlike any dresses Kirsty had ever seen. Her awe had quickly turned to worship as Louisa’s easy charm won her over. But there were no smiles now. None of the eager excitement she had expected. Louisa’s face had gone white. Her features had lost their vivacity.

‘But –’ Kirsty was shocked into indiscretion. ‘Lady Douglas will be heartbroken. She is so excited. She’s ordered a special meal and cook is over the moon. It’s not often we get the chance to entertain properly.’

Glen Douglas House had once rung to the sounds of music and laughter, but Sir James did not care much for company now that the five children were grown up and gone and in the last few years Sarah had found herself often alone. It was on a visit to her eldest daughter’s home in London that she had met Louisa, a friend of a friend, and the two women had taken an instant liking to each other. Sarah had impulsively asked Louisa to come to Scotland for the summer to paint. So far the visit had been a resounding success.

Louisa turned away from Kirsty, defeated. It would be unforgivably discourteous not to come down to dinner. It was only after the little maid had curtseyed and left the room that she gave vent to her true feelings, throwing herself onto the bed, smothering angry tears in her pillow. The very mention of the Fieldings’ names had brought it all flooding back, the memories she had tried so hard to bury of that visit to Egypt seven years before when she had met – and lost – the only man she had ever truly loved.

It had all started after the death of her husband, David.

Nothing but her grief and despair at the seemingly needless suffering of such a good, kind man, of whom she had been so extremely fond, and her own increasing ill health, would otherwise have persuaded her to leave her two beloved young sons with their grandmother to travel in search of the warm climate and relaxation which would, she hoped, hasten her recovery.

Her subsequent adventures, her meeting with Hassan, her love for whom had completely and overwhelmingly eclipsed that which she had felt for her adored David, the gift Hassan had given her of a small bottle, an artefact from an ancient tomb, and the cataclysmic events which had followed that simple generous act, had combined on her return to London to bring back a reoccurrence of her ill health. Her restless sleep had been more and more frequently dogged by nightmares. Nightmares about the ancient bottle and the two ghostly spirits who guarded it; and nightmares about the safety of her two sons.

Sarah Douglas’s invitation had come at an opportune moment. It was an excuse to send the boys to their grandmother’s house – somewhere they needed no second invitation to go, away from the heat and smells of a London summer – and allow her to leave for a complete change of air, in Scotland.

Outside her bedroom window the hot sun beat down on the terraced lawns, driving the aromatic oils from the pines and cedars scattered around the ornamental lake and turning the heather on the distant hills to purple fire. Wearily drying her tears she climbed to her feet. She glanced down at her sketchbook and paintbox lying on the table by the window. The open page showed a delicate watercolour of the eighteenth-century folly, built by her host’s great-grandfather. This summer her sketchbooks and canvasses were full of the colours of Scotland, the purples and greys of the moors and mountains, the dark greens of the forests and the deep peaty browns of river and loch. Seven years before they had been full of the golds and creams and yellows of sandstone and the pinks and rose of arid rock and the incredible, ever changing, colours of the River Nile.

Hassan had been her dragoman, her guide, her interpreter, her mentor and, at the last, her lover. His handsome face and tall figure had featured in many of the paintings she had exhibited in London. None of the captions told his story or named his name and no one asked. He was, after all, only a native, part of the scenery. On the two separate occasions when gentlemen, who were captivated by Louisa’s charm and beauty during these last few years, had plucked up the courage to ask for her hand, both had retired from the field disappointed. They did not know that they were competing with a dream. Neither imagined for a single second that the heart of the beautiful woman whom they so desired was still captive to the tall dark figure who appeared so enigmatically in her paintings.

Brides of Caralon 00 Seductress of Caralon by Lacey Alexander
The Roar of the Crowd by Rich Wallace
Storming His Heart by Marie Harte
The Deception of the Emerald Ring by Lauren Willig
A Calling to Thrall by Jena Cryer
Alamut by Vladimir Bartol
Satan's Story by Chris Matheson
Broken Wing by Judith James
Salvation Row by Mark Dawson
Kosher and Traditional Jewish Cooking: Authentic Recipes From a Classic Culinary Heritage: 130 Delicious Dishes Shown in 220 Stunning Photographs by Marlena Spieler