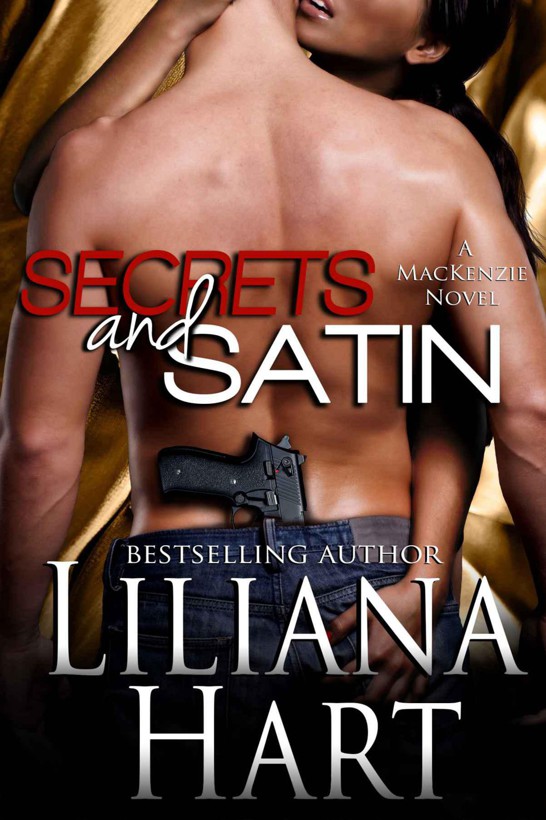 Jade Jax stared at herself in the mirror—wide green eyes tinged with a hint of shock and panic. She knew if she didn’t practice saying the words aloud, she’d never get them out when it was time to do it for real. So much for birth control.

Nausea rolled through her and she gritted her teeth and breathed out slowly, trying to delay the inevitable. Her face was pale and clammy, and she’d become good friends with the end stall in the ladies
’ room in the Department of Justice building over the past three weeks.

“Dammit.” She raced into the stall and emptied what was left in her stomach. It was only vaguely annoying she’d been in there
often enough to notice one of the floor tiles was cracked in the shape of the Virgin Mary. Mostly it just reminded her she needed to pray. Then maybe she could put something in her stomach without it reappearing again.

She stumbled back to the sink and splashed cold water onto her face, and then she wetted a few paper towels and let the cold trickle down the middle of her breasts. She had to
pull herself together. There were less than two hours until go time. The next mission was an important one, and Max wouldn’t let her go if he thought she was sick—even if it was her husband they were going to be extracting.

Donovan had been in deep cover inside Alexander Ramos’s organization for the last eighteen months. It was a dangerous job—a job she’d begged him not to take. They’d fought over it for weeks, but in the end she’d lost the battle. Donovan felt he was the right man for the job—the only person who could infiltrate
the organization and pass on vital information to the DEA. And the hard part was accepting he was right. He was a good man, a good agent, and justice would always be more important than his safety. Falling in love with a hero was hell.

Their time together over the last year and a half had been sparse—stolen weekends in remote locations where they hadn’t wasted time talking and instead fallen straight into bed. When you added it up, they’d actually been apart longer than they’d been married. It had been four weeks since she’d seen him last—four weeks since they’d made love. And made a baby.

Her hand went to her stomach protectively. Maybe this baby was a sign. She and the rest of the team were flying down to extract Donovan from Mexico. The assignment had gotten too dangerous, and Ramos was beginning to suspect some of his top men of betraying him. More than one body of his known lieutenants had been found—at least what had been left of them.

The DEA had enough information to begin the process of ending Ramos’s reign forever. Donovan would come home, and they could be a family without threats or danger hanging over their heads at every turn. In fact, maybe it was time to turn in her badge and her weapon. The past ten years felt more like fifty, and the weight of the world was getting awfully heavy—not to mention the rifle she had to use much too frequently.

The more she thought about it, the more she knew it was the right decision. Max would throw a fit, but he could find another agent to replace her. The child growing inside of her couldn’t
grow up without a mother if anything happened to her.

Jade patted her face dry with a towel and slapped her cheeks for a little color. She had a mission to prepare for, and it was the most important mission of her life. Donovan was coming home.

“I’m pregnant,” she said one last time to the mirror. This time she couldn’t help but smile.

The DEA offices were on the fifth floor of the Department of Justice building, and she headed down the long gray corridor to her small office. They were supposed to meet at 14:30 for a briefing before the plane took off. She had just enough time to change clothes and check her weapons one final time.

Her office was a small square dominated by a
metal desk. The floors were gray industrial grade carpet and the walls were stark white. A bookshelf stood in the corner, and the shelves bowed under the weight of books—anything from non-fiction to thrillers to the romances she kept on the bottom shelf so the guys wouldn’t give her a hard time. She spent more time at work than home anyway, so it made sense to have the things she enjoyed close by. A green plant flourished on the corner of her desk, and pictures sat on every free surface. It was a cramped and overflowing space, but she wouldn’t trade it for anything. It was hers. And having things that belonged solely to her was something she’d learned to treasure.

Jade pulled her pack from the bottom drawer of her desk and changed into black cargo pants and a long sleeved black T-shirt. She pulled the pins from her hair and let it fall around her
shoulders, brushing it out quickly before pulling it back in a ponytail. Maybe it was time to cut it short. She wouldn’t want to deal with the hassle of long hair when the baby was born.

Jade checked the magazine in her Sig and pocketed another two, but her pride and joy was in the long black case under her desk. She pulled it out and set it on top of her desk, flicking open the locks with her thumbs and pushing back the lid.
The M-40A3 rifle gleamed back at her—the black so smooth and polished she could see her reflection in it.

The knock on her door had her yelling out, “Enter,” and she closed the lid on the case with a snap.

She knew something was wrong the moment Max stepped inside and closed the door behind him. Max was a good boss and a great agent, and she knew his responsibility weighed heavily on him. He truly cared about his agents, and he’d flip his middle finger to the bureaucrats and politicians if it meant those under his command were going to get screwed. There weren’t many she’d trust to watch her back if things went to shit, but he was one of them.

But the Max she’d worked with the last few years was almost unrecognizable in the man who stood before her.
His face was drawn and his eyes shadowed with grief. His hair was disheveled as if he’d been running his fingers through it, and his normally impeccable clothes were wrinkled—his tie shoved in his pocket and the collar of his shirt unbuttoned.

“What’s wrong?” Her voice was foreign to her ears. Her palms slicked with sweat and her lungs felt as if they were bursting in her chest. Somewhere deep inside she knew—knew that whatever Max had to say would break her.

She wiped her palms on her pants and shook her head, coming around the desk to face him head on.

“Jade,” he said. And she knew. She knew Donovan was dead, as if someone had flicked a switch off inside of her.

“No, you’re wrong.” Her soul was splintering into pieces and he expected her to just believe him, without proof. “You’ll see. We can leave early and go get him. We’ll do the extraction and you’ll see he’s okay. We’ll bring him home.” Her voice rose higher and higher as panic took over. She was trained to never panic—to breathe deep and keep her focus. But she couldn’t do it this time. She just couldn’t.

“I’m sorry, Jade.” Max reached out for her, but she moved back, knocking the picture frame from her desk to the floor. Glass crunched beneath her feet, and she bent down to salvage what was left of her wedding photo.

Glass sliced at her finger and blood welled instantly, but she pulled the picture from the shards and held it against her breast.

“No,” she said again. “No, no, no. It’s just a misunderstanding. I want to talk to our contacts in Mexico. I want someone to go in and bring him out now. If he’s in danger, then we don’t need to waste a minute.”

Max knelt down beside her and held her trembling hands. The blood from the cut on her finger welled faster, soaking into the white cuff of his shirt.

“He’s gone, Jade.” His voice cracked, and he had to swallow a couple of times before he could go on. “I’ve spent the last three hours trying to cut through red tape and lies to get the answers I needed. Let me get this out,” he said. “You know I have to say the words.”

She shook her head, but it didn’t stop him from speaking. “I’m sorry for your loss. Donovan Jax was killed in the line of duty.”

“I said n
o!” she screamed. Her fist connected with the side of his face before she could control it, as if someone else had taken over her body. She scrambled away, knocking over one of the folding chairs she had against the wall. Her hip hit the corner of her desk, but the pain didn’t penetrate.

“Get out, get out!” Tears clouded her vision, but she grabbed the first thing she saw—the plant in the ceramic pot—and threw it at his head. Max dodged and got to his feet, but he didn’t try to stop the storm brewing inside of her. The look of sympathy on his face only made the tears fall faster. God, she never cried. Not when she’d been shuffled from one foster home to the next and not when a bullet had pierced her flesh.

The door to her office opened and worried faces peeked in.

“Get out,” Max said, and they closed the door with a snap.

Blood trickled from the corner of his mouth, but he was still and silent, letting her rage around him until there was nothing left inside of her but despair. Her breath heaved in and out of her lungs and she let her arms hang down at her side as a sudden weakness seemed to overtake her. Her head dropped down and a chill settled over her skin, making her shiver uncontrollably.

“Oh, baby,” Max said, coming toward her. She let him gather her close, so her head rested on his shoulder. He was grieving too. She could feel the fine tremors coursing through his body. Max and Donovan had been close—as close as most brothers. “You know I can’t do that.”

“Don’t play games with me, Max. I don’t care about the red tape or expense reports. I want his body brought back here. I need to see him.”

His arms wrapped tight around her and he buried his head against her shoulder. She felt the heat of his tears against her neck, and she tightened her own hold around him, trying to comfort the both of them.

“I can’t, Jade.” He paused for a few seconds. “There’s nothing left of him to bring home.”

Something broke inside of her—an agony that started in her womb and ripped and clawed its way through her body. She would have doubled over if Max hadn’t been holding her upright. Liquid rushed between her thighs and the coppery scent of blood filled the air.

She tried to scream, but the pain had taken control of her body, rendering her useless.