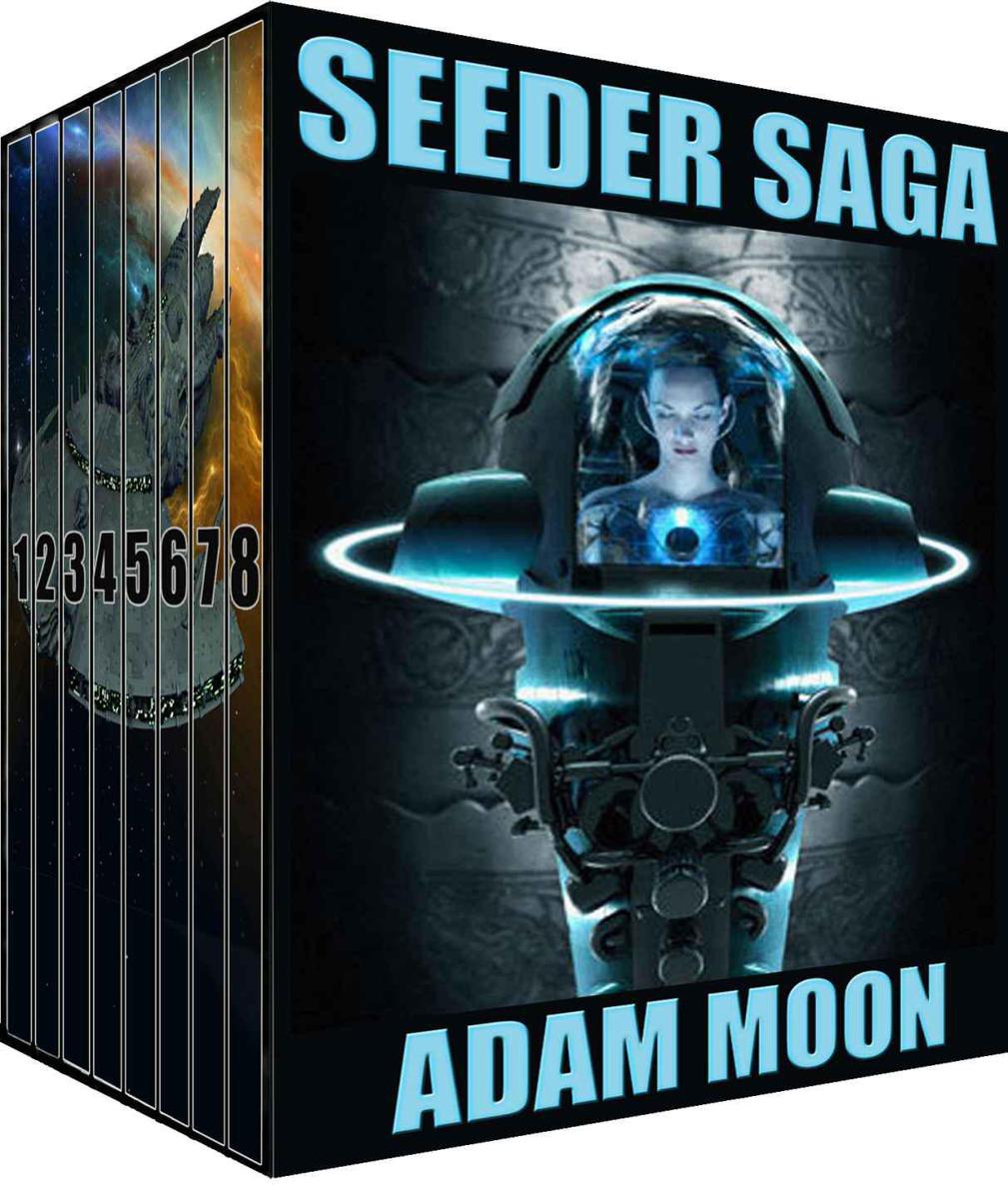 Captain Sarah Miller did another quick systems check. It was becoming an obsession that she couldn't afford to indulge in. If she let this paranoid obsession dominate her thoughts she'd lose her marbles before they even set out.

Within half a minute, the monotone computer generated female voice said, "All systems are fully operational."

She slumped in her seat, drawing in a deep lungful of cold conditioned air.

Behind her, a deep baritone voice said, "The last of the colonists are on ice. We're running ahead of schedule."

"Did anyone give you any grief?"

"Some dude hit Johnson on the jaw, but there's nothing unusual about that. I plan on hitting him in the face at some point during the ride too."

Johnson was the gear-head of the flight crew. If everything went tits-up, Johnson could rig just about anything to get them by. He was one of those rare geniuses who knew how to apply his ideas to reality. But he was also an egotistical asshole with no social graces to speak of.

"He was bellyaching until I closed his pod and freeze-dried his fat ass."

"What about Emma? Is she in stasis already too?"

"Yep. She was the last to go. She was a little jittery so we need to make sure to comfort her when we revive her or else she could get space madness and kill us all."

"You know that's not a real thing, right?"

"Just trying to lighten the mood. If you're done with me, I'm gonna get in my pod now too."

"Yeah. I'm just waiting for ground control to give the word and then we're outta here."

Jack said, "Yeah, sure," without a trace of joy to his tone.

Sarah assumed he was secretly afraid of going into stasis for such a long time. What they were about to undertake had never been done before, so he had every right to be apprehensive, even fearful.

The longest any man had successfully been put into stasis was seven years. They were about to go to sleep for four thousand years. There was no telling how that would work out. Would they all die horribly during the thaw? Would they remain conscious the whole time and go mad?

The risks were worth it. The colonists were to seed another world. The Earth had become barren and almost completely unfit for life. The oceans had dried up, the plants were withering and dying. Land animals were next. The deadly storms alone made it worth the risk.

Sarah was thankful she'd been chosen, but right now she almost wished she could go back home, put feet to terra firma and breathe in the hot, putrid air of home.

It was cold in orbit, but not in a good way. She'd assumed it would be refreshing, and it was at first, but they'd been attached to the docking platform for nine days, and the cold had permeated through their bones.

She sent a message to ground control stating they were ready for departure. Then, out of habit, she ran another systems check.

A tinny voice said over the speakers, "Flight crew of
The Seeder
, this is ground control. You're a go for departure. All controls have been released to you. Good luck."

Sarah shivered. "Thank you, ground control. All systems are go. Preparing for launch."

She turned the speaker off and readied the ship for launch. The trajectory had been preset and all systems were operational; she just had to set the mission in motion.

As the boosters came to life, she had one last look around the control station and then headed for her pod. Hers was not clustered with the other ones below deck. It was right in the control station, in case of emergency. If something happened that needed fixing, she could be woken early and get right to work from here. But the fact that she had to go into stasis all alone gave her an empty feeling. She pushed the fear deep down, stripped naked, attached the IV's, and lowered herself into the coffin-like apparatus. The lid closed and sealed over her. Once sealed, it issued an audible sucking noise. Right before she lost consciousness from the lack of oxygen, the cold rushed her senses and locked her in its eternity.

River of Spears (Kingdom's Forge Book 0) by Kade Derricks
Snow in Love by Ray, Claire
Kiss Me If You Dare by Nicole Young
Conquering the Queen by Ava Sinclair
Carolina's Walking Tour by Lesley-Anne McLeod
The Lost Flying Boat by Alan Silltoe
As Sweet as Honey by Indira Ganesan
The Zombie Combat Manual by Roger Ma
Twisted Obsessions (SIN CITY HEAT SERIES Book 2) by K, S
The Silence of the Sea by Yrsa Sigurdardottir