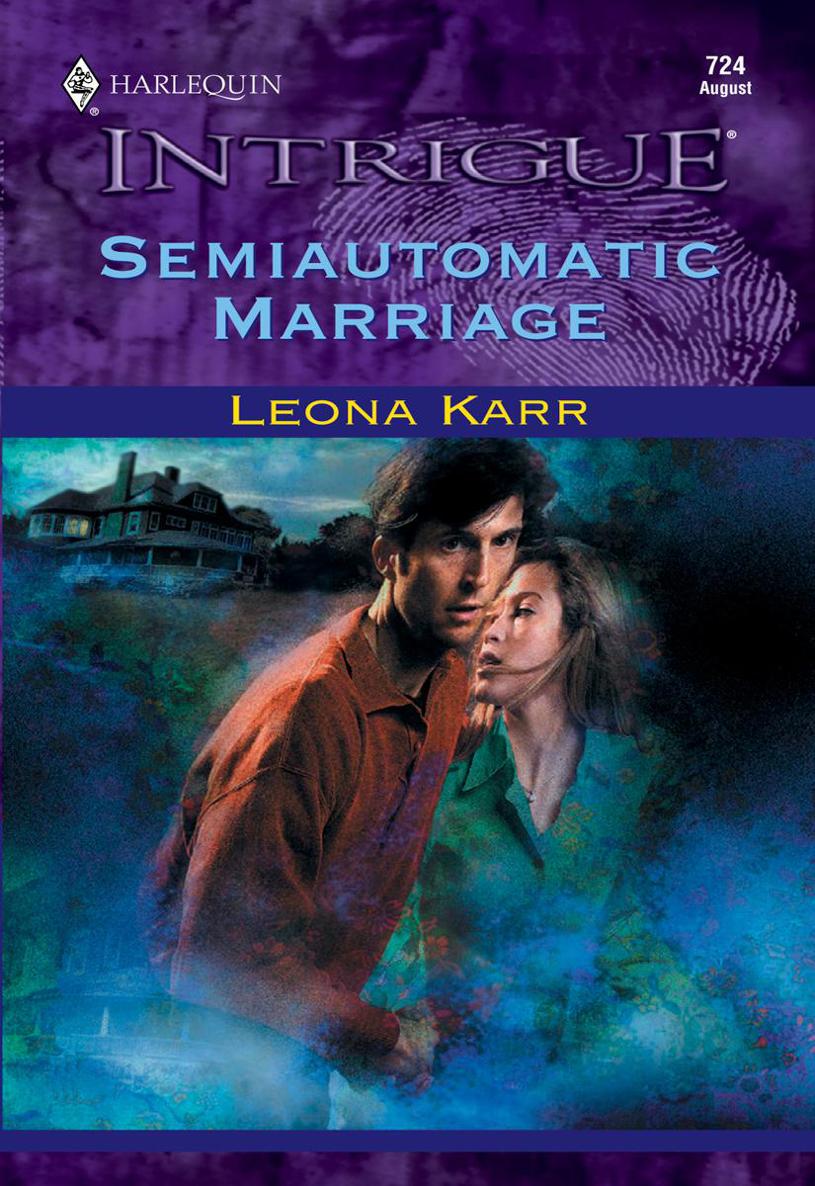 “I need your help. You can provide me with a legitimate cover for my investigation.”

“How can I do that?” she protested. “I’m totally inexperienced, and it will take time for me to make any changes at the company. You would stick out like a sore thumb if I tried right off to put you in any kind of position at Horizon Pharmaceuticals.”

“I know. That’s why we’d have to arrange something different. I’ll need a cover that will give me intimate access to the workings of the company.”

The steadiness of his gaze told Carolyn that he had already decided what that cover should be. She felt a strange quiver in her stomach.

“When you arrive at Horizon for the first time, Carolyn, I need to be there with you—as your husband.”

She choked on her intake of breath. “My husband?”

“In name only,” he hastened to reassure her. “Don’t you see? It’s the perfect cover.”

This month Harlequin Intrigue has an enthralling array of breathtaking romantic suspense to make the most of those last lingering days of summer.

The wait is finally over! The next crop of undercover agents who belong to the newest branch of the top secret Confidential organization are about to embark on an unbelievable adventure. Award-winning reader favorite Gayle Wilson will rivet you with the launch book of this brand-new ten-story continuity series. COLORADO CONFIDENTIAL will begin in Harlequin Intrigue, break out into a special release anthology and finish in Harlequin Historicals. In
Rocky Mountain Maverick
, an undeniably sexy undercover agent infiltrates a powerful senator’s ranch and falls under the influence of an intoxicating impostor. Be there from the very beginning!

The adrenaline rush continues in
The Butler’s Daughter
by Joyce Sullivan, with the first book in her new miniseries, THE COLLINGWOOD HEIRS. A beautiful guardian has been entrusted with the care of a toddler-sized heir, but now they are running for their lives and she must place their safety in an enigmatic protector’s tantalizing hands! Ann Voss Peterson heats things up with
Incriminating Passion
when a targeted “witness” to a murder manages to inflame the heart of a by-the-book assistant D.A.

Finally rounding out the month is
Semiautomatic Marriage
by veteran author Leona Karr. Will the race to track down a killer culminate in a
real
trip down the aisle for an undercover husband and wife?

So pick up all four of these pulse-pounding stories and end the summer with a bang!

A native of Colorado, Leona (Lee) Karr is the author of nearly forty books. Her favorite genres are romantic suspense and inspirational romance. After graduating from the University of Colorado with a B.A. and the University of Northern Colorado with an M.A., she taught as a reading specialist until her first book was published in 1980. She has been on the Waldenbooks bestseller list and nominated by
Romantic Times
for Best Romantic Saga and Best Gothic Author. She has been honored as the Rocky Mountain Fiction Writer of the Year, and received Colorado’s Romance Writer of the Year award. Her books have been reprinted in more than a dozen foreign countries. She is a presenter at numerous writing conferences and has taught college courses in creative writing. 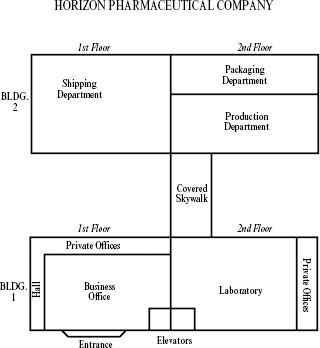 Carolyn Leigh
—A visit to a lawyer’s office makes her an heiress and a partner in a dangerous charade.

Adam Lawrence
—A man on a mission, who will use his status as a “pretend husband” to carry out his plan.

Jasper Stanford
—A newly found relative who has little interest in being an uncle or friend.

Della Denison
—An executive who seems willing to preserve her position at all costs. Her daughter, Lisa, is a spoiled young woman who lives a pampered life. Her son, Buddy, shows little interest in anything but pursuing his idle hobbies.

Cliff Connors
—An assistant laboratory assistant who has an unsavory past that threatens to endanger the present.

Nick Calhoun
—A man with a gambling habit.

Susan Kimble
—A woman dedicated to her job and searching for happiness.

Nellie Ryan
—A woman in love with a man who only brings trouble into her life.

Love and thanks to my sons, Leonard and Clark,
for their valuable help with this book,
and to Cindy Karr for her supportive interest
and encouragement.

Carolyn Leigh’s eyes rounded as she looked at the two men seated across the table from her in the lawyer’s office. “I thought this meeting was about my unknown benefactor, who’s helped me financially through medical school, using your firm as a conduit.”

“Well, in a way it is,” the gray-haired lawyer, Mr. Bancroft, assured her as he pushed his glasses farther up his nose.

“Am I expected to pay it back?” she asked evenly, trying to keep the apprehension out of her voice. What she didn’t need was more indebtedness. After having just graduated a month ago, she was trying to find a full-time medical position as soon as possible to alleviate her other debts.

“No, the grant was yours, free and clear,” the lawyer assured her. “The news we have for you is good.”

Carolyn tensed.
Good news?
Growing up as a sickly foster child, her life had been filled with people telling her they had good news for her, when the truth was she was just being shifted from one unsatisfactory foster placement to another. Even
though she was an adult now, and had managed to get herself through medical school by sheer grit, and working a job for nearly six years, a remembered anxiety suddenly tightened her stomach. She still had nightmares about being helpless as a foster child, thrown into one traumatic experience after another. She’d felt like a pawn in some diabolical game.
Here we go again,
she thought, trying to steel herself for whatever was about to crash into her well-laid plans.

From the first moment Carolyn walked into the office, she’d sensed a certain hesitancy, as if the two men weren’t exactly sure how to proceed. She’d only met William Bancroft, the elderly lawyer, once before, and had never met the good-looking, younger one, Adam Lawrence—Bancroft introduced him only by name, without identifying who he was and why he was there. She assumed he was a junior associate.

They politely offered her coffee, which she refused.

“Well, then, why don’t you lay the groundwork, Adam?” Bancroft suggested, nodding at him. “We’ll cover the legal details after that.”

The dark-haired man smiled at her, and she was aware of his strong features, slightly tanned complexion and the determined jut of his chin. Somewhere in his thirties, he must have been, and his clear, gray-blue eyes narrowed slightly as if he were searching for the right way to begin. Carolyn’s heartbeat suddenly quickened as she waited for Adam Lawrence to speak. What was this all about?

“You’ve heard of Arthur Stanford,” he began in
a conversational tone, and smiled, as if he recognized her tenseness.

“No, I haven’t,” she answered with her usual honesty.

He seemed a little surprised at her directness. “Have you heard of Horizon Pharmaceuticals?”

“Of course. Everyone in the medical field is aware of Horizon. It’s a major supplier of pharmaceutical drugs. One of the oldest companies in the Northwest, I believe.”

He nodded. “That’s right. Arthur Stanford is the owner of Horizon Pharmaceutical. He passed away recently.”

“And there’s some reason I should know this?” This man’s death had probably been in the news, but she’d been too busy studying to read the newspaper. Something about this whole meeting put her on the defensive. There was an undercurrent in the room she didn’t understand. Was she on the hot seat for some unknown reason? Plenty of schoolyard scuffles had conditioned her to get her mitts up before an expected blow came. She mentally geared up to be ready to handle whatever he was about to lay on her.

“The financial aid you’ve been receiving for medical school came from Arthur Stanford. He arranged for the grant to be paid through Mr. Bancroft’s office.”

“Really?” she answered in honest surprise.

She’d often wondered who’d set up the grant that had made it possible for her to attend medical school without interruption. She’d assumed that it was an organization, not an individual. The truth was, she’d
applied for every financial aid listed in the college office. No one was more surprised than she was when the university’s director of admissions called and told her that she’d been selected by an anonymous donor for a generous stipend.

“I’ve been very grateful for his financial help,” she readily admitted. “It would have taken me an extra two years to work my way through medical school without it. My grant was a great deal more generous than most awards. Did Mr. Stanford financially help many medical students?”

“The only one?” she repeated in disbelief. “But why? I mean, why was I the fortunate one?”

Adam hesitated, not at all certain how to proceed. Bancroft had insisted that he be the one to tell her the truth, and he’d readily agreed, but Dr. Carolyn Leigh wasn’t at all what he’d expected. By any standard, she was a very attractive woman: petite features, soft, shapely mouth, large, sky blue eyes and blond hair the color of rich honey. Even her simple, inexpensive pink summer blouse and navy skirt couldn’t detract from a slender, shapely body that could easily give any man ideas.