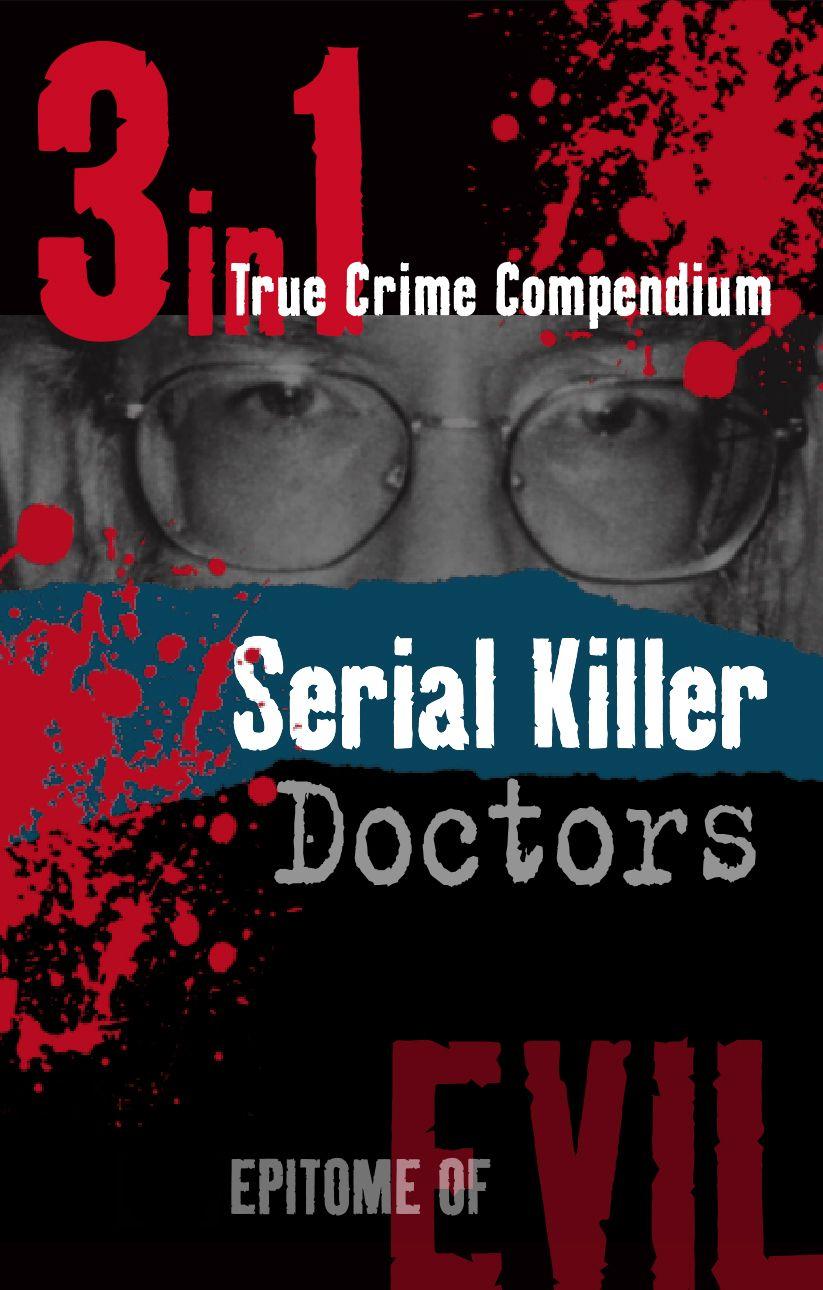 As he stood on the trapdoor in Newgate Prison on November 16, 1892, the noose around his neck, Dr Thomas Neill Cream began to speak. ‘I am Jack…’ he started to say, but before he could finish the sentence, the trapdoor opened and he fell through it, leaving the sentence hanging in mid-air, in much the same way as he now was. It was tantalizing. Was he going to say, ‘I am Jack the Ripper’ and finally put an end to the greatest of all criminal mysteries? The killer of five prostitutes in the Whitechapel area of London in 1888 and the man dubbed the Lambeth Poisoner had, after all, several things in common. They both wanted to purge the streets of ladies of the night and they were both heartless killers.

Cream, however, was serving time for murder in Joliet Prison in the American state of Illinois while the Ripper was conducting his deadly rampage. Or was he? Some sources suggest that he bribed his way out of prison earlier than the stated date. Others claim that he had a double who had taken his place in prison. There was a precedent for this because Sir Edward Marshall Hall, one of the most famous barristers in British legal history, claimed that he had once successfully defended Cream against a charge of bribery by claiming that at the time the offence was committed he was actually in prison in Sydney, Australia. The governor of the jail there confirmed to the court that a man fitting Cream’s description had been imprisoned there at the time, this, despite the fact that Cream had never set foot in Australia. Had it been the mysterious doppelganger the governor was describing? We will never know.

The enigma that was Thomas Neill Cream was born in Glasgow in 1850 but four years later, his parents emigrated to Canada. His father worked in shipbuilding and the family became prosperous enough to send their son to Montreal’s McGill College to study to be a doctor. He qualified in 1876.

After graduating, however, he became an abortionist, a trade that although illegal, was very lucrative. At the time, he was in a relationship with a woman named Flora Brooks whom he made pregnant and then almost killed while performing an abortion of his own baby. When Flora’s father heard about it, he forced Cream at gunpoint to marry his daughter. The following day, Cream left Canada and his new young wife behind, sailing to London to continue his medical studies and financing them through further work as an abortionist. He registered at St Thomas’s Hospital but six months later, failed the exams to gain entry to the Royal College of Physicians Surgeons in Edinburgh, obtaining, instead, a licence in midwifery.

After a year in Britain, Cream returned to Canada where he learned that his wife had died, ostensibly of consumption, but she had been taking medicine that he had been sending from Edinburgh and it is possible that it was this that killed her. He practiced as a doctor in London, Ontario, but carried on his sideline as an abortionist. In 1879, however, he found himself in serious trouble when a young woman named Kate Gardener was found dead in an alley behind his surgery. Kate was pregnant and had been poisoned by an overdose of chloroform.

Cream, a prime suspect in her death, decided to flee to the United States where he passed the Illinois Board of Health exam, setting up shop in Chicago, tantalizingly close to the city’s red light district which, he presumed, would provide him with plenty of opportunity to demonstrate his skill as an abortionist. In 1888, however, he was investigated in connection with the death of Mary Anne Faulkner whose baby he had aborted. He was lucky; he was not prosecuted due to lack of evidence.

Further problems arose with the deaths of two of Cream’s legitimate patients. One of them was a spinster who had been prescribed medicine by Cream. The other was a railway worker, Daniel Stott who was being treated by Cream for epilepsy while Cream was having an affair with Stott’s wife. Stott’s death was attributed to natural causes, but following his burial, Cream bizarrely wrote to the coroner stating that he believed the pharmacist had put too much strychnine in the pills he had prescribed to the dead man. Stott was exhumed and, indeed, a large amount of strychnine was discovered in his body. Fearing arrest, Cream fled to Canada but when Mrs Stott turned state’s evidence and placed the blame firmly on her lover, he was arrested and taken back to Chicago. He was found guilty and jailed for life.

Ten years later, he walked through the gates of Joliet Prison, a free man. His brother had pleaded for leniency on his behalf and had backed that up with judiciously placed bribes. But Cream’s life in prison and consumption of drugs had taken its toll on him and, with his thinning hair and watery, yellow eyes he looked far older than his years. But his father had died, leaving him a sizable inheritance and he decided to use it to make a fresh start. He briefly returned to Canada before setting sail for England where, from his home at 103 Lambeth Palace Road, he launched his career as a poisoner of prostitutes. Masquerading now as Dr Neill and claiming to work at St Thomas’s Hospital, he was a regular user of working girls, sometimes visiting three in one night in an effort to satisfy his insatiable sex drive. He often gave pills to the girls with whom he had slept, ostensibly to clear acne, but actually laced with strychnine that would lead to an agonizing death.

Poisonous chemicals were comparatively easy to obtain in Victorian times. Cream got his strychnine from a chemist on Parliament Street and the only legal requirement was a signature on a register. He had told the chemist that he was a doctor from out of town who was attending a series of lectures at St Thomas’s and had purchased the strychnine in the form of nux vomica in the first week of October 1891.

On October 13, 1891, 19 year-old prostitute, Ellen ‘Nelly’ Donworth, was found in dreadful agony in Waterloo Road. The daughter of a labourer, Nelly had taken to the streets rather than earn a hard living as a bottle-capper in Vauxhall. That night she told a friend that she was meeting a man and she was seen later emerging from a pub with a man, presumed to be the one she had planned to meet. Later still, a friend found her in Morpeth Place, apparently drunk and incapable. The friend took her back to her digs, but by that time she was writhing in agony. Between terrible convulsions of pain she gasped that she had been given a bottle containing white fluid to drink by a tall man with a squint, bushy whiskers and gold-rimmed spectacles. She was rushed to nearby St Thomas’s but was dead on arrival. It was discovered that she had been poisoned with strychnine.

A week later, on October 20, 26 year-old prostitute, Matilda Clover, was found in terrible pain in her lodgings in Lambeth Road where she lived with her 2 year-old son. Following her lover’s abandonment of her and his son, she had descended into alcoholism, taking to the streets to earn a living. Ten days previously, she had gone out to meet a man named ‘Fred’ outside the Canterbury Theatre. At around nine, she brought the man back to her room and he left shortly after. In the middle of the night ten days later, Matilda’s neighbours were awoken by terrible screams coming from her room where she was discovered in agony and unable to breathe. A few hours later, she was dead. She had swallowed some pills, she had gasped shortly before her death, given to her by ‘Fred’ to cure her acne.

‘Fred’ had, of course, been Cream who had been watched by two other prostitutes as he picked Matilda up the previous week. They would later identify him as ‘Fred’ during his trial. Matilda’s death was, however, ascribed to ‘Natural Causes’ by the doctor who signed her death certificate. He claimed that she had mixed alcohol with a sedative that he had prescribed to her. No one worried too much about how prostitutes met their maker in those days.

As he had done in Canada, Cream launched an odd correspondence about the murders. Using pseudonyms, he wrote letters to Lord Russell and a Dr William Broadbent in which he accused them of committing the murders and in which he demanded money for his silence. Dr Broadbent immediately took his letter to the police but when they waited for the blackmailer to come and collect his money, no one turned up.

Cream followed up these letters with one to the coroner who was working on the Ellen Donworth case in which he claimed to possess vital information. He demanded £300,000 for it but investigators put it down to the work of a madman and filed it.

Cream was by now in a relationship with a Hertfordshire woman, Laura Sabbatini but was required to go back to Canada so that his father’s property could be divided up amongst the family. He remained there for four months and on his return in April 1892, became engaged to Miss Sabbatini.

But his engagement did not deter him from his nighttime pursuits in the dark streets of London’s less salubrious neighbourhoods. One night, he encountered Louise ‘Lou’ Harvey who worked the streets around Piccadilly. She did not believe his story that he was a doctor visiting from America but she spent the night with him, nonetheless. They agreed to meet again that night at Charing Cross.

Walking along the Embankment beside the Thames, Cream handed her a couple of pills and told her to swallow them. A cautious woman, Lou pretended to put the pills in her mouth, managing to toss them surreptitiously into the river when her companion briefly looked away. Cream made his excuses, saying that he had an appointment at the hospital, but arranged to meet her later, believing that she would, of course, be dead by then.

Cream resolved to kill two women in one night and after enjoying a three-in-a-bed romp with 18 year-old Emma Shrivell and 21 year-old Alice Marsh on April 11 in a dingy room in Stamford Street, he paid them, gave them each pills for their complexion and vanished into the night. Several hours later, the girls were dying, gasping that they had swallowed pills given to them by a man named ‘Fred’.

The newspapers went into overdrive, headlines screaming about the so-called ‘Lambeth Poisoner’ and going into lurid details about the murders and the victims. They wondered if Jack the Ripper had returned with a different modus operandi. Meanwhile, the police searched for ‘Fred’ but made little progress.

Cream now became the architect of his own demise, writing a bizarre letter to a Dr Harper in which he accused his son, Walter, of murdering the two prostitutes and demanded £1,500 for his silence. Harper took the letter to the police who compared the handwriting with one that Cream had given them, purportedly warning Alice Marsh and Emma Shrivell against Dr Harper who, he claimed, had also killed Matilda Clover and Lou Harvey – he still did not know that Lou had survived. Cream’s mistake was to say that Matilda Clover had been murdered, because it had been stated that she had died of natural causes related to her alcoholism and not murder. Furthermore, the two prostitutes who had seen him with Matilda had come forward and were prepared to identify him.

Thomas Neill Cream was arrested on June 3 and charged with murder.