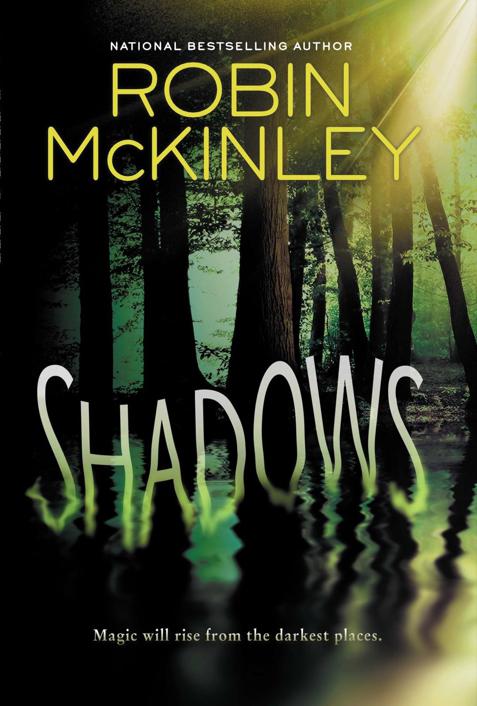 The Outlaws of Sherwood

The Hero and the Crown

A Knot in the Grain and Other Stories

The Door in the Hedge 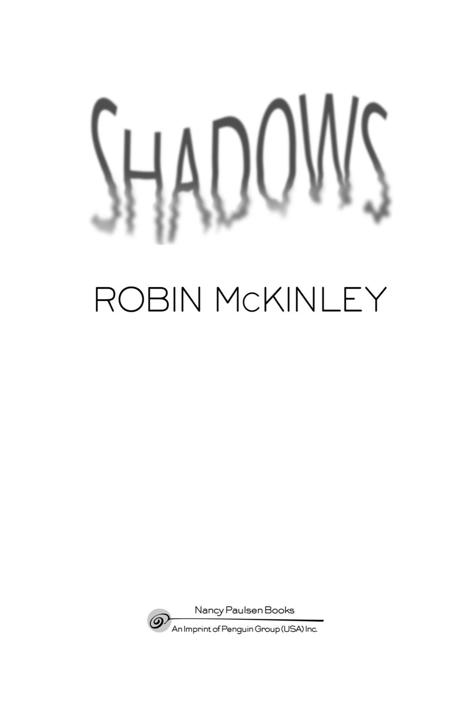 For more information about the Penguin Group, visit penguin.com

All rights reserved. No part of this book may be reproduced, scanned or distributed in any printed or electronic form without permission in writing from the publisher. Nancy Paulsen Books, Reg. U.S. Pat. & Tm. Off. Please do not participate in or encourage piracy of copyrighted materials in violation of the author’s rights. Purchase only authorized editions.

Library of Congress Cataloging-in-Publication Data is available upon request. 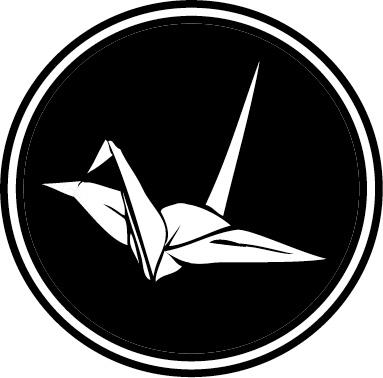 THE STORY STARTS LIKE SOMETHING OUT OF A fairy tale: I hated my stepfather.

I almost don’t know why I hated Val so
much.
He was short and hairy and didn’t know how to wear Newworld clothes and spoke with a funny accent and used a lot of really dreeping words that nobody in Newworld had used in two hundred years. Have you ever heard
anyone
say “ablutions”? I didn’t think so. He looked like the kind of creepazoid you’d cross the street to avoid walking past too close to. And this guy who looks like a homeless crazydumb who’s about to start shouting about the evil magician who planted electrodes in his brain stands there smiling gently at my
mother
. . . and she laughs and puts her arm through his because she loves him.
Uggh.

Maybe I hated him because she loved him, although I was pretty old for that kind of doolally. I’d turned seventeen by the time they got together, and my brother, Ran (short for Randal not Randolph), who wasn’t quite thirteen yet, thought he was wonderful. I don’t know what went wrong with me. It was like an evil magician had put electrodes in my brain.

Margaret Alastrina
(everyone calls me Maggie, but the full lineup is way more effective if you want to shout),
there’s no point in telling this story if you’re not going to be honest.
Okay, okay, I do know why I couldn’t deal with Val. It was the shadows. But in Newworld, where we’re all about science and you stop reading fairy tales about the time you
learn
to read (which always seemed really unfair), being afraid of shadows was silly and pathetic. Even if there were a lot of them and they didn’t seem to be the shadow
of
anything. (And if they were, whatever it was had way too many legs.) So I hated him for making me silly and pathetic. That’s
scientifically logical,
isn’t it?

For a while Mom made a fuss about it and tried to get us—Val and me—to do things together, I guess because she couldn’t believe I wouldn’t like him if I got to know him better. You know the kind of thing. We did the grocery shopping—with him being as useless as it’s humanly possible to be and me having to explain everything; why he hadn’t starved to death before he met Mom I have no idea—and when I got my learner’s permit Mom was always “Oh, take Val, I haven’t got time right now,” which was probably true but it was also Mom trying to make us friends. (And honestly, he was a pretty good learner driver’s passenger. He never blew about dumb stuff—and he didn’t even get upset when I put the tiniest—the
tiniest
—dent in Mom’s fender because there was this really unnecessary knob on the side of one of those big metal anti-cobey boxes and I couldn’t see it because the front of the car was in the way. We got out and looked at it and I thought, My life is over, but all Val said was, “I can bend that out again. Back into the driveway tonight so it’s on the other side and she’ll never know.”)

Mom probably couldn’t believe what had happened to her daughter. I’d been this disgustingly sweet, cooperative kid, always worried about everyone else (this got worse after Ran was born. I am
never
having kids. Moms with new babies have
no
life), which is to say this dreary little dreep. What started giving me my own personality finally was when I got old enough to volunteer at the Orchard Animal Shelter. I was
thrilled
at being allowed to shovel critter crap and scrub bowls. The self-confidence issues of a nine-year-old can be pretty weird.

I’d wanted a dog since forever, but about six months after Dad died, and Mom was still trying to be extra-nice to Ran and me, especially because she was working about twenty-six hours a day and exhausted and miserable and cranky when we saw her at all, I told her I’d found
my dog.
So while she gave me the old “a dog is a big responsibility” lecture and reminded me with lots of Mom gestures and eye contact that she was working twenty-six hours a day and backup from her was a nonstarter, her heart wasn’t really in it. I had wanted almost every dog that came into the shelter because whatever it was it was a
dog,
but this time it was one of those your-eyes-meet-and-you-know-you’re-made-for-each-other things. (My friend Laura has them about every six months with a new boy.) Clare was saving him for me while I dealt with Mom (and Ran, although Ran is fine about most things including dogs as long as they’re not his problem). So we brought Mongo home. Mongo is short for
mongrel
—we don’t know anything about him; one of the Watchguard guys brought him to Clare—but he’s totally a border collie.

He was maybe five months old and already crazy, and you could guess that some ordinary family hadn’t been able to cope with a hairy attack squad caroming off the walls and trying to fetch pieces of furniture so somebody would throw them for him. Mom, even having folded on the subject of my dog, was a little worried about Mongo but Clare said I’d cope, which made me feel better than anything ever had in my life before, certainly anything since Dad died. Mongo is also really, really happy and cheerful and loving (as well as crazy) and he was totally a good idea and just what we needed.

But the point is, he was my dog. We had him because I wanted a dog. I had to walk him twice a day and feed him and brush him (
way
too much fur. If I’d realized, I might have tried to fall in love with something short-haired) and make sure his water bowl was clean and full and all that. Which in Mongo’s case included a
lot
of remedial training, starting with SIT. Sitting to have his lead put on, sitting before he was allowed out the door, sitting before he could jump in the car, sitting before his food bowl was put down—and the accidental swallowing of the hand holding the bowl is not allowed either. Sitting got him used to paying attention to me as something more than the hand that throws the stick and puts the food bowl on the floor. (And pets him. Mongo will
lie still
for as long as someone is petting him.) Then there was convincing him that eating sofa cushions wasn’t allowed, or baseboards or shoes or origami figures that happen to fall on the floor—he ate the best dragon I ever made and the fact that Takahiro made me a better one doesn’t change anything—and finding a more or less chew-proof dog bed before I spent my entire college fund replacing the ones that weren’t chew-proof enough. I thought teaching him the long down was going to kill us both, although possibly my attention span wasn’t up to it either.

But I did it. I did it all. He barely even ate newspapers or gloves or (empty) cereal boxes after the first six months with us. I was the kind of kid who
did
walk the dog every day. Twice. Just getting enough exercise was a big thing with Mongo.

Although having to walk the dog became my excuse for not doing stuff with my friends. I kind of stopped having friends after Dad died. Everybody but Jill. Jill hung on like . . . like a really good friend who’d had her parents split up two years before and
was not going to lose
anybody else. She used to come home with me after school and walk Mongo too. I am really lucky to have Jill, although I didn’t know it for a while. I didn’t feel lucky.