The Qantas flight to Rome landed punctually, but Rayle’s relief soon turned to dread as he heard the announcement that the flight would be delayed. The plane had developed mechanical difficulties. The two sat in the departure lounge waiting as minutes turned to hours. Rayle looked at Svetlana. She, too, had begun to be agitated. To cope with the mounting tension, Rayle got up periodically to check the arrivals desks. He knew that the regular Aeroflot flight from Moscow arrived at 5:00
a.m. and a large delegation from the Soviet Embassy always came to greet the diplomatic couriers and the various dignitaries arriving or departing. Members of the Aeroflot staff were already beginning to open their booth. Finally, the departure for Rome was announced. At 2:45 a.m. the Qantas flight for Rome was airborne at last.
16

As they were in midair, a cable about the
defector
arrived at the American Embassy in New Delhi. In Washington Donald Jameson, who served as CIA liaison officer to the State Department, had informed Deputy Undersecretary of State Foy Kohler of the situation. Kohler’s reaction was stunning—he exploded: “Tell them to throw that woman out of the embassy. Don’t give her any help at all.”
17
Kohler had recently served as American ambassador to the USSR and believed that he had personally initiated a thaw in relations with the Soviets. He didn’t want the defection of Stalin’s daughter, especially coinciding with the fiftieth anniversary of the Russian Revolution, muddying the waters. When the embassy staff read the flash cable rejecting Svetlana’s appeal for asylum, they replied, “You’re too late. They’ve gone. They’re on their way to Rome.”
18

The staff failed to check the status of the Qantas flight. Had they discovered that Svetlana and Rayle were sitting for almost two hours in the airport lounge and could have been recalled, Svetlana would have been driven back to the embassy and “kicked out.” The whole course of her life would have gone very differently. But Svetlana’s life always seemed to dangle on a thread, and chance or fate sent her one way rather than another. She would come to call herself a gypsy. Stalin’s daughter, always living in the shadow of her father’s name, would never find a safe place to land.

PART ONE
The
Kremlin Years

Chapter 1
That Place of Sunshine 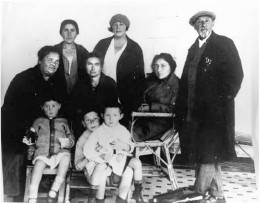 O
ver her lifetime, Svetlana often would take out the photographs from her early childhood and muse over them,
experiencing that lovely, brutal nostalgia of photos trapping time. Her mother had always been the one with the camera taking the pictures. Everyone at the family gatherings was so young and alive, so simple and ebullient, wearing a picnic face. The first six and a half years of her life, until her mother’s death in 1932, were, in Svetlana’s mind, the years of sun. She would speak of “that place of sunshine I call my childhood.”
1

Who can live without personal retrospect? We will always glance back to our childhood, for we are shaped deep in our core by the impress of our parents, and we will always wonder how that molding determined us. Svetlana willfully believed in her happy childhood, even as she gradually understood that it was secured by untold bloodshed. What was it about this strange childhood that she would always turn to it for solace?

Svetlana grew up in the Kremlin, the citadel of the tsars, a walled fortress on the edge of the Moskva River, almost a small autonomous village but with imposing towers, cathedrals, and palaces centered on Cathedral Square with massive gates opening onto Red Square and the city beyond. One might think this royal fortress was impossibly grand, but when she was born there in 1926, the second child of Joseph and Nadezhda (“Nadya”) Stalin, the Russian Revolution was only nine years old. The public would always see her as the princess in the Kremlin, but her father’s Bolshevik discipline dictated a relatively modest life.

The Stalins lived in the old Poteshny Palace, a three-story building erected in 1652. It was known as the Amusement Palace and served as a theater for comic performances until, in the nineteenth century, it housed the offices of the Okhrana, the tsar’s secret police. The Poteshny retained its elegant theatrical chandeliers and carpeted staircase, up which the Stalins climbed to their gloomy, high-ceilinged apartment on the second floor.

Svetlana remembered that apartment: “There was [a room] for the governess, and a dining room large enough to have a grand piano in it…. In addition there was a library, Nadya’s room, and Stalin’s tiny bedroom in which stood a table with telephones.”
2
There were two rooms for the children (she shared hers with her nanny), a kitchen, the housekeeper’s room, and two bathrooms. Wood-burning stoves heated all the rooms. As she described it, “it was homely, with bourgeois furniture.” Families of other Bolshevik leaders lived across the lane in the Horse Guards building and casually dropped by.

In keeping with the ideology of the Party, there was no private property. Everything belonged to the state, down to the wineglasses and silverware, which meant, in the end, that everything was up for grabs. In the early days, even Party members had ration cards for food, but their use was hypothetical. In a country where the populace was starving, there was always enough food for the intimate soirees when the Party magnates gathered in one another’s apartments. All the leaders were assigned one of the country dachas abandoned by the rich upper classes who had fled in the early days of the Revolution.

When Svetlana was born, on February 28, she entered an already crowded household. Her brother Vasili had been born five years earlier, on March 21, 1921. The story went around that Nadya, demonstrating Bolshevik austerity and an iron will, had walked to the hospital after dinner to deliver her son. Once the ordeal was over, she phoned home to congratulate Stalin.
3
Svetlana’s half brother Yakov Djugashvili, the child of Stalin’s first marriage, had also joined the household in 1921. Yakov was nineteen years older than Svetlana and would become her champion until his brutal death in a Nazi POW camp.

Family life had a Chekhovian quality, with relatives wandering into and out of the Kremlin apartment. There were two branches of the family: the Alliluyevs and the Svanidzes.
Nadya’s own family constantly visited. By now the large clan included Nadya’s parents, Olga and Sergei Alliluyev; her brothers, Fyodor and Pavel; Pavel’s wife, Eugenia (“Zhenya”); her sister, Anna; and Anna’s husband, Stanislav Redens. All the family members would come to play tragic parts in the Stalin narrative.

The Svanidze branch arrived from Georgia in 1921, shadows out of Stalin’s past. In 1906, when the Georgian-born Joseph Stalin was still just a local agitator fomenting revolution under the code name Soso, he married the sister of a school friend and fellow underground revolutionary, Alexander (“Alyosha”) Svanidze. In those prerevolutionary days, when the triumph of the Bolsheviks seemed impossibly distant, Svanidze’s three sisters ran an haute couture fashion house in Tiflis (Tbilisi), called Atelier Hervieu. The waiting room was always full of counts, generals, and police officers. While the sisters fitted the dress of a general’s wife in one room, the revolutionaries discussed their plans for sabotage next door and hid their secret documents inside the stylish mannequins.
4

The youngest sister, the exquisitely lovely Ekaterina Svanidze, whom everyone called Kato, fell in love with the mysterious and witty Comrade Soso. By then he was head of the Bolshevik faction in Tiflis, and it was no surprise that the tsar’s secret police often came calling. Kato was pregnant within months of their marriage and gave birth to Yakov in March 1907. She contracted typhus shortly afterward. The family reported that Kato, just twenty-two, died in Soso’s arms on November 22, 1907. At the funeral, a distraught Soso threw himself into the grave with the coffin, and then he disappeared for two months.
5

Looking back, Stalin would tell his daughter, Svetlana, that Kato “was very sweet and beautiful: she melted my heart”
6
—but not quite enough, it seemed, for him to assume responsibility for their infant son. He abandoned Yakov to the care of his mother-in-law and the Svanidze sisters. One of the few contacts that the family had with Stalin was a letter from Siberia during one of his pre-Revolution exiles, asking them to send him wine and jam.
7

On a visit to Georgia in 1921, the Svanidze family encouraged Stalin to bring his fourteen-year-old son back with him to Moscow. Stalin’s brother-in-law, Alyosha Svanidze, who’d been so close to Stalin in his early revolutionary days, also came, bringing along his sisters, Mariko and Sashiko, thus joining the Kremlin elite. A Europeanized Georgian, Alyosha had studied in Germany and was something of a dandy. His beautiful, flamboyant wife, Maria, from a wealthy Jewish family, who had sung in the Tiflis opera before her marriage, came
with him. It would have been much safer for them had they all stayed in Georgia.

Artyom Sergeev, Nadya and Stalin’s adopted son, occasionally visited. His father had been killed in 1921 while testing a new high-speed train powered by an airplane engine. Though Artyom’s mother was still alive, Stalin adopted the boy, in keeping with the Bolshevik custom of assuming the care of orphans of Party members. Artyom became the bosom buddy of Svetlana’s brother Vasili.
8

The only person who was always absent from these family gatherings was Stalin’s mother, Ekaterina, affectionately known as Keke. Nadya would write her mother-in-law encouraging letters: “Things here seem to be all right, we’re very well. The children are growing up…. Altogether we have terribly little free time, Joseph and I…. Still, I’m not complaining and so far, I’m coping with it all quite successfully.”
9

Though she had visited the Kremlin once to meet Nadya, Stalin’s widowed mother refused to abandon her beloved Georgia. She lived in the old Viceroy’s Palace in Tiflis, where she chose to occupy a room on the ground floor next to the servants’ quarters, while the top floors were reserved for social functions.

To Svetlana, who seems to have met her only once in Georgia, her paternal grandmother, Keke, was a stranger and therefore rarely a part of her family mythology. Svetlana knew the stories: that her grandfather Vissarion “Beso” Djugashvili had been a cobbler who, in his drunken rages, had beaten his son brutally until Keke finally kicked him out. Keke had scraped together the money to send Joseph to the Gori Church School and then on to the Tiflis Seminary, intending him to become a priest. Svetlana always said that the notorious brutality of the Orthodox priests, who punished their students with solitary
confinement for days in dungeonlike cells, had shaped her father’s penchant for cruelty. 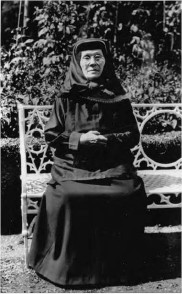 Beautiful Misery (Miss Misery) by Tracey Martin
The Raj Quartet, Volume 1: The Jewel in the Crown: The Jewel in the Crown Vol 1 (Phoenix Fiction) by Scott, Paul
Alexandre by Shelley Munro
Cutting Loose by Tara Janzen
Admiral by Phil Geusz
Because It Is My Blood by Zevin, Gabrielle
Stripped by Morgan Black
Death of a River Guide by Richard Flanagan
The Devastatingly Beautiful Series by M Dauphin
The Last Free Cat by Blake Jon