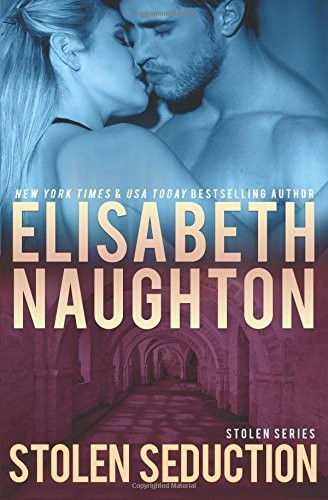 CP extraordinaire, expert at everything, my rock, my sanity, my partner in all things murder and

mayhem. This book is dedicated to you for so many reasons, but mostly because without you, it just

“You’re trying to get my ass kicked, aren’t you?”

Hailey Roarke smiled at the moody male voice echoing in her ear as she peered into the darkness.

“Define trying,” she said into the mike attached to her turtleneck.

“Trying,” Billy Sullivan grumbled in her earpiece, the frown in his voice as obvious as his perpetual

sarcasm. “As in, doing whatever the hell you can to make sure I get caught and you walk away scotfree.”

Hailey flashed her light around the cement walls of the steam tunnel, no more than four feet wide

and six feet tall. A dim hiss echoed all around her. Above, pipes filled with blistering hot water ran

just under street level from house to house in the historic Chicago neighborhood. Trying to get his

ass kicked? From where she stood, Billy had the cake job, sitting in the van running surveillance

while she did the down and dirty work.

“I don’t need to ‘try’ to kick your ass, Billy. I could do it anytime I wanted.”

“Don’t I know it,” Billy mumbled. “No wonder you’re single. Take a right at the next intersection.”

right over her boot. “Okay, smart guy. Tell me again why we couldn’t go street side. Chicago underground isn’t my idea of a happening scene.”

“Why, H,” he said with a lilt to his voice. “You’re not claustrophobic like my brother, the saint, are

She ignored the jab at her ex-husband and shined her light into the shadows, looking for any signs

Mickey Mouse had a friend. Or ten. “Claustrophobic? No. Rodent-phobic? Um. Yeah. Slightly.”

He chuckled in her ear. “The tough girl has a weakness after all.”

Hailey pursed her lips. She had a whole host of weaknesses, not that she was going to share those

“And the answer to your question,” he added, “is because you said you didn’t want anyone to know

She reached a hand up to the ladder now in front of her. “Remind me to take a more active role in

the planning stage next time.”

“Is there going to be a next time?”

Hailey let out a breath as she climbed the ladder in front of her and fantasized about her little apart-ment in Key West. Today the Keys seemed as far away as Jupiter. And she missed them more than

She missed her plants, which she hoped her neighbor Tonia was watering. Missed her little patio

with its bistro table and two metal chairs she’d picked up at a garage sale. Missed her air-conditioning that only worked half the time, and Mr. Alanzo’s snoring from next door. She even missed Rascal, the neighborhood tom who was always lurking around, wailing in the middle of the night for

Mrs. Potts upstairs to open her slider so Tabitha could get out and the two could go on a lovers’

She missed it all because it was hers and not tied in any way to Roarke Resorts or her family. And

because she’d worked her ass off with the Key West Police Department for everything she had. She

didn’t have to share it with anyone, and no one told her what to do. And if she was a little lonely because of that fact, well, she got over it. At thirty-four, she already knew she wasn’t marriage material. Or Roarke Resorts material. Or detective material, either. But that was okay. She was happy with

her life. At least, she had been.

Had it really been a month since she’d been home? God, it felt longer. When her father had called

five-star hotels up and down the East Coast—she’d immediately said no. But when he’d calmly told

her it was the last thing he was ever going to ask her to do and that if she helped him, he wouldn’t

To be free of the Roarke family for good? Now that was a prize worth sacrificing her cozy little life

Of course, now she wondered if it had been the biggest mistake she’d ever made.

“Okay.” Billy’s voice turned serious in her ear, dragging her attention back to the moment. “When

you get to the top you may have to jimmy the manhole cover.”

She stopped inches from the ceiling, her feet perched precariously on the rungs of the old ladder,

and pushed her hands against the cool metal above. The cover didn’t budge. “Define…jimmy,” she

said, as she pushed again.

“I don’t know. Try turning counterclockwise and pushing up at the same time.”

Hailey widened her stance, then shoved hard. She grunted from the exertion, clenched her teeth and

used every ounce of strength in her muscles. Just about the time she was sure there had to be a car

parked on top of this thing, the cover slipped, slipped again and finally gave way.

She groaned as she pushed the cover up and off with aching arms, then hauled her body out of the

steam tunnel with what little strength she had left. “Okay,” she said on a deep breath when she was

sitting on the ledge with her feet hanging down into the hole, “I’m through.”

She shined her light up and around while her chest rose and fell with her breathing. “Stairs.”

Computer keys clicked in the background, and she imagined him sitting in the back of the rented

van, keying in her location on his trusty map. “Ya done good, H. You’re in the pump house.”

At least one part of this was going right. If he hadn’t been feeding her directions, though, she’d still

be lost down there in the dark. She pushed to her feet and headed up the steps. “What are the

“How’s your luck been lately?”

When she reached the top of the stairs, she wrapped her hand around the pump house doorknob and

said a quick prayer her luck was changing. Holding her breath, she turned the knob. Metal in need

of a good oiling scraped against rusty metal, and then the door gave with a soft click.

the door at her back. She hadn’t bothered with a heavy coat, and the January wind whipped through

her light jacket, but the cold was the least of her worries now. In a matter of minutes—she hoped—

she’d be in that nice warm house across the grass. “Two doors down,” she said into her mike. “I’m

heading across the yard now.”

“You might just be my dream woman after all,” Billy teased.

and silently made her way across the yard. In all probability they could have figured out a way for

her to slink up to the house above-ground, but the chances of her being noticed in this historic

neighborhood were far too great. This Roarke property had been in the family’s holdings for years,

and the rich old biddies who still lived on this quiet street kept a close eye out for anything unusual.

When she reached the kitchen door, she pulled out the slim pick kit from her back pocket.

“I know, I know,” she mumbled. But practicing on a dummy lock in her suite up in Lake Geneva

and doing the deed in subzero temperatures in the dark was something altogether different. She ignored the chill in her fingers and the wind whipping down the back of her collar and instead focused on her task.

It took three tries, but she finally got it. The lock gave with a click, and suddenly she was moving

into the industrial-size kitchen and closing the door. “Another door down,” she whispered into her

“I think I’m in love,” Billy said. “Okay, you have twenty-four seconds before the alarm goes off.”

No surprise, her trusty cousin Bryan Roarke, who’d been staying at the Chicago property for the

last three months, had changed the access code. She and Billy had expected that, though, and they’d

gone over this part as well, so she knew how to pop the cover and where to attach the wires from

the small pocket-size computer Billy had given her. As she waited for the numbers to click onto the

screen, she hoped like hell she wasn’t tripping a silent alarm somewhere.

When the last number appeared, she keyed in the code and waited. An eternity seemed to pass before the light turned green, signaling the system was disarmed.

She finally let out the breath she’d been holding, and for the first time noticed the sweat sliding

down her temple. She wiped a hand across her brow. “Okay. Done.”

the kitchen. “I think that would cause some problems, don’t you?”

The room was silent but for the hum of the furnace somewhere in the depths of the old house. Hailey’s eyes skipped over the stainless-steel appliances—all upgrades from the last time she’d been

here as a kid—the copper pots hanging from the ceiling, the mission-style furniture and miles of

black granite. “I was thinking more along the lines of your dating habits, Billy. A wife tends to get

in the way of things like all-night parties and buxom beach babes.”

“There is that,” he said wistfully. “Listen, you’re free and clear. I’ve got an eye out, but the housekeeper left when you were in the steam tunnel, and you said Bryan’s not due back for another two

“At least. He’s at some charity function downtown. Not that the man knows a thing about giving to

the poor.” He didn’t know much about running a business, either. Bryan was in charge of the new

resort being built in Lake Geneva, but the project had been horribly mismanaged. Bitterness brewed

in her chest as she crossed the kitchen’s hardwood floor, rounded the big old oak table she remembered eating at years ago and headed into the heart of the three-story colonial.

She really should feel something for this old house. She’d been here numerous times as a kid, had

some pretty decent memories of chasing Bryan—before he’d turned into a jerk—through the thirdfloor suite of rooms while they pretended they were the kids in The Lion, the Witch and the

Wardrobe. But by and large to her the monstrosity of the house was just as massive and empty as

her parents’ place back in Palm Beach.

Hell, it was just as massive and empty as her family in general.

Shoving that piece of emotional baggage deep into the recesses of her mind, Hailey wove through

the long, elegant dining room with its Louis IV chairs, until she found herself standing in the enormous entryway looking up at the circling staircase that wound its way up three towering flights.

Where would he hide it? The terms of her eccentric father’s will flitted through Hailey’s mind. The

individual who collects all six statues and deciphers the code locked within will be awarded controlling interest in Roarke Resorts.

Controlling interest. Not something she’d ever wanted, yet here she was, breaking into a house she

technically owned but didn’t have access to. True, the cryptic personal note her father had left for

her had piqued her interest in his ludicrous will, but it was Bryan’s not-so-gentle message that had