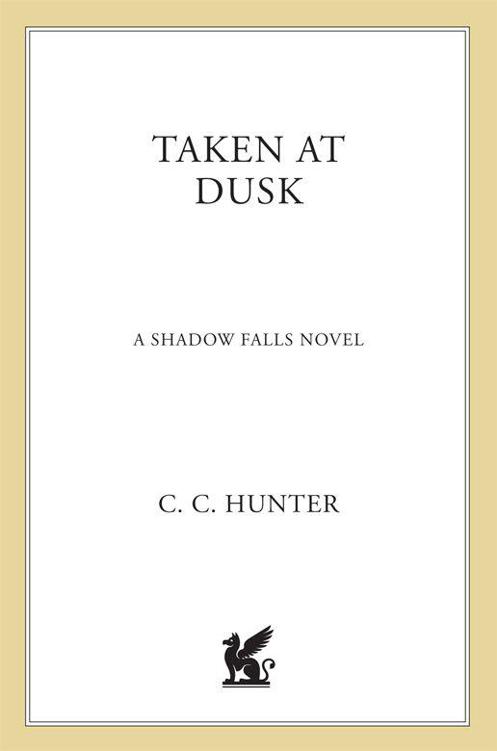 There’s always a person in your life who you know helped make you who you are. A person who, without them, you wouldn’t have taken the same journey. A person who didn’t just make a difference, they were the springboard for all you’ve achieved. Thank you hubby, Steve Craig, for all you have done to help me become who I am. Thank you for the love, for the years, and for the endless laughter you share with me. We make a hell of a team, don’t you think?

To my agent, whose support and guidance is just what this writer needs. To Rose Hilliard, an angel of an editor. To Faye Hughes, my first reader, who isn’t afraid of my scary first drafts. Thanks for the help, but mostly thanks for the friendship. To Susan Muller, Teri Thackston, and Suzan Harden: thank y’all for the support, the friendship, the critiques, and a heck of a lot of laughter. You will never know how much you mean to me. To Jody Payne, a woman whose courage and strength inspires me, whose writing support and friendship is invaluable.

To Rosa Brand, aka R. M. Brand, whose brilliance as a graphic artist stuns me. Thanks for your support, for your fabulous videos, and for the newfound friendship. Thanks to Kathleen Adey for the editing and support with publicity; you make meeting my deadlines an easier task.

Teaser for
Whispers at Moonrise

They were here. Really here.

Kylie Galen stepped out of the crowded dining hall into the bright sunlight. She looked over at the Shadow Falls office. Gone was the chatter of the other campers. Birds chirped in the distance and a rush of wind rustled the trees. Mostly she heard the sound of her own heart thudding in her chest.

Her pulse raced at the thought of meeting the Brightens, the couple who had adopted and raised her real father. A father she’d never known in life but had grown to love in his short visits from the afterlife.

She took one step and then another, unsure of the emotional storm brewing inside her.

A drip of sweat, more from nerves than Texas’s mid-August heat index, rolled down her brow.

Go and uncover your past so you may discover your destiny.
The death angels’ mystical words replayed in her head. She took another step forward, then stopped. Even as her heart ached to solve the mystery of who her father was—of who she was and, hopefully, what she was—her instincts screamed for her to run and hide.

Was this what she feared? Learning the truth?

Before coming to Shadow Falls a few months ago, she’d been certain she was just a confused teen, that her feelings of being different were normal. Now she knew better.

She wasn’t even human. At least not all human.

And figuring out her nonhuman side was a puzzle.

A puzzle the Brightens could help her solve.

She took another step. The wind, as if it were as eager to escape as she was, whisked past. It picked up a few wayward strands of her blond hair and scattered them across her face.

She blinked, and when she opened her eyes, the brightness of the sun had evaporated. Glancing up, she saw a huge, angry-looking cloud hanging directly overhead. It cast a shadow around her and the woodsy terrain. Unsure if this was an omen or just a summer storm, she froze, her heart dancing faster. Taking a deep breath that smelled of rain, she was poised to move when a hand clasped her elbow. Memories of another hand grabbing her sent panic shooting through her veins.

“Whoa. You okay?” Lucas lightened his clasp around her arm.

Kylie caught her breath and stared up at the werewolf’s blue eyes. “Yeah. You just … surprised me. You always surprise me. You need to whistle when you come up on me.” She shoved down the memories of Mario and his rogue vampire grandson, Red.

“Sorry.” He grinned and his thumb moved in soft little circles over the crease in her elbow. Somehow that light brush of his thumb felt … intimate. How did he make a simple touch feel like a sweet sin? A gust of wind, now smelling like a storm, stirred his black hair and tossed it over his brow.

He continued to stare at her, his blue eyes warming her and chasing away her darkest fears. “You don’t look okay. What’s wrong?” He reached up and tucked a wayward strand of hair behind her right ear.

She looked away from him to the cabin that housed the office. “My grandparents … the adopted parents of my real dad are here.”

He must have picked up on her reluctance to be here. “I thought you wanted to meet them. That’s why you asked them to come, right?”

“Scared?” he finished for her.

She didn’t like admitting it, but since werewolves could smell fear, lying was pointless. “Yeah.” She looked back at Lucas and saw humor in his eyes. “What’s so funny?”

“You,” he said. “I’m still trying to figure you out. When you were kidnapped by a rogue vampire, you weren’t this scared. In fact, you were … amazing.”

Kylie smiled. No, Lucas had been the amazing one. He’d risked his life to save her from Mario and Red, and she’d never forget that.

“Seriously, Kylie, if this is the same couple I saw walking in here a few minutes ago, then they’re old and just humans. I think you can take them with both hands tied behind your back.”

“I’m not scared like that. I just…” She closed her eyes, unsure how to explain something she wasn’t clear on herself. Then the words just came. “What am I going to say to them? ‘I know you never told my father he was adopted, but he figured it out after he died. And he came to see me. Oh, yeah, he wasn’t human. So could you please tell me who his real parents are? So I can figure out what I am?’”

He must have heard the angst in her voice because his smile vanished. “You’ll find a way.”

“Yeah.” But she wasn’t that confident. She started walking, feeling his presence, his warmth, as he accompanied her up the steps to the cabin. The walk was easier with him beside her.

He stopped at the door and brushed a hand down her arm. “You want me to come inside with you?”

She almost told him yes, but this was one thing she needed to do on her own.

She thought she heard voices and glanced back at the door. Well, she wouldn’t exactly be alone. No doubt Holiday, the camp leader, waited for her inside, prepared to offer moral support and a calming touch. Normally, Kylie objected to her emotions being manipulated, but right now might be an exception.

“Thanks, but I’m sure Holiday is in there.”

He nodded. His gaze moved to her mouth, and his lips came dangerously close to hers. But before his mouth claimed hers, that bone-cold chill that came with the dead descended on her. She pressed two fingers to his lips. Kissing was something she preferred to do without an audience—even one from the other side.

Or maybe it wasn’t just the audience. Was she totally ready to give herself over to his kisses? It was a good question, and one she needed to answer, but one problem at a time. Right now she had the Brightens to worry about.

“I should go.” She motioned to the door. The cold washed over her again. Okay, she had the Brightens and a ghost to worry about.

Disappointment flashed in Lucas’s eyes. Then he shifted uncomfortably and looked around as if he sensed they weren’t alone.

“Good luck.” He hesitated and then walked away.

She watched him leave and then looked around for the spirit. Goose bumps danced up her spine. Her ability to see ghosts had been the first clue that she wasn’t normal.

“Can this wait until later?” she whispered.

A cloud of condensation appeared beside the white rocking chairs on the edge of the porch. The spirit obviously lacked the power or the knowledge to complete the manifestation. But it was enough to send the chairs rocking back and forth. The creaking of wood on wood sounded haunted … which it was.

She waited, thinking it was the female spirit who had appeared earlier today in her mother’s car as they drove past the Fallen Cemetery on their way to camp. Who was she? What did she need Kylie to do? There were never any easy answers when dealing with ghosts.

“Now’s not a good time.” Not that saying so would do any good. Spirits believed in the open door policy.

The smear of fog took on more form, and Kylie’s chest swelled with emotion.

“Daniel?” Kylie reached out. The tips of her fingers entered the icy mist as it took on a more familiar form. Hot emotion—a mixture of love and regret—coursed up her arm. She yanked her hand back, but tears filled her eyes.

“Daniel?” She almost called him Daddy. But it still felt awkward. She watched as he struggled to manifest.

He’d once explained that his time to linger on earth was limited. More tears filled her eyes as she realized how limited. Her sense of loss tripled when she considered how hard this must be for him. He wanted to be here when she met his parents. And she needed him here, too—wished he’d told her more about the Brightens—and wished more than anything that he’d never died.

“No.”
His one word, briskly spoken, sounded urgent.

“No, what?” He didn’t—or couldn’t—answer. “No, I shouldn’t ask them about your real parents? But I have to, Daniel, that’s the only way I’ll ever find the truth.”

“Not what? Not important?” She waited for his answer, but his weak apparition grew paler and his spiritual cold began to ebb. The white chairs slowed their rocking and silence rained down on her.

“It’s important to me,” Kylie said. “I need…” The Texas heat chased away the lingering chill.

He was gone. The thought hit that he might never come back. “Not fair.” She swatted at the few tears she’d let fall onto her cheeks.

The need to run and hide hit again. But she’d procrastinated long enough. She grasped the doorknob, still cold from Daniel’s spirit, and went to face the Brightens.

Inside, Kylie heard light murmurs coming from one of the back conference rooms. She tried to tune her ear to hear the words. Nothing.

In the last few weeks, she’d unexpectedly been gifted with sensitive hearing. But it came and went. What good was a power if one didn’t know how to use it? It only added to the feeling of everything in her life being out of her control.

Biting her lip, she eased down the hall and tried to focus on her main goal: getting answers. Who were Daniel’s real parents? What was she?

She heard Holiday say, “I’m sure you’re going to love her.”