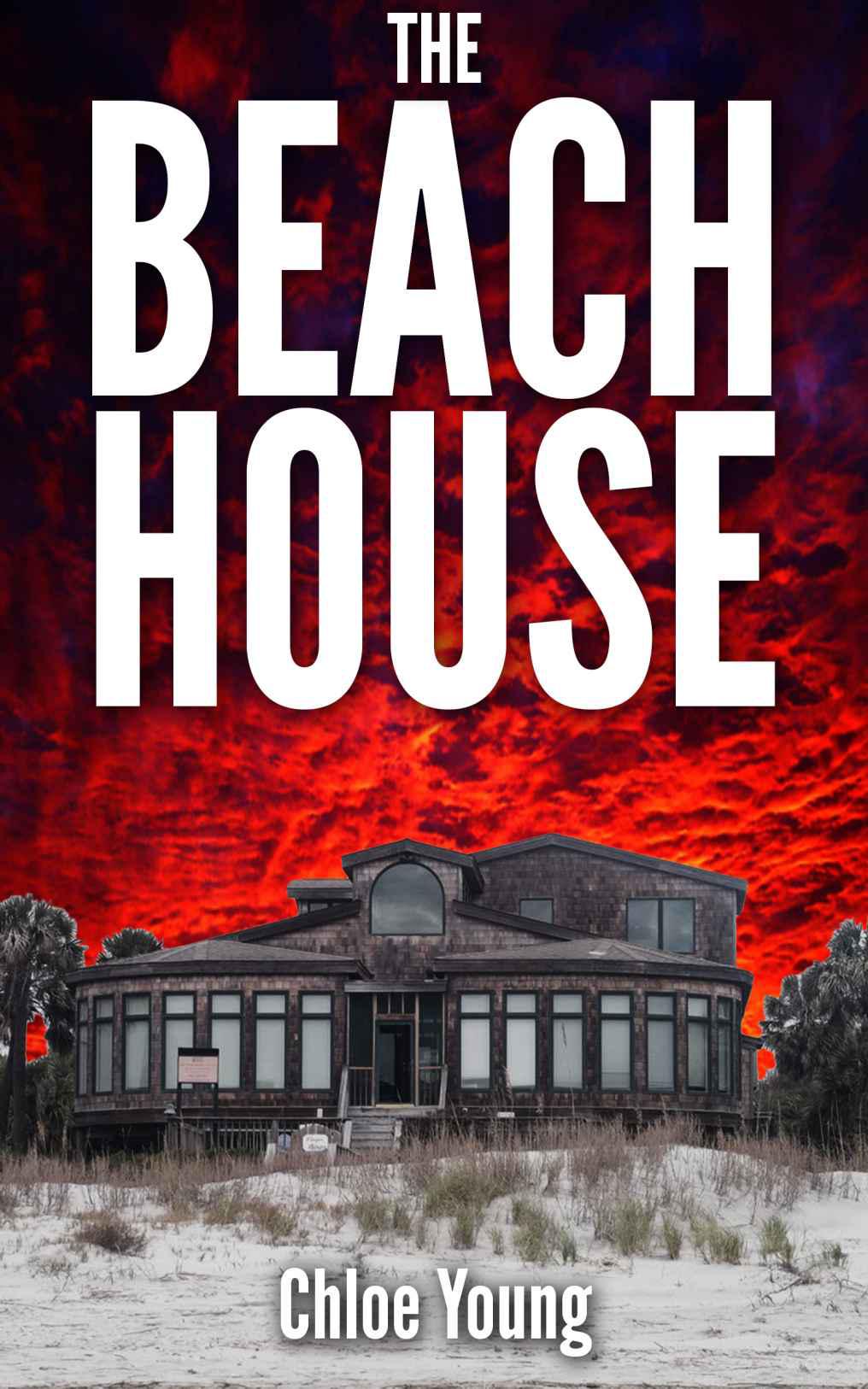 Copyright ©2013
Are You Scared eBooks

The following story contains mature content and is intended for adult readers.
This is a work of fiction. Names, characters, places and incidents either are products of the author’s imagination or are used fictitiously. Any resemblance to actual events or locales or persons, living or dead, is entirely coincidental.

Jonathan looked up at his big brother. “Damon, what are you doing? Want to play a game with me?”

Damon had been digging mindlessly in the sand. “No, Jonathan. I don’t want to play any games with you. Not
right now, maybe later. It’s time to go in and get ready for bed anyway.”

Damon had always hated his little brother. He didn’t like anything about him. He especially hated the way that he got all of the attention from their parents. He was tired of hearing about all of the great things his little brother could do. According to his parents, Jonathan was a genius, the brightest kid in his class. They never got excited about anything that he did, it was almost as if he didn’t exist to them.

There was only one thing that Damon even remotely liked about his brother. It was that Jonathan looked up to him more than he did anyone else. Damon had no idea why that was the case. It certainly wasn’t due to any kindness that he had shown him. It didn’t really matter why Jonathan loved his big brother so much. What mattered was that Damon knew he could get his little brother to do just about anything that he wanted.

At least once every summer, they came to the beach house on vacation. It was his parents’ favorite time of the year. They loved seeing their boys out there in the ocean. Swimming was the only thing that Damon could do better than his brother. He could swim laps around Jonathan. Of course, Jonathan knew not to go out too deep into the water. That didn’t stop Damon from trying to get him to go further out into those crashing waves. His little brother would always stay back with their parents though. It was the perfect family of three.

His parents found the beach to be very relaxing. In the day time, there was plenty of sunshine and sand. During the night, the gentle rocking of the waves put them into a very peaceful sleep.

The two boys and their parents slept on the upstairs floor of the beach house. Damon shared a wall with his parents. He listened through the wall until he heard no more talking. That meant that at least one of them had fallen asleep. He quietly got out of bed and opened the door to his parents’ room. His dad was snoring loudly and his mom looked to be sleeping peacefully in spite of it.

He pulled the door shut and tiptoed to his eight year old brother’s room. He opened the door slowly and went in. As expected, his little brother was reading a book with the flashlight shining upon it. Damon sat down next to him on the bed. “Hey, you wanna to go down to the beach. We could go out into the water.”

Jonathan looked up at his big brother. “Are mom and dad going?”

“We don’t need mom and dad. I’m there. I won’t let anything happen to you.”

Jonathan trusted his big brother more than anyone so he decided it would be okay to go outside with him. Jonathan shook his head to signify that yes, he wanted to go down to the beach.

Damon took his hand and whispered. “We need to be very quiet. Mom and dad are sleeping.”

The two boys made their way down the stairs and out the door. Damon was sure to leave the door unlocked and close it gently behind him.

The moon was full and it cast an eerie glow across the top of the water. The waves were slightly more tumultuous compared to earlier in the day. The beach, itself, was completely empty except for the two of them. It was as if the whole world were sleeping. Damon knew he could do anything he wanted, and no one would even know.

Jonathan looked at his brother. “I’m scared, Damon. Let’s go back inside.”

Damon had no intention of going back inside. “Don’t worry, it will be fun. We have the whole beach to ourselves.”

His big brother continued to hold his hand. “Come on, Jonathan, let’s swim a little further out. That way we can get some bigger waves.”

Still holding his brother’s hand, Damon made his way a little further out. The water was now up to his little brother’s chin. The first wave to come down went over Jonathan’s head, causing him to go under water momentarily.

When his head came back above the surface of the water, Damon could see the panic in his eyes. It was a look that brought him much satisfaction. “You having fun? Let’s go just a little further. Another five minutes, then we can go in and go back to bed.”

Jonathan squeezed his brother’s hand. “I don’t want to go. I want to go back to the house and see mom and dad. Please, Damon.”

Damon ignored this request and made his way further out. Jonathan was afraid to let go of his brother which meant that he was taken further out into the ocean as well. The water was now too deep for Jonathan. He could no longer stand up and have his head above the water. He knew some of the basics of swimming, but was having a difficult time keeping his feet kicking under the water.

The next wave came along and crashed down just over top of them. They both went under for a minute, and Damon let go of his brother’s hand. He could feel Jonathan’s fingers grasping for him, but he made no effort to reconnect with his brother. When Damon’s head broke the surface of the water, he could not see his little brother anywhere. He looked to each side and behind him, but Jonathan was not visible in the dark waters.

Just as he started to swim back to shore, Damon saw Jonathan’s head pop up above the water. He was thrashing his arms around and calling out to him. “Damon! Damon, help!”

Damon smiled at his brother and continued to swim to shore. He stood on the beach and looked out over the ocean. Aside from the waves, all was calm and quiet. He quietly made his way back to the beach house and went inside for some much needed sleep.

Kristi was furiously trying to jam outfit after outfit in a suitcase that was apparently way too small for a weekend trip to the beach. She was beautiful though, long blonde hair that came down just past her shoulders. She was tall and thin enough to be a model and often daydreamed about life on the run way. Damon watched her in her denim shorts and tight fitting white tank as she piled yet another swim suit on top of the ever growing pile.

Damon watched the outfits accumulate and rolled his eyes. “You
know we’re only going to the beach house for a couple of nights, right?”

Kristi smiled. “Yes, I know that. A girl has got to look good though. You never know when an outfit change will be necessary!”

Kristi was not the smartest girl in the world so it was important for her to look good. She knew how to get guys’ attention. Typically, she would not have gone for a guy like Damon. He was very different from the usual jock-type guys she dated. But, there was something incredibly mysterious about Damon. He was very secretive when it came to his past. Kristi was intrigued by him, and thought that perhaps, she needed to open herself up to different kinds of men. She certainly had not had much luck when it came to dating of late. She was tired of having her heart broken by men who only saw her as an object. It was time to have a real, meaningful relationship.

Kristi caught the eye roll and tossed a shirt at Damon who was now sprawled across her bed. “So how come we’ve never been to the beach house before this weekend? I mean, we’ve been dating for about six months now.”

Damon hadn’t brought up the beach house to any friend, including girlfriends, since he began dating. His family had pretty much abandoned it after Joseph’s
accident
. It was no longer an annual summer getaway, but had become the place where their lives all but ended. His parents were never the same. Damon couldn’t help but smile as he recalled the morning after the accident. Joseph was no where to be found, his parents ran up and down the beach frantically calling his name over and over again until their throats were raw and they could barely get out “Jo-”. Damon had tried to convince them that Joseph had probably wandered out on his own to see the beach at night or to play in the water.

Kristi interrupted his reminiscing, “
So
why haven’t we gone there?”

“My family hasn’t used the beach house in years. I almost forgot all about it to be honest.”

That was a laugh, he would never forget about what happened that night and at that place. He often dreamt about the struggle as the water came crashing over his little brother’s face.

“Well, Mark and Megan will be here in a few minutes. Help me get all of this shit to fit in here so we can get to the beach.”

Damon crammed in Kristi’s outfits and pushed the latch on the top of the suitcase. “There, it’s all in there. You ready now?”

Kristi smiled flirtatiously at her boyfriend. “Yes, all ready. I can’t wait to get there. It’s going to be so much fun with the four of us. I know you’re not crazy about Mark, but this might allow the two of you to do some bonding.”

Damon couldn’t stand the idea of bonding with Mark. He couldn’t imagine a single thing that they would have in common. He only hoped that he could tolerate him for the majority of the trip.

With that thought, he carried their bags down the stairs and placed them by the door. He was ready to get back to the beach house.

LEATHER AND LACE (BAD BOYS & GOOD GIRLS, #1) by Susan Arden
The Dead Janitors Club by Jeff Klima
SHUDDERVILLE TWO by Zabrisky, Mia
Cavern of the Blood Zombies (2011) by Xu, Lei
Rage Unleashed by Casheena Parker
A Man of Honor by Ethan Radcliff
The Divine Appointment by Jerome Teel
The Writer and the World by V.S. Naipaul
The Sword Dancer by Jeanne Lin
Sherlock Holmes Was Wrong by Pierre Bayard