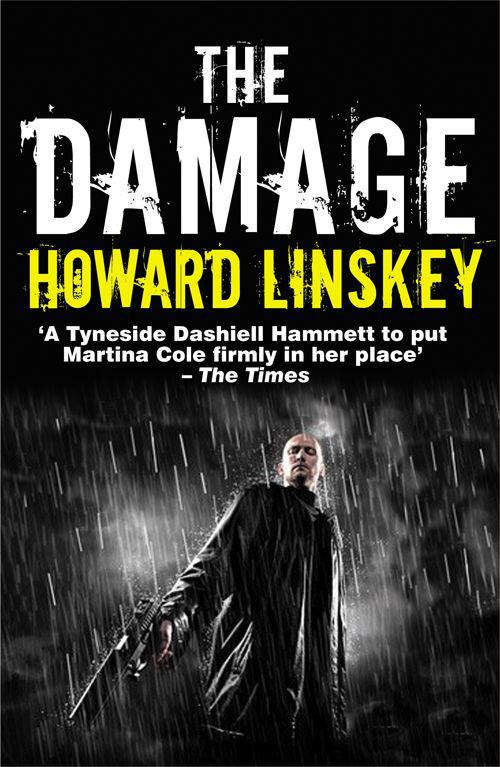 ‘There’s a thought that keeps me awake at night; I have to be lucky every time, they only have to get lucky once.’

David Blake is a worried man. He should be enjoying the high life now he’s Newcastle’s ‘Top Boy’, the man who controls everything in the city that’s worth controlling. He lives in exiled luxury, while his brother Danny and trusted right-hand men, Palmer and Kinane, take care of business and make sure no one steps out of line. The money keeps on rolling in and Blake is sharing his life with the girl that he loves, Sarah Mahoney. Shame he had to murder her father to save his own skin, but at least she doesn’t know anything about that.

Blake never wanted to be boss, but who else is savvy enough to deal with all of the firm’s problems; like Braddock, the rogue drug dealer, who’s keeping too much of the take, and ‘The Turk’, Blake’s new source of ‘product’ who’s taken a million Euros down-payment on a shipment that never arrives. Newly-crowned Glasgow crime lord, Alan Gladwell, wants to do business with the firm, and the deal makes sense, but can Blake really trust the man whose brother he brutally murdered. Then there is his obsession with the beautiful but troubled Simone, who chooses to work in one of the firm’s massage parlours when she is so much better than that.

When one of his men takes two bullets in the back and someone tries to kill him, Blake struggles to stay in control.

From the heroin-laced high rises of Newcastle to the seedy back streets of Bangkok, in a world of contract killers, corrupt politicians, bent detectives, coke-snorting footballers, fixers, hookers and pimps, Blake is in a race against time to find his potential assassin and discover the truth in
The Damage. 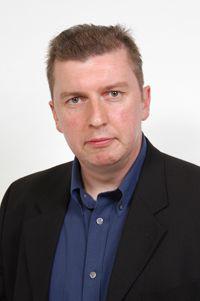 Howard Linskey
has worked as a barman, journalist, catering manager and marketing manager for a celebrity chef, as well as in a variety of sales and account management jobs. He has written for newspapers, magazines and websites on a number of subjects.
The Drop
is Howard’s debut novel, published by No Exit in 2011.

Originally from Ferryhill in County Durham, he now lives in Hertfordshire with his wife Alison and daughter Erin.

Howard is a long-suffering Newcastle United fan and Mike Ashley is not on his Christmas card list.

Critical acclaim for
The Drop

‘Linskey delivers a flawless feel for time and place, snappy down to earth dialect dialogue mixed in with unrelenting violence and pace. A Tyneside Dashiell Hammett to put Martina Cole firmly in her place.’

‘a brutal, hard-hitting debut which opens up Newcastle’s dark, violent underbelly like a freshly-sharpened stiletto’

‘a razor-sharp debut and Linskey is sure to be at the forefront of Northern crime writing in 2011. A writer to keep an eye on.’

‘A fast-paced, hard-boiled tale that zips along’

‘Linskey has a knack of expressing a mindset with clarity, humour and realism which along with the earthy vocabulary combines to create a marvellous tale.’

‘A cracker of a tale unrolled with great understatement but loaded with verve and pace. The backdrop is brutal, harsh and downright fatal for some, the characters jump right off the page, and I found the book difficult to put down. No Exit Press has found a real winner.’

‘A deftly written crime thriller, which really shows off Linskey’s skill at storytelling’

‘Brilliant. Gangster writing at its best.’

Also by Howard Linskey
The Drop

For Erin & Alison, as it ought to be

Critical acclaim for The Drop

I
would like to thank the following for their support and friendship during the writing of this book; Adam Pope, Andy Davis, Nikki Hurley, Gareth Chennells, Andrew Local and Stuart Britton. Thanks also to David Shapiro and Peter Day.

A very big thank you to Ion Mills at No Exit for publishing
The Damage
. Thanks to Alan Forster for the cover design and Claire Watts, Chris Burrows, Jem Cook and Alexandra Bolton at No Exit for their hard work on my behalf. A massive thank you to Keshini Naidoo for her intelligent and insightful editing.

I have huge respect for the team at Marjacq Literary Agency, particularly my agent Phil Patterson, whose time, help, advice and friendship are greatly appreciated by me. Thanks also to Isabella Floris for her efforts in foreign markets and to Luke Speed for his work on the TV option. A special thank you goes to David Barron and Stevie Lee at ‘Runaway Fridge’ Productions.

Finally, a massive thank you to my loving wife Alison and beautiful daughter Erin, for their love, faith and support, which means everything to me.

T
he body was propped up in a sitting position on the park bench, head back, arms splayed wide, as if the victim had been trying to embrace someone right before the bullet struck. The entry wound was the soft tissue of the right eye, leaving the rest of the face completely intact. If it were not for the dark, bloody hole where the eyeball had been you might have thought the victim was merely dozing. From the back it was a different story. The high calibre round, meeting little resistance, had gone through the man’s skull, tearing off the back of the head and taking most of his brains with it. The exit wound was a gaping, ragged and bloody mess the size of a grapefruit.

Detective Constables Jason Narey and Eamon Walker had been the first officers on the scene and Narey had winced when he saw the damage. The only positive thing about dying like that, reasoned Narey, was that you wouldn’t know a bloody thing about it. You’d be here one second and gone the next, dead in less than the time it took someone to click their fingers.

It was a strange sight. Most victims of gunshot wounds ended up lying on the ground. This one was still seated on the wooden bench he’d been occupying when the bullet struck, causing everyone around him to scatter, screaming in panic as they ran from the park. Someone managed to retain the presence of mind to call Strathclyde Police to tell them the Sandyhills Sniper had struck again. As luck would have it, Walker and Narey were nearby, following up a lead in an unrelated case and, from what Narey could make out, there was nothing here to contradict the caller’s assessment. Everything about the crime scene indicated this killing was down to the sniper.

The municipal park was eerily empty now except for the two Police officers and the murdered man. The detectives proceeded cautiously at first, even though they both knew the killer would be long gone by now. That was the MO of the sniper. Set yourself up so you are well hidden, select a target somewhere off in the distance, preferably a face in a crowd, to cause maximum hysteria after the shot, then take them out. There’d been three previous attacks, on seemingly random and entirely innocent victims. As soon as the shot was taken, the sniper disappeared into thin air, leaving no clues for the Police to pick up on, not even a spent cartridge. The only real evidence they were left with was the bullet, which invariably passed through the body of the victim and was found nearby, embedded in the first solid object it met. Ballistics reckoned the ammunition in the earlier killings was .308 and Narey had no reason to doubt they’d find an exact match to that calibre in the undergrowth somewhere close to this poor sod.

Don't Moose With Her (Bearbank Book 1) by Ariana McGregor
Unseen Academicals by Terry Pratchett
Of Wolves and Men by G. A. Hauser
The Tunnel of Hugsy Goode by Eleanor Estes
Hot for Pepper by Emily Ryan-Davis
The Spirit Keeper by Luznicky Garrett, Melissa
Vacaciones con papá by Dora Heldt
Blood on Biscayne Bay by Brett Halliday
BlueK Dynasty: The 1st Seven Days by m.o mcleod
Her: A Memoir by Christa Parravani