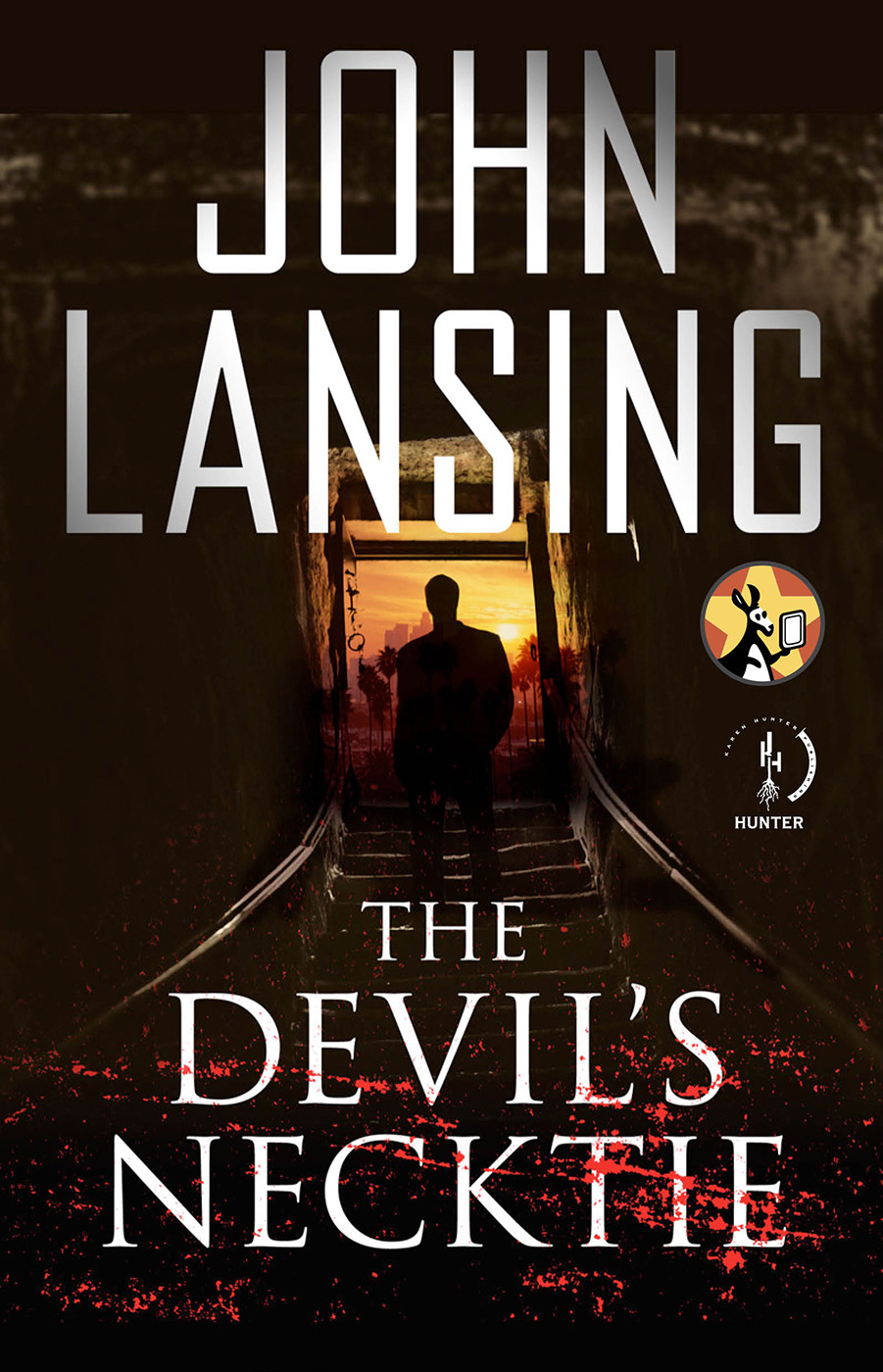 Sign up for our newsletter and receive special offers, access to bonus content, and info on the latest new releases and other great eBooks from Pocket Star Books / Karen Hunter Publishing and Simon & Schuster. 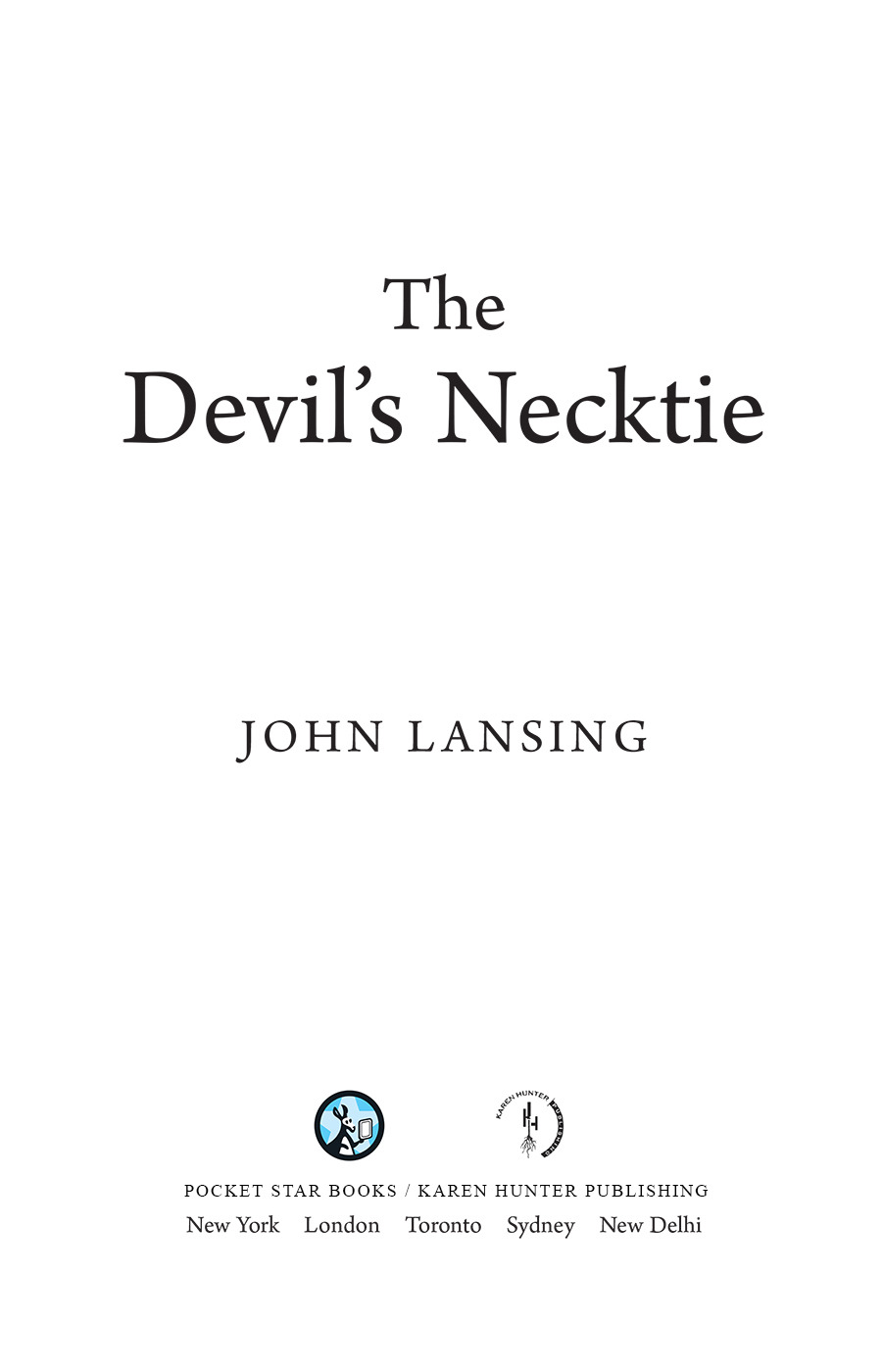 Jack Bertolino stood on the balcony of his loft in Marina del Rey, tending a dry-aged New York steak on his prized possession, a top-of-the-line Weber gas grill. He didn't miss winter, not one little bit. Here he was manning the barbecue in his new uniform, a black T-shirt and jeans, while his cousins were chasing heart attacks shoveling snow off their Staten Island driveways. That image never ceased to put a smile on his face. That and the salty ocean breeze that floated in over the marina.

Jack nursed a glass of cabernet and watched the long line of bright white FedEx trucks return home from their final deliveries and park in neat rows in the lot next to his building. It sure beat the sight of patrol cars jammed onto the sidewalk in front of a precinct house.

Early evening was Jack's favorite time of day. The sun was just starting to paint the clouds a muted orange. From his fourth-floor vantage point, Jack could see a string of jumbo jets in the distance, silently making their final approach to LAX. Stacked eight planes deep, their slim silver bodies glinted in the setting sun.

For the first time in Jack Bertolino's life, he felt at ease.

His cell phone chirped, snapping him out of his reverie. He tossed some Japanese eggplant onto the grill, closed the lid, and checked his cell phone screen for the name of the caller.

“MiaÂ .Â .Â . ,” he said instantly, his tone neutral, giving away nothing.

“All the planets are aligned, Jack. It's time for you to man up and make an honest woman out of me.”

Jack couldn't help but smile. Mia's throaty voice and light Colombian accent had the power to make a grown man weep. More important, it could make a bad man give up his secrets.

He hadn't really been surprised when he received her text. He knew it was only a matter of time. Payback's a bitch.

“I love it when you talk dirty.”

“Only for love or money.”

Although Jack was enjoying the back and forth, he was no longer in the business. “Why are you calling, Mia?”

Mia dropped her act as well. “We need to talk.”

“It's not a good time,” Jack said as he opened the lid of the grill and pressed his fork against the steak, checking for doneness.

Jack didn't reply right away. He did a quick analysis of how Mia could know he was living in L.A., what kind of trouble she might be in, what kind of blowback he was going to suffer just from having this conversation. He came to the instantaneous conclusion that however this new wrinkle in his life played out, it would definitely have an impact on his newly found state of bliss.

Mia answered some of his unspoken questions. “I'm still connected, Jack, and you're still on the radar screen. There are certain peopleâwho will remain nameless, because I'm not on your payroll anymoreâwho are not convinced you're out of the game.”

“I'm happily retired,” Jack fired back, wondering if his response sounded forced, wondering why he cared.

Jack didn't respond. His private life was none of Mia's business. He had strict rules when dealing with confidential informants, a line in the sand he never crossed.

But Mia had the kind of beauty that could make a man contemplate leaving his wife, his job, and his kids. Jack had never taken the bait, but had to admit he'd been tempted.

Mia was one of the best CIs in the business, and she and Jack had done groundbreaking work together. With the help of Mia and DEA agent Kenny Ortega, Jack and the team of NYPD narco-rangers he headed up had put away a heavy hitter in the cocaine trade.

Manuel Alvarez was the head of a Colombian drug cell that had been importing a thousand keys of coke into Florida on a weekly basis, and the poison was dripping into New York City. Jack and his group had put away a major cartel scumbag, and Mia had gotten rich.

The feds had a financial equation in place when dealing with CIs. The greater the quantity of drugs an informant was responsible for delivering, the more money it was worth to the United States government. They were happy to give to get. Mia did very well for herself at great personal risk. Informants had a short shelf life. Once a major domo got busted, the cartels worked very hard to discover where the “sickness” had come from. If your name ended up on the short list, you turned up dead.

Jack had made a promise to Mia that if things ever got too hot to handle, he would do whatever he could to help her out of the jam.

Mia was turning in her chit.

“Meet with me in an hour, after I get settled in.”

“It was a two-way street,” he reminded her.

“And I don't want it turning into a dead end.”

Jack was about to protest, but she clicked off. He turned back to his grill, but now he was unsettled. Mia had always been a cool customer, but there was an edge of panic in her voice. Jack let out an irritated groan. He shut off the grill with a hard snap. He wouldn't be able to eat anyway until he found out what the hell was wrong.

The San Diego Freeway was a more direct route to the house where Mia was staying, but Jack liked the way Beverly Glen snaked up the hillside to Mulholland Drive. Eclectic homes lined the tight canyon and his sterling gray Mustang GT convertible held fast to the winding road. Out here he felt as if he was in the country in the middle of the city.

Jack hung a right onto Longbow and felt a touch of vertigo as he made the sharp winding descent, leaning on his brakes most of the way. Two blocks down, he made a left onto Vista Haven. The street was thick with Beemers, Lexuses, and Mercedes. Someone must be having a party. Jack discovered it was the house next door to Mia's when the Mustang's British GPS voice informed him that he had arrived at his destination on the right.

The single-story midcentury modern home had an Asian feel. It was set back from the street, allowing Jack to pull onto the paver-lined driveway. He swung a one-eighty, so that his car was facing the street. Old habits, he thought.

Jack knocked on the large black-lacquered door and waited. He knocked again and waited, wondering if the GPS could have gotten it wrong and he was now standing foolishly in front of the wrong house. He could hear screams from next door as the partiers dove into their pool, followed by splashes, laughter, and the loud barking of the family's dogs. The music was rowdy, and even though a thick hedge separated the two properties, it did little to dampen the sound.

Jack was about to use his cell phone when the door opened and slender arms pulled him inside.

In the shadowed hallway Jack stared at Mia, taking in the changes she'd made to her physical appearance since the last time he had seen her. He was at a loss for words. Breathtaking would have worked. Her striking blue eyes, offset by her now darkened hair, were stunning. Her skin was perfect, her scent intoxicating.

Mia was saying words of welcome to Jack in Spanish, but he wasn't listening. He stood there mesmerized by Mia's pearl pendant earrings, which swayed gracefully as she tilted her head to look up at him with those killer eyes that crinkled slightly as she smiled. She was self-possessed, and aging well. Jack didn't know if it was her scent or the sway of her pendant earrings, but he was falling under her spell.

Mia kept talking as Jack's eyes moved from her eyes to her earrings, back and forth, guided by the hypnotic lilt of her voice and the tilt of her head. Jack could almost hear himself saying, “No fucking way,” as she stepped in closer, but he chose silence. Twenty-five years of discipline and resolve and lines in the sand disappeared as if they were an afterthought.

Mia folded into Jack's arms and he lifted her easily off the polished hardwood floor. As he held her close, he could feel her heart beating wildly. It reminded him of an injured sparrow he had cupped in his hands as a young boy. He realized that his heart now matched hers, beat for beat, as if an electric current was passing from Mia's body into his, then from Mia's lips to his.

Jack carried her down the hallway and into the bedroom. The duvet cover had been pulled back, as if Mia had foreseen the outcome of his visit. Jack didn't care. He felt good, damn good.

They never broke eye contact as they undressed each other. The sound of laughter filtered through the screen door, but Jack didn't hear.

He unclasped Mia's sheer lace bra and his lips found the pink swell of her breast. The slight friction of his teeth played over her taut skin, eliciting a ragged exhale of breath.

Jack gently laid Mia's head on the silk pillow, kissed the side of her neck, lingering to take in her scent, and then moved slowly down the valley between her perfect breasts. Mia grabbed his hair and guided him lower.

Her stomach quivered and her hips rose slightly as Jack traced her sex with his lips. Their eyes locked as he parted her with his tongue. Her moan was deep, haunted, and then hungry.

She rolled Jack onto his back and mounted him, rhythmically tightening and rocking.

He closed his eyes and calmed his breathing, wanting to prolong the feeling, prolong the perfect moment. He sat up, wrapped his arms around her smooth back, and pulled her tighter against him, slipping deeper inside. Then the lovers dissolved into a fury of flesh and lips.

They were wet inside and out as Mia buried her head in Jack's chest. He looked over the perfect curve of her shoulder and realized that the bedroom had an unobstructed view over the garden and pool to the valley below. The entire scene took on a dreamlike quality, as if they were perched on the edge of the earth.

Mia reached up and touched Jack's flushed cheek with her warm hand. He was a handsome, big-boned man with a thick shock of dark hair. Mia traced the thin strands of gray that feathered his temples with her perfectly manicured fingernails. She ran the back of her hand along the creases on his chiseled face, a road map of the years spent doing undercover work in New York City. She kissed the bump on the bridge of his otherwise straight Roman nose, a gift from a crack dealer named Trey he had traded punches with outside the Red Hook projects.

Mia stared into Jack's intense brown eyes, took a deep breath, and then spoke. It was almost a whisper, almost a prayer. “The huntress is being hunted, Jack. I'm so tired. I'm going to need some help disappearing. Will you help me,
mi amor?
”

“Count on it,” Jack said without a pause.

And then his cop muscle flexed and Jack hoped he hadn't spoken too soon.