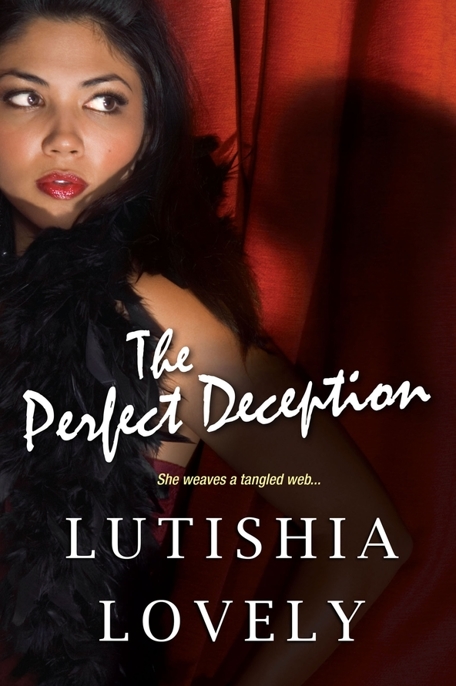 As always, Team Lutishia is the village that helps raise this literary child: Natasha, my Kensington family, you guys are the best. A special thank-you to Rebecca Cremonese, who handled a sinful amount of last-minute edits without putting out a contract on my life! Heading to New York soon, girl. Drinks on me!
To my family and my secret lover (long story . . . stay tuned . . . might end up in a book).

When Jessica came out of memory lane, the drama-filled reality show was ending. She muted the volume and refocused on the vague request in the out-of-the-blue e-mail that had rocked her world. If she refused outright, would there be any chance of a relationship? She doubted it. But if she answered yes, her purposely designed, solitary world could once again be filled with family and love . . . the illusion that came with painful consequences, and vague, hazy memories of a time when she was happy, when someone else cared.
Ironic that the raucous dialogue from a lowbrow reality show had aided her decision. Jessica fired up her iPad and began to type.
Hey Sissy: Sounds interesting. I want to hear more. Whatever it is, of course I will help you. Still can’t believe you wrote me! So much has happened. So happy you did and you’re right—there’s nothing like family. I love you. Your
real!
sister . . . Jessie.
ADS
15.4Mb size Format: txt, pdf, ePub

Gone for Good by Harlan Coben
The East Avenue Murders (The Maude Rogers Crime Novels Book 1) by Linda L. Dunlap
Egyptian Honeymoon by Elizabeth Ashton
The Shattering by Karen Healey
The Complications of T by Bey Deckard
Bellona (Part 1.5 of The Saskia Trilogy) by Aoife Marie Sheridan
The Bleeding Edge by William W. Johnstone
Close Your Eyes by Robotham, Michael
Valfierno by Martín Caparrós
After the Fire by Clare Revell