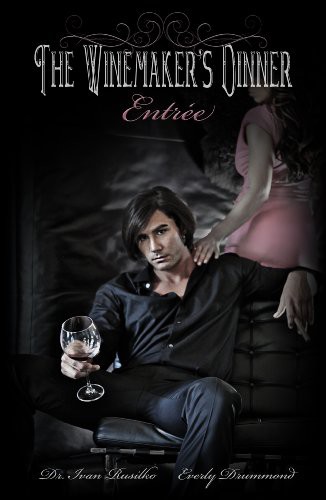 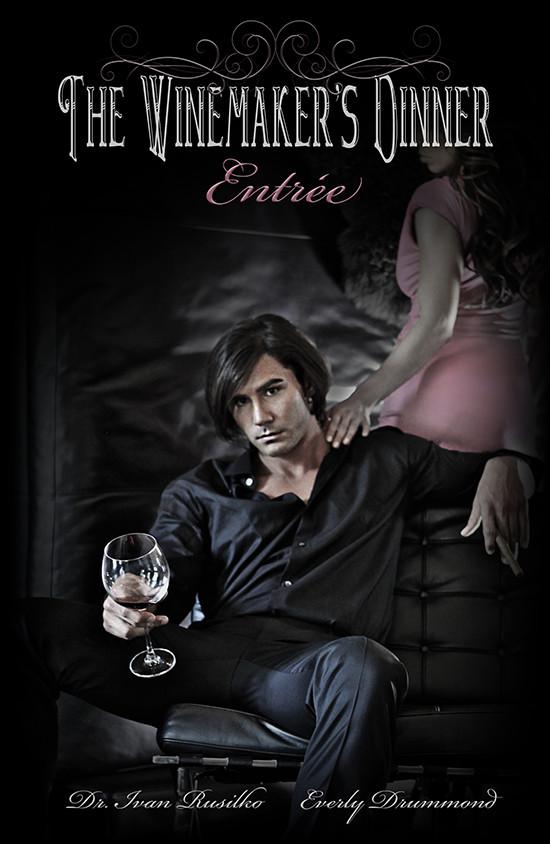 This book is dedicated to the hopeless romantics

that’s just waiting for them to find it.

The best sister, friend, and confidant a girl could ever ask for.

“T
HE
T
RICK
T
O
N
OT
O
VERCOOKING
T
UNA
is to stick to the ninety-second rule,” Jaden said confidently, smiling at the camera. “Make sure the oil is at the right temperature, add your fish, and sear for ninety seconds on each side.” She looked down at the raw slab of sashimi-grade tuna hanging from the tongs and slowly lowered it into the oiled cast-iron frying pan, igniting a series of fierce sizzles and crackles. As a drop of oil splashed on the inside of her wrist, she held in a string of vulgarity and continued to smile pretty for the camera.

As the aroma of searing tuna wafted through the air and filled the studio, she could practically hear the rumbling stomachs of the surrounding crew members. They’d been at it for ten hours straight, taking only five-minute breaks here and there to use the washroom and have Kat touch up her hair and makeup. With the weekend fast approaching, everyone was eager to wrap up this episode, “Tuna: The Way To A Man’s Heart,” and enjoy the nice weather the weekend promised.

Jaden’s smile widened at the thought of some time to herself. Lately her life had felt like one long rollercoaster ride. Fresh off a string of talk shows, guest appearances, and photo shoots, she was riding a high with no end in sight. She and Ivan had instituted a policy of never going more than two weeks without seeing each other, and it seemed to be the secret to their success. They’d been making things work despite the distance. She would fly to Miami once a month, and he’d come to LA. They’d negotiated their work schedules to allow for the long weekends. And oh, how she loved those long, lazy weekends of pure, unadulterated lovemaking. Okay, maybe it wasn’t
only
the sex she loved so much. The time they spent together was amazing—but man, oh man, the sex was great. God! There was still a week to go before she could hightail it to Miami. Ivan would be waiting, flowers in hand, looking sexy as hell and ready to…
Fuck!
The tuna was about to burn.

In an instant, Jaden’s attention returned to the semi-cooked piece of fish. With a flick of her wrist, she flipped it over and began to sear the other side, creating another wave of delicious aroma. She could have sworn someone in the back of the room sighed.

Through the bright lights and oil-slick haze the searing had created, Jaden noticed something out of the corner of her eye—something that stood apart from the standard five-man crew, hunched over from poor posture and oversized beer guts. No, it couldn’t be! It was her turn to visit Miami, and that trip was still a week away. She tried to focus on finishing the segment, but her scrambled thoughts were suddenly invaded by a distraction of another, less-desirable sort.

How the hell could Kevin bring in some new co-host, especially when the show was doing so well?
One Hot Kitchen
was her baby, her show that she’d nurtured from the very first shoot. So why, all of a sudden, did she need a co-host—and worse than that, one who was only riding the coattails of his famous father, Chef François Gris? Granted, Jaden admired Chef Gris, but his son was still a threat to her show and a burden she wasn’t in the mood to bear. Barely any experience to speak of and a womanizer to boot—no doubt he planned to
steal
his fifteen minutes of fame. And what if he wrecked the show in the process? Though she’d never even met him, Jaden was coming to loathe Damian Gris.

She cringed all over again at the thought of having to meet him at Kevin’s welcoming party on Sunday. She’d have to wear some silly evening dress, drive all the way up to the Hollywood Hills, and plaster a fake smile across her face, just to meet some playboy masquerading as a chef. She was going to despise every agonizing minute of working with this dumbass.
Goddamnit!

Once again, Jaden had let her mind wander almost too far, but she quickly snagged the perfectly seared tuna out of the pan. She regained her composure and continued talking without missing a beat. Turning toward another counter, where small bowls of ingredients had been laid out in a row, she gave step-by-step instructions for preparing a mint glaze, the very same glaze she’d created after being inspired by the Winemaker’s Dinner last year. At Bianca it had become her signature dish.

“First,” she began, picking up an empty bowl and a whisk. “Always make sure you combine your ingredients just before you glaze the tuna. Start by whisking together two tablespoons of sugar with three tablespoons of vinegar.” Jaden added the ingredients to the empty bowl and demonstrated. “Next, always be sure your mint is fresh. You can determine its freshness by grinding one of the leaves between your fingers. By doing this, you will release the essential oils. The stronger the aroma, the fresher it is.” She held the crushed mint leaf to her nose and inhaled. “It’d say this is pretty—”

She stopped midsentence, and her knees felt weak. Beyond the scent of fresh mint, there was something else in the air now, something overpowering and
very
familiar—something her mind translated as hair-pulling, lip-biting, mind-blowing, earth-shattering moments lost in Ivan’s embrace. Her instructional banter came to a grinding halt, and her eyes zeroed in on the dark figure near the far door of the studio. “No, it couldn’t be, could it?” Jaden whispered as she willed herself to not get her hopes up. Ivan had a medical conference in Washington, didn’t he? He might be amazing, but being in two places at once was impossible.

As Jaden squinted against the bright lights, her eyes slowly made sense of the tall figure taking shape in front of her: wavy brown hair that brushed the collar of his pressed shirt, a bouquet of her favorite wildflowers, a blue suit that hugged every muscle of his body, and that all-too-familiar smile. Ivan.

All thoughts of the show and the crew and the tuna vanished as she dropped the sprig of mint and rushed toward him. “Take five!” she yelled as she ran across the studio floor, arms outstretched. Ivan tossed the flowers aside and caught her in midair. Their bodies melded into each other’s as Jaden wrapped her legs around his waist, smiling against the soft contour of his lips. She grinned as she felt him cop a feel of her ass beneath the stiff kitchen whites, and they held each other tightly as their tongues dove deeper. This was no “Nice to see you” kiss. This was a passionate moment between two people desperately in love. Jaden trembled as she felt Ivan stiffen between her legs. She loved having this effect on him. She reciprocated by pressing herself into him and grinding. She could tell he needed this moment just as much as she did, and for a brief second there were no ogling cameramen, no hot spotlights beaming down on them, and no sexy-yet-annoying new co-host on the way. Just then there was only the two of them, and everything in the world seemed right and perfect.

Slot Machine by Chris Lynch
The Long Day of Revenge by D. P. Adamov
Waiting for the Teacher by Erica Storm
An Urban Drama by Roy Glenn
Tribulation Force: The Continuing Drama Of Those Left Behind by Lahaye, Tim, Jenkins, Jerry B.
Ride a Pale Horse by Helen Macinnes
Wired for Culture: Origins of the Human Social Mind by Mark Pagel
Chalice 2 - Dream Stone by Tara Janzen
Suspicion of Guilt by Tracey V. Bateman
Sick Day by Morgan Parker