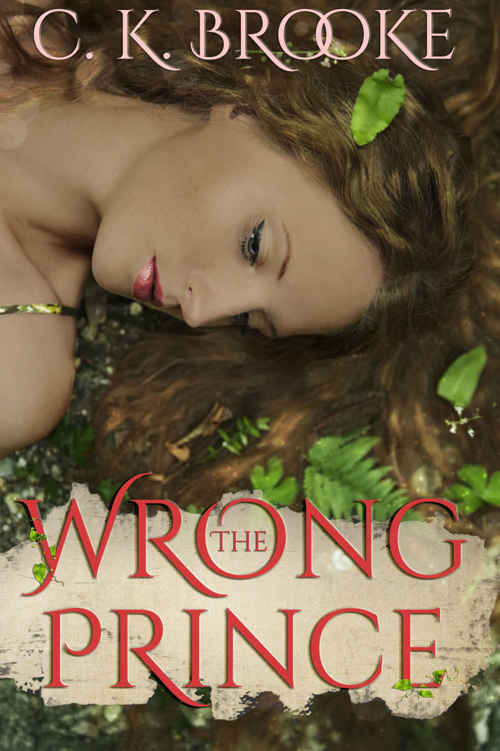 This is a work of fiction. All of the characters, organizations, and events portrayed in this novel are either products of the author’s imagination or are used fictitiously. Any similarity to actual events or people, living or dead, is entirely coincidental.

All rights reserved including the right to manufacture in any format, sell, or distribute copies of this book or portions of this book. For information, visit
http://www.48fourteen.com
.

THE BATTLE RAGED. AGAINST THE southern sky, the Llewesian army swung their swords and charged warrior steeds at Tybiria’s knights. The soldiers’ shouts, thick as the milky clouds, smothered the air and competed with the clanking and whirring of swords and arrows.

Georome Straussen, the younger Prince of Tybiria, catapulted another arrow from his slender bow. The weapon soared a brief distance before lodging in the gut of a gray-clad attacker.

“Nice work, Your Highness,” panted Sir Kellan from his left.

Prince Geo concealed a grin, aiming for another Llewesian, and another. He ducked as an enemy arrow darted past his ear. It struck one of his father’s knights behind him. With a muffled cry, the man collapsed onto the grass, already slickened with blood. Geo’s stomach clenched. He hadn’t the time to turn and see who it was. His valiant horse had already advanced several paces farther into the fray, and it was all he could do to avoid the swords and arrows flashing in his face from every direction.

The prince extended a sturdy arm over his shoulder, reaching into his quiver to discover it exhausted of arrows. His tongue was on the cusp of an oath when a familiar presence rode up to his side, and fired an arrow that only implanted straight into the ground.

“Dmitri.” Geo mopped his brow. “Pray, may I borrow from your quiver?”

The Crown Prince turned his helmeted head, foggy spectacles slightly askew. “With pleasure, brother.” Without hesitation, Prince Dmitri extracted a cluster of oaken arrows from his personal quiver and dropped them into Geo’s.

“Cheers.” Geo bobbed his stout chin. In unison, the royal brothers aimed their identical weapons and released. The arrows glided together until neither knew which was whose. The first landed by the hoof of a spotted horse. The creature whinnied and stumbled back as the second arrow struck its rider precisely in the heart.

Time slowed as the youthful figure toppled down, improperly-applied armor meeting the ground with a
thud.
The helmet rolled away, revealing waves of crisp, golden hair, shimmering as it caught a fleck of sunlight through the parting clouds. The Llewesians surrounding him gasped. At once, they lowered their swords, falling to their knees beside him.

“Prince Weyland,” a Llewesian soldier cried, cupping the boy’s head between his hands. He peered up at his fellows imploringly. “Had any of you knowledge that the prince fought among us today?”

Somber, the others shook their heads, even as the battle blazed across the field.

The soldier stood, cradling the limp and bleeding corpse of the thirteen-year-old Prince of Llewes. Tears streaked his weathered cheeks as he bellowed, “Cease, I beg you. Our prince is dead!”

Geo’s pulse quickened as the sparring about them gradually subsided. Along with his brother, Tybiria’s knights, and the army of Llewes, he gazed at the lifeless form in the enemy soldier’s arms. Everyone seemed equally shocked that the underage lad had snuck into battle, evading detection until the moment of his demise.

Grimacing, a second Llewesian wrested the arrow from the boy’s chest. He examined it a moment, then raised it overhead. Before all, he displayed a familiar oaken arrow bearing the Straussen family crest, just above the Crown Prince Dmitri’s engraved initials.

With howls of defeat, the opposing army retreated, waving white flags of surrender. A roar of victory erupted among the Tybirians, and Geo was lost in the crowd as the knights showered cheers and praise upon his elder brother.

THE MOON WAS BUT A scant crescent, pale against the midnight sky. Luccia Camerlane, daughter of the Baron of Backshore, had deemed it perfect before securing her hood overhead and venturing with stealth to the pavilion on the other side of the lake.

He awaited her there, as promised. A suggestive grin curved his mouth, and he’d already taken the liberty to unfasten the throat of his blouse. In spite of her intentions that evening, Lucie smirked. Such unabashed presumption. No question what the younger Prince of Tybiria anticipated that night. So he assumed their every encounter would invariably lead him to partake of his pleasure, did he?

And partake of it, he did. Lucie never did learn how to tell him no. Or rather, she’d never wanted to. As it were, she presently lay perspiring in his arms, like always, her glistening caramel limbs entwined with his. Her amethyst pendant, which she never removed, rested heavy between her breasts, the meager moonlight illuminating its clever angles.

Geo’s eyes connected with hers. “Lucie,” he whispered, voice dripping with affection. He threaded strong fingers through her golden brown hair. “There’s something I wish to say to you. For some time, I’ve been—”

“Geo,” Lucie interrupted, heart thudding. Whatever he wanted to tell her would be irrelevant by then, for she was on the verge of breaking both their hearts.

Truly, Lucie hadn’t meant to make love with him again that evening. She’d only requested the meeting to relay the crushing news. In private, she had fussed and fretted over her predicament, and spent hours rehearsing elaborate explanations to impart to her royal lover. Even so, she knew not how to tell him.

The softness in the young prince’s eyes, coupled with his expression of mild confusion further pained her. Her breast aching with regret, she extended a hand to stroke his face. “My father has selected a husband for me.”

His features stiffened.
Oh, Geo,
she thought mournfully, in the silence that followed.

At last, he replied dryly, “So, I take it you shan’t be my date to my brother’s engagement party?”

Lucie sighed. The jest was too ridiculous to qualify with a response.

He then inquired, more seriously, “And to whom has your hand been promised?”

Lucie dropped her gaze. In truth, she didn’t know. Her father hadn’t disclosed the identity of her betrothed, and she had known better than to ask. But to admit so to Geo would only complicate matters.

Lucie was well aware of the prince’s persistent nature. The unyielding young man won for himself anything he desired—including her. Surely, as a virtuous damsel, she would never have dreamed of succumbing to a man’s passions prior to matrimony! But it wasn’t as though a mere baron’s daughter could ever wind up with a prince. Nay, their union would never be permitted.

Lucie’s mind was fast at work. The only way to ensure that Geo wouldn’t chase after her, creating a scandal and tarnishing both their families’ reputations, was to fabricate a lie. One that would deter the prince from her, permanently. Much as she adored him, and the past nine moons of their affair had been indescribable—but secret—bliss, the pair knew all along that they could never be. It was time to part ways.

“He is someone quite close to me,” lied Lucie, extracting herself from his arms.

Geo reluctantly relinquished her, his brow knit. “Close?” he repeated.

“In the same manner as you and me,” she mumbled, retying her undergarments. Her cheeks burned to utter such a claim, although it was untrue.

The man blinked in disbelief. Lucie looked away so as not to behold the shadow of pain expanding across his comely features. She draped her gown overhead as he straightened, his fibrous chest heaving somewhat.

Detesting herself, Lucie mustered the audacity to continue, digging a deeper trench of sorrow between them. “Look, Geo, it’s been a pleasant romp.” She tossed her long, dark hair out from the collar of her gown, forcing a grin. “But you didn’t actually think all of this meant anything beyond sport, did you?”

His face hardened. “I suppose not.”

She inhaled. He was angry—good. Let him believe she’d betrayed him. It would be easier that way, for both of them.

He pulled on his trousers as she stepped back into her slippers. “Well,” she clasped her hands with a nonchalant bow of her head, “goodbye then, Your Highness.”

Geo frowned. “Congratulations on your betrothal.” His tone was flat.

Lucie said nothing more to her heart’s sole desire as she left the lakeside pavilion for the final time. Amidst her moonlit tears, the young woman prayed that her cruelty had obliterated his yearning for her, and that the prince would move on, at last.

Wylde by Jan Irving
The Banana Split Affair by Cynthia Blair
Fire at Twilight: The Firefighters of Darling Bay 1 by Ashe, Lila
Missing Reels by Farran S Nehme
Grim Crush (Grimly Ever After) by S.L. Bynum
Lyon by Elizabeth Amber
Don't Tell Me I Can't Do It! by Erica Miller
The Fire Children by Lauren Roy
Gods in Alabama by Joshilyn Jackson
The City of Falling Angels by John Berendt