Read What She Saw Online 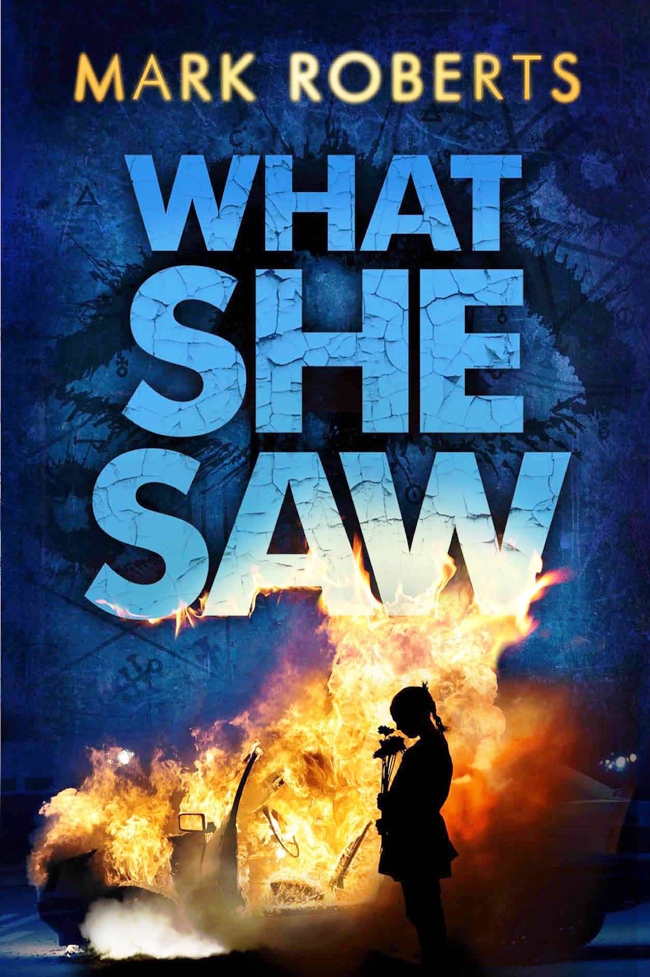 M
ARK
R
OBERTS
was born and raised in Liverpool and was educated at St. Francis Xavier's College. He was a teacher for twenty years and for the last ten years has worked as a special-school teacher. He received a
Manchester Evening News
Theatre Award for Best New Play. This is the second novel in the DCI Rosen series after the acclaimed debut,
The Sixth Soul
. Discover more at
www.markrobertscrimewriter.com
. 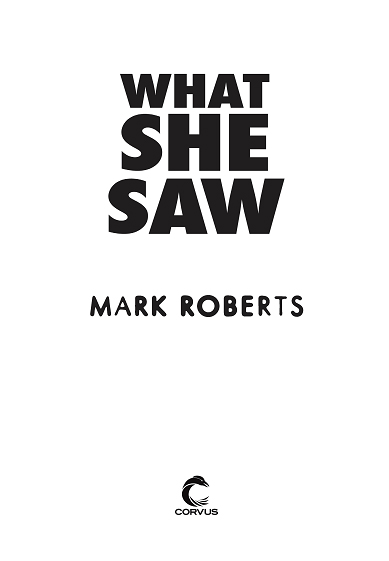 First published in trade paperback in Great Britain in 2014 by Corvus, an imprint of Atlantic Books Ltd.

The moral right of Mark Roberts to be identified as the author of this work has been asserted by him in accordance with the Copyright, Designs and Patents Act of 1988.

This novel is entirely a work of fiction. The names, characters and incidents portrayed in it are the work of the author's imagination. Any resemblance to actual persons, living or dead, events or localities, is entirely coincidental.

For my daughter, Eleanor

For thy sweet love remembered such wealth brings
That then I scorn to change my state with kings
.

I'd like to thank Dr. Chris Grocock, Veronica Stallwood, Sara O'Keeffe and all at Corvus, Peter, Rosie and Jessica Buckman, Linda and Eleanor Roberts.

As she reached the corner of her tenement block, Claude House, she saw light flickering on the surfaces of car windows in the street and felt compelled to turn.

There was a car on fire in Bannerman Square. Next to it two figures, silhouettes, moved swiftly from the flames in her direction.

She ran as quickly as she could, panic mounting inside her with each stride. She could hear the echo of their footsteps as they followed her around the corner.

Macy lengthened her stride, gripping the Â£10 note she was clutching in her damp fist. But they were like lightning, striking closer with each step. She could smell them.

Macy tried to scream but her voice was trapped.

She stumbled, lost her rhythm but kept on her feet.

She could hear their mingled panting on the edge of the breeze.

No one around. Just her. A ten-year-old girl on her own. And them.

And now they were right behind her.

She could feel their anger as they caught up with her. She could smell the petrol as they surrounded her in a cage of flesh.

One behind her. One in front, massive and oozing menace.

In the distance, back on Bannerman Square, she heard the sound of a child screaming.

She looked up into a face wreathed in darkness. His hood was up. And, when she turned back, the other was the same.

She stared down at her feet and the shaking started.

On Bannerman Square, there was an explosion.

A pair of hands dug into her shoulders, each finger pressing into her, enjoying her pain.

A whisper in her ear, sour breath drifting inside her.

âDid you really think you could out-run us, little bitch?'

T
wo places. One time. An impossible choice.

As Detective Chief Inspector David Rosen ran towards the brightly lit entrance of Lewisham Hospital, he saw himself reflected in the darkened surface of the glass doors. Late forties, thickset body, dark eyes and dense black hair plastered to his head by rain, he wished he was as fit and lean as he'd been in his twenties so he could have made it faster from the car.

His reflection vanished as the automatic door slid back and he was inside, searching the direction board for A & E. The paramedic he'd spoken to on the phone had said Thomas Glass had suffered horrific burns but was still conscious and talking.

The kid was an eyewitness. The brutal truth was that his evidence was crucial. That was why Rosen, leader of the murder investigation team, was there and not at the scene of the crime at Bannerman Square.

Rosen caught up with his deputy on a windowless corridor, illuminated by fluorescent strip lights. DS Bellwood, a tall black woman
with braided hair drawn tightly into a band at the back of her head, walked ahead of him.

Rosen noticed Bellwood wore a sweat-stained T-shirt, jogging bottoms and trainers beneath her raincoat. She'd been working out in the gym when he'd put through the action stations call.

âAre his mum and dad here?' asked Rosen. He dreaded what awaited them and was filled with sadness and fear for them. Their shared life as parents was irreparably and horrifically changed.

âNot yet.' Rosen and Bellwood exchanged a glance of recognition. In a living nightmare, it was their job to orchestrate order from chaos as quickly as they could.

âYou want me to go to the scene now that you've arrived?' asked Bellwood, to the point and as businesslike as ever.

âGold and Corrigan are already there. Feldman's in charge.'

She nodded. Good. The three core members of Rosen's MIT.

Rosen felt short of breath and his chest was tight. Twenty-three minutes earlier, he'd been in the kitchen of his home in Islington, bottle-feeding his sleep-resisting son; now, he rushed towards nine-year-old Thomas Glass, who'd been missing from his home for eight days.

Rosen thought he heard footsteps following them but when he looked over his shoulder there was no one there. His voice dropped a notch.

Corrigan, great with finding and handling evidence; Gold, a people person, taking care of the witness.

âThe teenager who called the paramedics. The Prof's orchestrating the rest of the troops.'

Bellwood had nicknamed DS Feldman âthe Prof' because of his ability to concentrate for hours and retain information photographically. The nickname had stuck and Feldman liked it.

Rome: A Marked Men Novel by Jay Crownover
The Fall of Never by Ronald Malfi
The Love Affair of an English Lord by Jillian Hunter
Blackwing Wolf (Kane's Mountains Book 2) by Joyce,T. S.
Just Another Judgement Day by Simon R. Green
The Best I Could by R. K. Ryals
Emerald Fire (Christian Romance) (The Jewel Series) by Bridgeman, Hallee
Blue Moon by Marilyn Halvorson
Remember This by Shae Buggs
Untouchable by Scott O'Connor