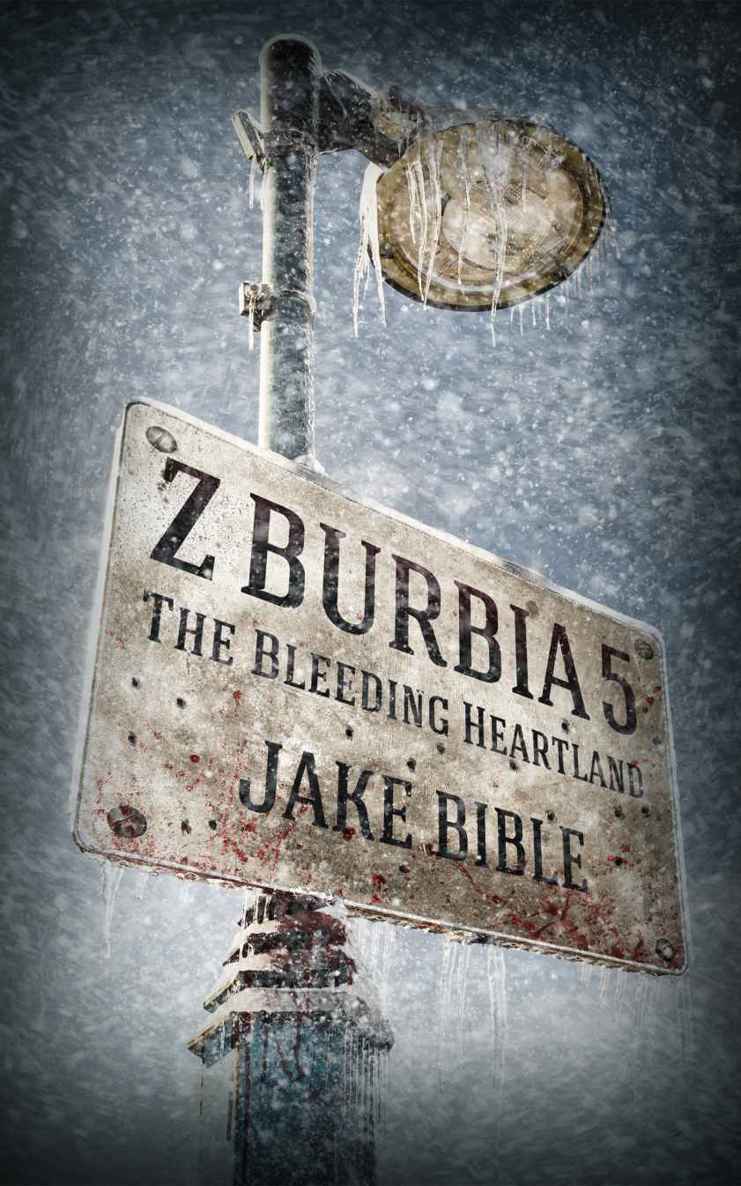 Meetings are fun! SO FUCKING FUN!

Sorry. Sorry. I really shouldn’t knock meetings. I mean, meetings are what has saved us from the zombie hordes all these years during this fucking apocalypse, right?

NO, THEY HAVE NOT!

“No, you didn’t,” Stella grumbles.

“Sorry, I was just thinking about how much I love meetings,” I smile.

“None of us love meetings, Long Pork,” Critter snaps. “But what the hell else are we going to do when we’re camped at night? Play fucking charades? You have one hand, you moron. You can’t even tap your wrist to mime two syllables!”

“Let’s call it a night and get some sleep,” Stuart sighs as he stands up and stretches. “We have a long haul tomorrow. And if it’s like the past few weeks, we have a lot of actual hauling too.”

“Ha!” I snort. “I see what you did there! Because we have to haul all the stupid fucking trucks and cars out of the way just to get down the road!”

I puke. All over Stella’s lap.

“Son of a bitch,” Critter mumbles as he walks away from my growing puddle of sick and into the back of the RV. “You’re cleanin’ that up.”

33 days. That’s how long it’s been since we left Knoxville and Cannibal Road. 33 motherfucking days.

It wasn’t so hard to get from Knoxville to Nashville. But Nashville was a nightmare to get past. Need to stay awake for the rest of your life? Just picture a bunch of Zs dressed as rhinestone cowboys chasing your ass. Well, not so much chasing, as sort of shuffle skipping after your ass. It’s like the gayest cowboy chorus line from Hell got turned into Zs, and still remembered their choreography.

Then getting out of Nashville sucked more. Instead of heading straight for St. Louis as planned, we had to go up to Louisville because of washed out roads and massive Z herds.

“Jesus, Jace, you’re burning up,” Stella says as she puts the back of her hand to my forehead. John hands her a couple of towels. “Thank you. Maybe we should get Dr. McCormick in here and check him out.”

I look around the RV at the worried faces and give everyone a thumbs up. And puke again for good measure. Hey, is that a bucket? Who grabbed a bucket?

“Where’d the bucket come from?” I grunt.

“Not anymore,” I reply, then heave-ho.

I can hear voices and sort of see the worried faces in a swimmy-vision kind of way. Phew, whatever has my innards by the short and curlies sure is messing with my head. I feel funky. Funky poopy. Funky poopy- BLARFGUGHHUEK!

Okay, so I have mentioned lots of names. Buzz, Stella, Critter, Stuart, John, Melissa. If you don’t know these people by now then fuck you. Why do I even bother …

You want a recap? Again with the fuck you, you stupid fucking- HURKGLOPPPPPPP-PPP-PPPft.

Recap: used to live in Asheville, NC in a subdivision called Whispering Pines. Z-Day hits, and we turn the neighborhood into a locked down sanctuary. Then I blew it up. Didn’t want to, but there were bad guys. After that we tried to fix it. Guess what? More bad guys. Then more bad guys. And a dirty bomb. Asheville is a radioactive yuck zone. Left North Carolina and barely made it through Knoxville, TN and the oh so fucking fun Cannibal Road. There was a guy named Barfly there. He was a dick, bro. Got out of there, made it through the Dead Ole Opry in Nashville, nearly got our asses handed to us in Louisville, KY (ha ... KY), and now we are trying to get to Kansas City even though Dr. Kramer says it’s scorched earth.

Oh, and fuck the Consortium, who are probably coming after us. Fuck, they may have even sent some super skilled, brainwashed, killing chicks to wipe us out.

“Jace? Baby? What are you saying?” Stella asks, lifting my face from my personal puke bucket. “What’s that about Elsbeth?”

Was I talking out loud?

“Hey, we have a problem,” my son Charlie says as he steps inside the RV. “Half the fucking camp is throwing up right now.”

“And shitting themselves,” my daughter Greta adds as she shoves Charlie out of the way and steps into the RV. “Jesus! What’s that smell?”

The eyes in the swimmy-faces go very wide, and I feel several hands lift me up and pretty much eject me from the RV right before the unthinkable happens.

I am puking and shitting myself, yet that smirk shines down on me like an evil beacon in the night. Teenagers, man. They have sarcasm superpowers.

“Lots of shit, actually,” Greta replies. “Just so we’re really clear, I am not wiping his ass. That’s all you, Mom.”

“Thanks, sweetheart,” Stella replies. “Your kindness is so overwhelming.”

Let us not discount the sarcastic abilities of a mother of teenagers, either.

“How many are we looking at, Doc?” Lourdes asks from the back of our little crowd.

I don’t even remember seeing Lourdes in the RV. Was she at the meeting? When did she show up?

“I was there the whole time, Jace,” Lourdes replies.

“Yeah, baby. Best to just not open your mouth,” she says.

“Not in the cards,” I say as I barf up one kidney and half my pancreas. How my pancreas split in two, I have no idea. Pancreases are silly that way. Silly splitting in two pancreas.

“Shit,” Lourdes says as calls for help ring out from our little RV camp.

We started with fifteen RVs, but we’re down to ten now. A couple broke down, a couple were overrun by Z hordes, and one just disappeared in the night. No fucking clue where it went. All the people inside, all the supplies, everything was gone in the morning. No one heard a thing, no one saw a thing. Fucking bizarre.

So, ten RVs circled like pioneer wagons, with our few flanking vehicles spaced out around them. Way out past our little camp is the canny camp. I think I see a campfire flickering, although we aren’t supposed to have campfires. Lourdes ordered that since out here they can be seen for miles. But the cannies aren’t exactly beholden to our fearless military leader (Critter is the civilian leader and technically he outranks Lourdes, but I’ll leave that between them), so there are campfires.

“You know, there’re other people that can help with the medical stuff,” Greta snaps at Dr. McCormick. “Why do I have to always help?”

“Because you have a knack for it,” Dr. McCormick says. “And everyone else that even has a fraction of your skills is already helping. Reaper is overrun with cases in half the RVs.”

“I don’t think so,” Dr. McCormick says. “With the little rations we have, we’d all be sick right now. It has to be some bug.”

“That hospital in Louisville,” Stuart says. “We probably picked it up there when we scavenged supplies.”

“Jesus,” Dr. McCormick sighs. “We’ll need to gather all of that back up and quarantine it. We can’t afford to throw the supplies away, so just bag them up and keep them away from everyone else. I’ll figure out how to sterilize them later. But, for now, I need all hands on deck.”

“This is not good,” Dr. McCormick says.

“Ya think?” I ask just before spewing bile all over the ground. Spewing bile is good, it means my stomach is almost empty. Uh-oh. “Uh-oh.”

My bowels are still plenty full, though. Well, not so much anymore after this last blast from the ass.

“We need to clear the RVs,” Dr. McCormick says. “Anyone not sick will need to sleep outside tonight so we can separate those stricken from those not stricken.”

“It’d be a whole lot easier for clean up if the pukers and shitters were outside,” Critter calls from the window of his RV. “We could just hose them down once they’re done.”

“It’s dropping into the twenties,” Lourdes counters. “People will freeze.”

“Sick in the RVs, well outside,” Dr. McCormick orders in a voice that even Critter doesn’t argue with. He just shuts the RV window and pulls the drapes closed.

“He realizes that means him too, right?” Lourdes says.

“I’ll let you break it to him,” Dr. McCormick says. “I have other problems.”

“Let’s get tents set up, and boost the perimeter watch,” John says. With this many people outside, there is bound to be noise, and that’ll bring the Zs.”

“My people will handle the perimeter, if Melissa can handle the tents,” Lourdes says.

“I got it,” Melissa nods, then looks at Buzz. “Rally the boys, we got tents to set up and people to piss off.”

“We won’t piss them off if we ask nicely,” Buzz replies.

“I’m not in an ask nicely mood, Buzz,” Melissa says. “Go get our brothers and round up Critter’s men for Dr. McCormick. She’ll need help moving the sick.”

“Move your ass, little girl,” Stella growls. “We all pull our weight. I’ll come join you once I pull your father’s pants off, and get him cleaned up.”

“I wish that was sexy talk,” I mumble as I collapse onto the hard, cold dirt of the abandoned field we stopped in. I press my fevered head into the cool earth and sigh. “That feels good. Oh, crap. CRAP!”

So, my front half is nice and chill against the ground, while my back half is a raging inferno of diarrhea.

“We don’t have a huge water reserve,” I hear Stuart say. Stuart didn’t leave me! “Wipe what you can with the grass and set that aside. We’ll probably have to bury it or burn it.”

“No,” Stuart says. “But if we bury it and someone else comes along and digs it up then we’re spreading whatever this disease is.”

“Who would dig up grass covered in shit?” Stella snaps, tugging at my jeans in a not so gentle manner.

“They may think it’s a cache of supplies buried,” Stuart says.

“Make it look like graves,” I suggest then clench. “Back off! Back off! FIRE IN THE HOLE!”

“Oh, for fuck’s sake,” Stella cries as she scrambles away from me. Just in time too. “I got this, Stuart. You should go help secure the camp.”

“I’m not going anywhere,” Stuart says. “John and Lourdes have it covered. I’ll keep an eye on you and Jace.”

“You called me Jace,” I sigh as a hot air balloon’s worth of gas escapes my ass. “You didn’t call me Long Pork.”

“I didn’t want to kick you while you’re down,” Stuart says. “Get well, and it’ll be back to Long Pork.”

Stuart hasn’t been happy with me lately. For some stupid reason we have been butting heads left and right. I think the comment I made back outside Knoxville about him being Brenda’s trigger man kind of ticked him off. Don’t blame him, really. Being connected in any way to that bitch would tick me off too.

The Playboy Prince by Nora Roberts
Dial by Elizabeth Cage
Heaven Looks a Lot Like the Mall by Wendy Mass
Antártida: Estación Polar by Matthew Reilly
Stories for When the Sun Goes Down (Sexy Anthology) by Harlem, Lily
Zelazny, Roger - Novel 07 by Bridge of Ashes
Spanish Bay by Hirschi, Hans M
06 - Rule of Thieves by C. Greenwood
Warrior and the Wanderer by Holcombe, Elizabeth
Hot Six by Janet Evanovich